Tiny Kitten Cuddles Up to His Rescuer In the Office and Offers Him Help...

A tiny kitten offered a helping paw to his rescuers at their office after they gave him a second chance at life. 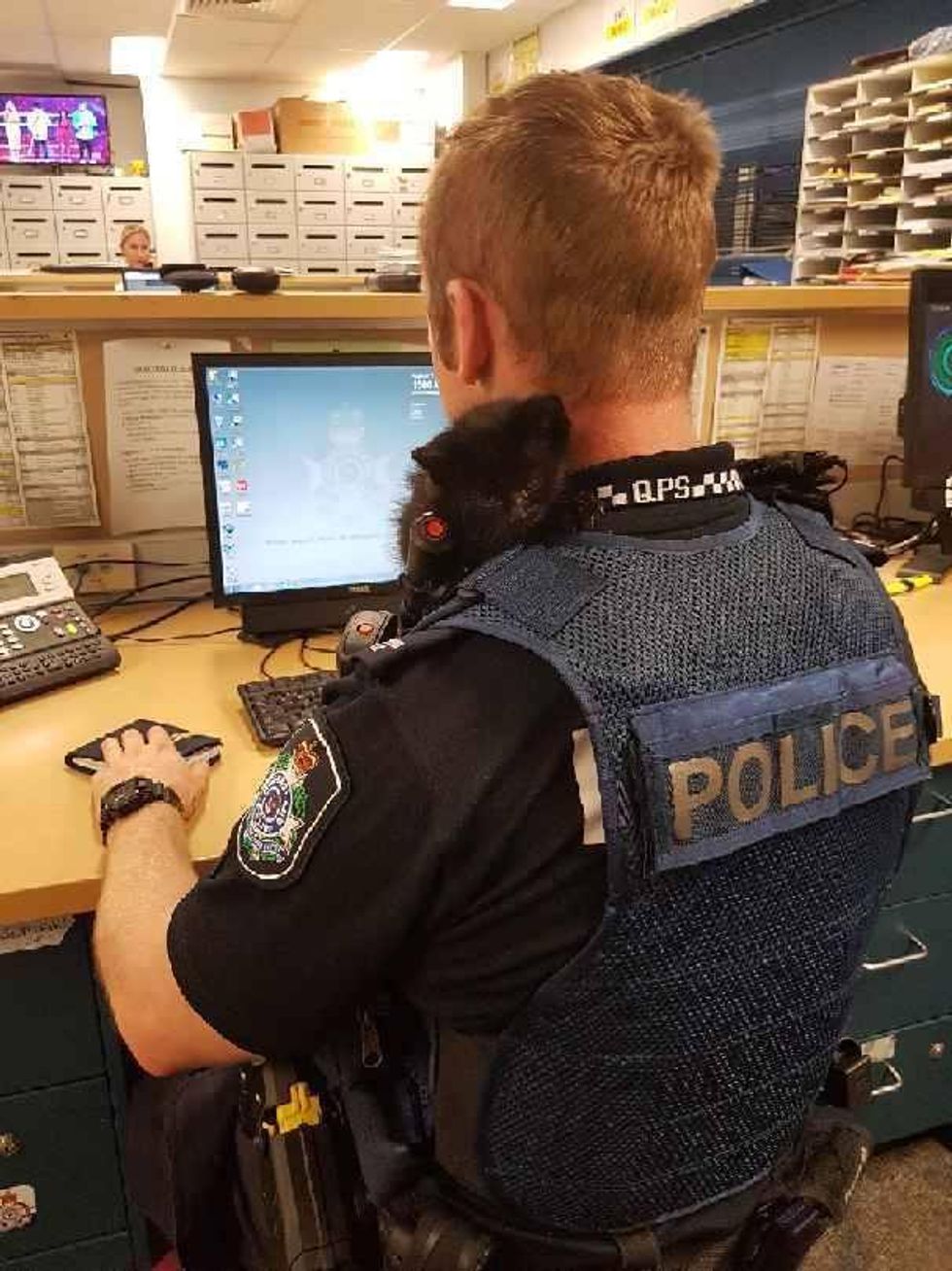 A little black kitten was rescued by the police officers in Brisbane, Queensland, Australia. They took him into their office and the kitten quickly stole their hearts.

The fur buddy got to spend some quality time with his human friends and even offered them a helping paw.

He wrapped around an officer's shoulder and whispered purrs into his ear while he was working on a computer. The officer was so happy to have a little feline assistant that he didn't have the heart to move. 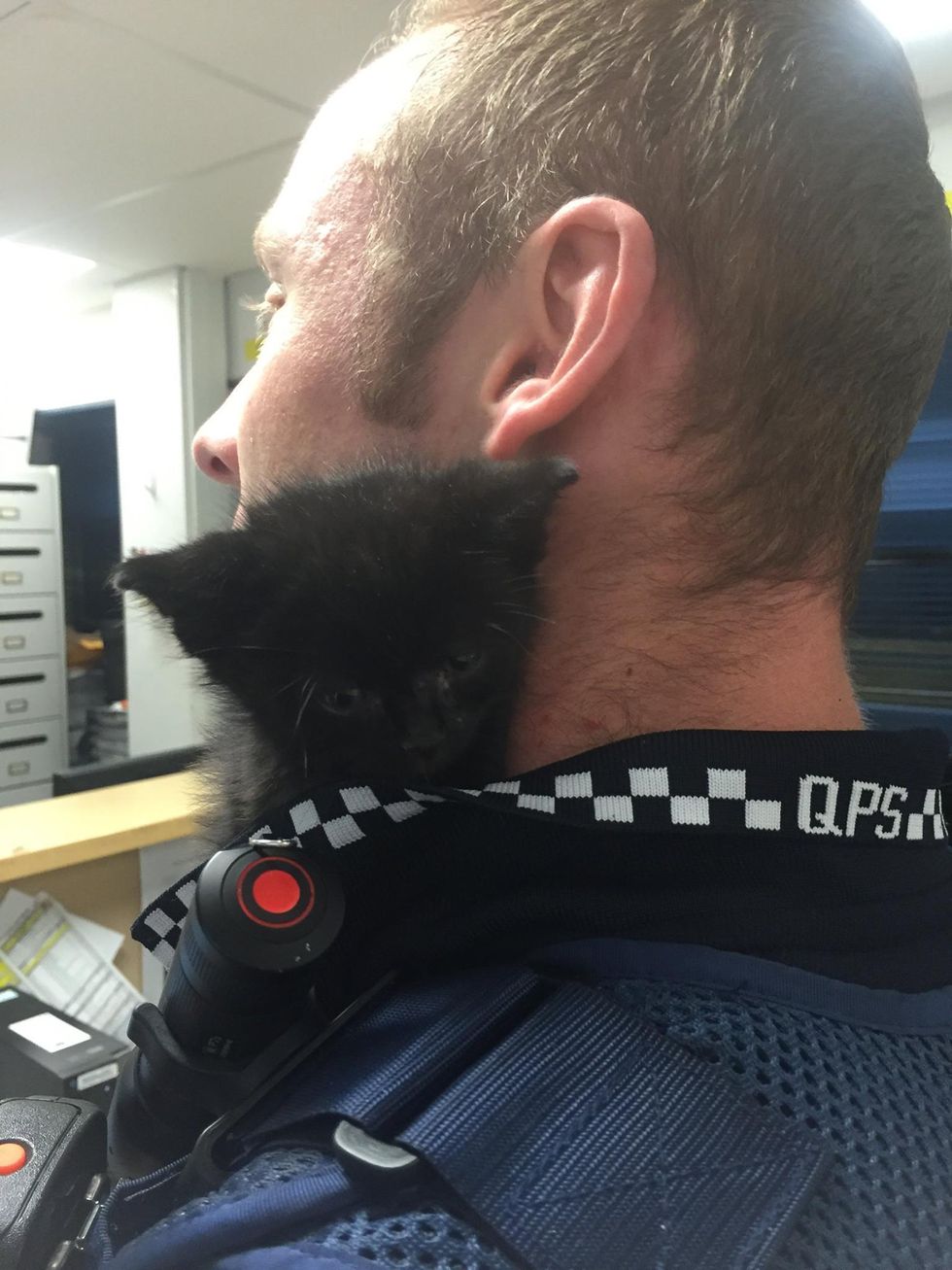 The officers at the Queensland Police Service were so smitten with their tiny helper and decided to share this cute moment on social media with a pun.

"This kitten was considering becoming a purr-amedic but was feline the paw-lice life instead. He is now wanted on multiple counts of stealing officers' hearts."

According to a commenter, Billy-Jo, they have found the kitten a loving home where he will continue the cuddle-fest with his lucky humans.

Related story: This Company Pays Their Employees for Every Cat They Rescue