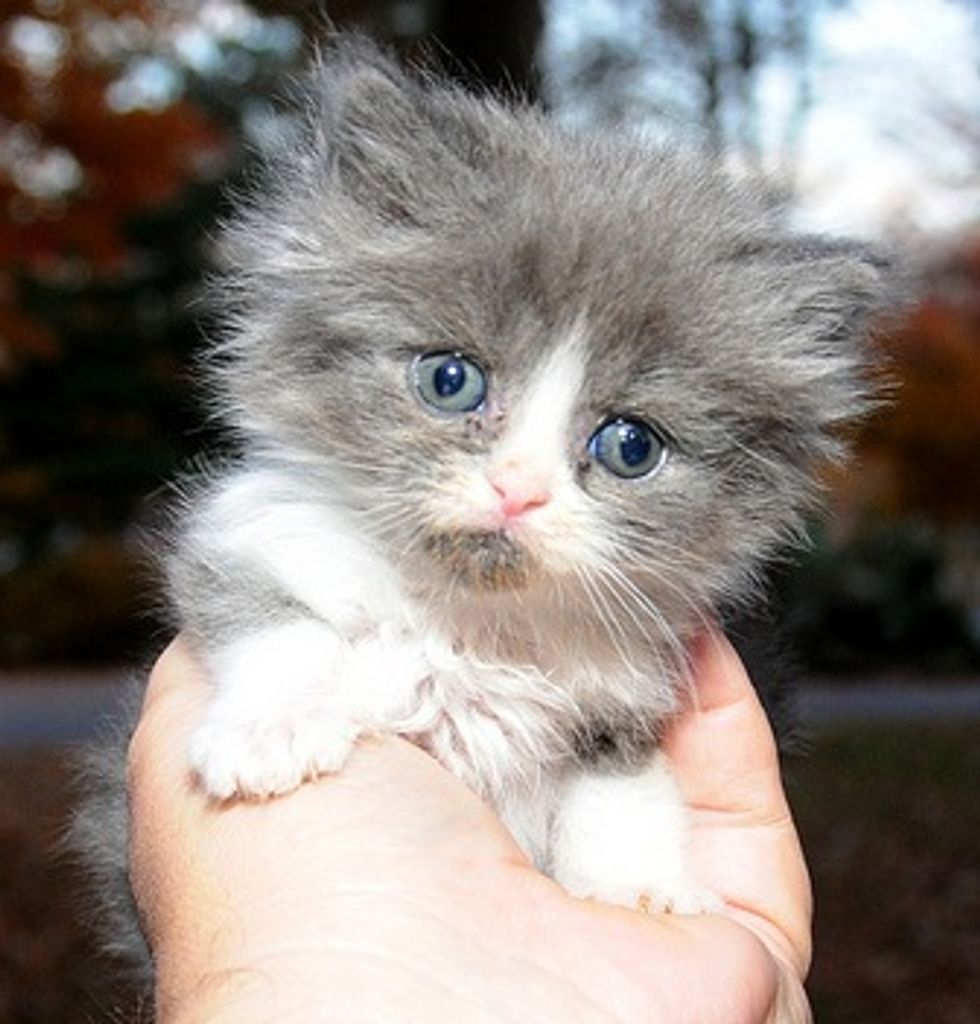 My wife got the kittens when they were about three weeks old. They belong to the the Caroline County Humane Society. They are overwhelmed with cats/kittens so when these ones came in they called the shelter that my wife works for, Animal Resource Foundation, a no-kill shelter, and asked if they could take them. The shelter was unable to do so at that moment but my wife volunteered to foster them.

She has done this many, many times. She started by bottle-feeding them. They can eat cat food now but still enjoy some bottle at night.

We named them Jake and Elwood when we got them. It now appears that Jake is a female! It is very hard to tell when they are very little. Elwood weighed in at 1.0 pounds today and Jake just a bit less at 0.85 pounds. They live at our house with our parrot, two dogs and three cats. Jake and Elwood have socialized very well with the others, who are more or less used to strange kittens all the time. They love one of our dogs, Lily, and she loves them and they play together. One of our cats is 24 pounds and the kittens love to swat at his tail, much to his chagrin.

Elwood seems to be the leader, the adventurous one. Jake follows him about. They recently discovered the joy of climbing up the cat tree, and the horror of not being able to get back down! But they are doing better with that with more practice. Jake loves to sleep on Mom's chest. Elwood will sleep nearby but not touching. (We've had other kittens do this, too. Funny.) If they lose track of where Mom is they will start to meow. Mom will "meow" back and they come running to her voice.

They will be ready for adoption in a few more weeks. If anyone is interested in adopting them they can call Animal Resource Foundation (located in Chester, Maryland) at 410-643-8700 and leave a message for Deanna (my wife).