Two-legged Kitten Found in Yard Amazes Rescuers with What He Can Do...

A kitty who was born without hind legs, never thinks he's any different. At just a few weeks old, he had already learned to adapt to walking on two legs like a champ. 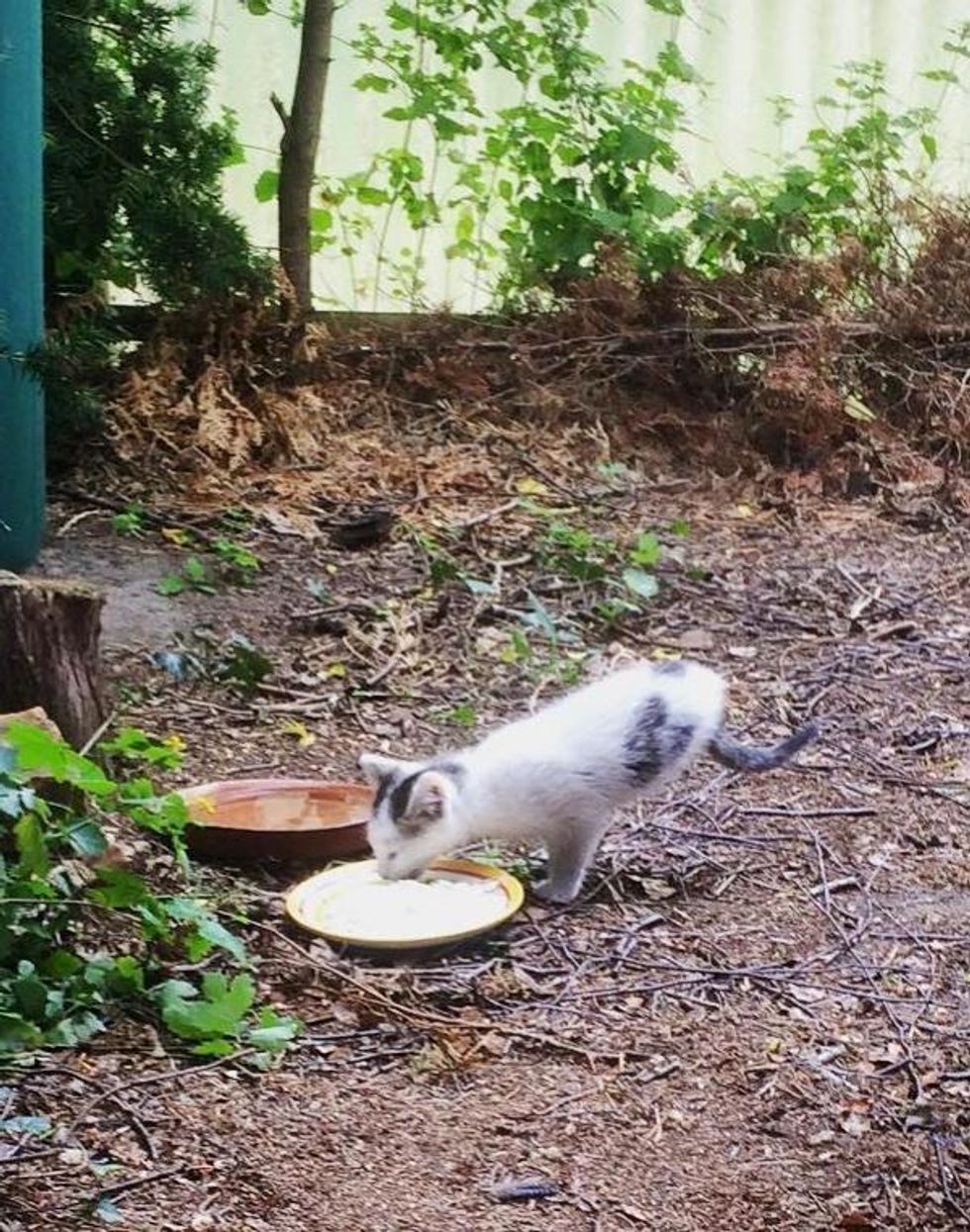 Mareen from Berlin, Germany was feeding stray cats in a yard when a tiny kitten caught her attention.

"He was born with two legs. The first day I saw him, he was probably a few weeks old and very shy," Mareen told Love Meow. As she approached him, he quickly scurried away. He was so fast.

She came back with more cat food, and every time she returned the two-legged kitten opened up a little more. Soon after that, Mareen was able to catch him and bring him home. 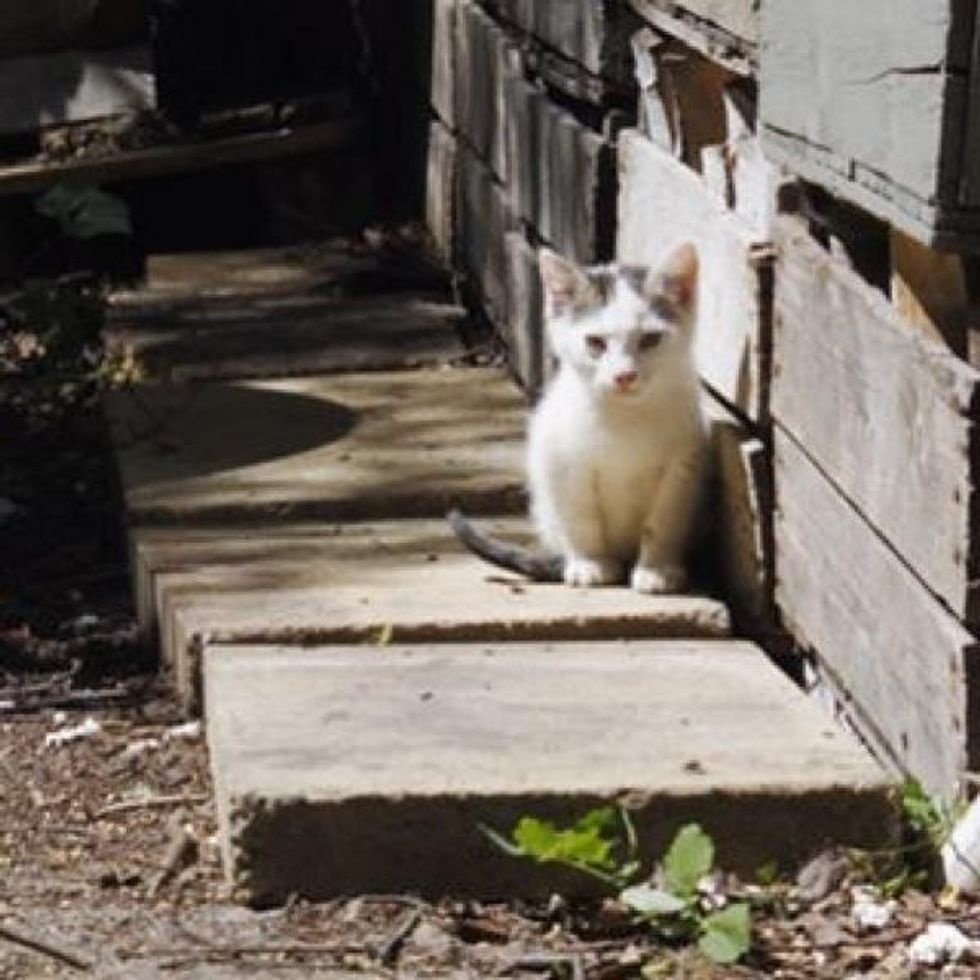 The little wonder boy amazed his rescuers with his ability to balance and get around. Rocket could walk on his two front legs and use his tail as leverage.

He could run faster than some of the other kittens. "He was great from the beginning with only two legs." 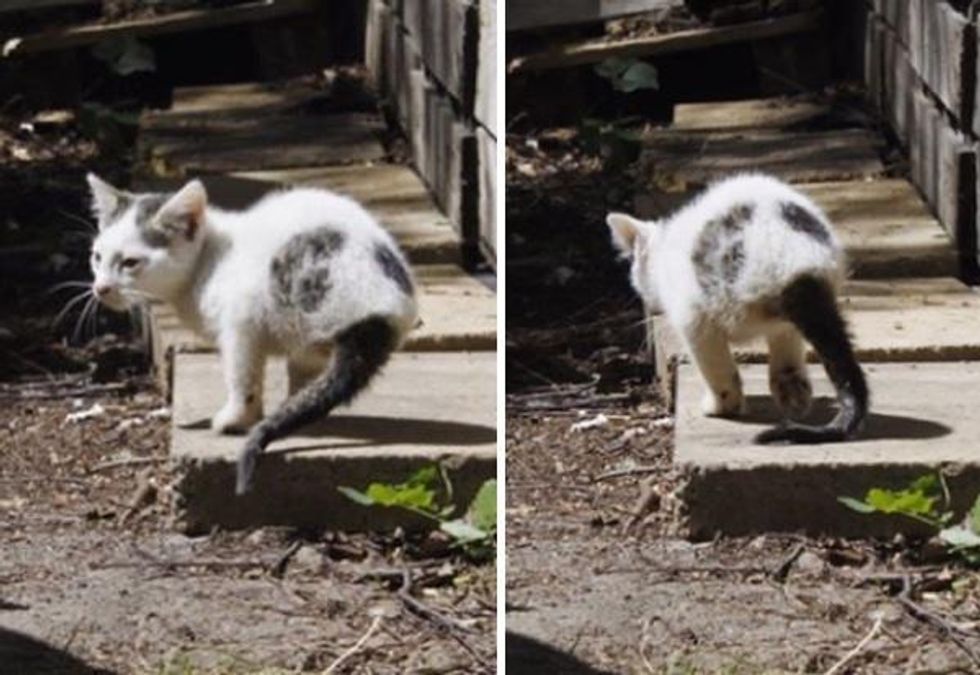 The first day home was a bit challenging as Rocket was unsure about the unfamiliar surroundings. "He meowed all night long, but I kept him company and talked to him," Mareen told Love Meow.

In the days that followed, Rocket decided to accept his rescuers' love, came out of his shell and began to show affection. 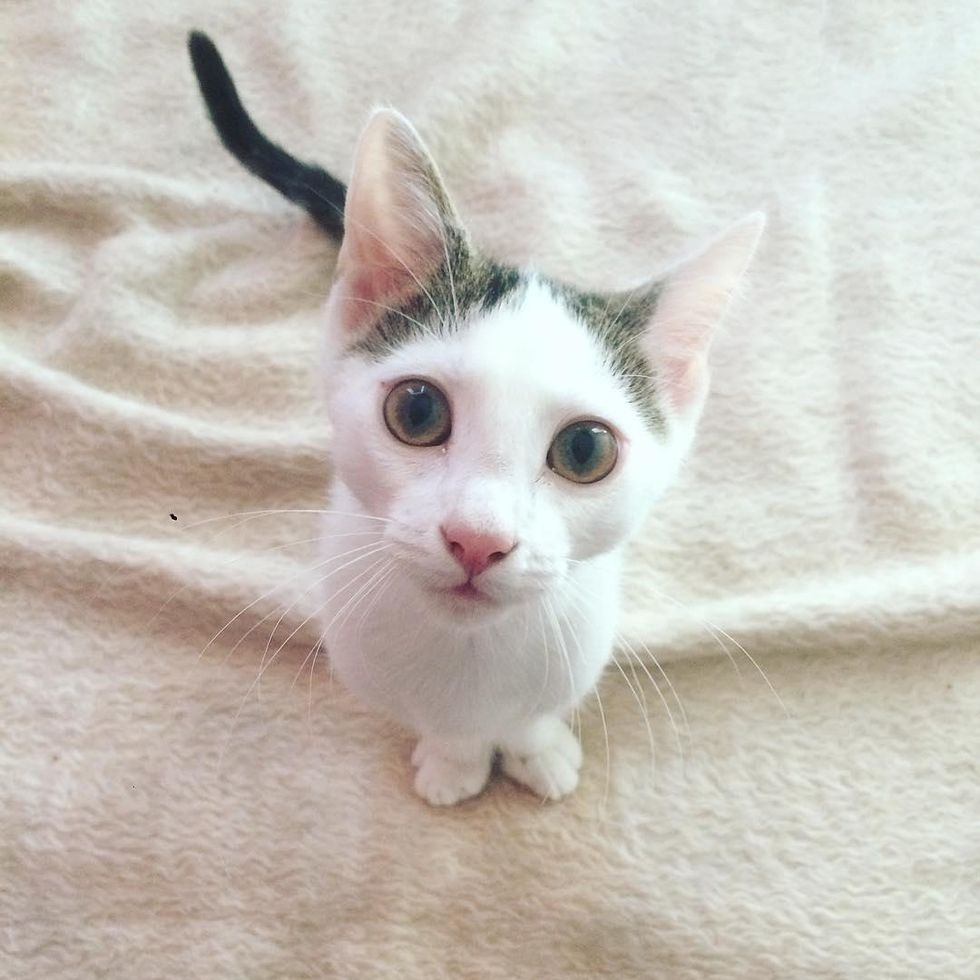 "He followed me everywhere, and also purred all the time."

Rocket rolls on his back, demanding belly rubs. 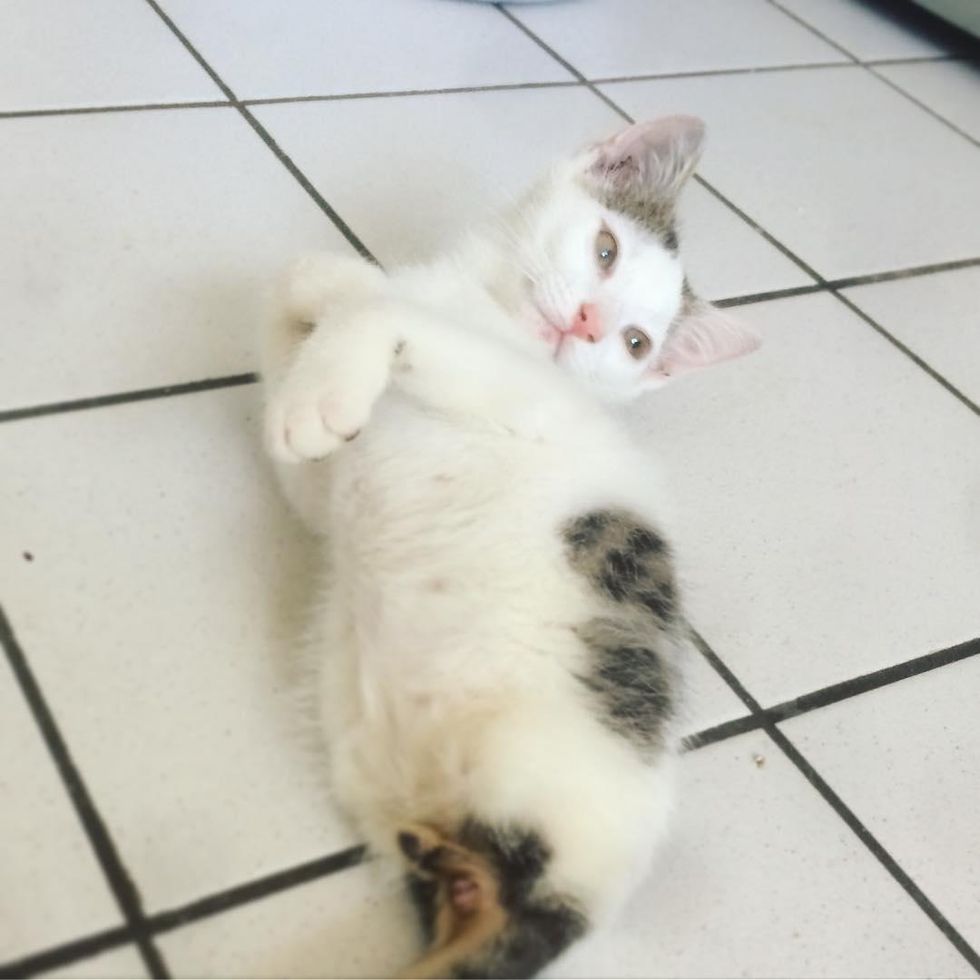 "He is perfectly capable of climbing, jumping and running."

This is how Rocket gets around in the house on two. His ability to balance is truly incredible.

He claims his humans' bed and snuggles with them every night.

He's a cuddle bug and a purr machine. When it's bedtime, Rocket will jump on the bed and curl up in his humans arms, purring up a storm. 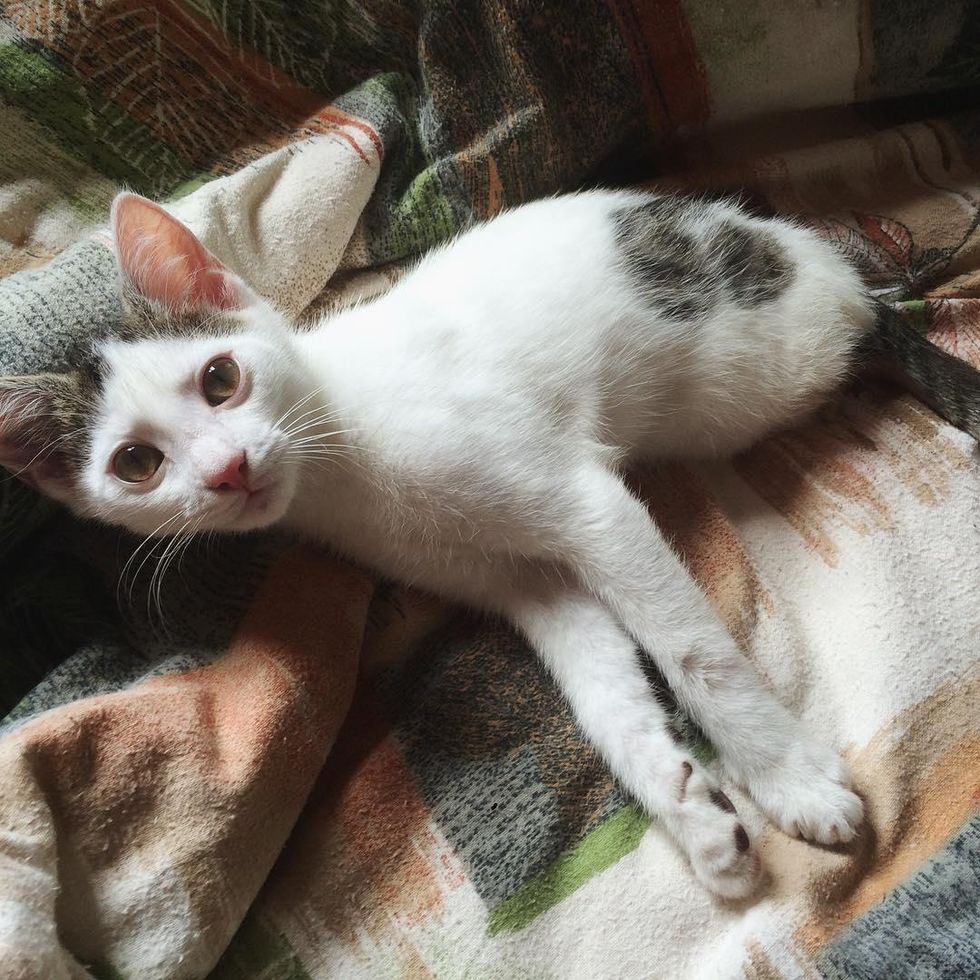 "He is a little fighter and cheeky to the other cats, but they come along very well," Mareen told Love Meow.

Rocket runs and plays and never gets tired. "I even think he has more energy than the older ones." 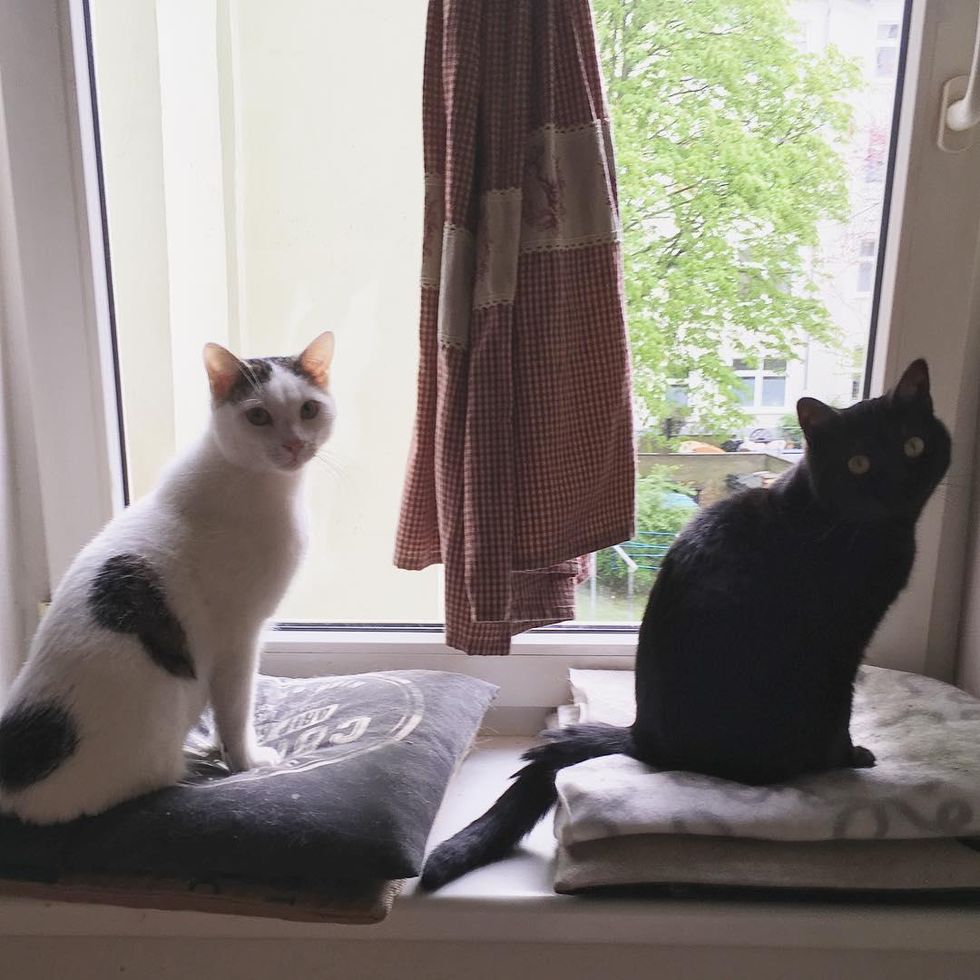 It's been almost a year since they found Rocket. He's turning one this May.

The playful two-legged wonder boy never ceases to amaze his humans with what he can do. 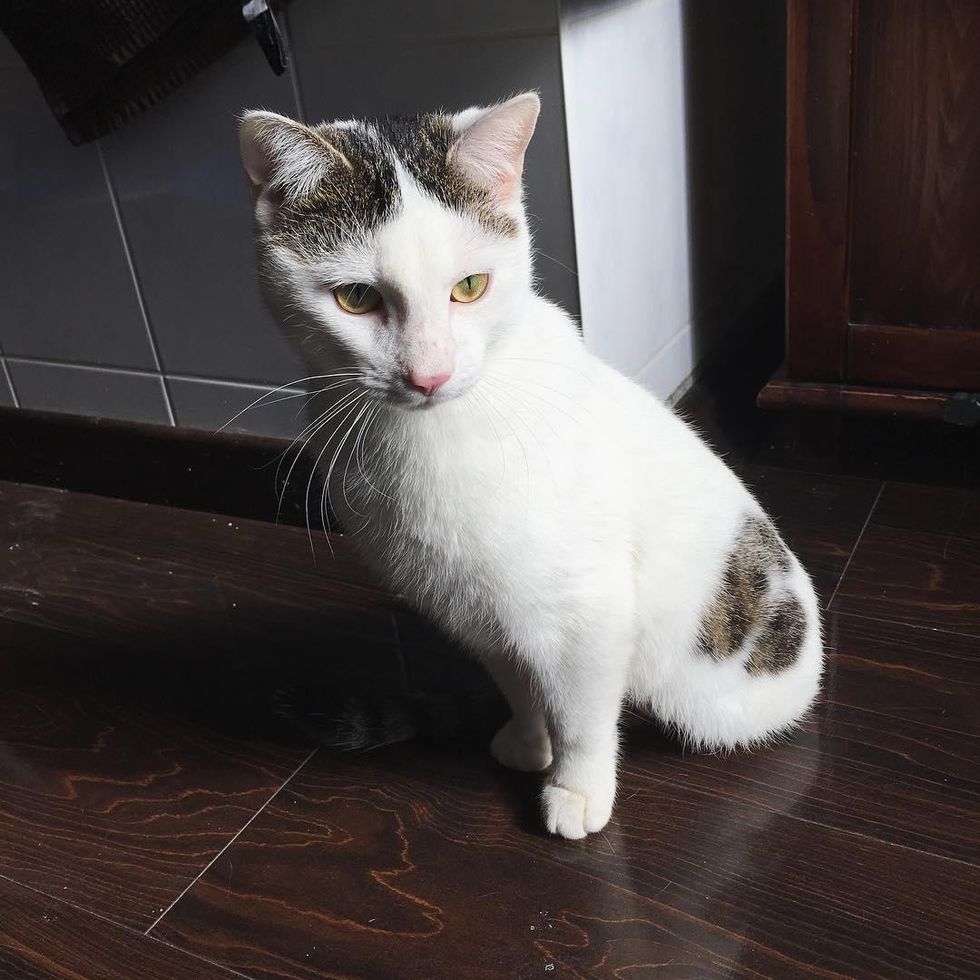 Watch as Rocket climbs a chair and claims it as his own.