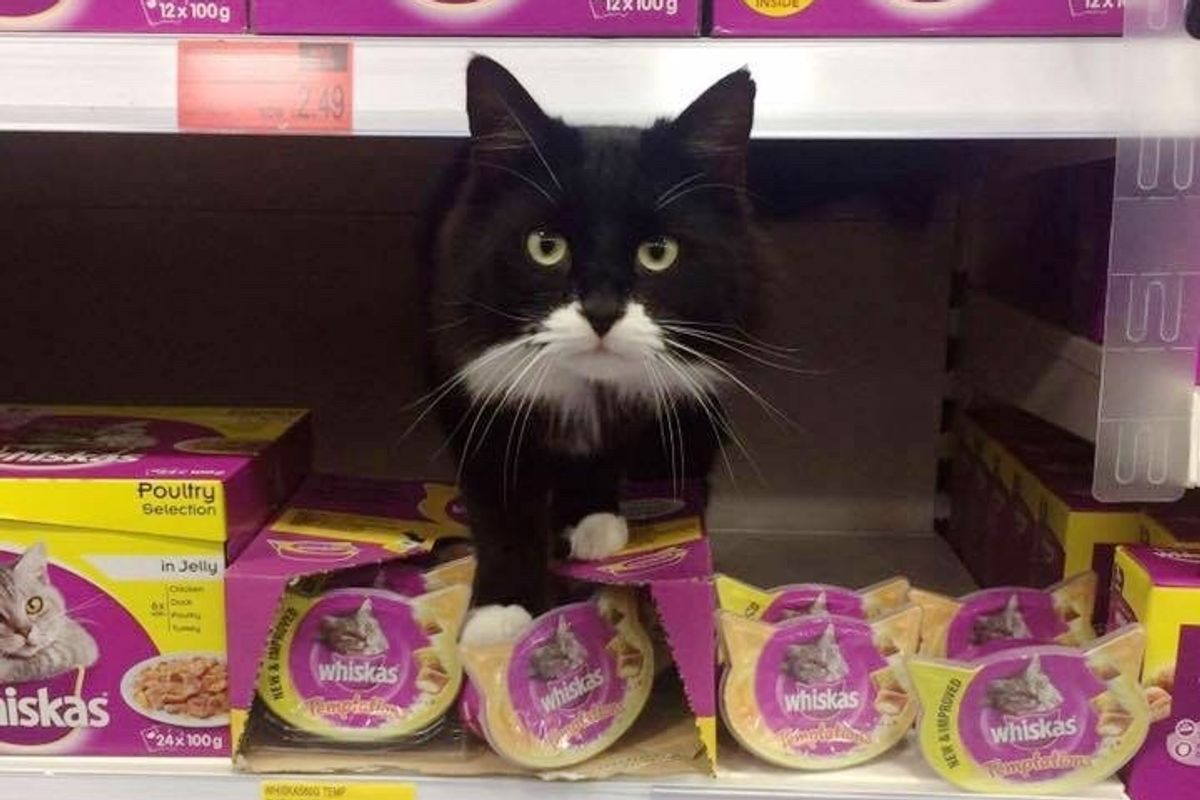 A kind-hearted woman rescued a stray cat that used to sleep on the doorsteps of homes. The kitty was so happy to finally have a roof over his head to sleep at night, but soon his human found out that her tuxedo cat had also claimed a second home.

18 months ago, Anne Webster saved a little homeless tuxedo so he could have a place to call his own, but the former stray surprised his human when she found out that he had claimed another establishment as his second home.

Nearby Webster's residence in Southampton, England, there's a retail store, B&M, where the tuxedo boy visits every day and even has the self-appointed title as the head of the pet department.

Every morning at the crack of dawn, Sheldon sets on his way to work.

"As soon as it's light he's out the door before I even leave for work, he's very committed to the job so he likes to make sure he's there on time—sometimes he arrives before the store manager and his team get there," Webster told Daily Echo.

He's fully in charge of the pet section of the store, making sure everything is in order by cat standards. Though Sheldon likes to sleep at work in those comfortable pet beds, no one minds at all. It's just part of his job.

Store manager Tim Evans said that this incredible feline has come a long way since he was found as a homeless cat.

"The majority of customers love him that much that they buy him his favorite food every time they go in the shop, and local children are always asking to go and visit him," he told Daily Echo.

Sheldon greets the customers as soon as they walk into the store.

"Such a special cat... I often see him in B and M..the staff are so understanding... he's so at home there," Jeanette Hanson, a customer, said.

By the end of the day, Sheldon's human mom always goes to the store to pick him up as the fluffy tuxedo doesn't want to leave after he's finished his shift.