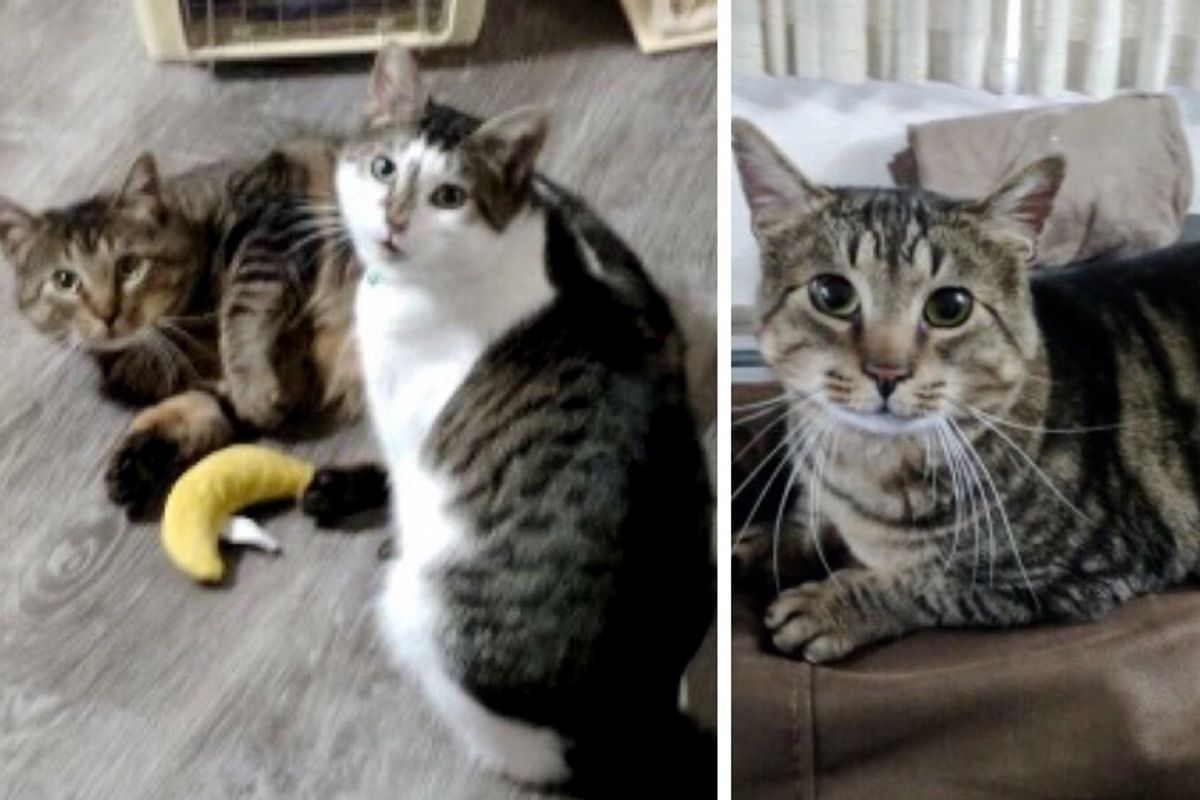 Woman Gives Cat with FIV a Home and Comes Back to Shelter for His Best Friend.

A family adopted a cat who was tested positive for FIV (Feline immunodeficiency virus).

When they found out about his feline buddy at the shelter, they came back to adopt him, too. 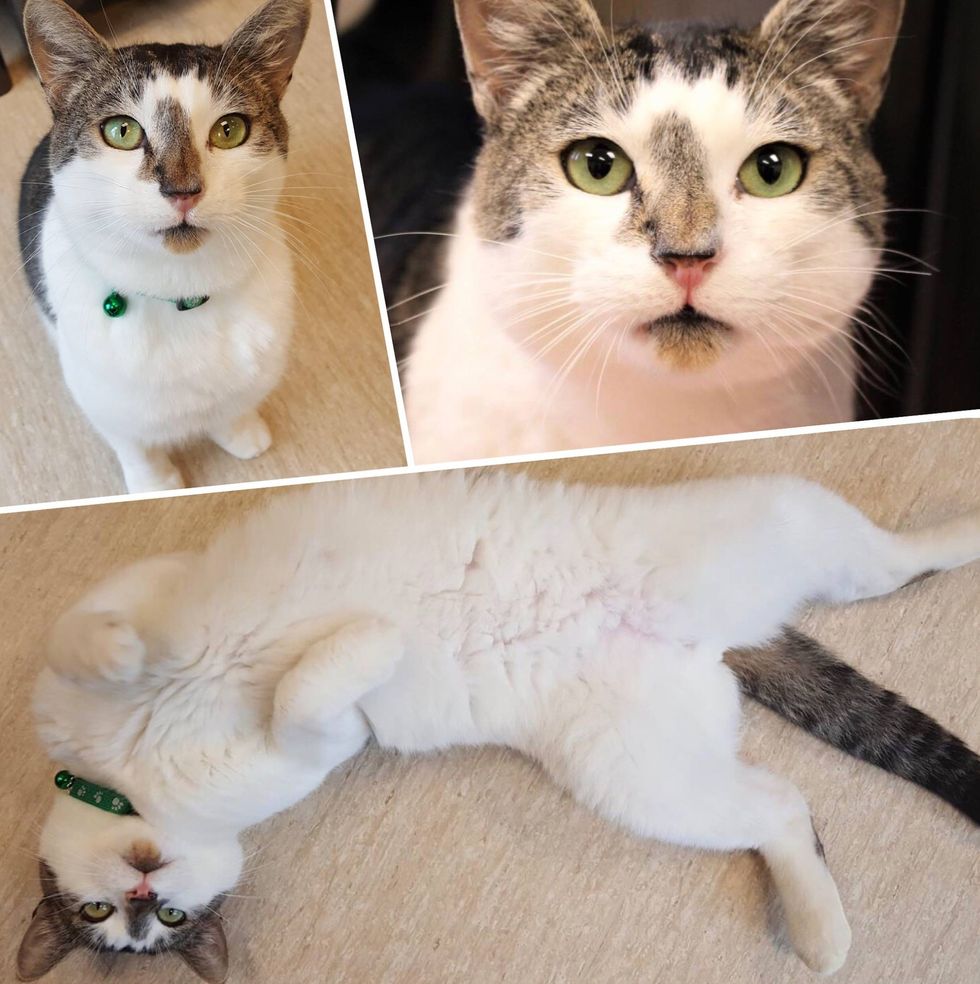 Theo the brown and white cat was transferred to Purrfect Pals in Arlington, Washington after he was tested positive for FIV. The 3-year-old feline joined a few other kitties at the FIV Land, a sanctuary where FIV resident cats receive life-long care and a chance to find a forever loving home.

"Theo thoroughly enjoyed visitors when they came to see him and loved to be petted and played with by anyone with spare time," the rescue said.

One of the cats in the sanctuary was Champ, who was found as a stray with multiple injuries and transferred to Purrfect Pals in May (last year). 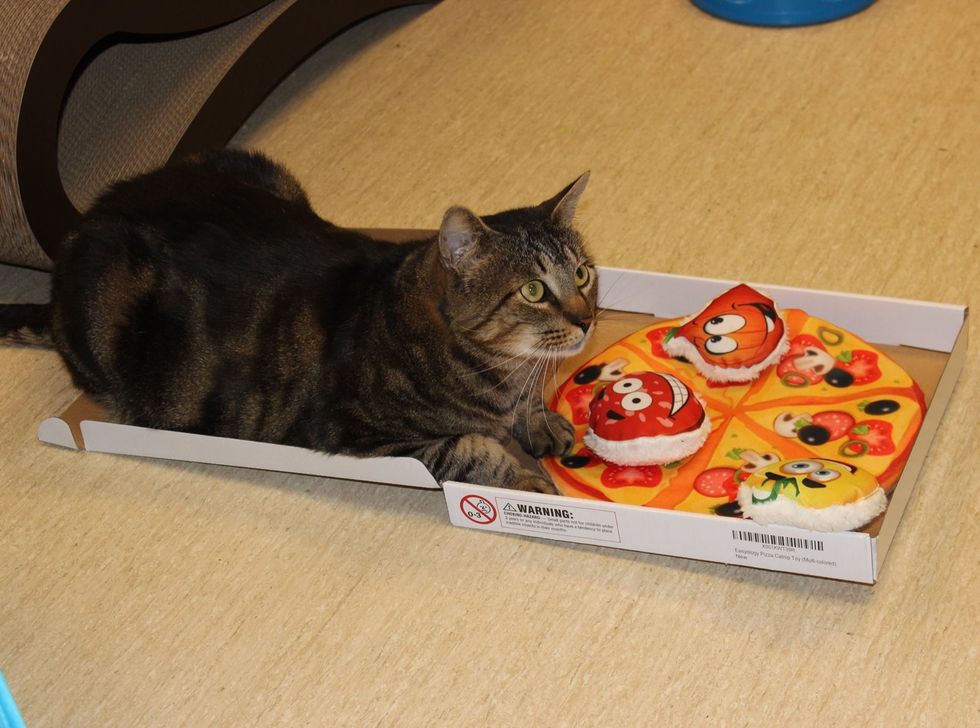 After a full recovery, Champ met Theo and the two quickly hit it off.

Theo loved to follow his buddy around the room and the two got along beautifully. "Champ and Theo formed a very strong friendship in our FIV sanctuary." 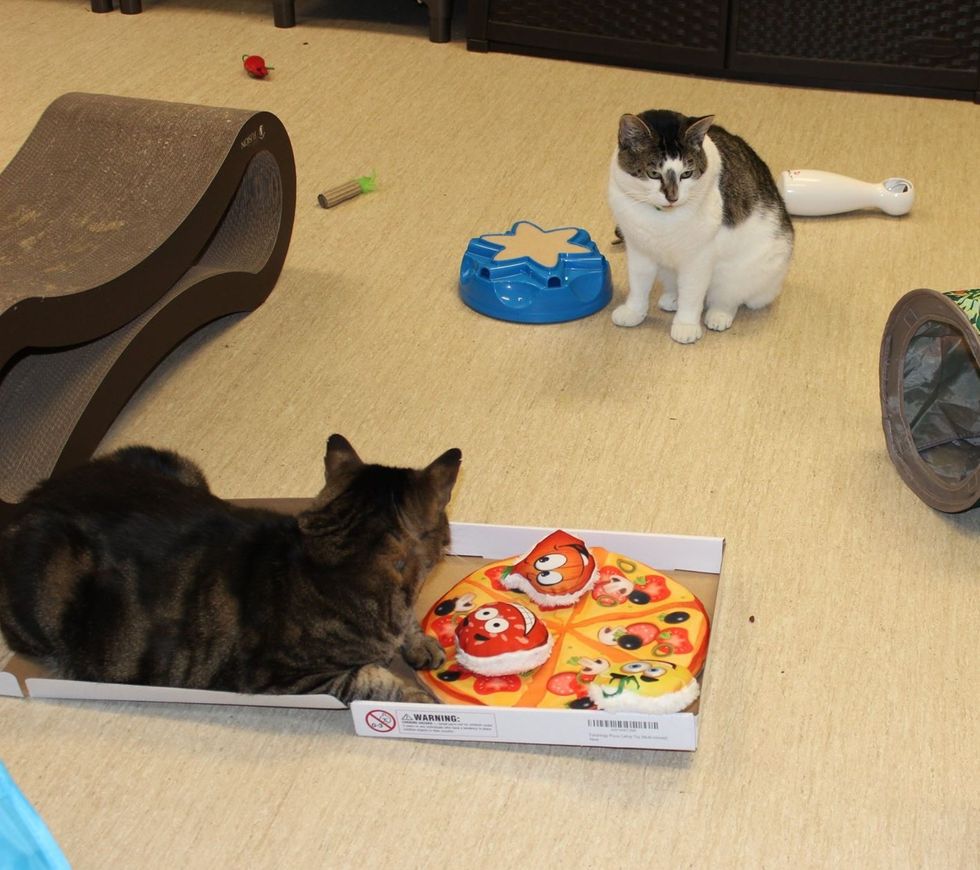 A week ago, a family requested to adopt Theo, and everyone at the shelter was overjoyed as cats with FIV are much harder to adopt out.

Kristy, a mother, met Theo and fell in love. She took him home and the kitty immediately "made himself king of his castle." 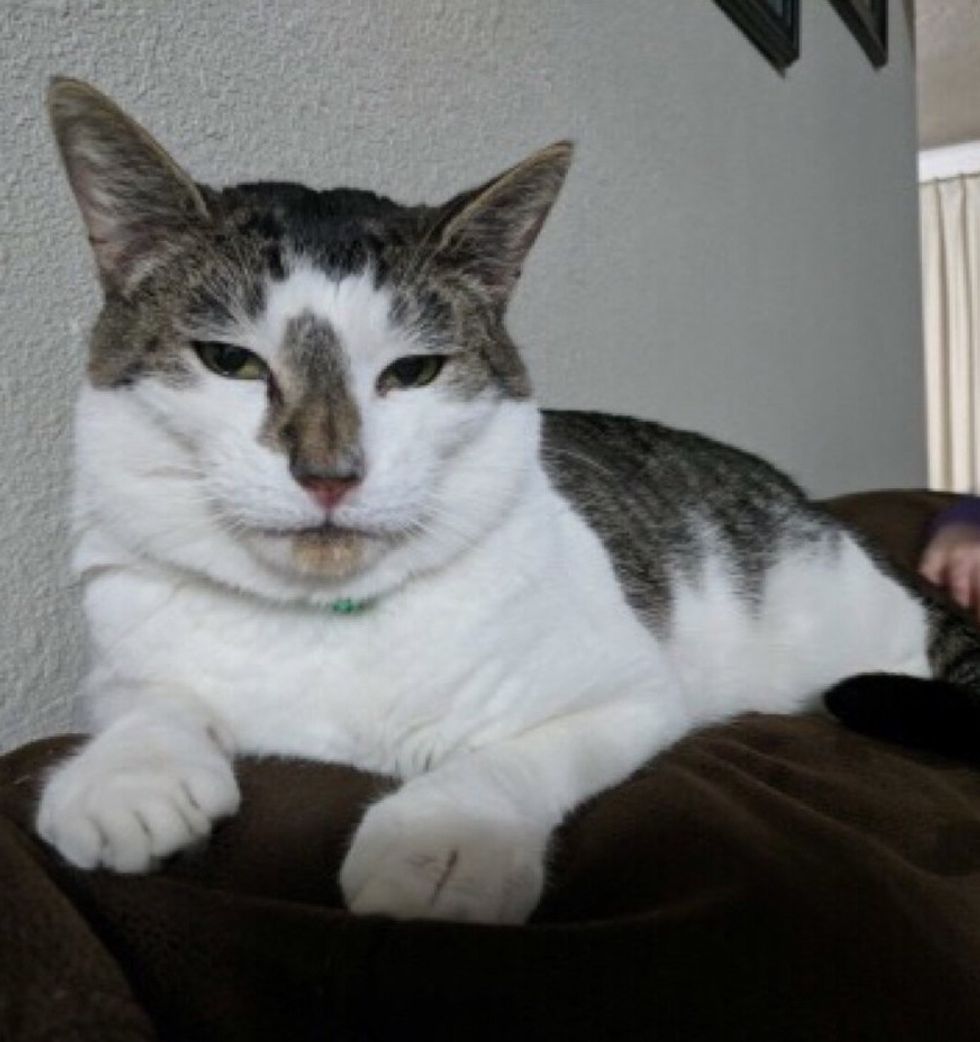 Soon after Theo settled into his new home, he began following Kristy's daughter all over the house. When they learned that he did the same with Champ at the sanctuary, they knew that they had to come back for his buddy.

"Once I found out how close Theo was with Champ, I had to reunite them," Kristy said. 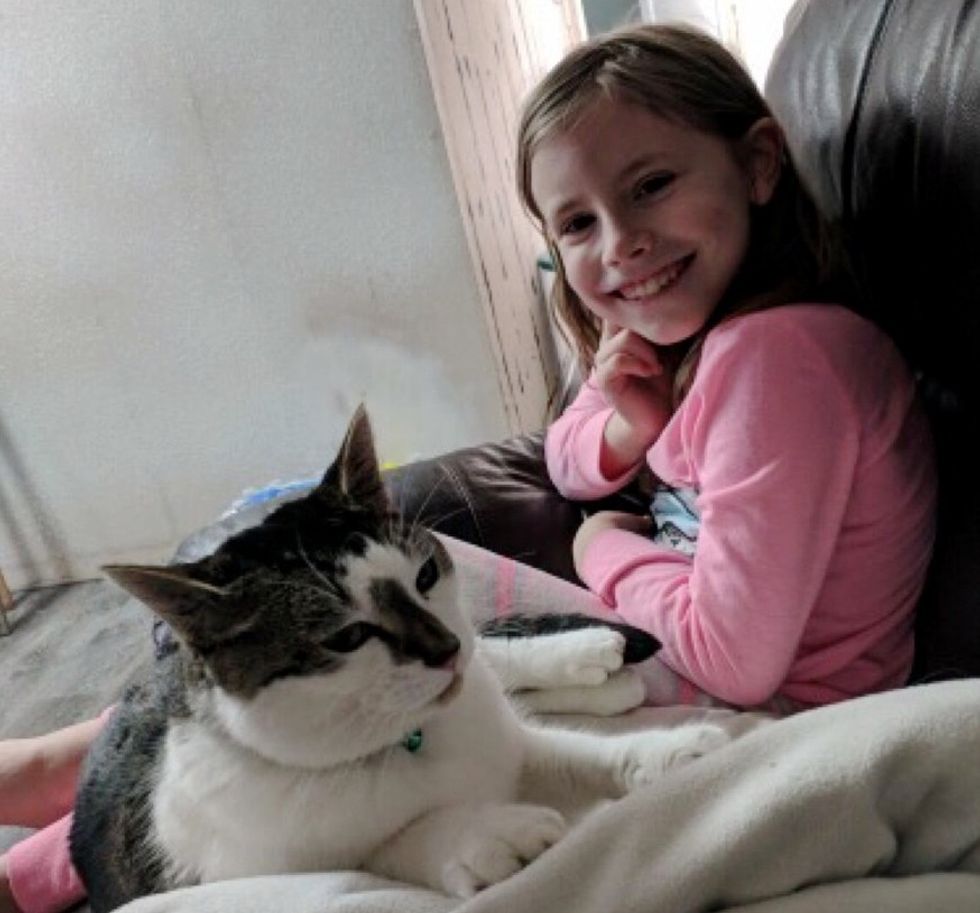 The two best friends have been nearly inseparable since Champ went home two days ago.

"Cats with FIV can live perfectly normal, long lives and we vastly prefer them having true homes with people to call their own, rather than living in sanctuary at the shelter. We are thrilled seeing these two boys home, together again," Purrfect Pals said. 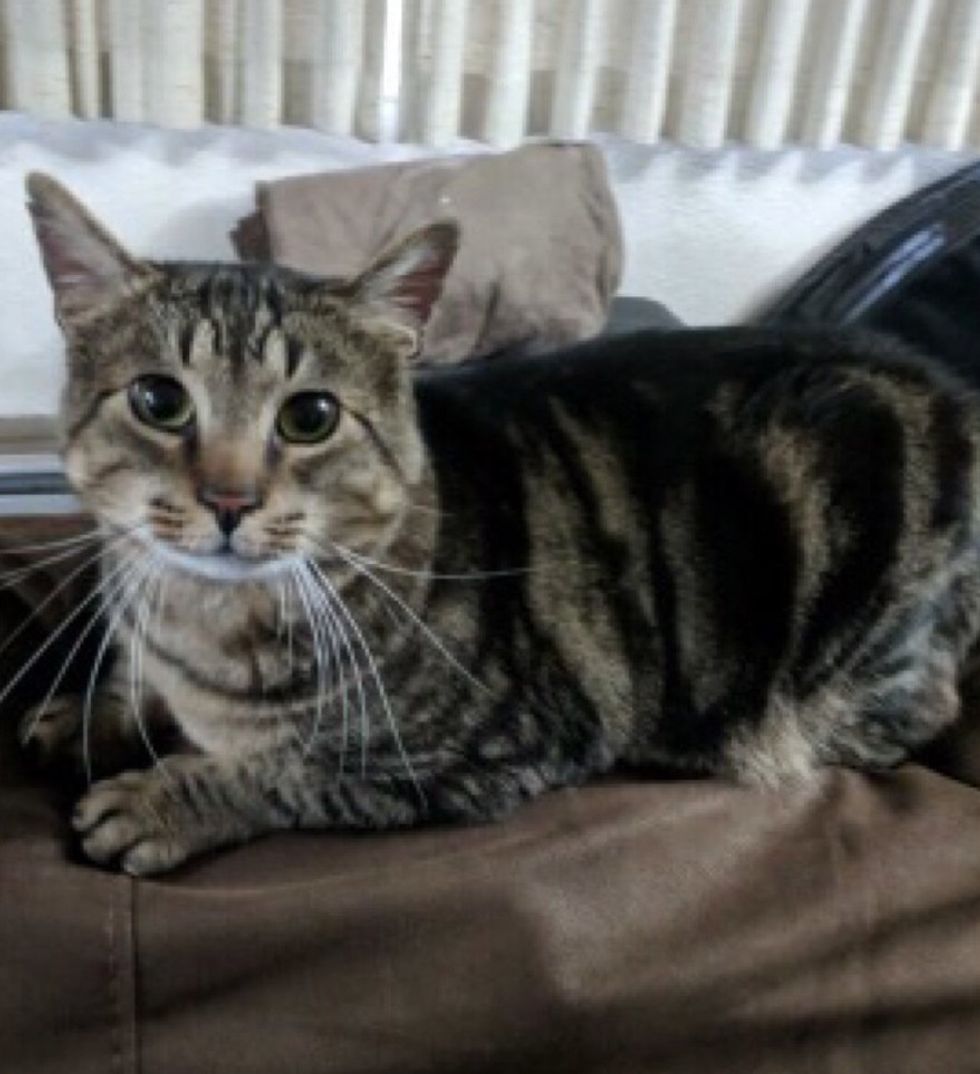 "Our family feels so blessed to have our new boys and I'm so glad they could be together. Both of my kids are in love and my daughter has never been as on top of her chores as she has been with the cat box," Kristy said.

"She has been begging for a kitty for years... now that we have our own house, I was finally able to get her her kitties, and I have to say, I'm pretty smitten as well." 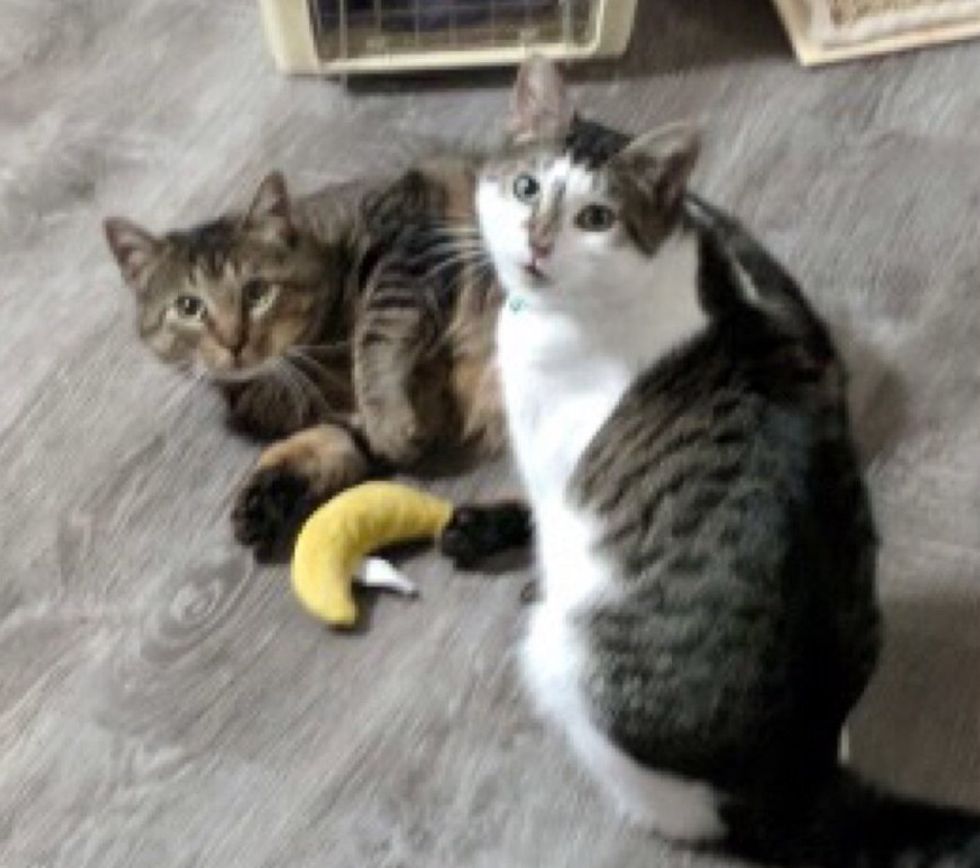 Related story: They Take a Chance on a FIV+ Cat with Sweetest Face, He Can't Stop Thanking His Rescuer