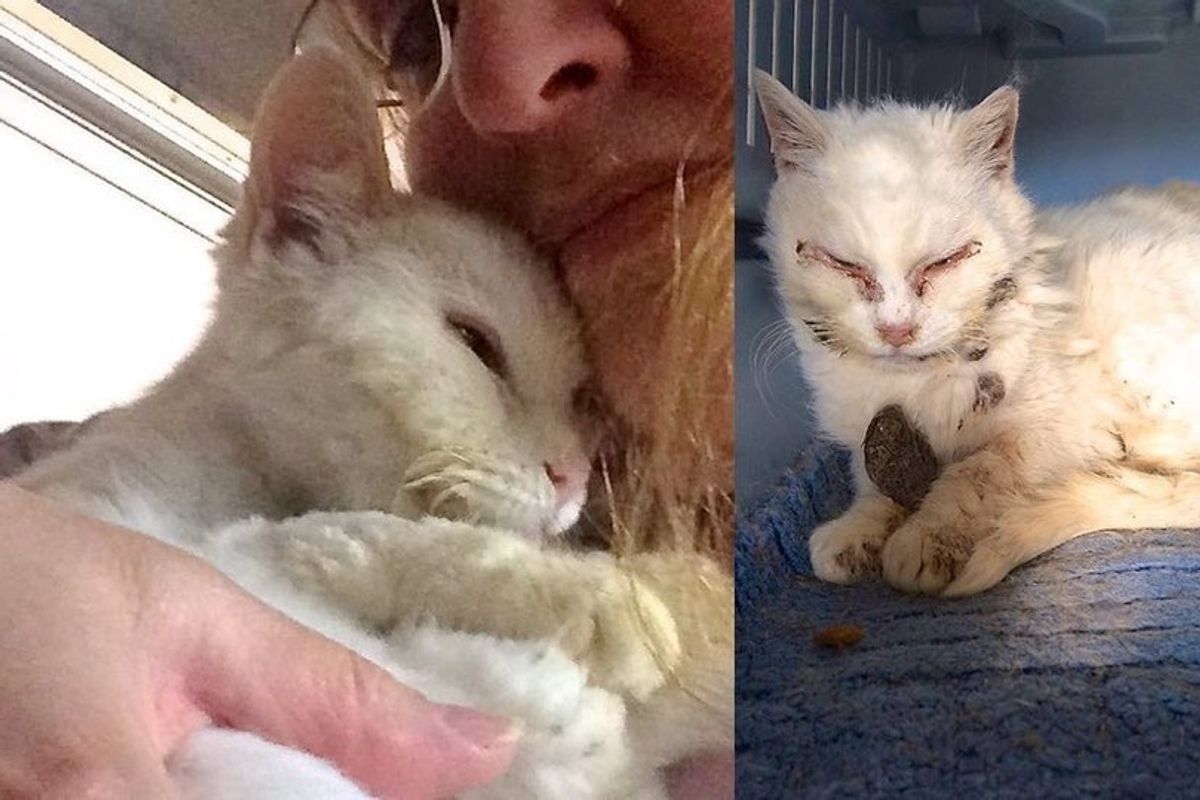 Snow White the cat spent all her life as a feral until she was saved by a kind woman and she felt loved for the first time. 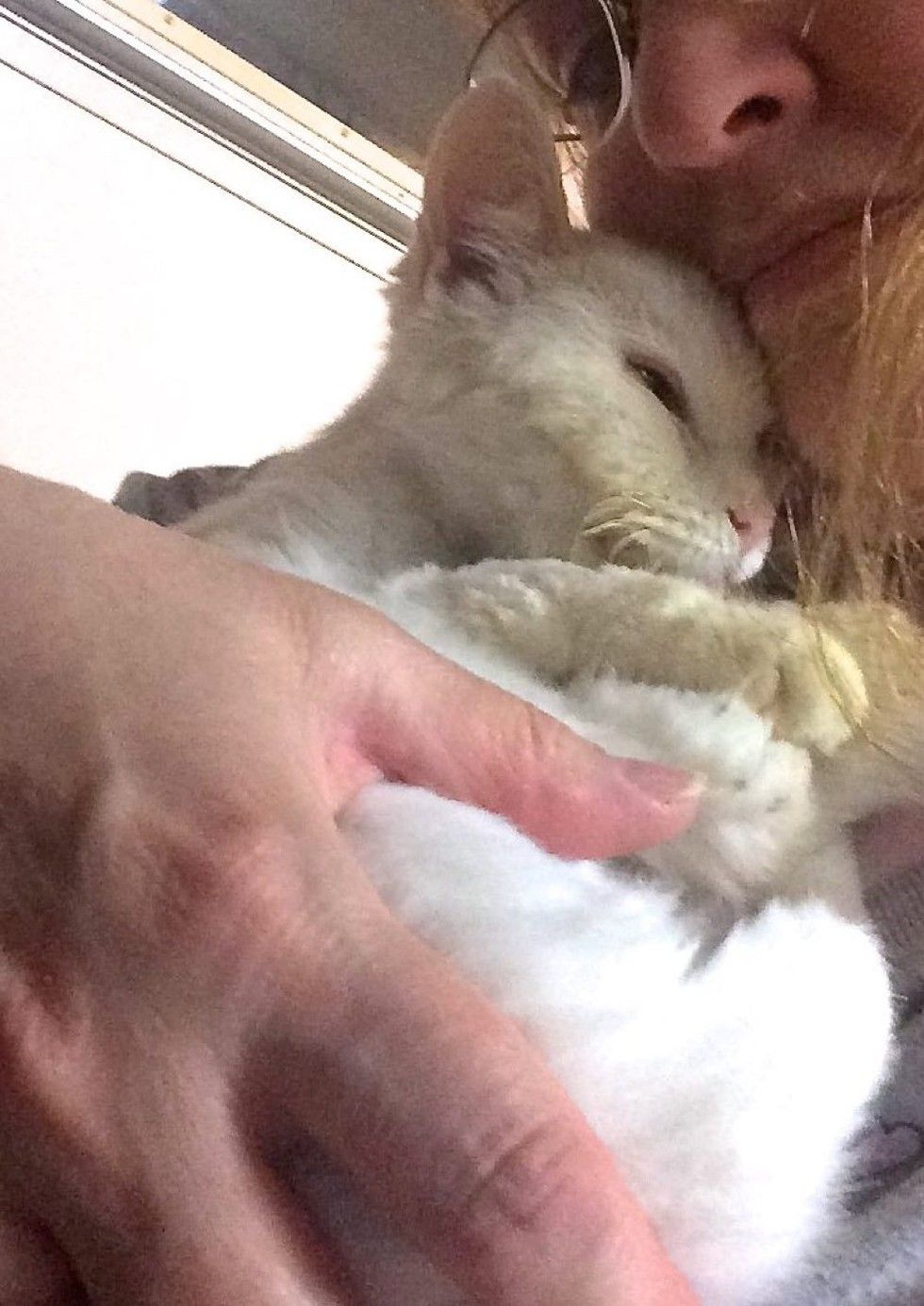 This beautiful feline is deaf and has been fighting for survival for many years, but now she's loved and has someone to cuddle with whenever she wants.

"We first saw Snow White 4 years ago (Spring 2012). We trapped her, took her to be spayed but found that she had already been spayed, so we ear tipped her and released her with food and shelter. She looked a lot better then. We never saw her again until Halloween '15 when my daughter spotted her in the neighborhood. She looked pitiful - in the bedraggled state," Rhonda Andersen told Love Meow.


In the days that followed, they discovered that Snow White was hiding out in the crawlspace of a vacant house. Andersen knew they had to bring her in to save her. 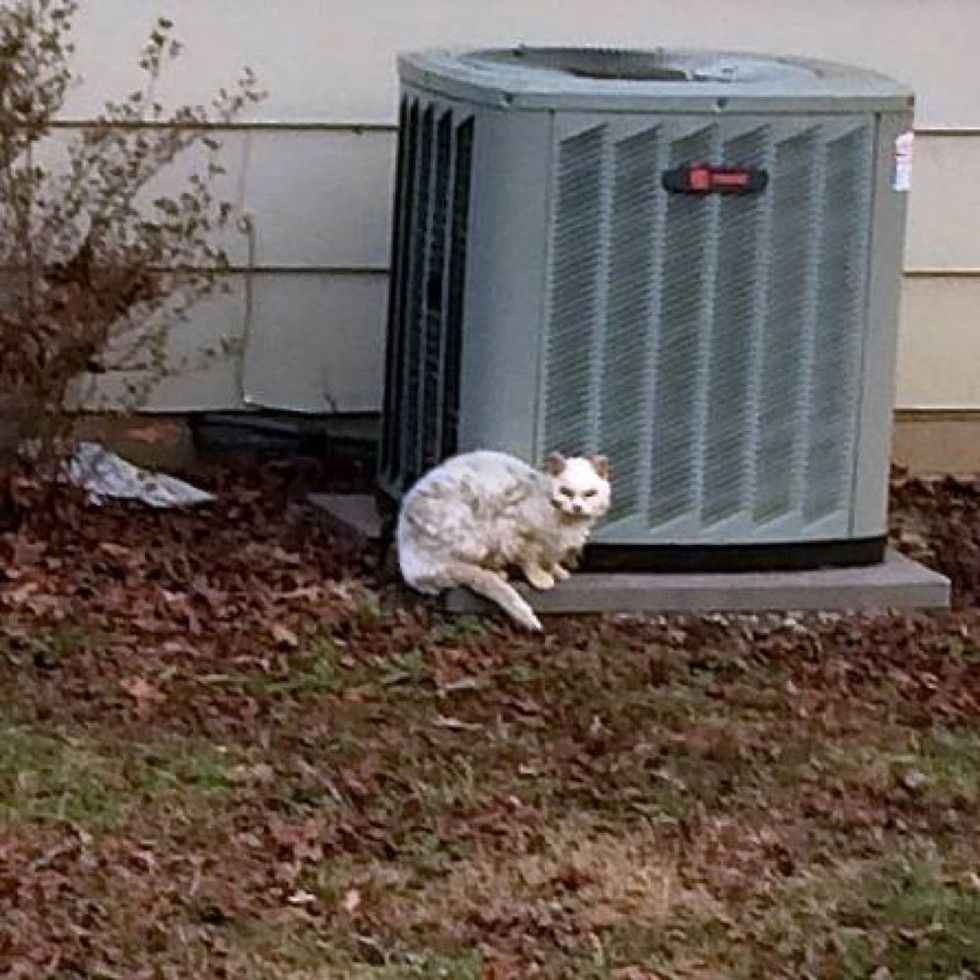 "It took 2 months to trap her (Jan 6, '16). She sure seemed feral, was a little spitfire 4 years ago. But this time around, she just seemed terrified," Andersen told Love Meow.

They placed her in a kitty condo in the garage to help her rehabilitate and recover. 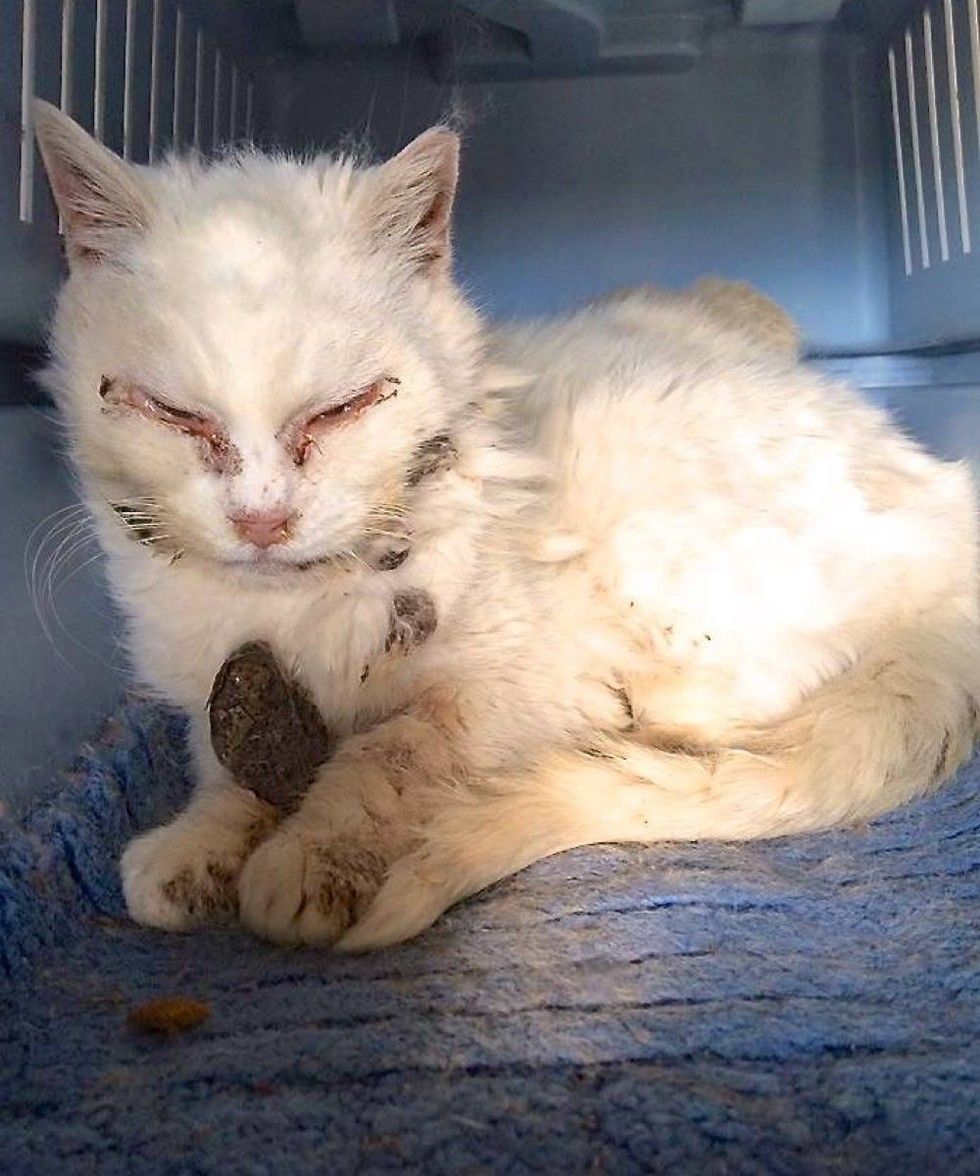 Petting Snow White for the first time! After 15 days of trying to earn her trust, that evening, Andersen put the saucer of wet food down and sat a few feet away as she usually does.

"After a few minutes, she peeked at me through the plexiglass window, stretched and slowly hopped down, looked at me again, then polished off her food. The difference this time was that when she saw me, she continued doing what she set out to do. Most of the time, when she spots me watching her, she'll jump back up onto her shelf and wait until I'm gone." 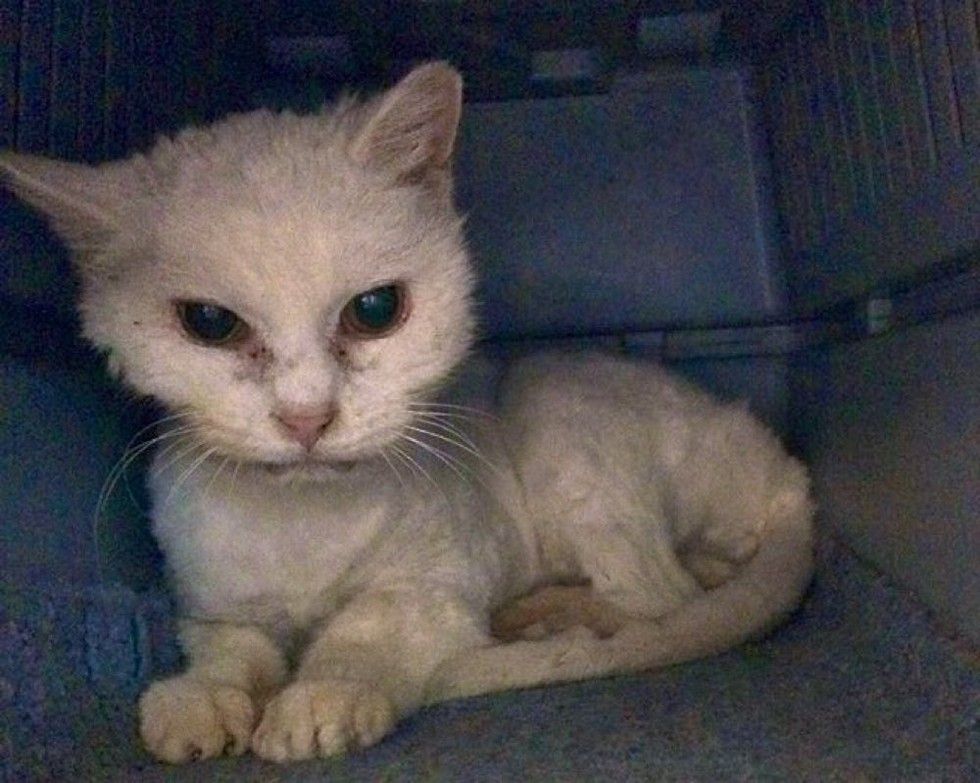 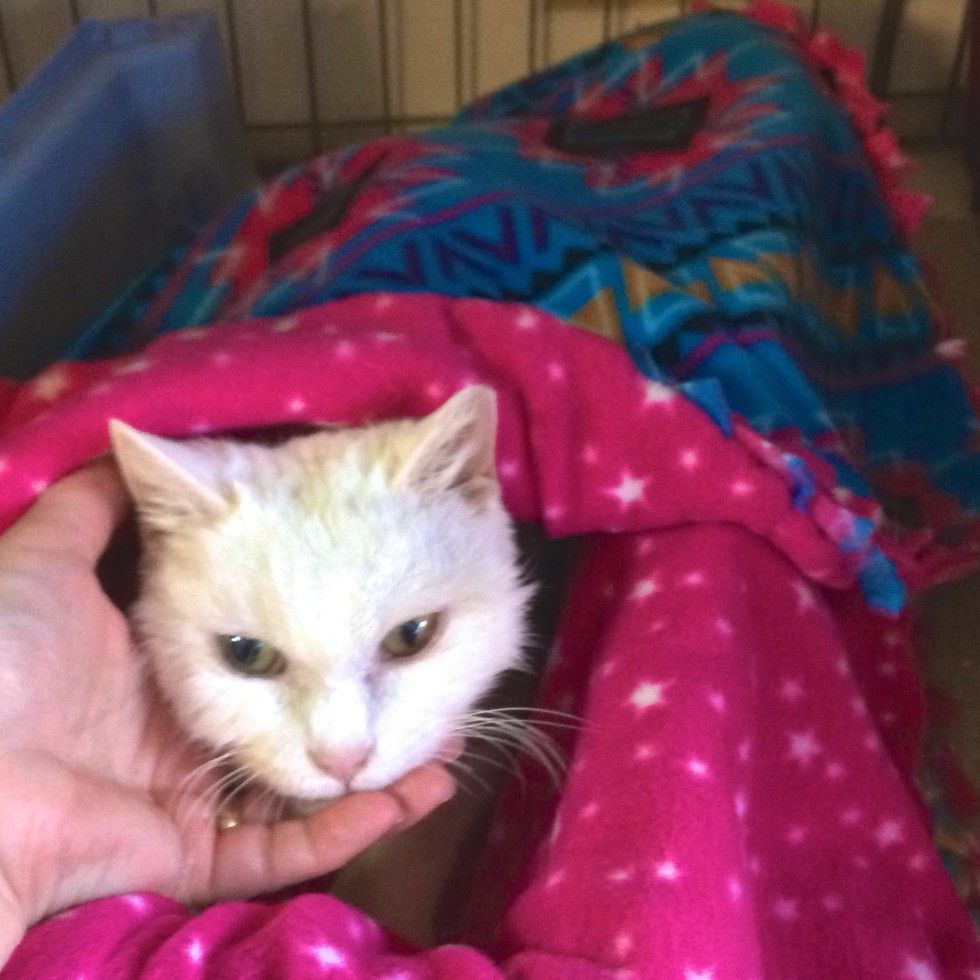 Over the next couple months, Snow White has slowly and timidly progressed to where she is now - allowing belly rubs and thriving on attention! 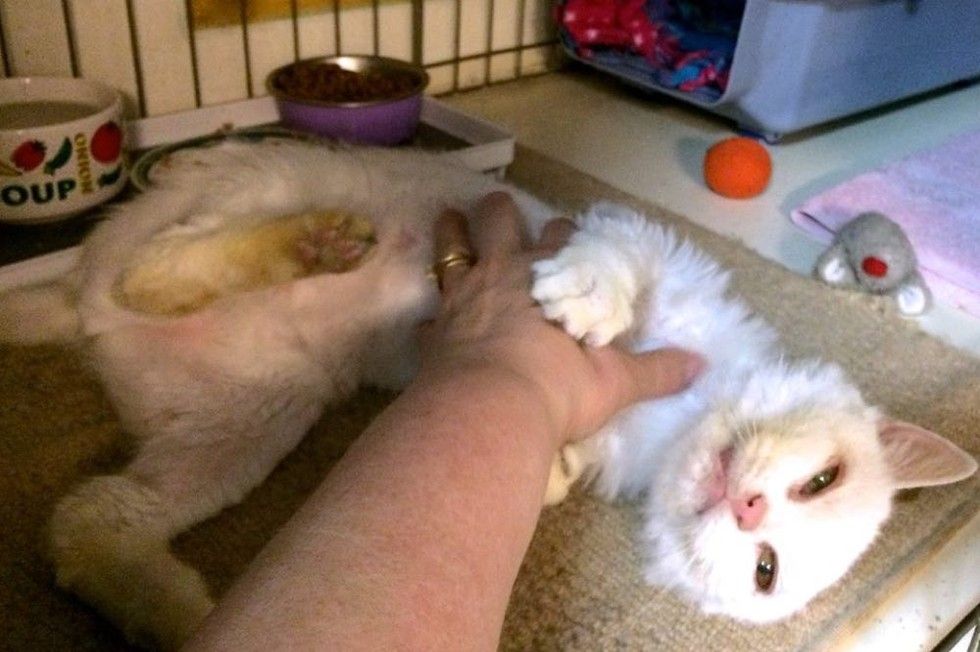 "Snow White is doing great right now! She soaks up all the love and attention she can get and never tires of it. She offers her belly for belly rubs, too.

"We're noticing some evidence that she plays when no one is watching which is something new and exciting!" Andersen told Love Meow. 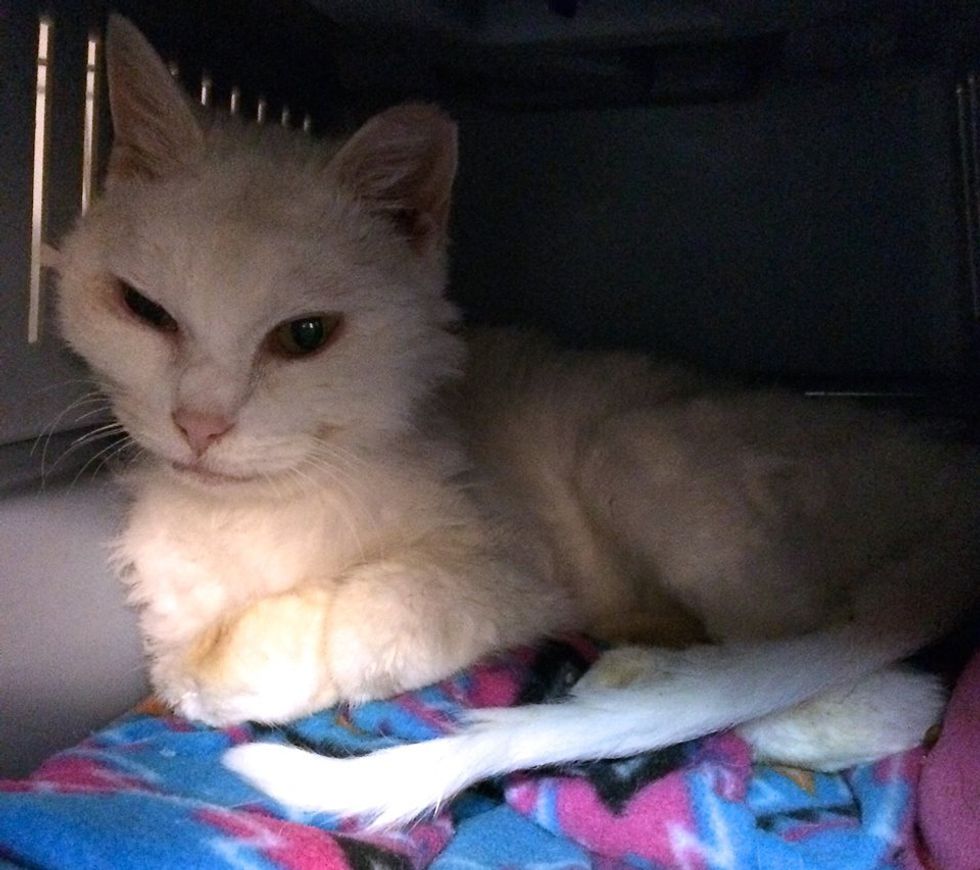 "She's still shy around anyone except me, she doesn't meow (she did on Day 2 but hasn't since) and she doesn't groom herself other than briefly washing her face after eating."

Snow White face to face, enjoying the interaction with a newfound confidence. 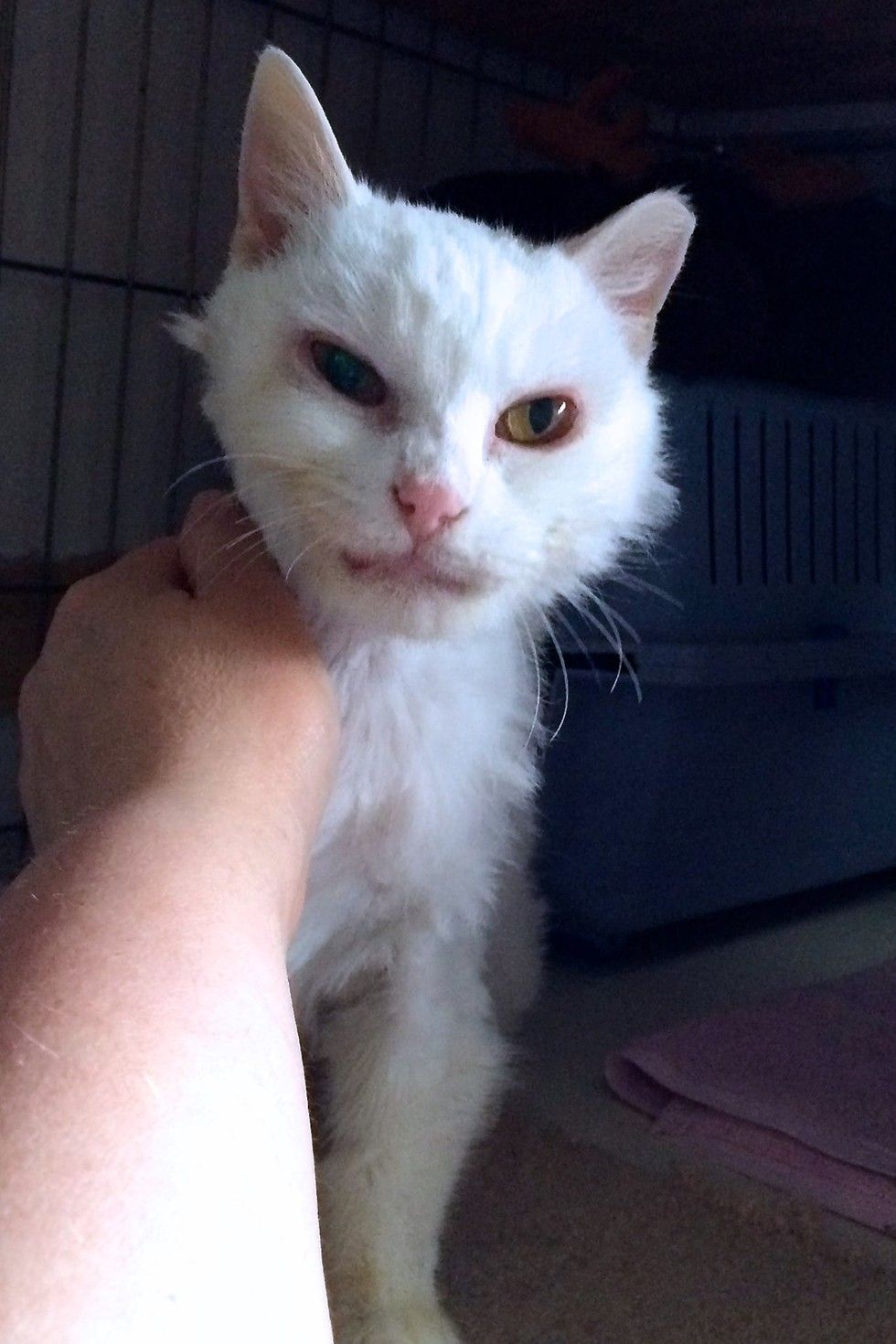 Snuggling with her human mom!

What a difference it makes in just 3 months! 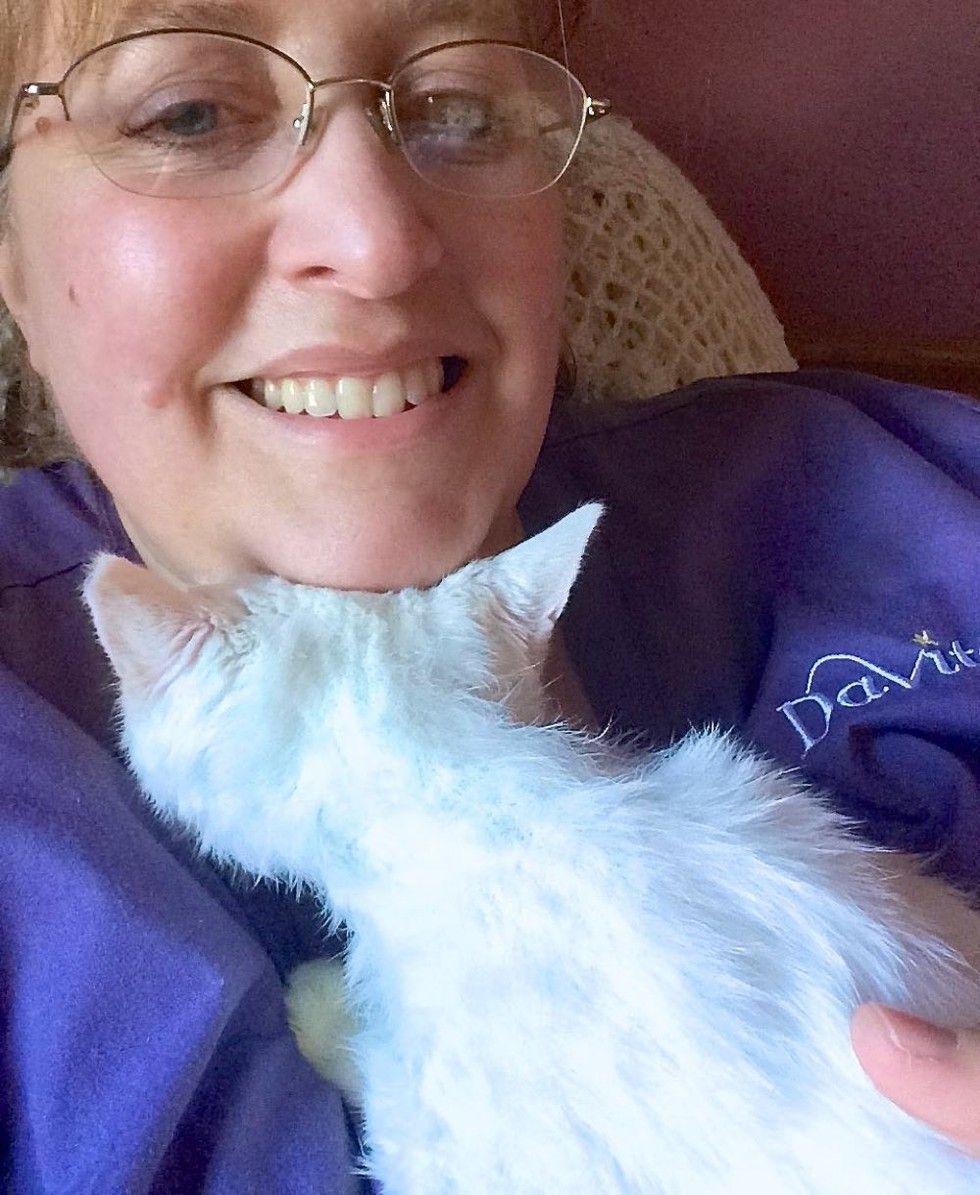 She has started playing and enjoying her life at her new home. 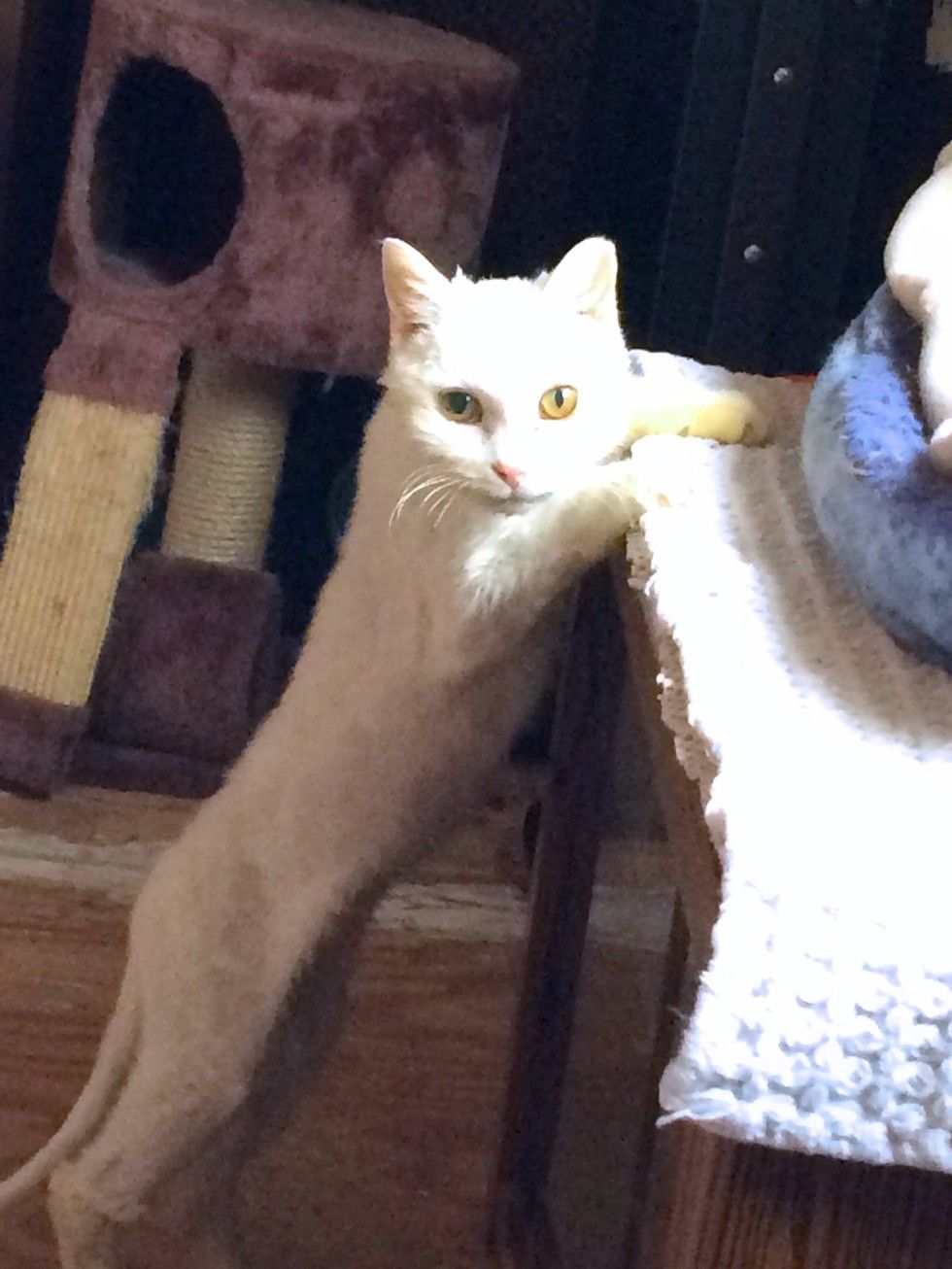 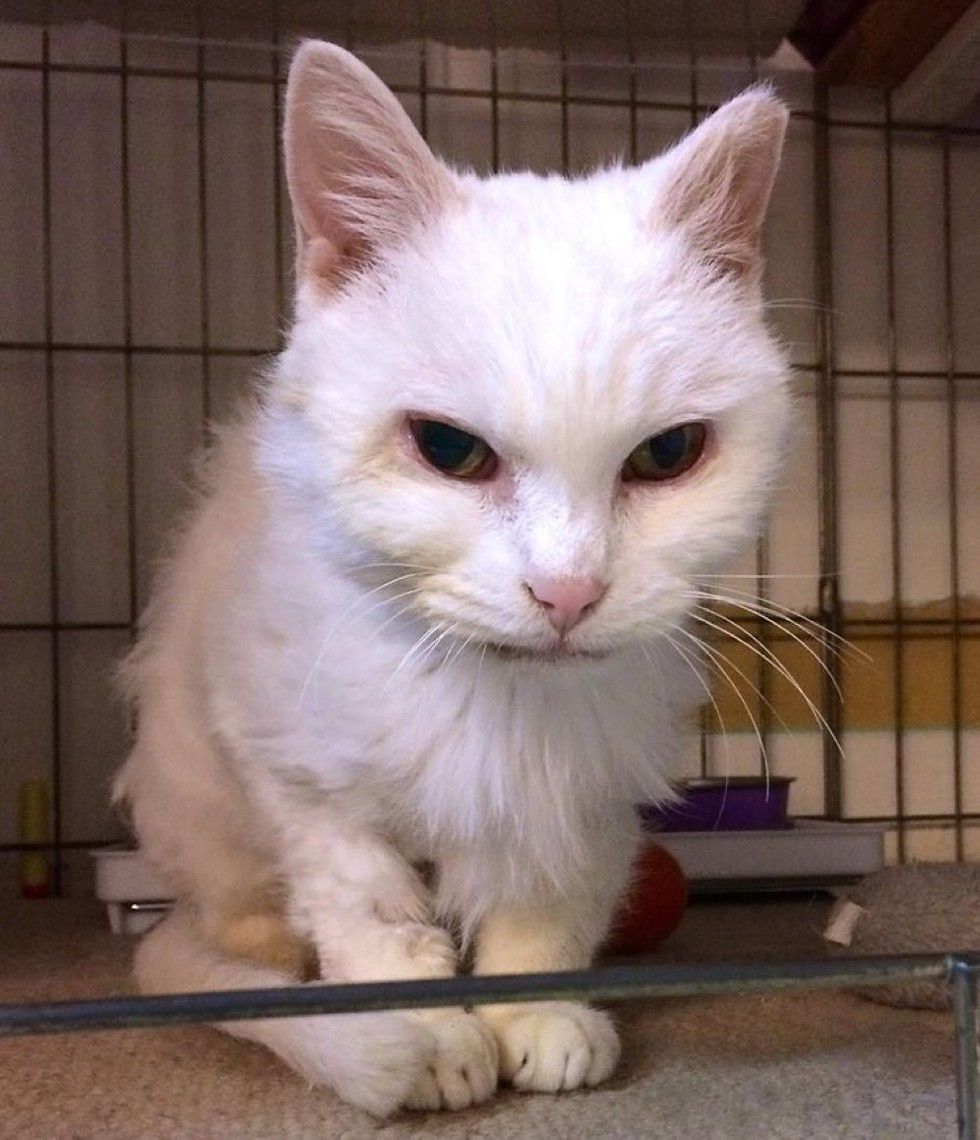 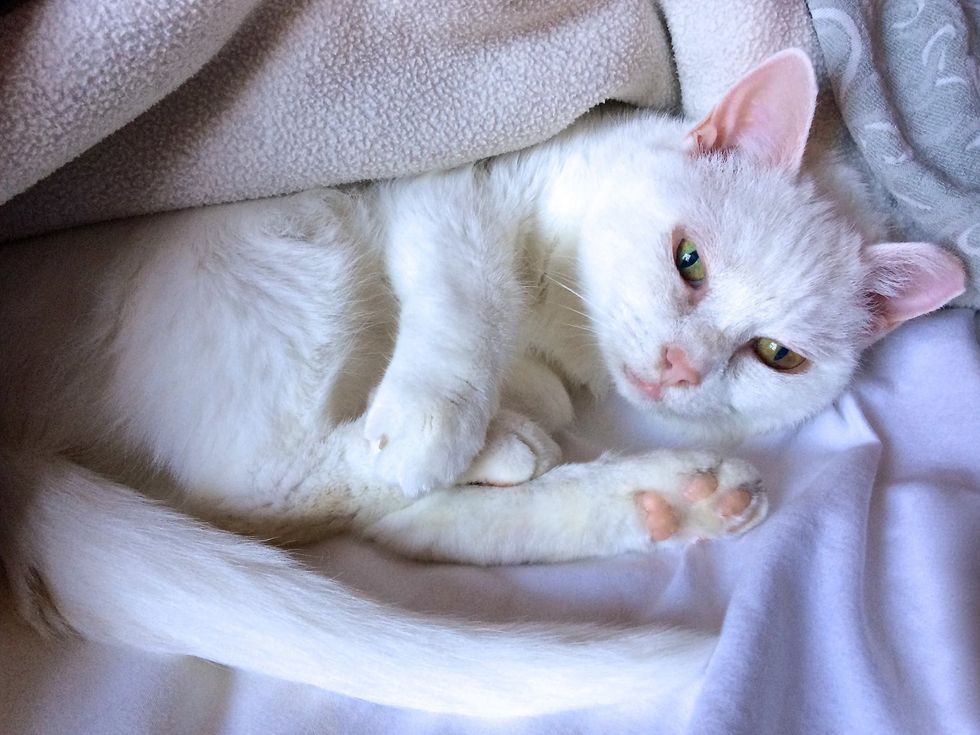 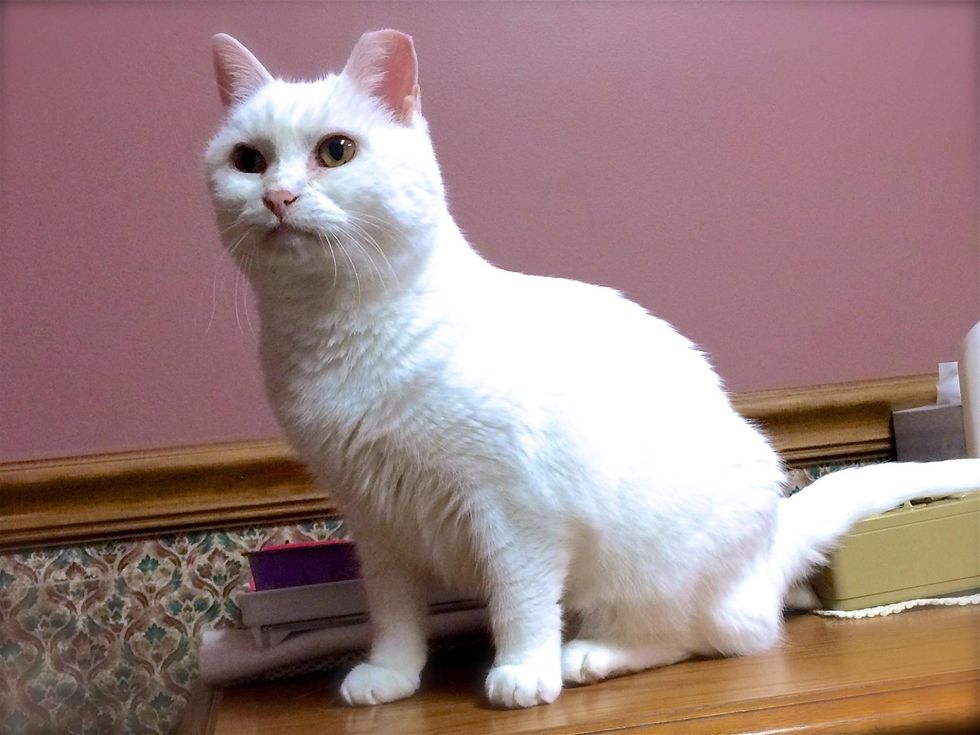