A couple from Virginia began feeding a feral colony to continue the 15 years of work started by an elderly man.

They bring food to over two dozen feline friends, and every day they become a bit closer to earn their trust. 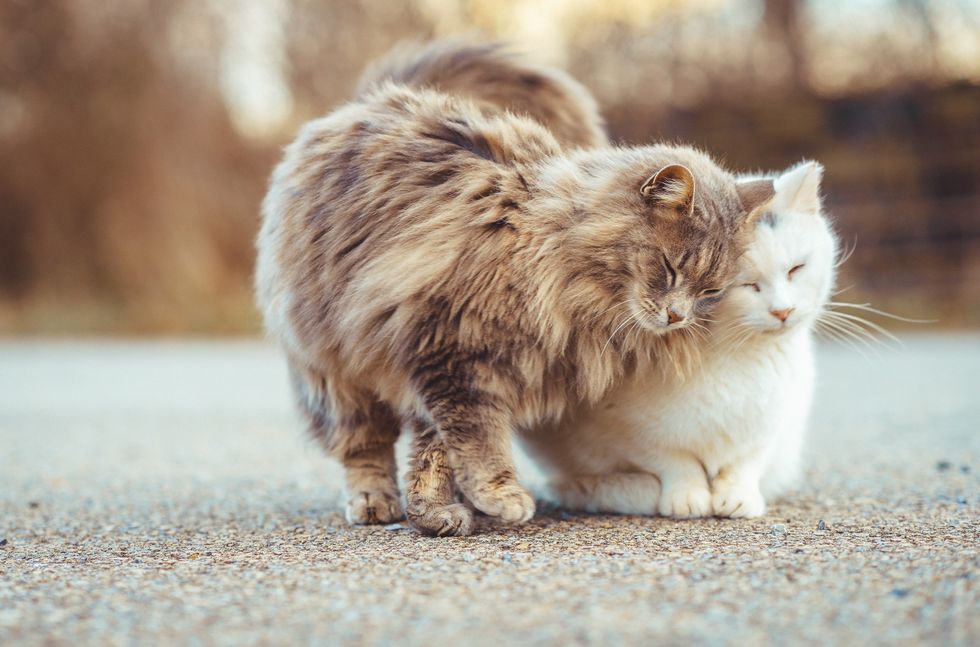 "There are about 25 cats living on this dead-end road, which used to be a lumber yard," Kevin Drum said.

An elderly man had been feeding this colony for fifteen years until he had to move out of state. "That is when my wife and I began feeding them… I don't think this many cats is that much more work; it's just a lot more food."

After almost two years, the cats have grown to trust the couple.

"Each cat is different. One of them demands that I scratch its head every day, and others will only come out to eat after I leave." 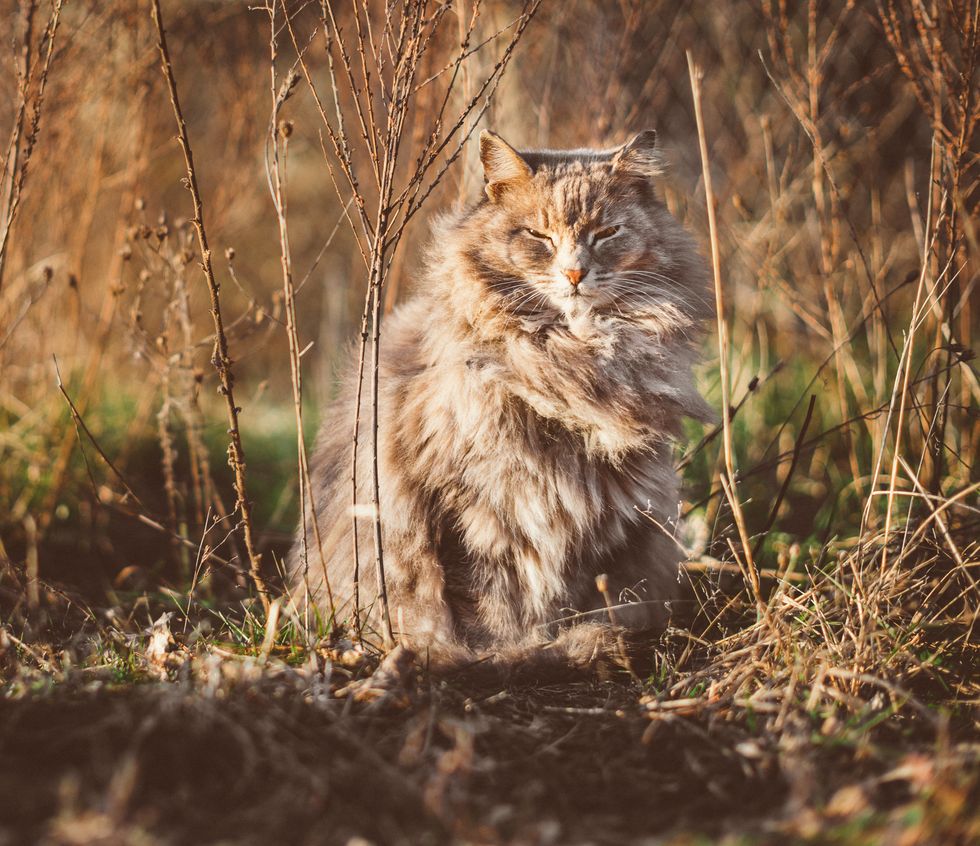 "When we show up, I click my tongue to call them, and an average of maybe 15 cats will come out of the woodwork to be fed."

The kitties line up along the fence. "The fence makes them feel a little safer, I think. It is part of the old lumber yard they inhabit. It helps protect them from larger predators and any scary humans that come to visit them." 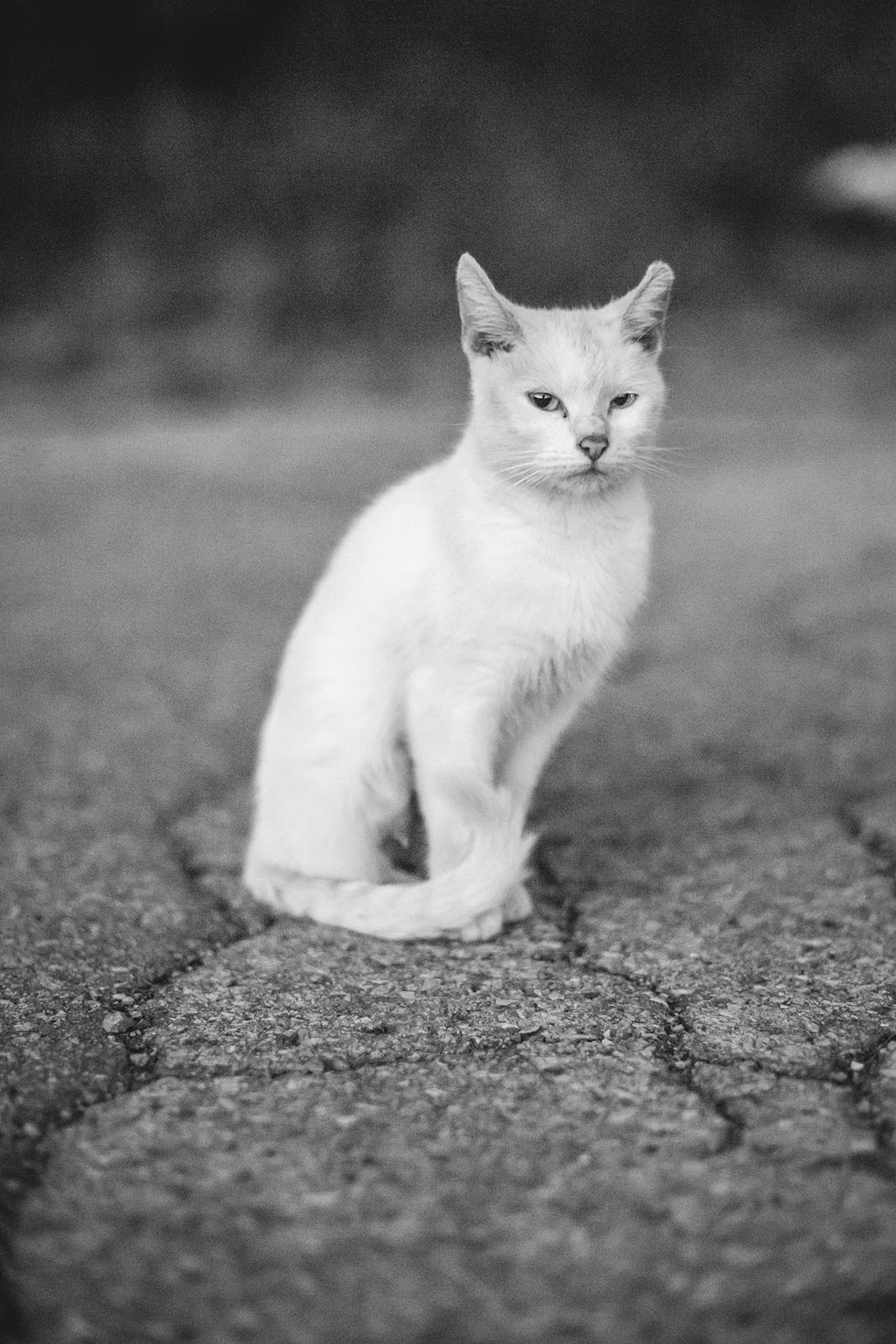 When they spot new cats, another lady comes to trap them and take them to be spayed or neutered, and then they are returned back to the colony as part of their TNR project. 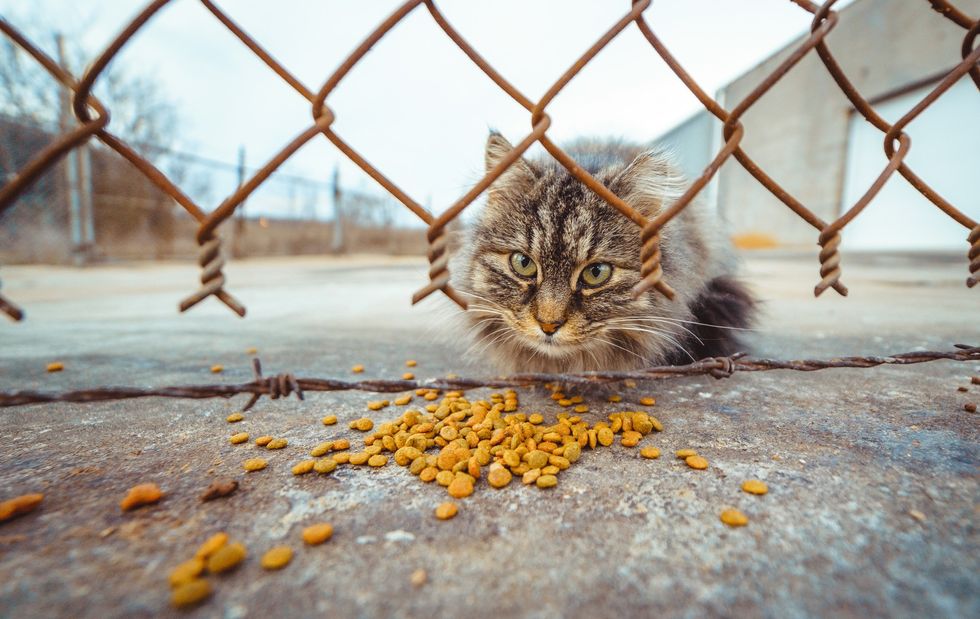 "A kitten that showed up last year was trapped and adopted. The ones that remain are quite feral," Kevin said.

"One cat has bonded with me pretty well, but it took a long time, and I don't think he would adapt well to living away from the colony." 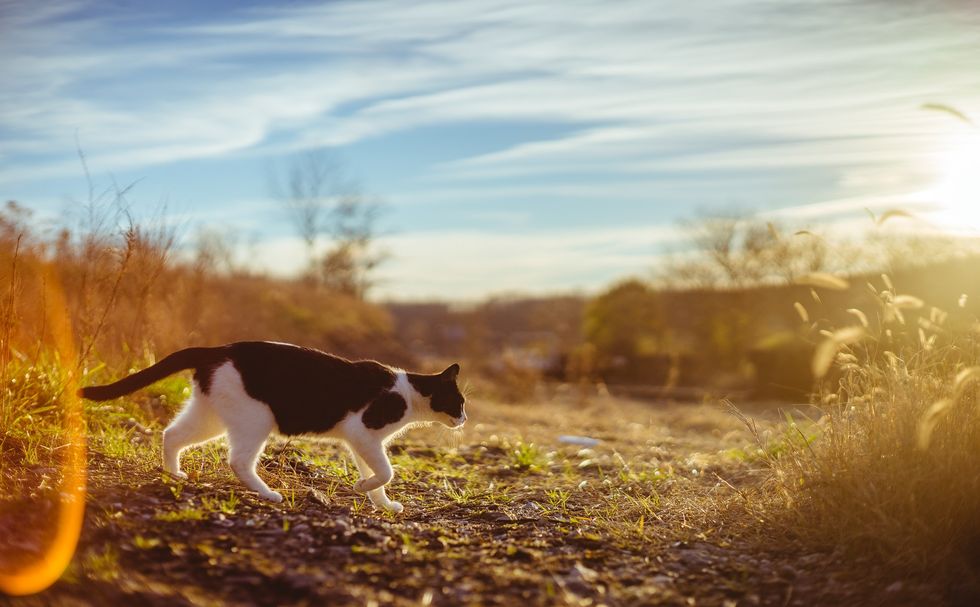 The kitties have learned to trust their caregivers from seeing them every day.

"The food helps, obviously, but only a few of the cats would allow me to get close when I first started bringing food." 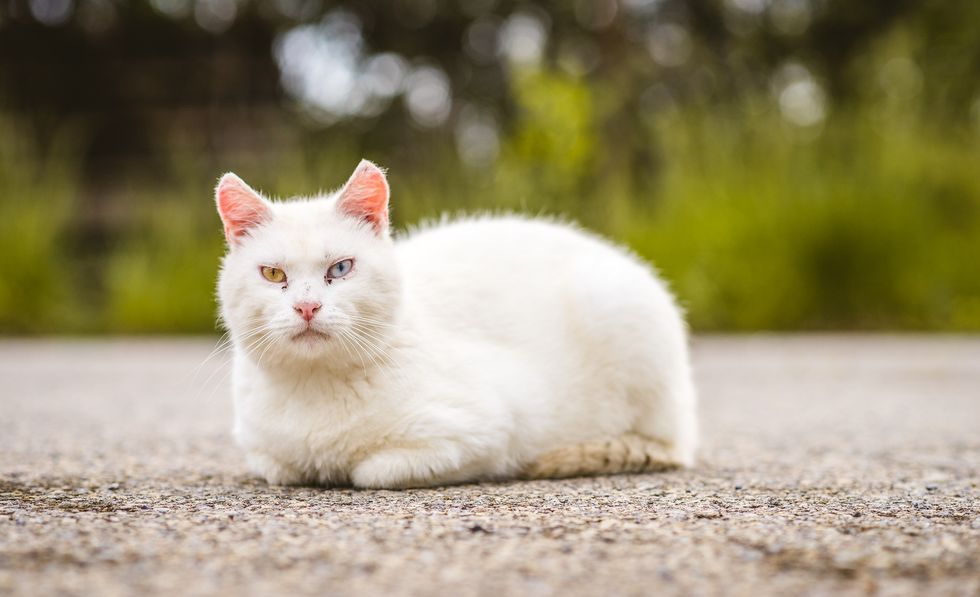 "There are a few other people who come by on a regular basis, and the cats seem to recognize them."

The size of the feral colony has shrunk over the years thanks to the TNR efforts and all the volunteers that help bring quality life to these deserving kitties. 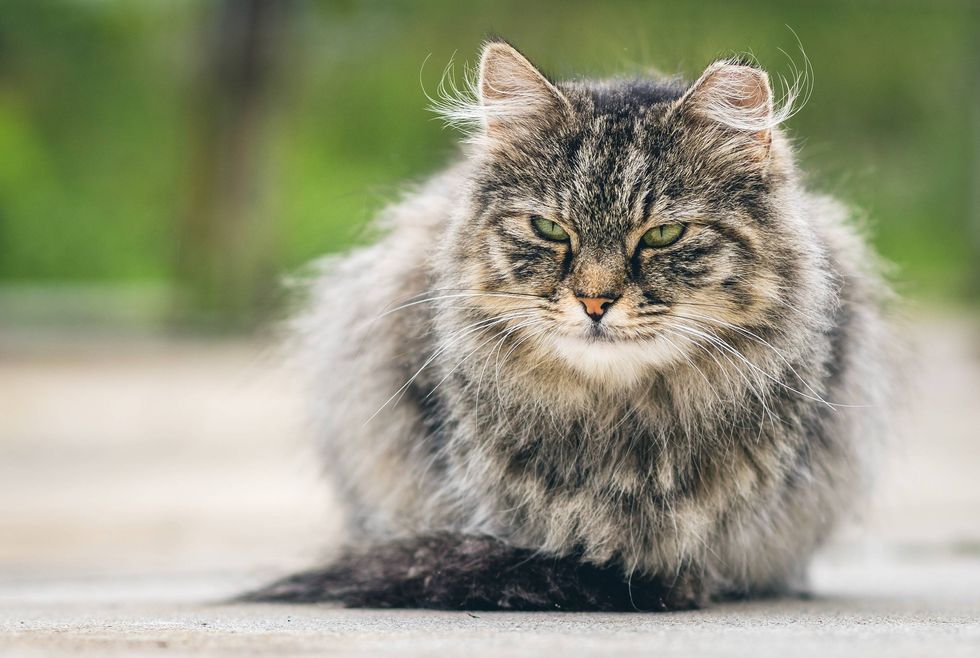 "When I show up, they know it's dinner time, so they usually go into eat-and-then-sleep mode," Kevin said.

"Sometimes I can get a few of them to play with a long piece of grass." 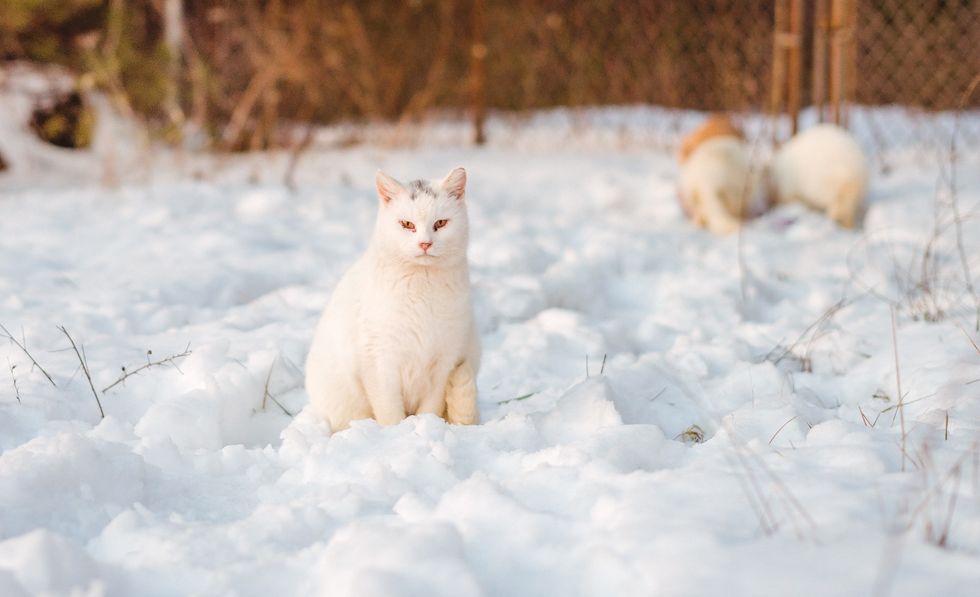 "it's just something my wife and I started doing every evening once the old guy moved away."

Even though they have to provide most of the food they bring, they don't mind at all.

"Worth every penny, though." 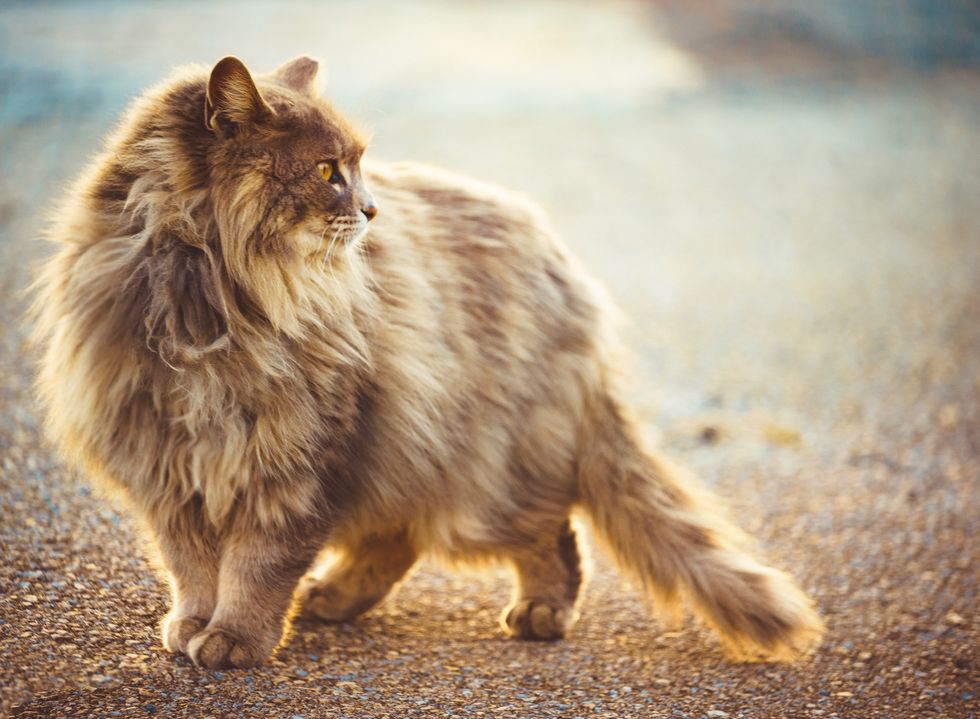 Winter is around the corner. Feral cats will seek shelter to cope with the hash weather. An outdoor cat shelter can make a huge difference for the wellbeing of these kitties.

Here's how you can make a cat shelter to keep the feral kitties warm this winter. Watch this video by Cole and Marmalade:

Related story: A School in Nebraska is Run by Colonies of Very Happy Feral Cats