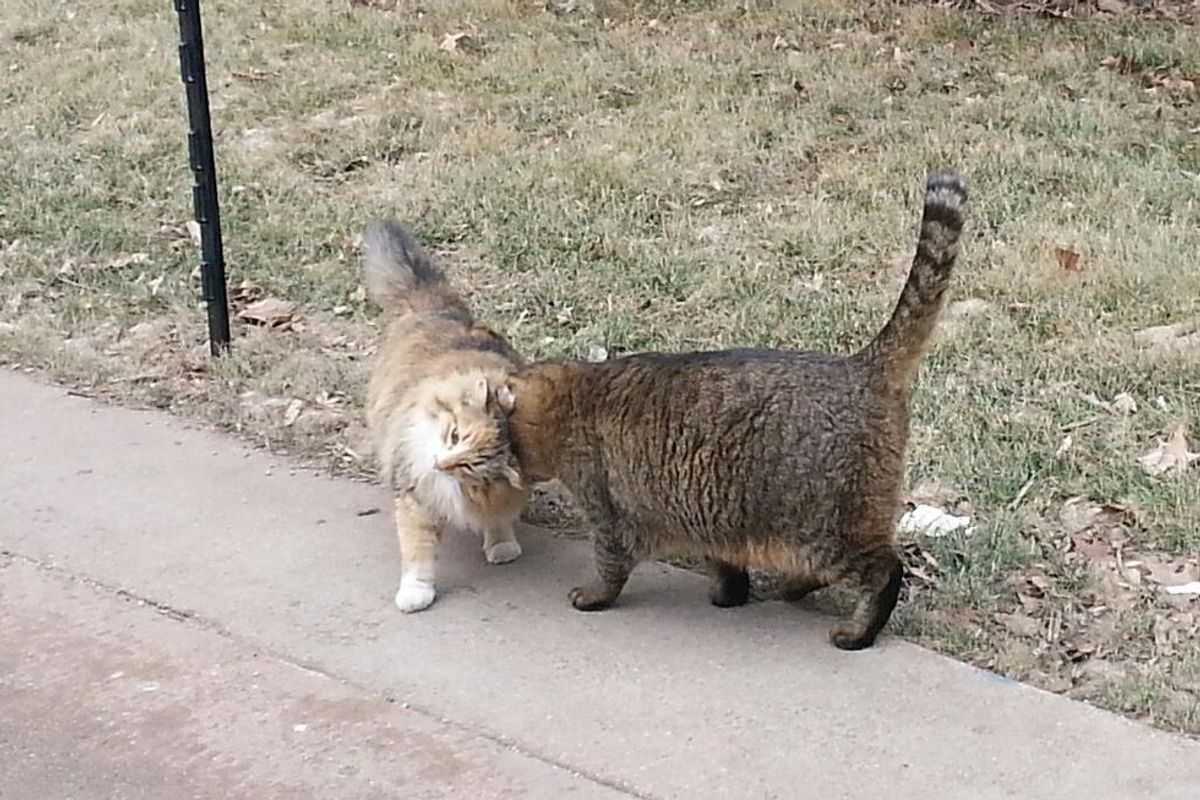 Cats are in charge at the University of Nebraska-Lincoln. There live several colonies of kitties on campus that are well cared for by their loyal servants - a group of staff, faculty and students at the University.

They work together to give a high quality life for these beautiful kitties living on campus. 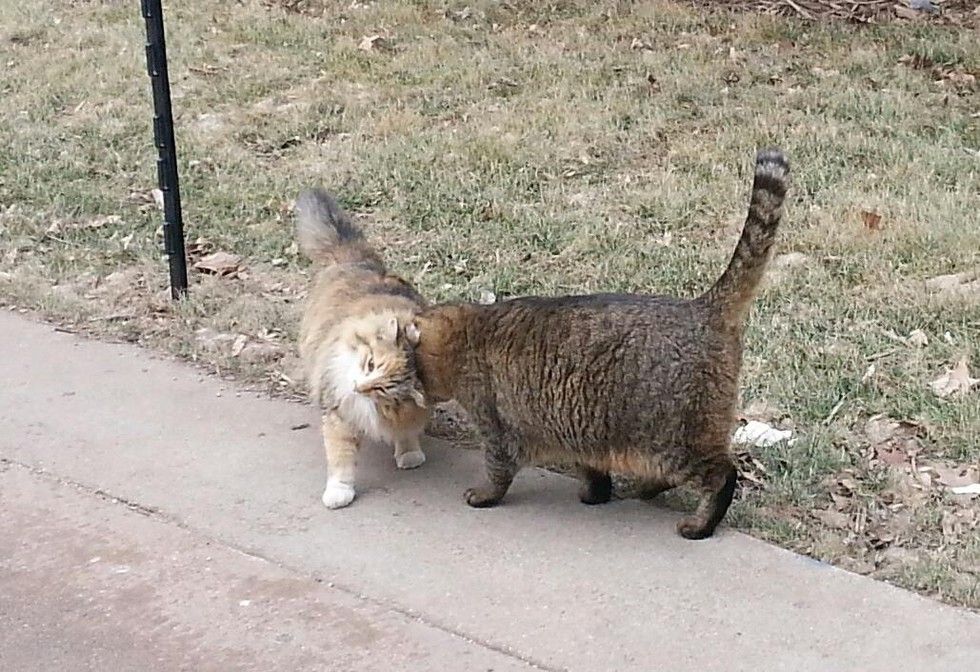 Ever since the first batch of feral cats found their way onto the campus, the number of kitties started to multiply.

In 2008, a group of volunteers comprised of staff and faculty members began to work towards stabilizing the population of the feral colonies and provide food and care daily so that the kitties and humans could co-exist in purrfect harmony on the beautiful campus.

They call themselves Husker Cats with a mission to ensure every kitty gets to live a happy and healthy life while helping maintain the beauty and safety of the UNL grounds and gardens. 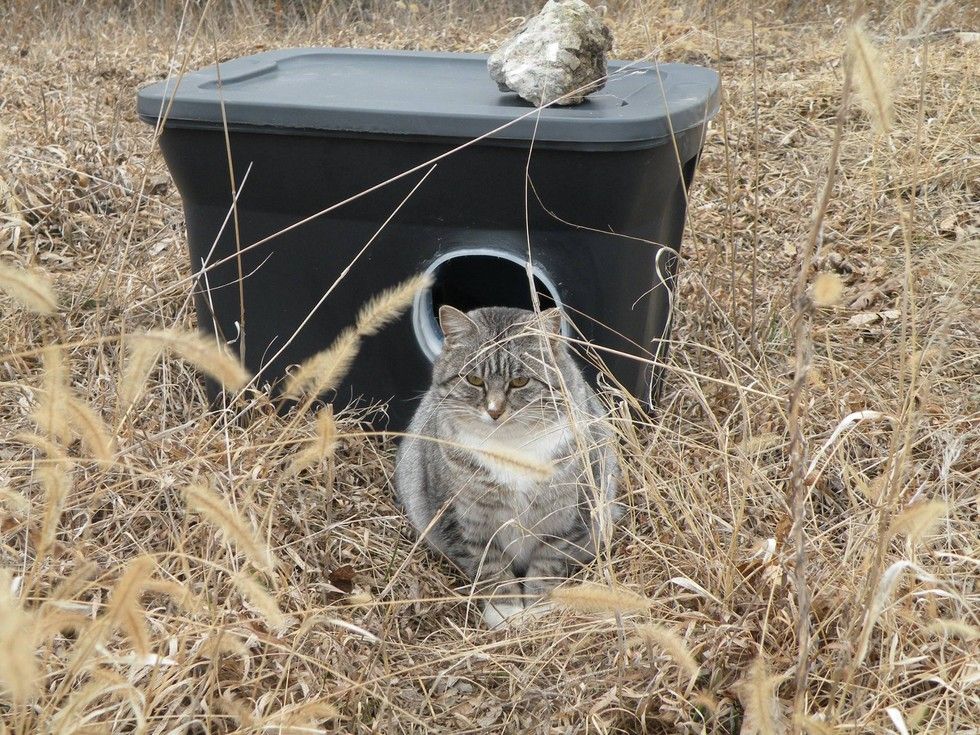 Sometimes the kitties like to show their appreciation by bringing their caregivers their most highly regarded "gifts".

"Walk outside to feed my feral, C.C., and find this in her food dish," Angela Rivey said. "She is looking up at me as if to say, 'dinner is served'." 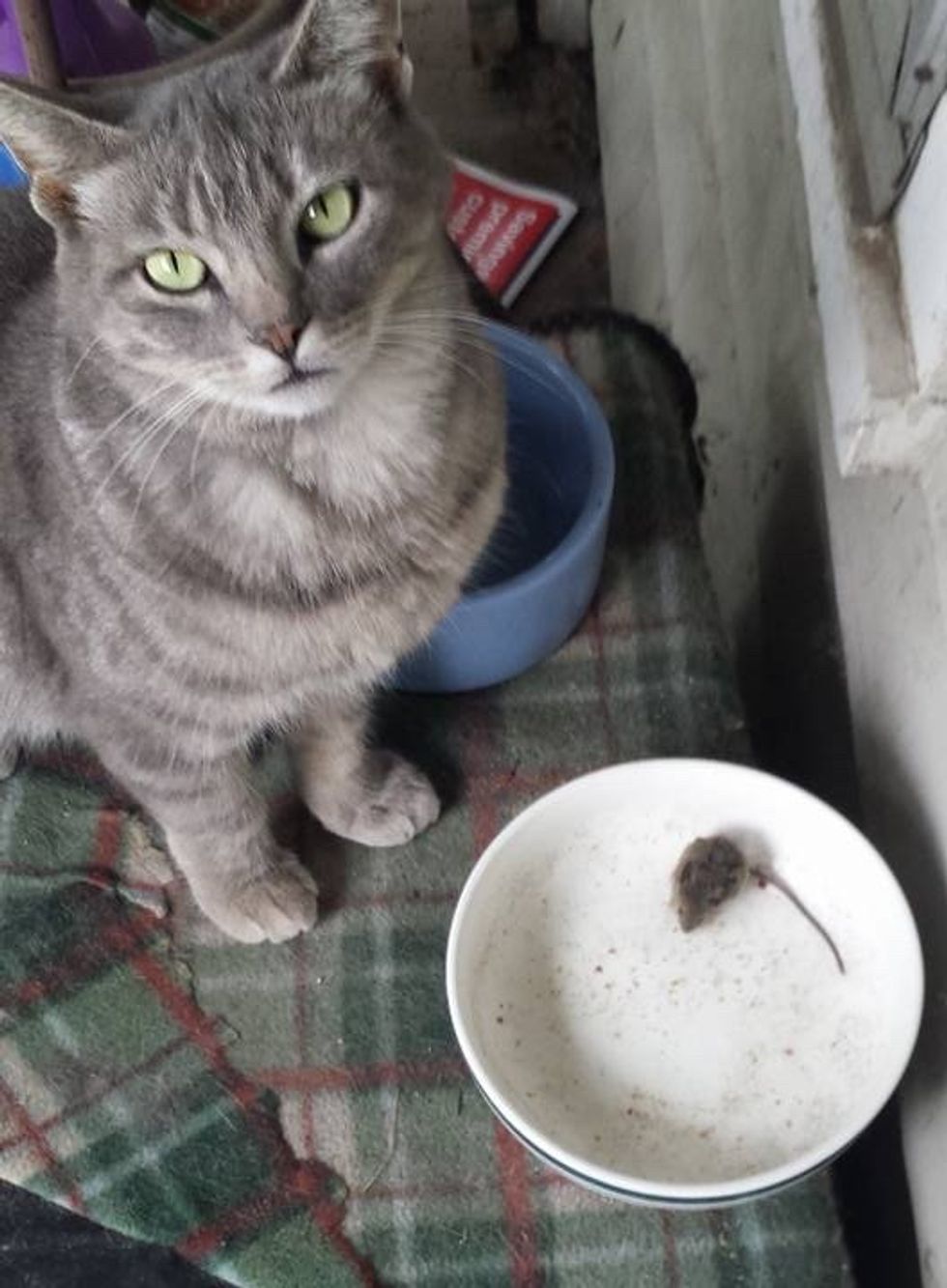 They set up feeding stations for the campus cats. Husker Cats is run primarily by staff and faculty, but students often volunteer to help towards the cause.

"Students volunteer to help clean stations and feed. We work with both our local Humane Society and a no-kill shelter to neuter/spay, eartip and vaccinate the ferals we trap," Reggie Graham of Husker Cats told Love Meow. 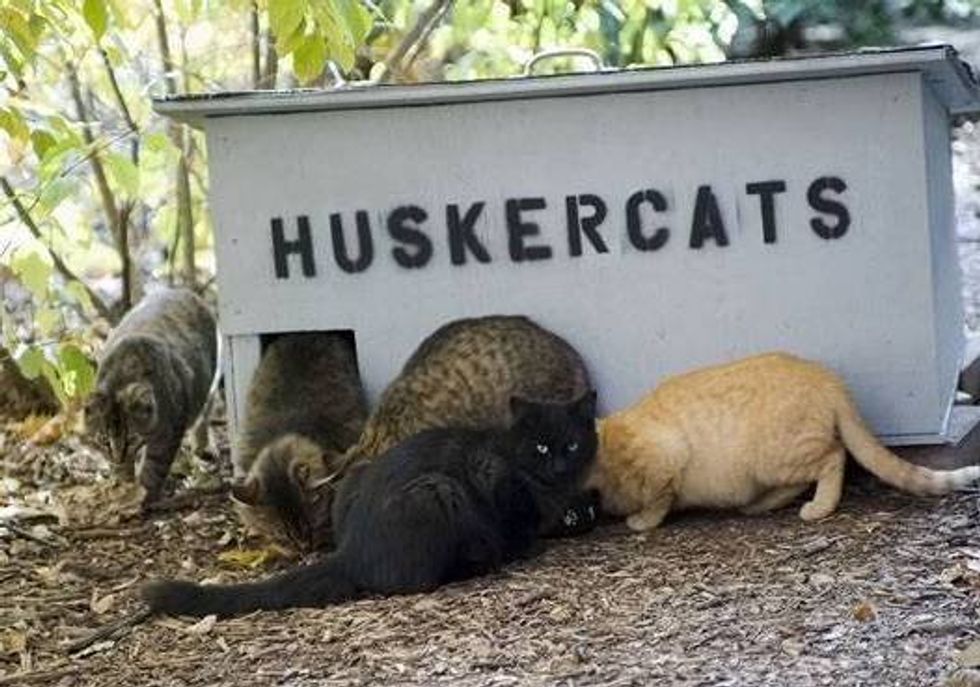 Their TNR program has stabilized the feral cat population on campus. "In fact, it has reduced to a manageable number. The occasional litter of kittens is quickly captured, fostered and adopted."

"We modeled it after Texas A &Ms barn cat program and the work done at Stanford," Graham told Love Meow. 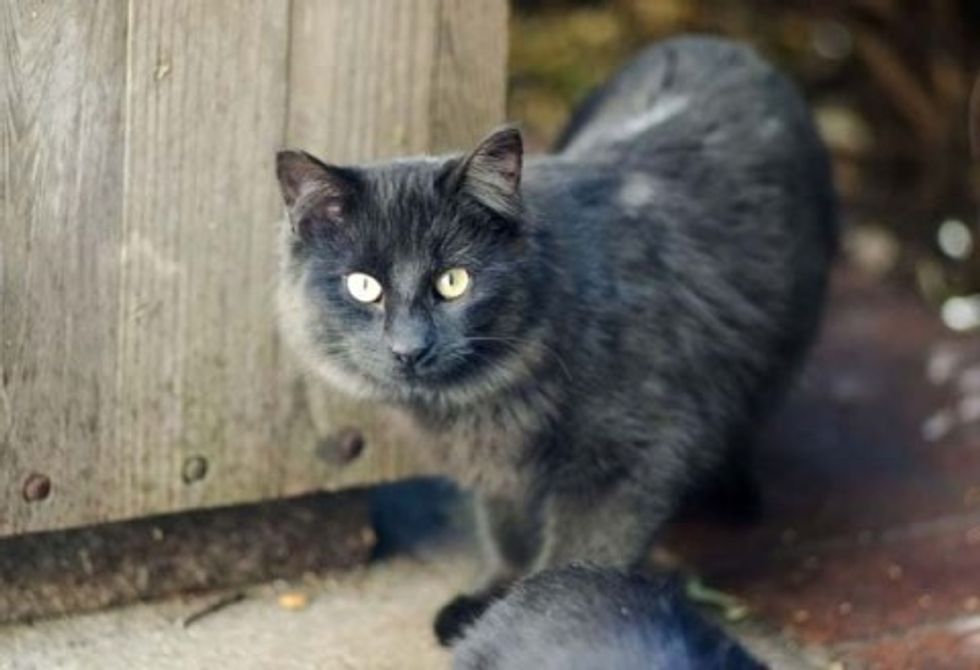 Each morning, the volunteers fill the designated feeders with food and water as the kitties anxiously await their feast. They all come running when their food providers arrive.

Husker Cats' trap-neuter/spay-release program has proven effective at helping regulate the feral cat population. "We originally had over 100 feral cats on campus, and the current number is below 70," Graham told Love Meow. 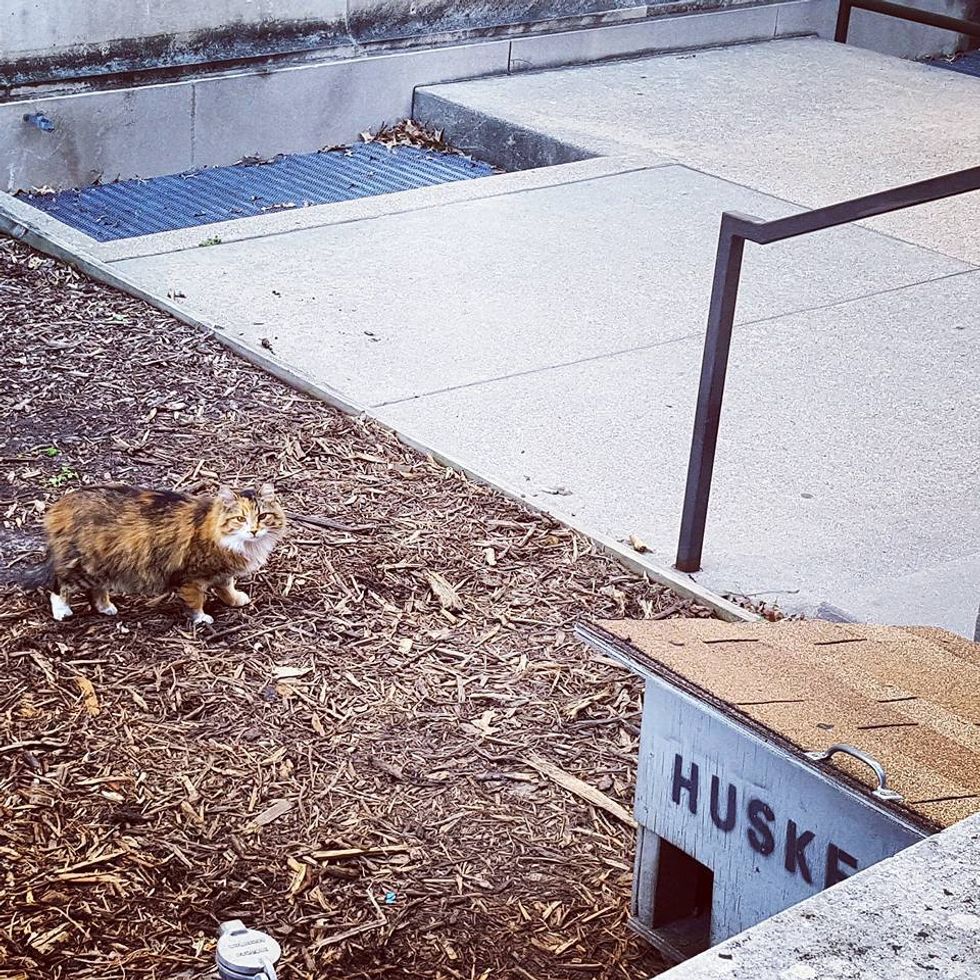 It's no surprise that some kitties eventually find their way into their caregivers' laps.

Lil Miss, one of the kitties rescued from a feral colony, has learned to love people and is now a big cuddler. "She really is the sweetest thing and has a HUGE purr motor," ‎Angela Gebhardt, foster mom, said. 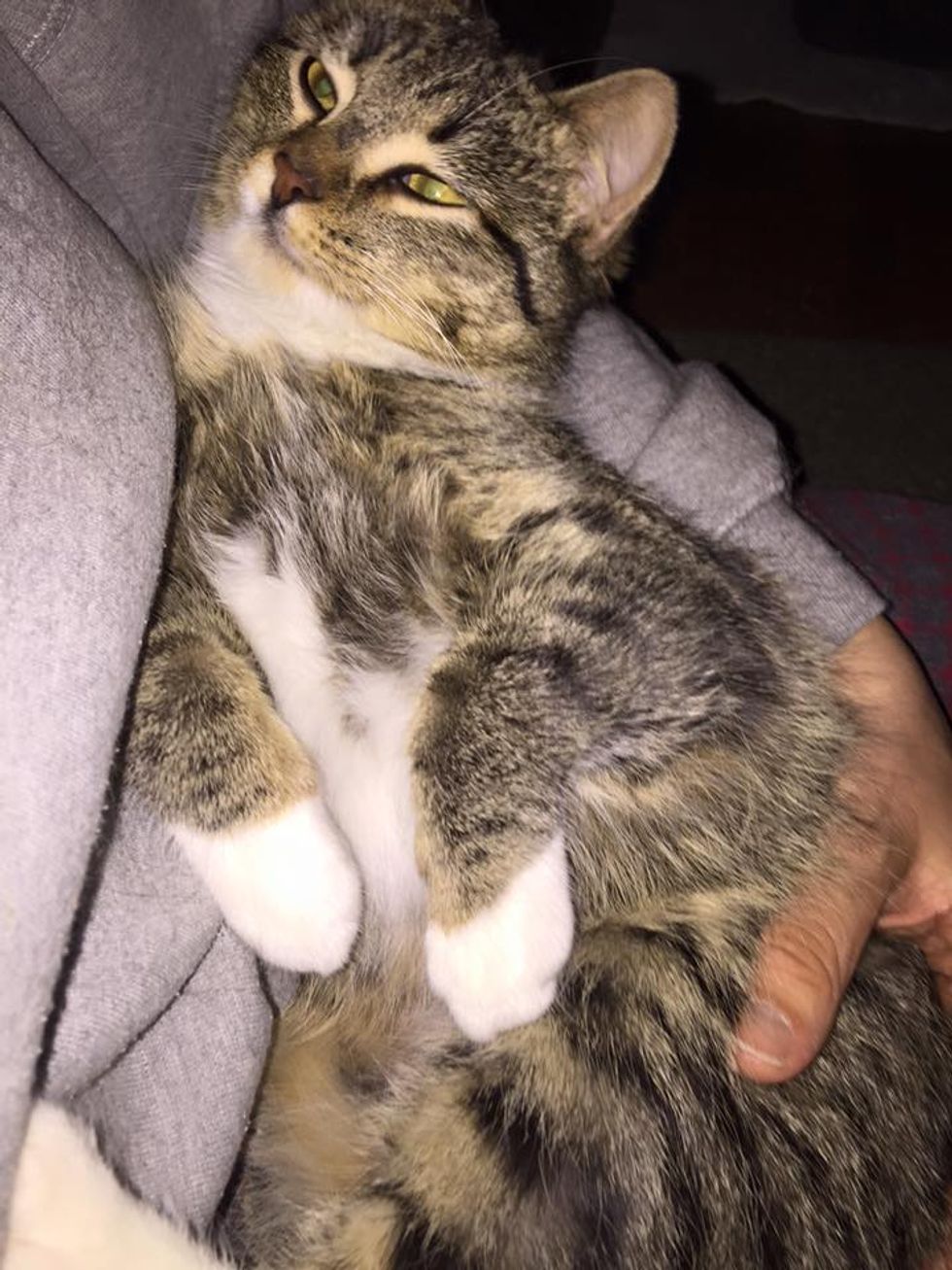 It's moments like this that make what they do so much more rewarding. 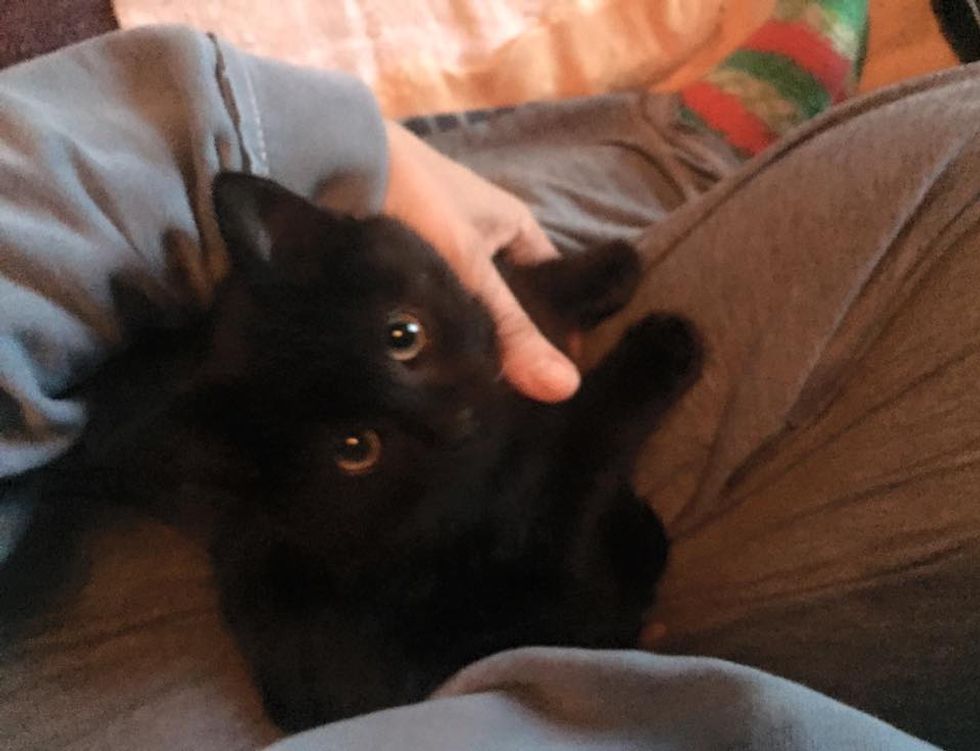 This ex-feral cat couldn't resist the love, and now has a roof over his head for the first time in his feral life.

"He knows that love is the same in every language. We're all made that same way," Rebecca Cahoon said. 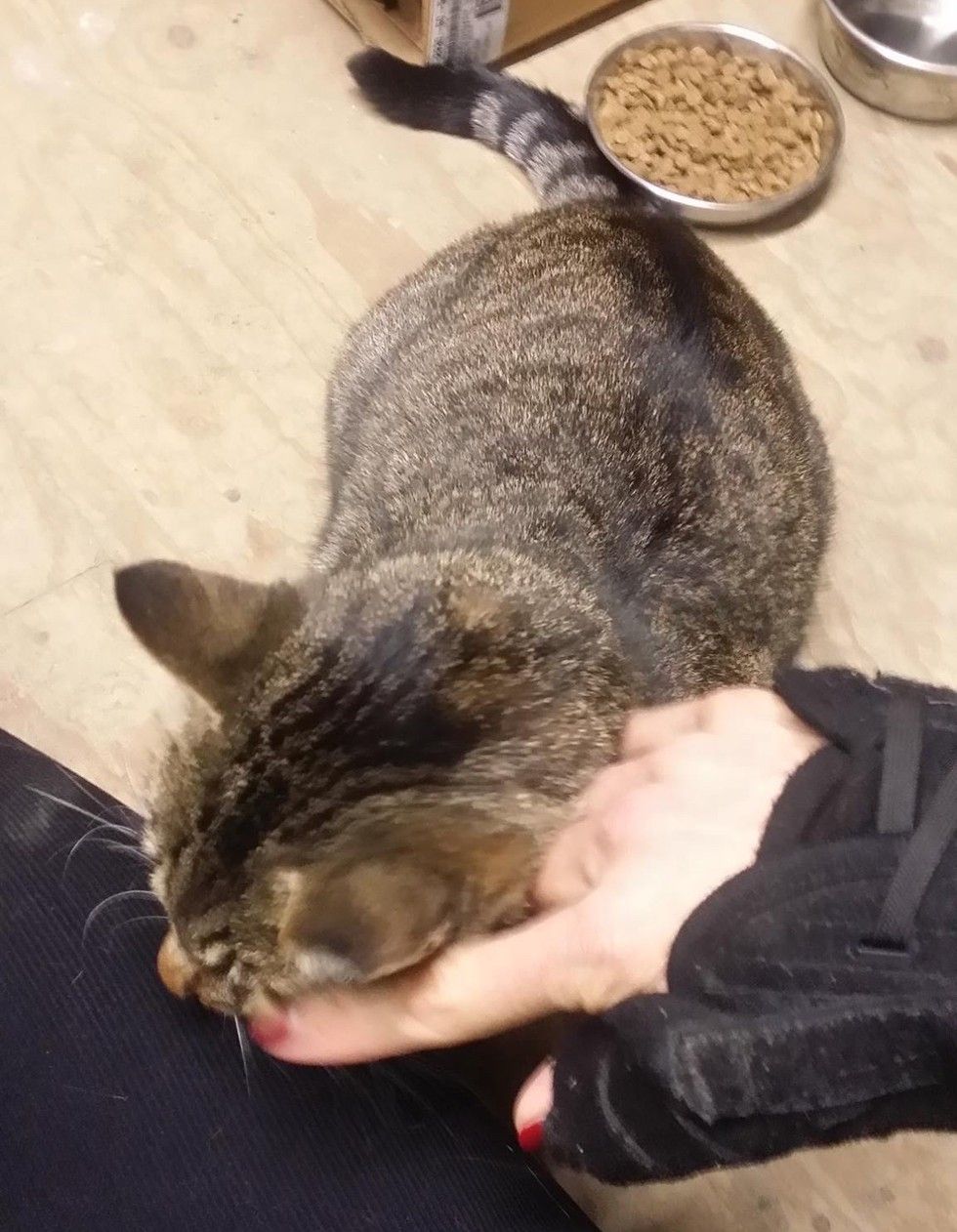 They trap kittens and put them into foster care before finding them their forever homes. 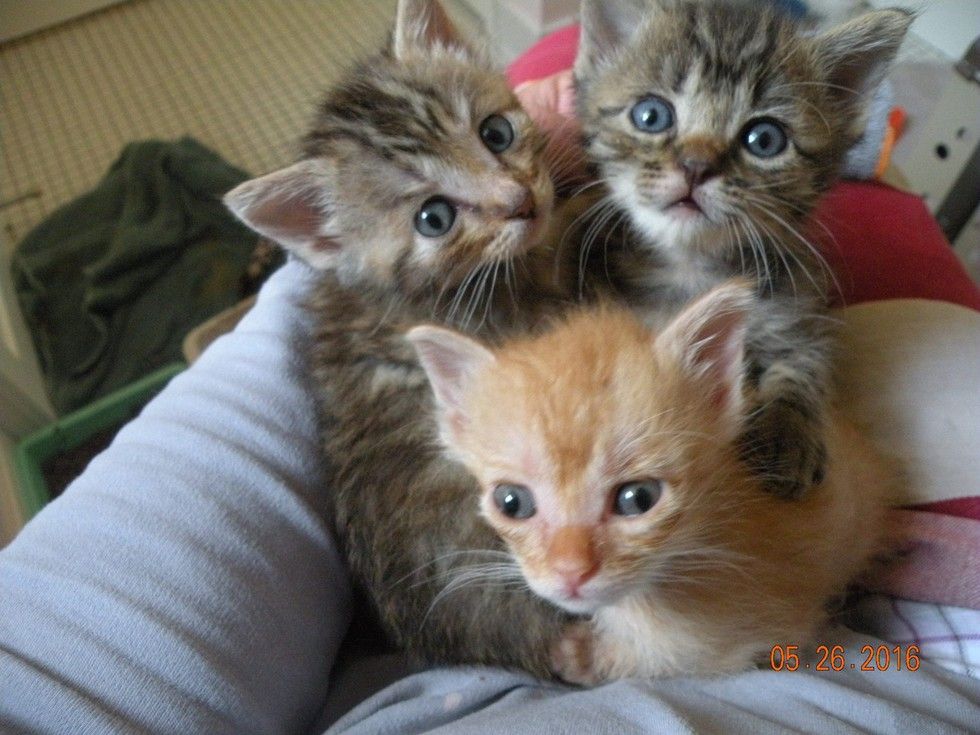 A pregnant cat named Fuzzy was rescued after the volunteers spotted her at one of the feeders. She gave birth to three tiny babies, but shortly after that, they took in three orphaned babies that desperately needed some motherly love.

Fuzzy took to them immediately and loved them like her own. 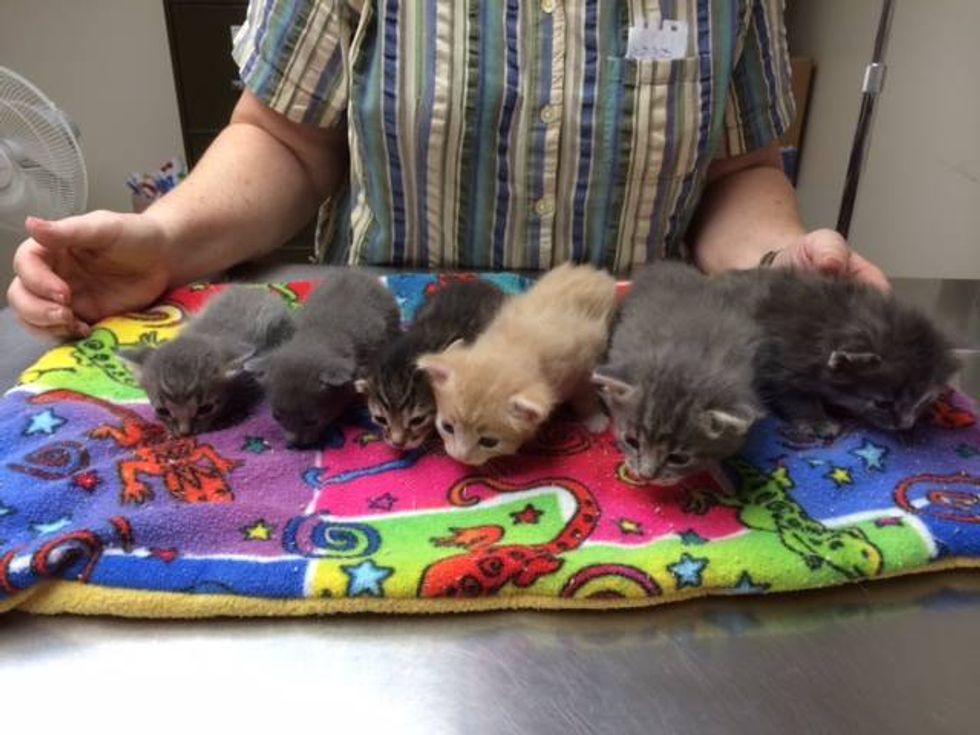 Many students enjoy the company of their feline friends.

They bring a lot of joy and comfort to the students who often get stressed over school work.

Seeing the kitties galloping on campus always brings a smile.

Sometimes kitties may stop by to say "meow".

This guy looked inside CBA, but decided it wasn't as interesting as outside. @UNLcampuscats http://t.co/OYQTOrDfvn
— Haiden Nelson (@Haiden Nelson)1396456763.0

A campus kitty stretching out, going about his day.

Related story: Cat Comes to University Every Day So She Can Rescue Students with Cuddles