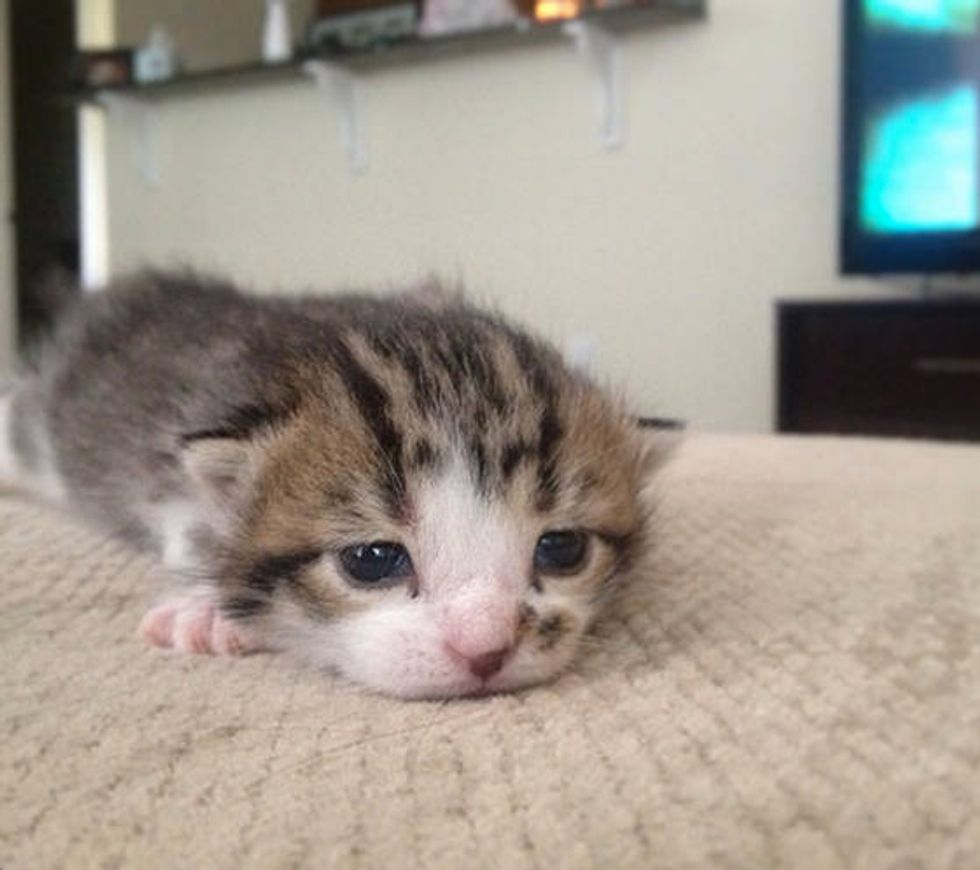 A Couple Adopt A Stray Cat But End Up With Five

A couple found a stray cat and adopted her into their home, but what they didn't expect was that they ended up with five.

"A few weeks ago, my boyfriend and I found a stray cat outside in the middle of a big storm. I adopted her and named her Ella," teeterri said via reddit.

"The first thing I did was hang pictures of her all over the neighborhood. I also posted to our community Facebook. I also took her to the shelter, they checked for a microchip and then said if I left her there they would have to put her down. I couldn't let that happen, so I decided to adopt her."

As time went by, Ella's belly began to grow. Then one day, her belly popped and four tiny fur balls were brought into this world.

"I am going to make sure to find them all great forever homes. The orange and white one already has a home lined up. I am just enjoying playing with them for the summer while they grow strong," she added.

But they didn't know that she also brought a few others along. One day she gave birth to a litter of four kittens