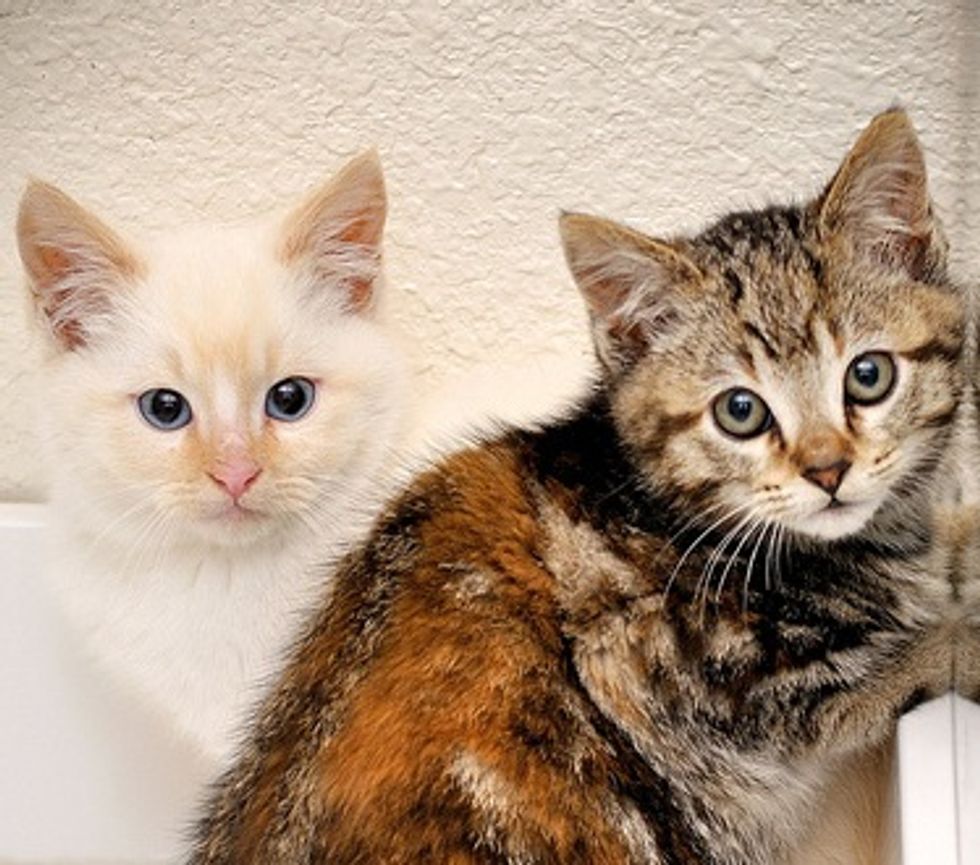 Written by ©Margaret(flickr: Margaret and the Beasts).

Two feral kitties showed up in our back yard in Feb and we caught them the same day (through our Trap-Neuter-Return or TNR). We kept them in hopes to get them adoptable. However, they were a little tricky. Neither really made much progress in their first month, which was interesting considering they were quite a bit younger than the other group of older kittens we'd trapped in September. (Just goes to show how genetics plays a huge roll in sociability and the importance of socializing kittens as young as possible.)

They started doing a bit better in their 4th & 5th week, but still had MUCH longer to go than I was able to put into them. I promised myself I would trap and spay/neuter any feral I saw while we lived there, but since these 2 were so young I wanted to give them the opportunity to possibly be adoptable, but after almost 2 months, hope was fading away.

I got them fixed. The night after her spay, the female (now named Kiley), was having a VERY difficult time. I think she was in a lot of pain and likely scared, and she was crying and very upset. I think her brother may have been trying to play with her, etc so I separated them but she was still very upset. I ended up taking her to bed with me and just gently restraining her in my lap and just tried to make her feel warm and secure. Amazingly this worked, calmed her down, and she slept in bed with me all night. From that day on she made fast and remarkable progress in socializing. At that point I decided I would dedicate the time to getting her adoptable, there was hope.

Not all feral cats can transit into home life. Unfortunately her brother, Stellan, never got any better. He would lay on the bed near us, play with the feather toy with us like a mad man, eat in our presence, etc, but he NEVER got to the point where I could get my hand close enough to pet him. He always needed at least a 3-5 ft distance from us, and would jump and run and otherwise freak out (possibly injuring himself or objects in the room) if you tried to come closer to him. He was also EXTREMELY active and was getting very restless in the bathroom, even with regular play sessions, and was destroying the bathroom with boredom, so I made the tough decision to release him back to the colony near me where I could feed him and keep an eye on him.  Within a couple days he and a feral resident, Creamsicle, were playing and hanging out together. They became inseparable.

A friend of mine in Colorado fell in love with Kiley, as she looked like her kitty of many years who had passed recently. I flew her out there in July and she blew us all away by adjusting to her new home, new "mom," and new canine brother almost immediately! She is much loved and fits in so perfectly in her new home. I could not have been happier.

Photos courtesy of ©Margaret(flickr: Margaret and the Beasts, Margaret’s blog: The Beasts – a blog, Facebook page).