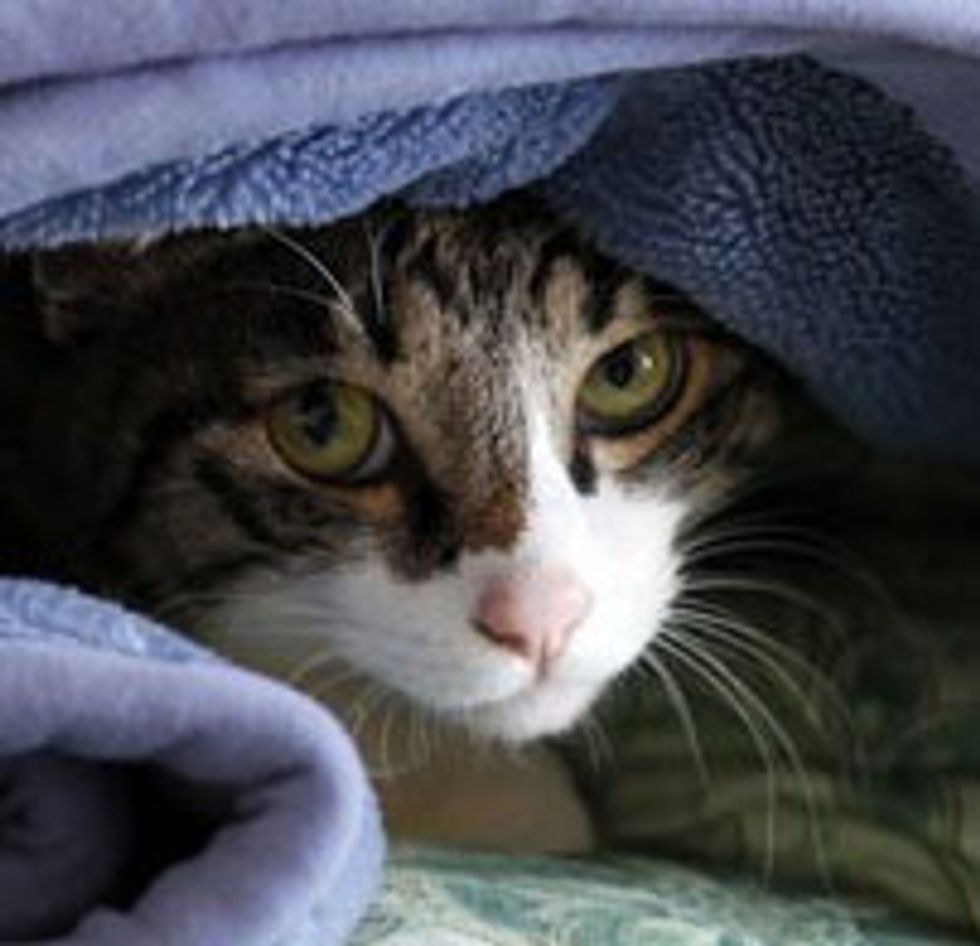 Animal Rescue is Ongoing After Earthquake and Tsunami Hit Japan

"Yesterday morning, we visited Sendai city shelter and offered assistance. They have had an influx of animals since the earthquake, as well as an influx of reports of missing animals, however they are not full yet and will continue to be taking in lost and abandoned animals. They assured us they have adequate supplies, but will be in touch if anything changes. They will also likely need the help of Isabella’s shelter (Animal Friends Niigata) to take in animals when their shelter is full. The shelter officials gave us a tour (it’s quite a good facility, albeit a little barren at some points). They said their phone line was just restored today, so they know the worst is yet to come and many people with animals may have simply been unable to get through."

Here is one of the rescues they saw at the shelter:

"Shelter officials we met in Sendai yesterday mentioned that a soldier found a cat yesterday when he was recovering bodies from an area. The cat was terrified and hiding in his bed. The soldier brought him to the shelter, bed and all, and he will be put up for adoption if his guardians don’t come to claim him."

"One evacuation center was housing 10 dogs, and some of the evacuees living there reportedly had cats at home as well who they were checking on, so we left a huge supply of dog and cat food," added JEARS.

Click here to see other animals (in Japanese) rescued from the tsunami at Sendai City Shelter.

"We've already taken in over 20 animals who've been displaced by the disaster but there are sure to be more and more coming, and we are trying to create temporary shelters at Animal Friends Niigata to house them. We are also looking into renting a nearby warehouse," said JEARS.

A Lost Pet site was created (in Japanese) for people to post their missing pets online. The information is valuable to rescuers to find the owners for all the animals they take in.

Here is one of the missing cats in Sendai:

Here are links to the missing pets by location (in Japanese):

Click here to see pets that have been rescued (in Japanese), looking for owners.

Many cats and dogs are with their owners weathering this difficult time in evacuation centers in various devastated areas.

Click here to see 23 photos of dogs and their owners staying together during this devastating crisis.