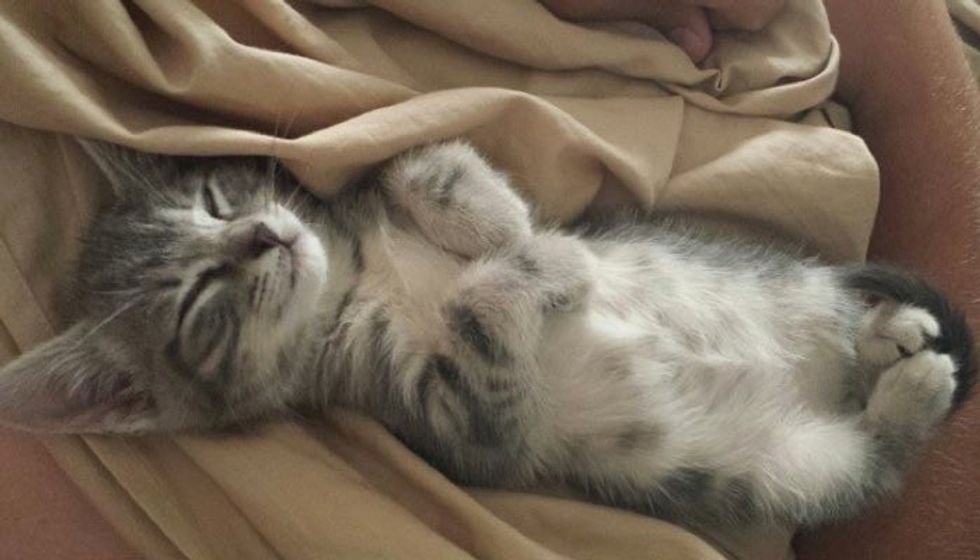 Ash the Kitten Hitched a Ride to His Forever Home!

A tiny grey kitten was wandering on the road near a vacant house. "I'm a home inspector, and I drive over 100 miles a day. I don’t normally pick up hitchhikers, but I found one I couldn’t say no to," said reddit user zdaytonaroadster.

"Found him at house that was vacant, just wandering around by the road. I was sure he’d get hit by a car. I didn’t see his mom." It was really hot that day and the kitten was panting.

"(I) stopped at a local run down gas station and got him a little water." Then they were on their way to the kitten's new home.

They named him Ash. "He's got a puppy to play with. He’s already getting spoiled."

Kitten in the car, on his way to his new home.

Ready for some belly rubs!

Ash's new human's father came by to meet his new grand-kitty and brought him a little kitty milk.