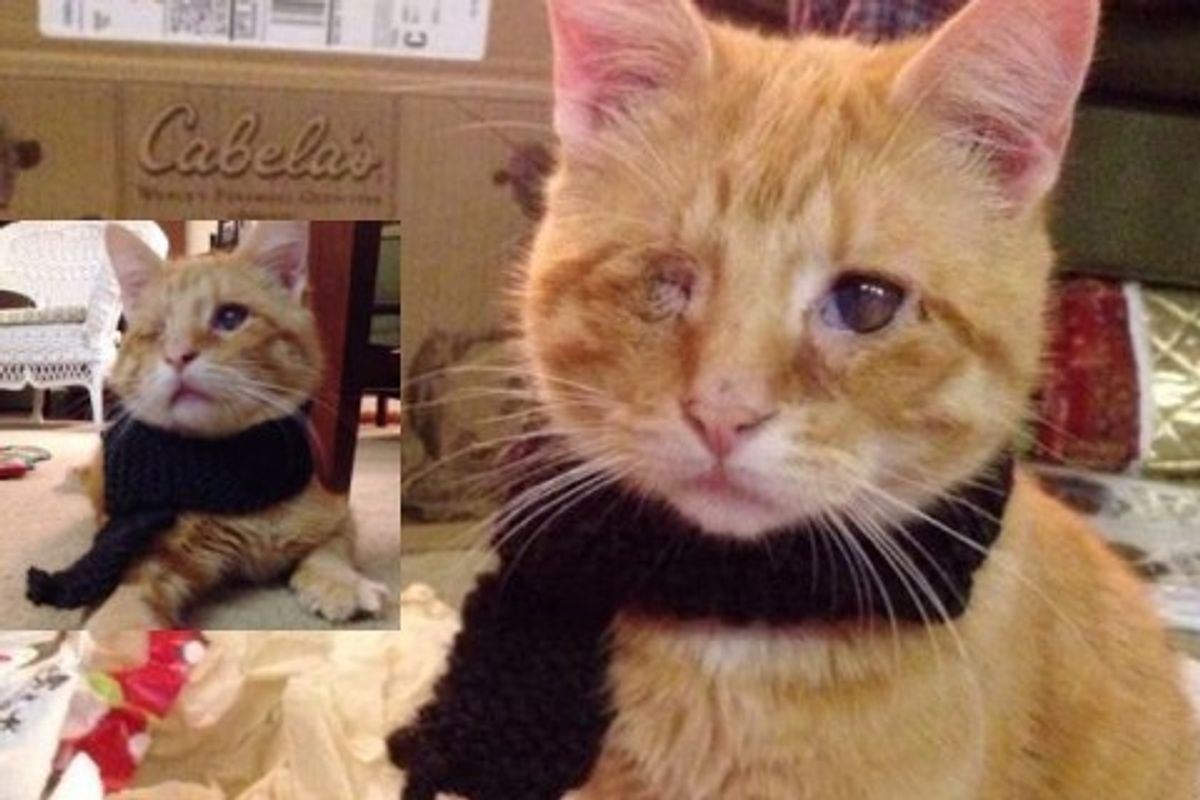 He was found on the side of the road. Despite being blind, he is very happy to have people who love him, a forever home to sleep in and a nice scarf made just for him to keep him warm. 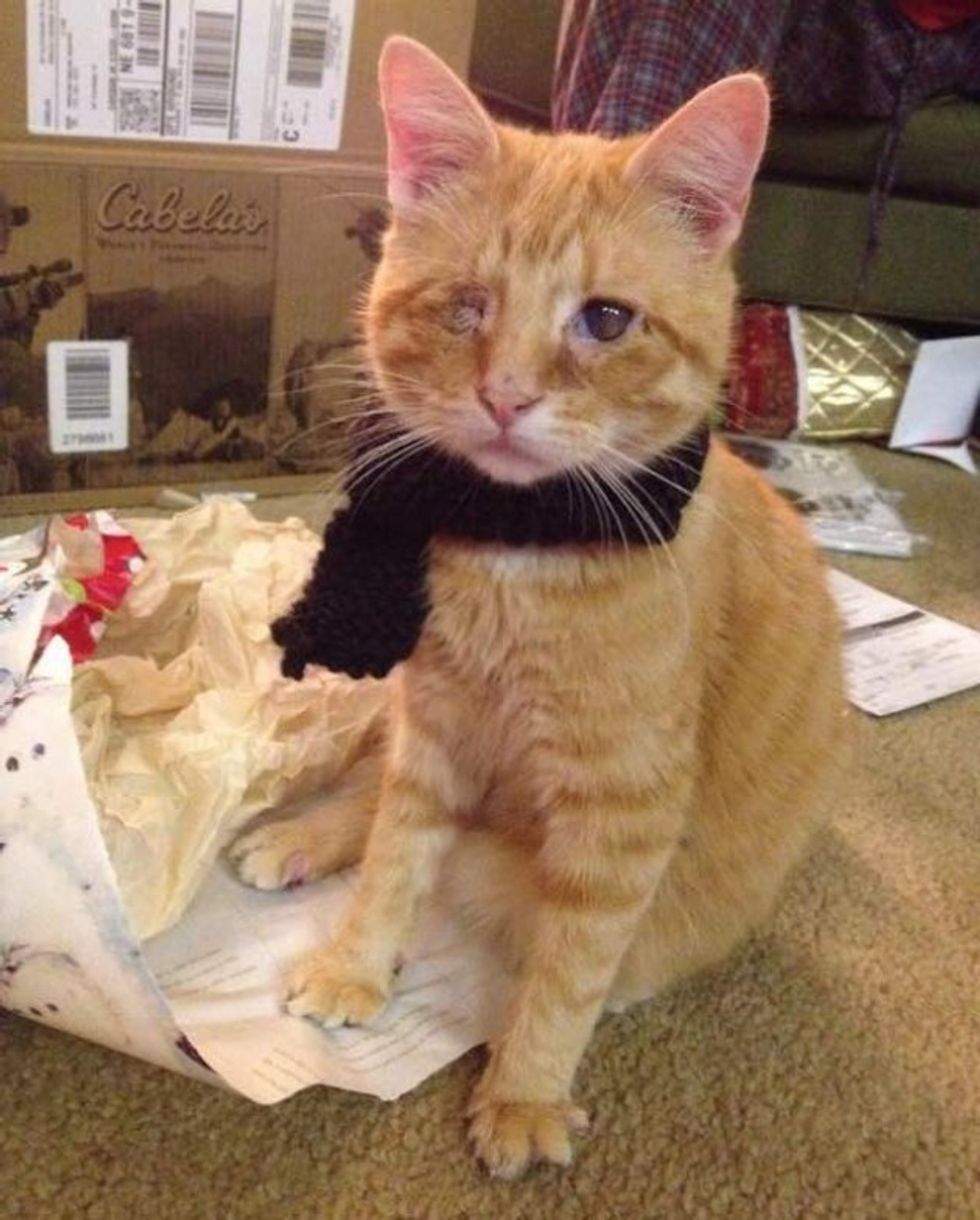 "My sister found him on the side of the road in June. We took him to the vet–he had some sort of an infection, so (one of his eyes) got taken out. He's actually blind in the other eye as well," reddit user l_n said.

"He is a very happy and friendly cat though!"

Despite being blind, Hot Dog has no problem getting around in the house. He can navigate with his memory once he's mapped out the house. He figures out where things are very quickly.

He has one eye which is blind, but this ginger boy is a very happy cat. 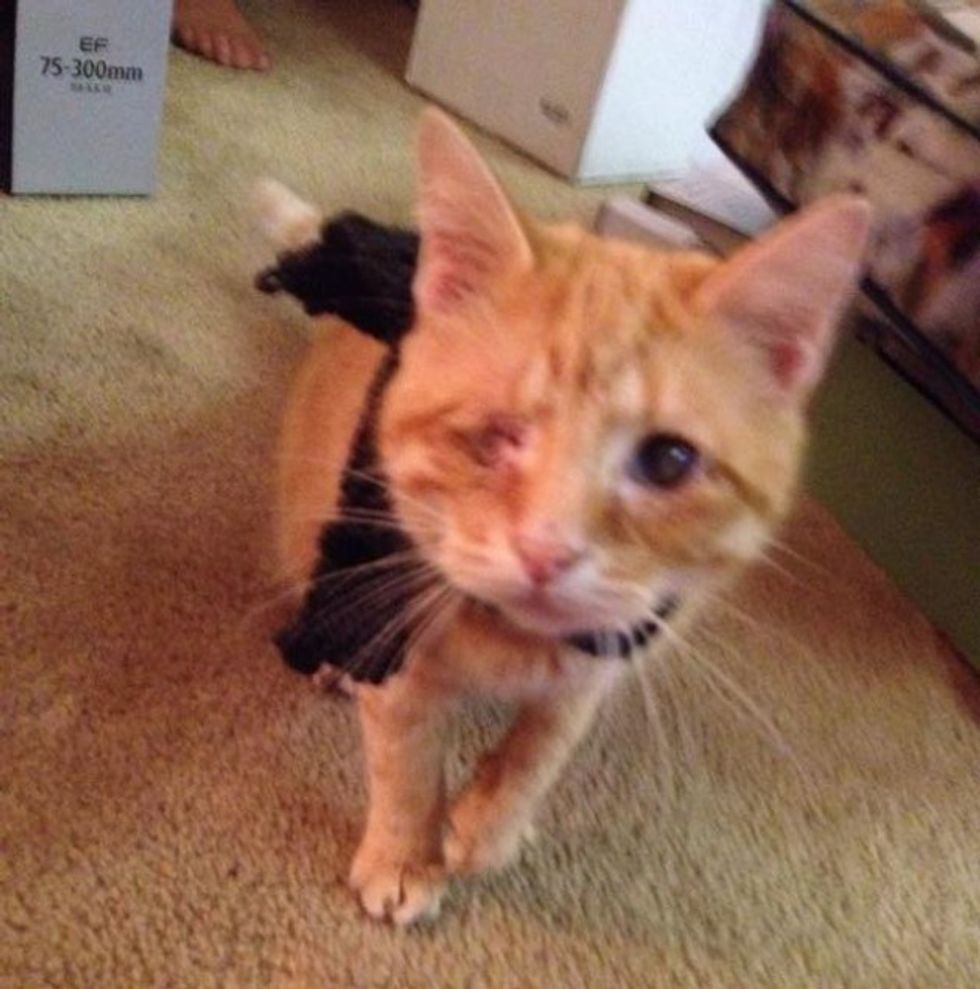 They found him on the side of the road and gave him a loving home. Despite being blind, he can navigate the house very well and is very happy and playful. 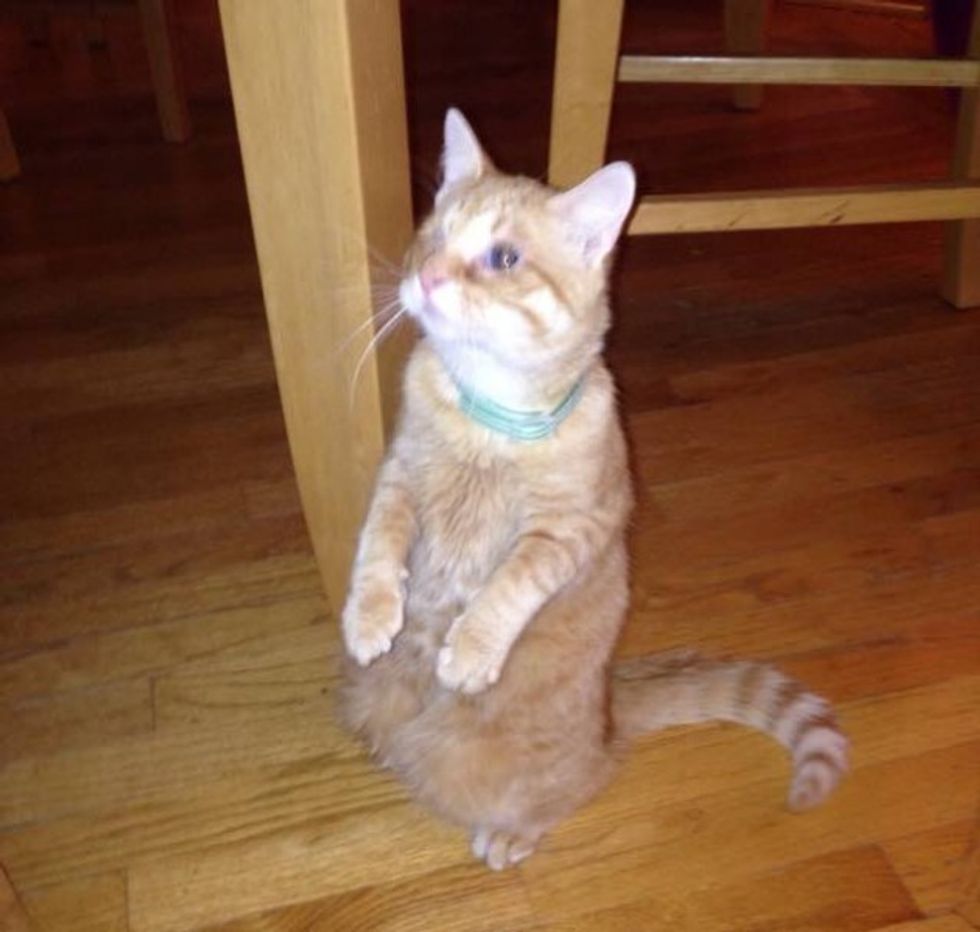 They made a little scarf just for him. 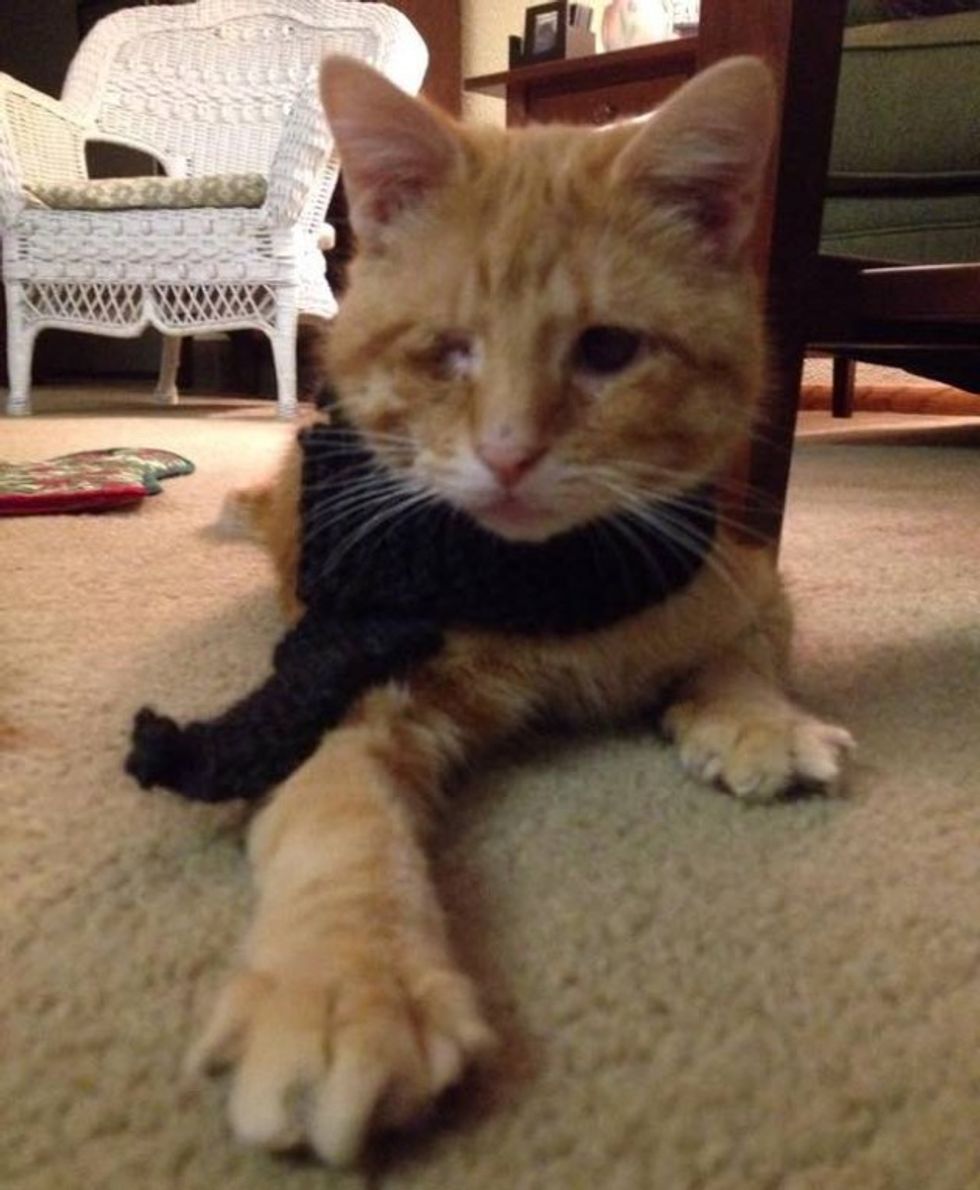 He feels the love and he knows he looks dapper. 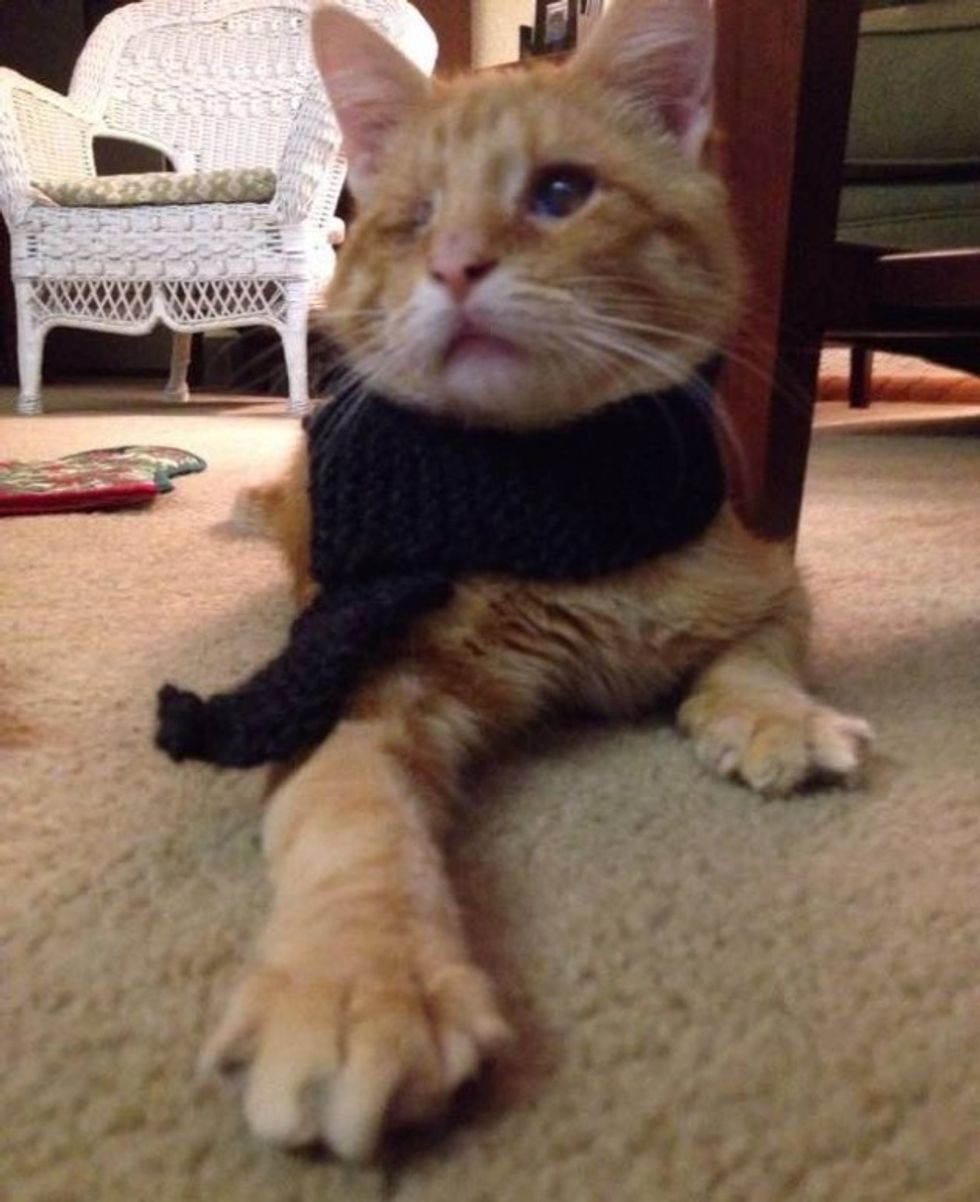