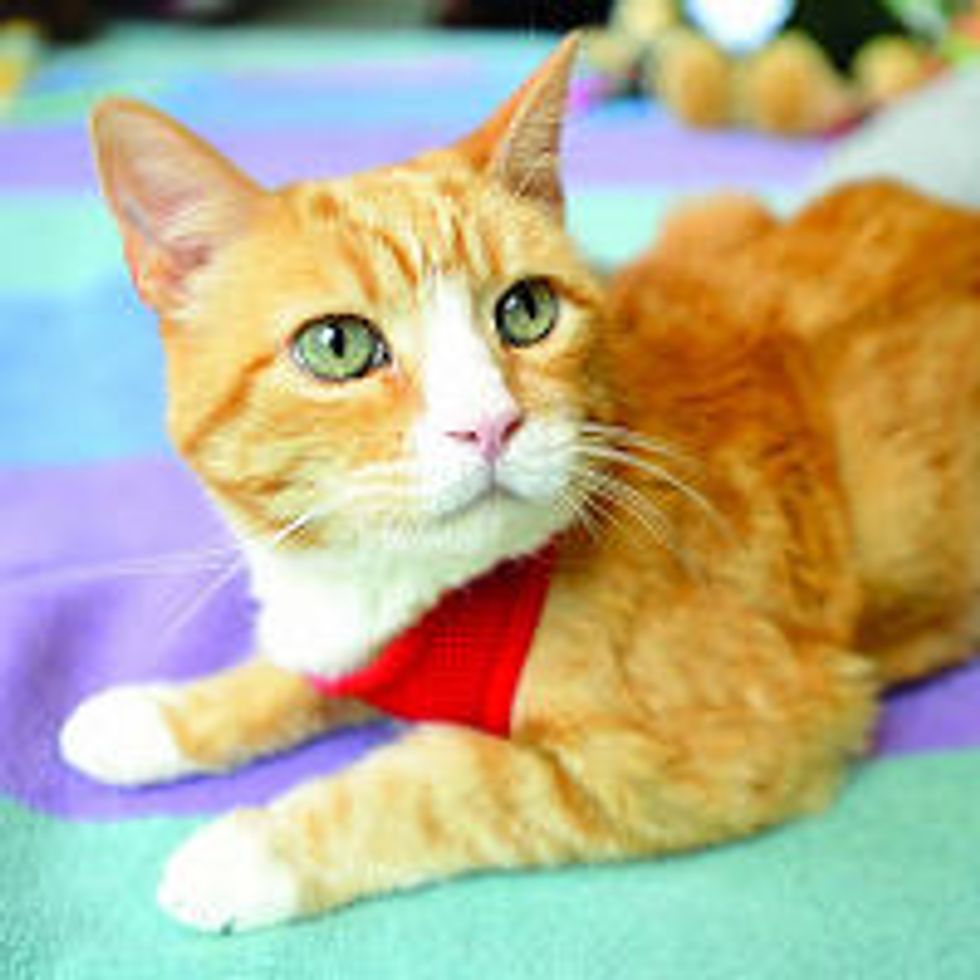 Bogey the Cat with Forgiving Spirit, Turns Past into Helping Children

Bogey Mack, a petite marmalade-colored Manx cat has a forgiving and loving heart that touches people. He has gone through the toughest period in his life. Not only has he never lost trust in humanity, he has taken his past and turned it into an opportunity to inspire others and teach children the importance of love and care for their furry companions.

Bogey was a hungry stray cat found on a utility box, rummaging for scraps. He "was a sweet but unfamiliar face amid the rough-and-tumble regulars that populated this feral colony," wrote Fat Kitty City, animal rescue group from El Dorado Hills, CA.

The colony manager quickly realized that Bogey was abandoned and placed him in the care of Julie Zimmer, fosterer at Fat Kitty City, and soon Bogey was up for adoption. "Bogey thrived in his new home. Yet, one fateful day his owner left him in the care of a trusted family friend. That's when tragedy struck. When his owner returned Bogey was lying limp on the floor and barely breathing."

They rushed him to the veterinary clinic and he was diagnosed with multiple injuries. Bogey had been hurt and was in critical condition. "But, Bogey was destined to achieve greatness! After several touch-and-go days of intensive care he awakened... He spent time in rehabilitation while his body slowly healed from the massive trauma. Soon Bogey was gingerly walking." He returned to his foster mom to continue his road to recovery. When Julie saw Bogey again, she knew there was no way that she would let him go.

Despite his journey, Bogey's spirit never failed him. He is as loving and kind as he's always been. His forgiving heart and resilience have inspired so many that they have made Bogey an Education Ambassador at Fat Kitty City to teach children about humane animal treatment, abuse awareness and prevention, and the responsibilities of pet ownership.

Bogey survives and thrives to tell his Tale of Greatness, making a difference in lives of people he meets.

Bogey the cat with a forgiving and loving heart

Bogey, the education ambassador at Fat Kitty City, has turned his past into an opportunity to teach children an important, lifelong lesson.