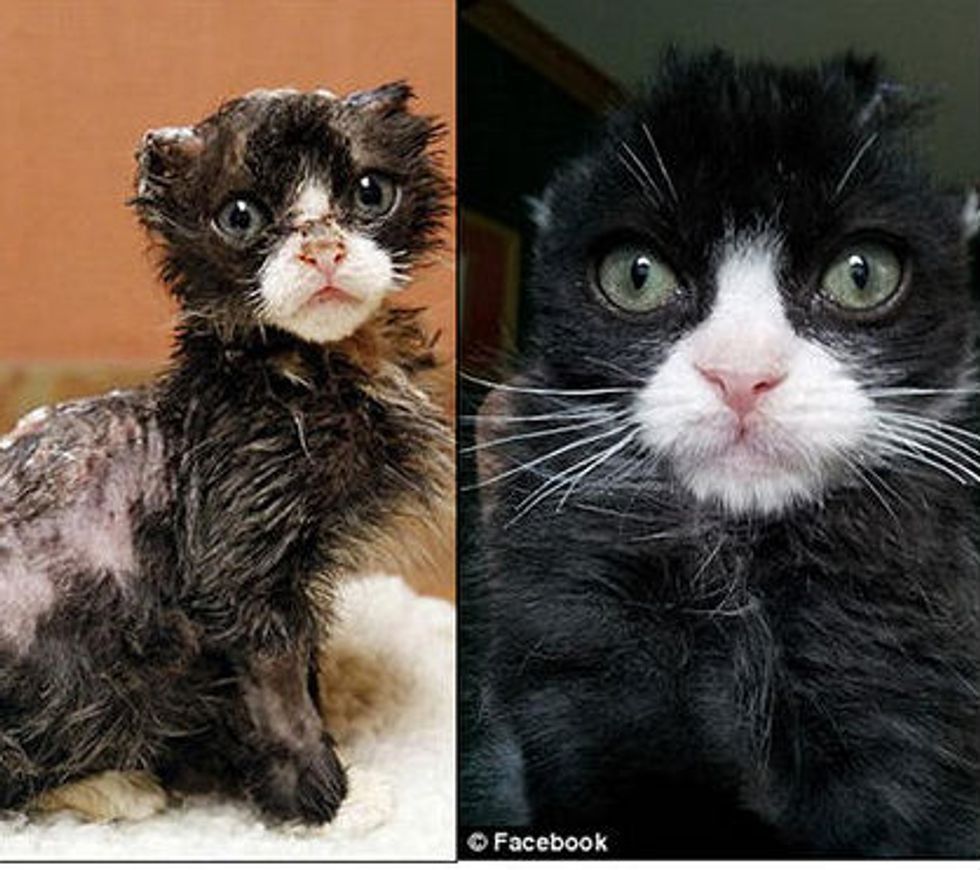 Burned Kitten Justin Fights His Way Back To Health

Justin the kitten had a rough start in life after he was terribly burned at the age of 5 weeks old. This brave little kitty fought his way back from the brink of death and is on his way to recovery.

The little tuxedo kitty suffered multiple burns over one-third of his body. His ears had to be amputated and he was put in laser treatment to help his wounds to heal.

The Animal Alliance of New Jersey took in little Justin and provided all the love and care he needed to get better quickly. With a lot of hard work from the shelter staff and the vets, Justin started to turn around. He began to eat and his playful side started to show.

During the recovering process, Justin's coat grew back in the previously bald patches. He also put on some weight and is now looking much healthier and happier.

Justin the kitten was burned terribly but he fought back from the brink of death. He was 5 weeks old and weighed only 1 lb.

His ears had to be amputated and he had to receive laser treatment to help him heal.

The Animal Alliance of New Jersey put Justin in foster care and provided all the love and care. Justin quickly set off on a path to recovery.

His coat grew up in previously bald patches, and his playful side began to show.

Justin playing with his toy.