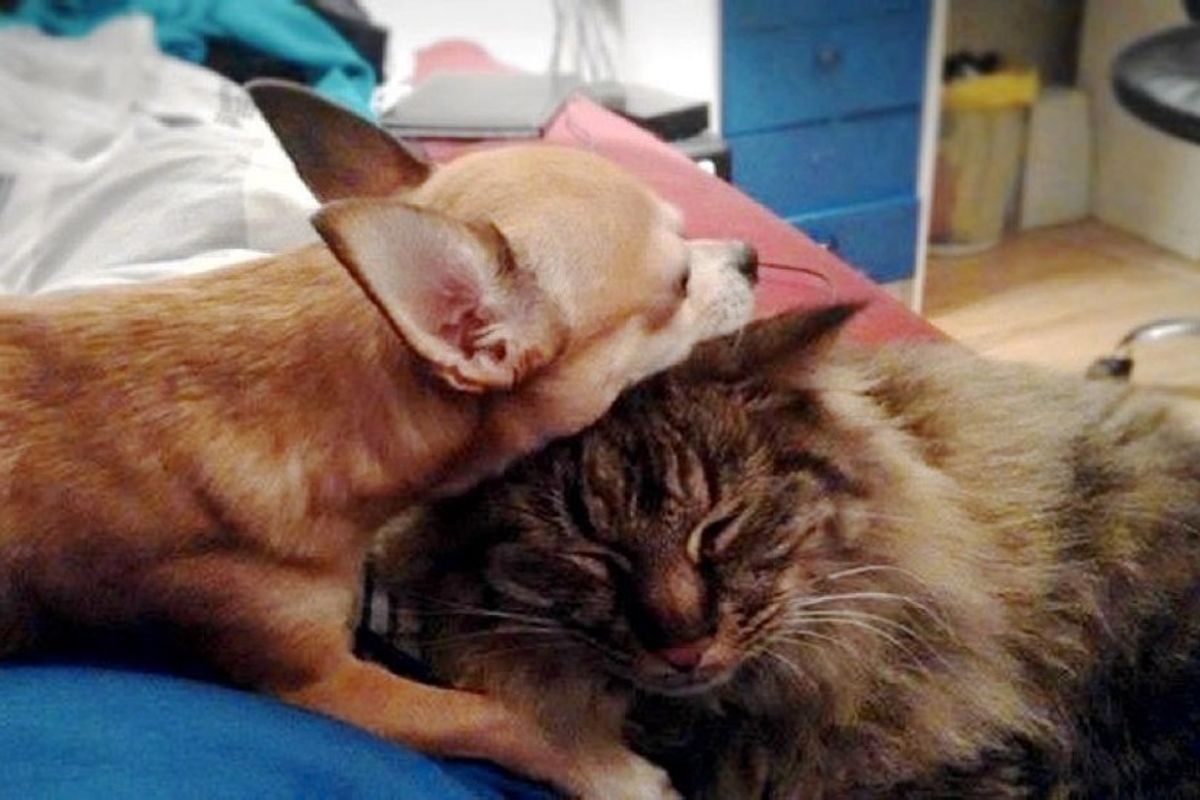 Lost Cat Came Home to His Best Friend who Missed Him..

A fluffy Norwegian Forest cat went missing for five days and when he found his way home, his best friend, a Chihuahua, ran up to him to offer cuddles and love.

"My cat got lost for 5 days and came home all hungry, smelly and ruffled up. I think my dog missed him," Argit said. 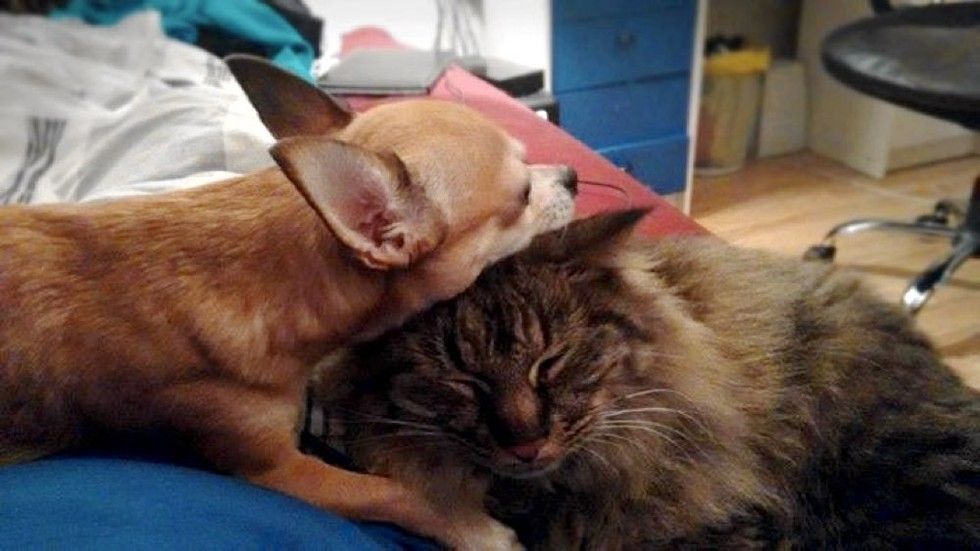 "His mother left the kittens when they were just 6 weeks old, so he was a bit too young when I got him. Thankfully I had two other cats at the time who could teach him cat-etiquette, but I think he learned equally much from me and my dog."

"So he sometimes behaves a little weird! However that just makes him more fun I think," Argit said. 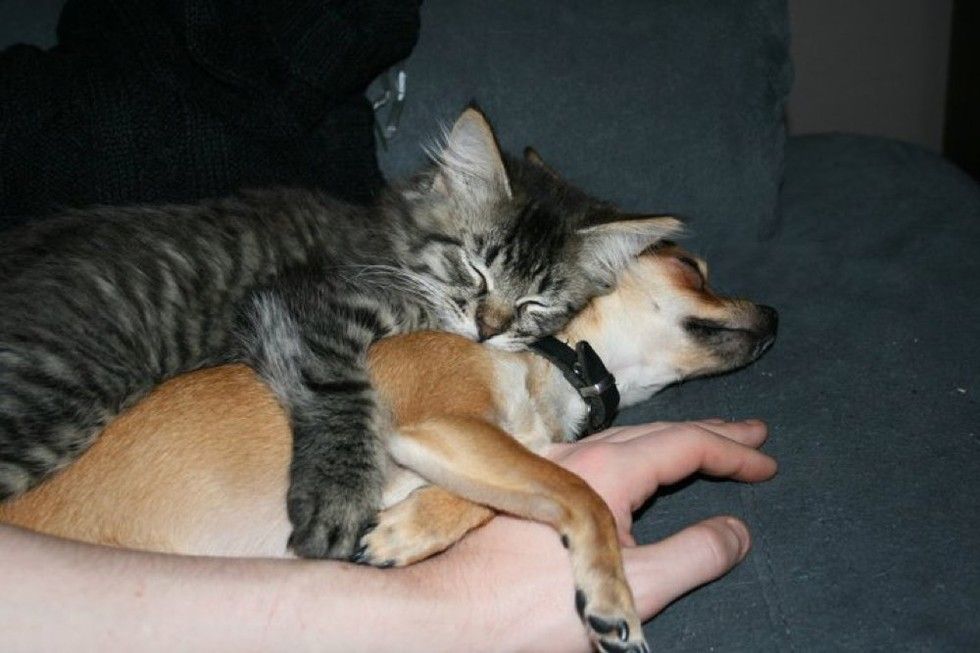 The fluffy kitty is very attached to his human and especially his canine buddy.

"He's a real character... Insists on sucking his tail in my lap almost every day. He's like a little baby." 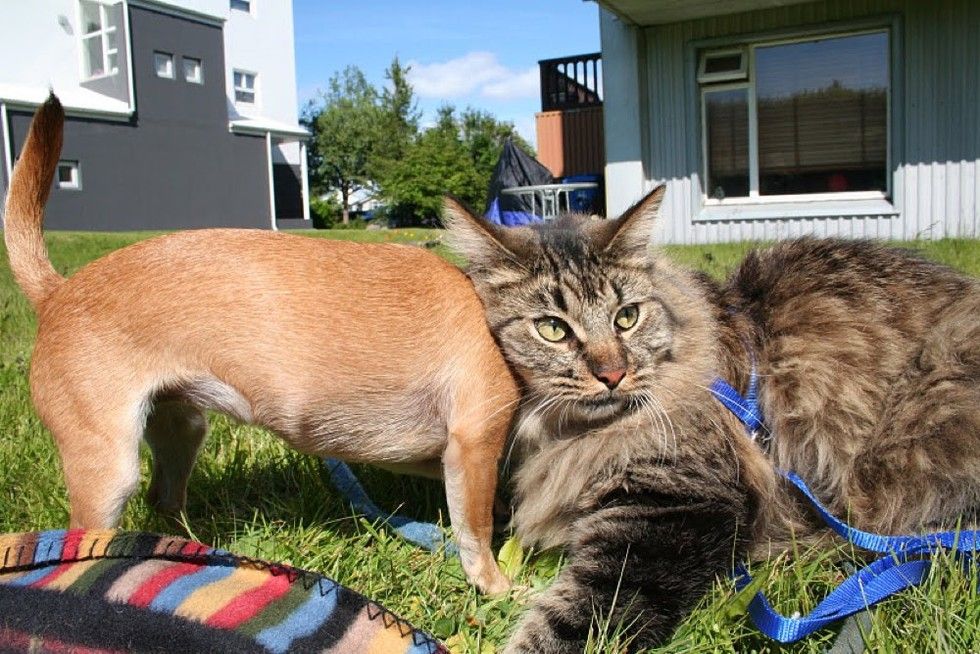 "They have been best buds since the day I got him. The dog is a year older." 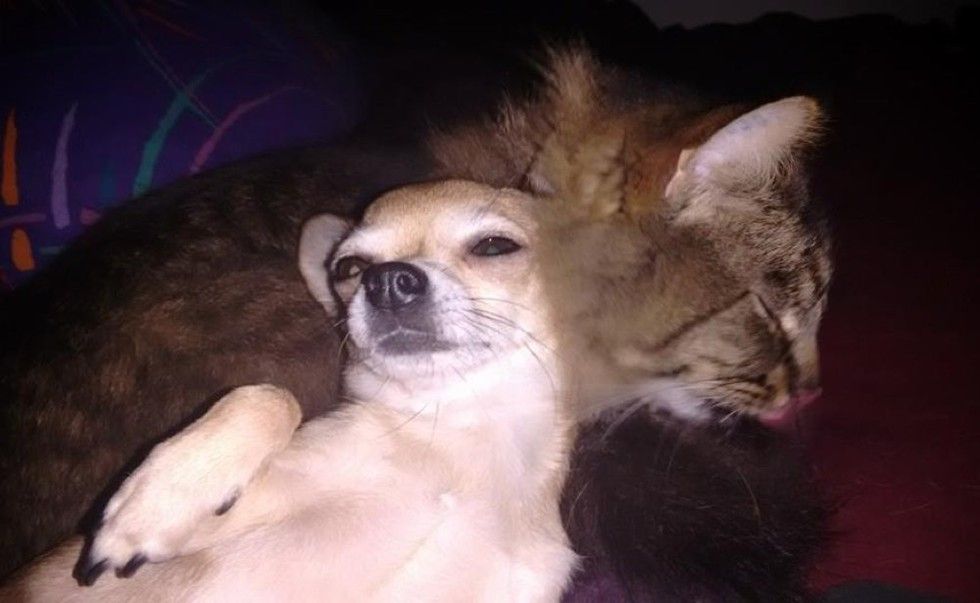 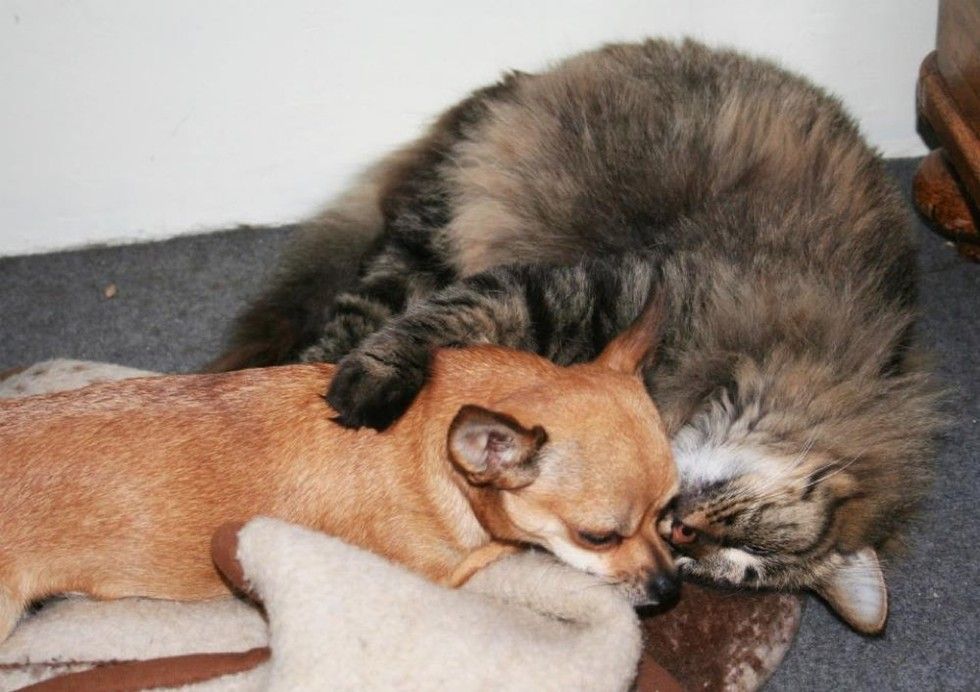