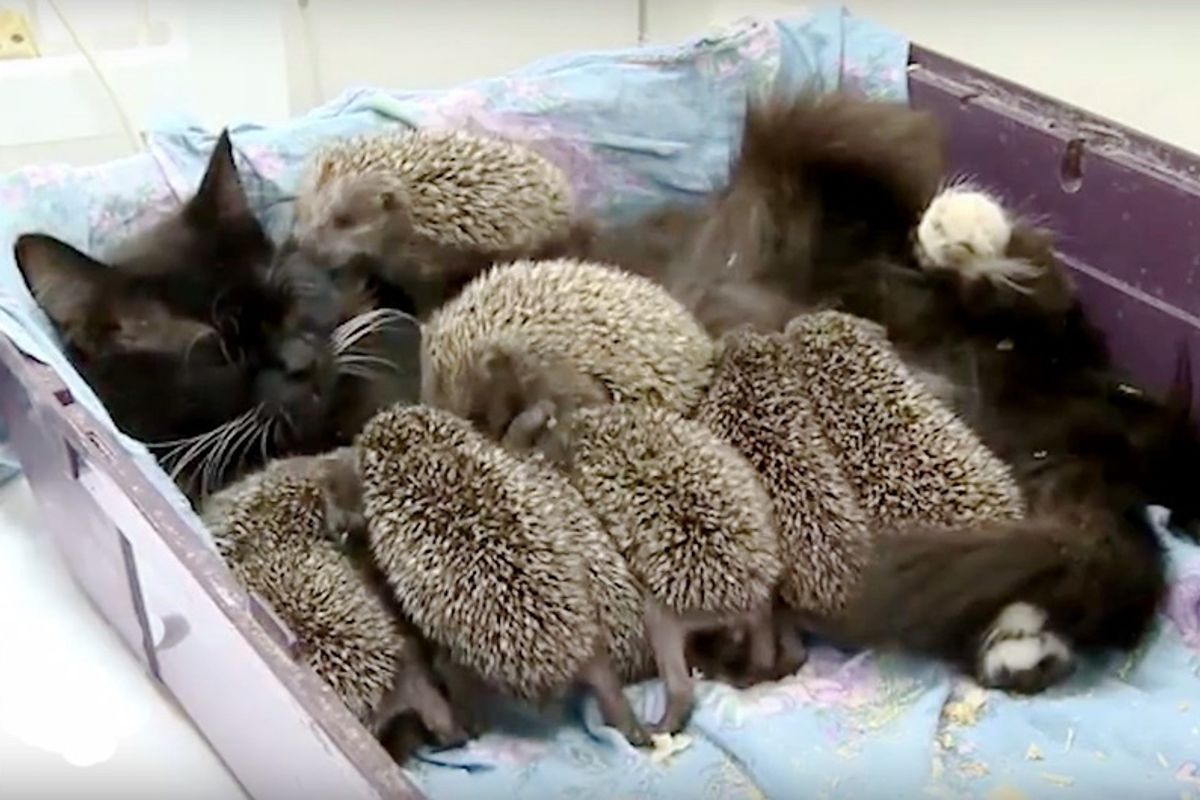 A loving cat took in eight orphaned hedgehog babies as her own after they lost their mother in a lawnmower accident.

Meet Musya the cat and her hoglets! 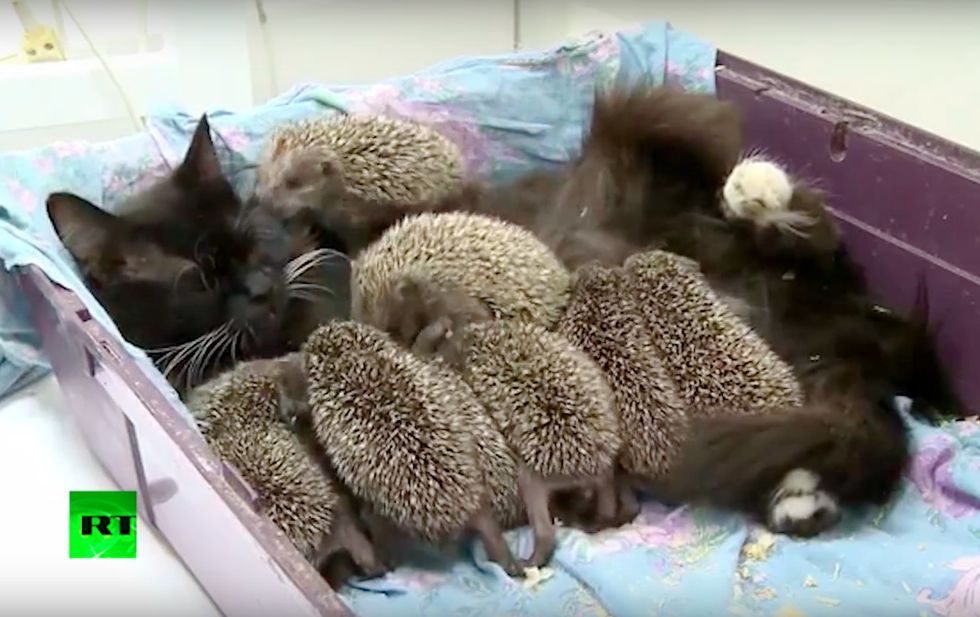 The tiny hedgehogs were found after their mother was hit by a lawnmower. Caregivers at Sadgorod Zoo in Vladivostok, Russia, took them in and tried to hand-rear them, but they refused to eat from a bottle or syringe.

Worried that the hedgehogs might not survive due to lack of food and affection, they acquired some much-needed help from a trusted furriend—Musya the cat.

They found the babies an unlikely new mama! 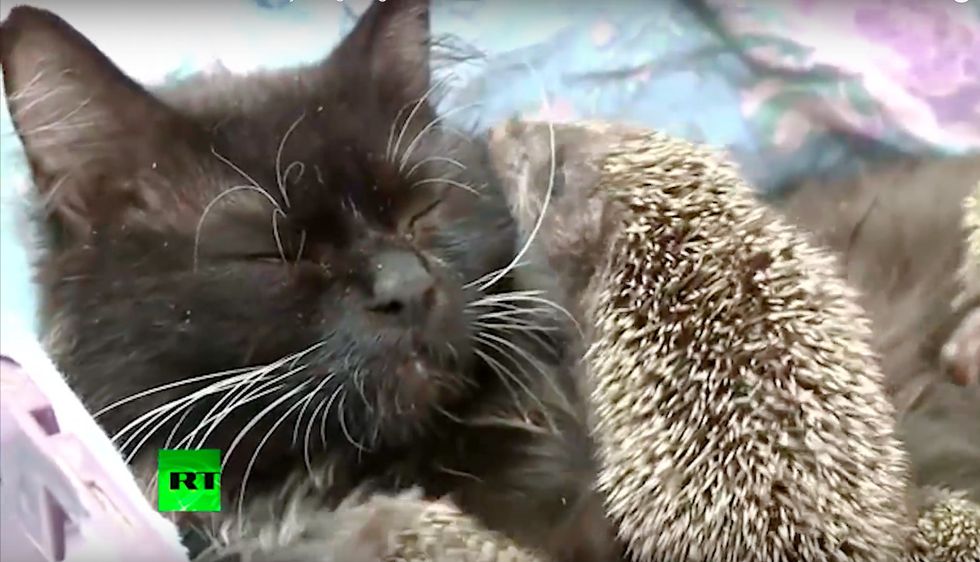 Musya just finished nursing a few foster kittens and still had some milk left, so the caregivers placed the hedgehog babies near her, hoping she would accept them.

She took them in with open paws! 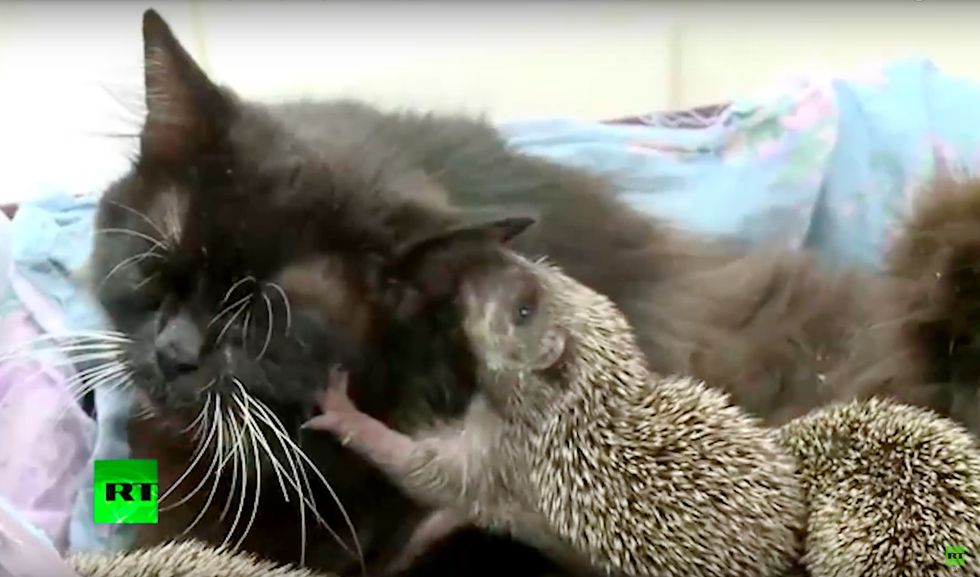 A kiss from one of the babies. RT UK

In just a few seconds after they met, Musya took to the little orphans and even lied on her side, encouraging the babies to nurse.

Caregivers are watching the mama and her unusual babies, making sure she is comfortable. 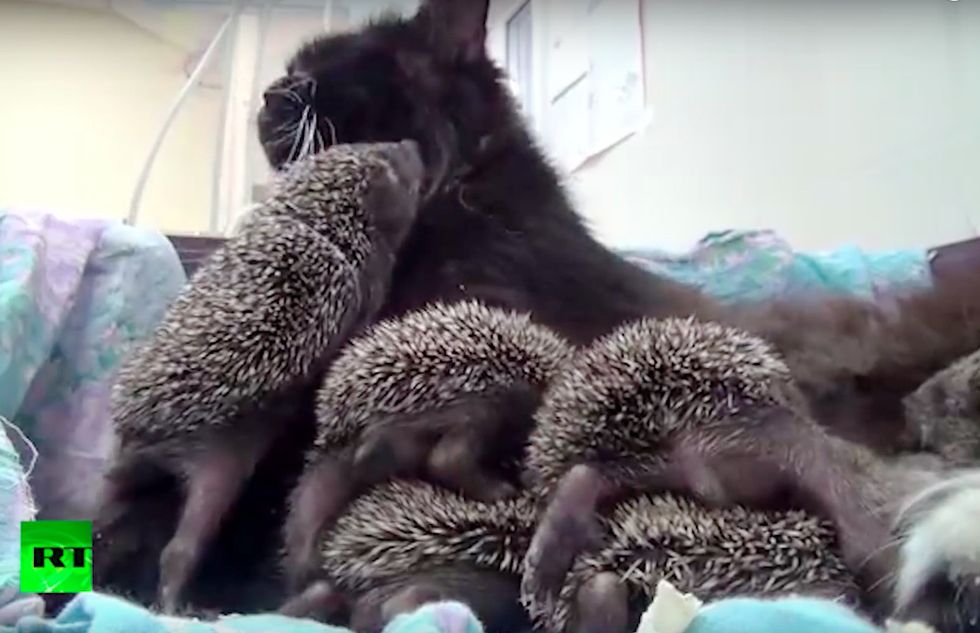 The hoglets are thriving with their surrogate mom's warmth and milk.

She's saved their lives with her unconditional love. 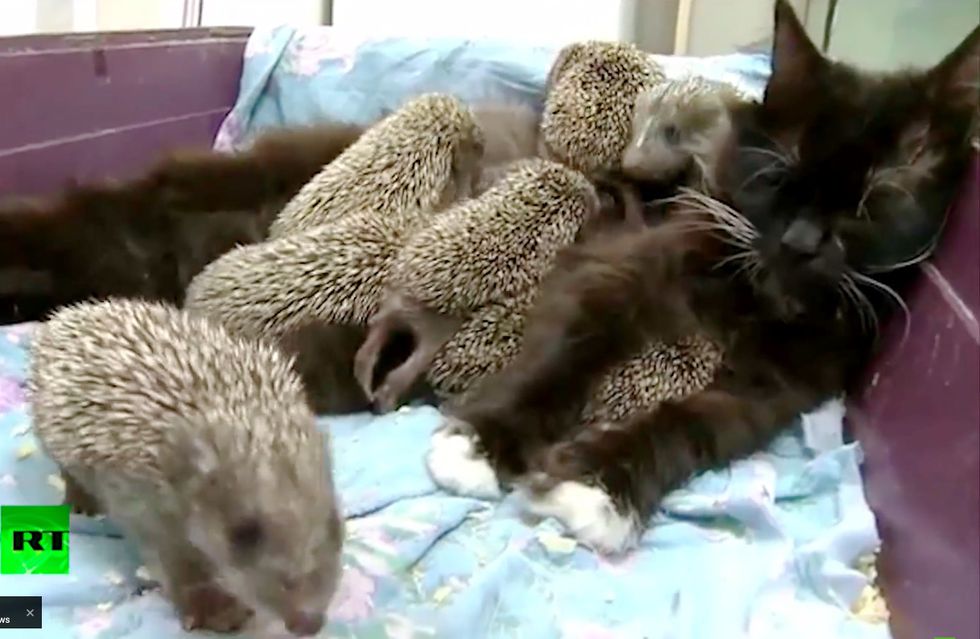 Related story: Farmer Found 4 Orphaned 'Kittens' in His Barn Only to Find Out They Aren't Ordinary House Cats