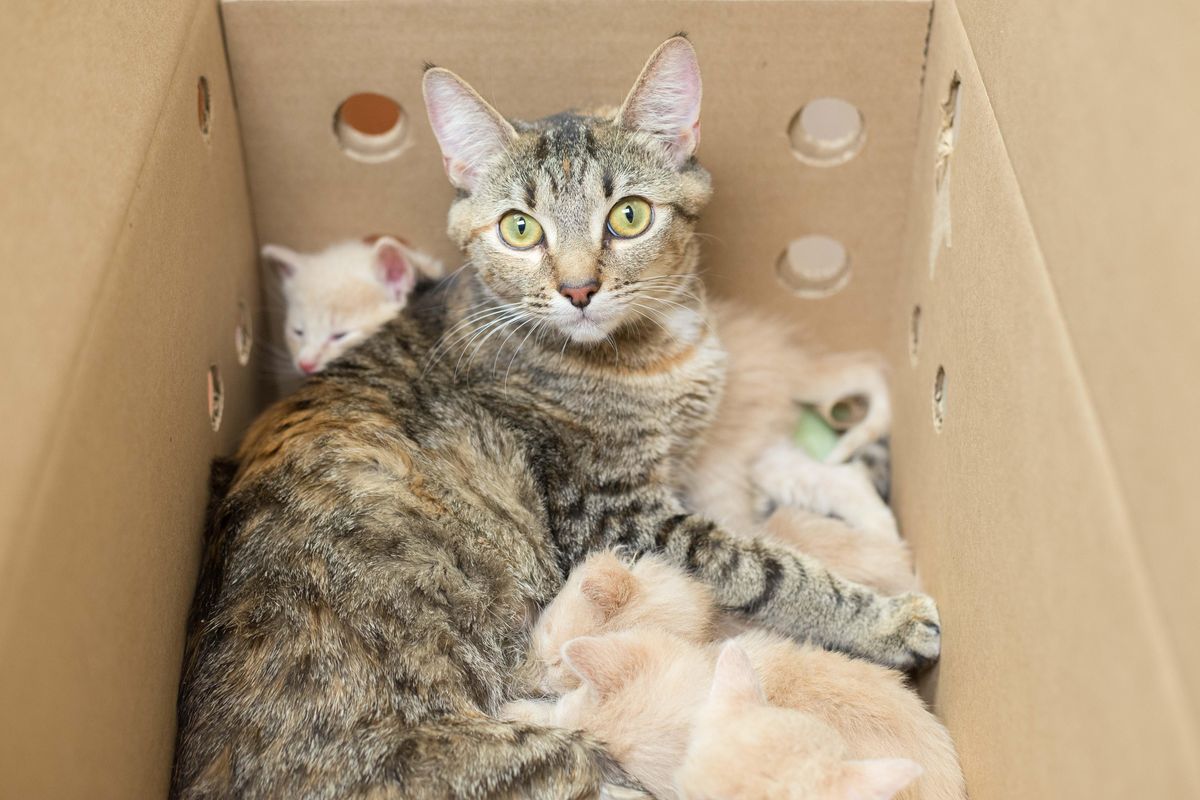 A tiny tabby cat with a giant heart saved the lives of a dozen hungry kittens after their own mothers couldn't take care of them.

Meet Izabelle and her babies. 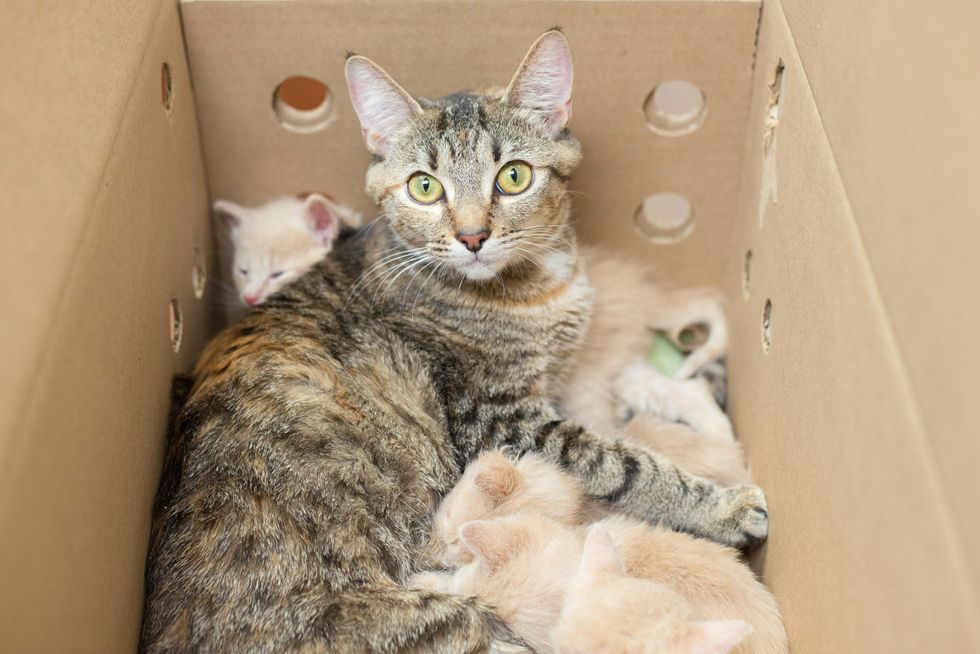 Izabelle was surrendered to Animal Care Centers of NYC (ACC) along with her 14 kittens, but most of the babies came from two other cats.

She had been living with two other expectant feline mamas in a house, and all three of them gave birth around the same time. The other cats had a difficult time nursing their kittens, and the babies were going hungry. So Izabelle took them in and started caring for them as her own.

The owner was overwhelmed with the amount of cats so decided to turn them to the city shelter. 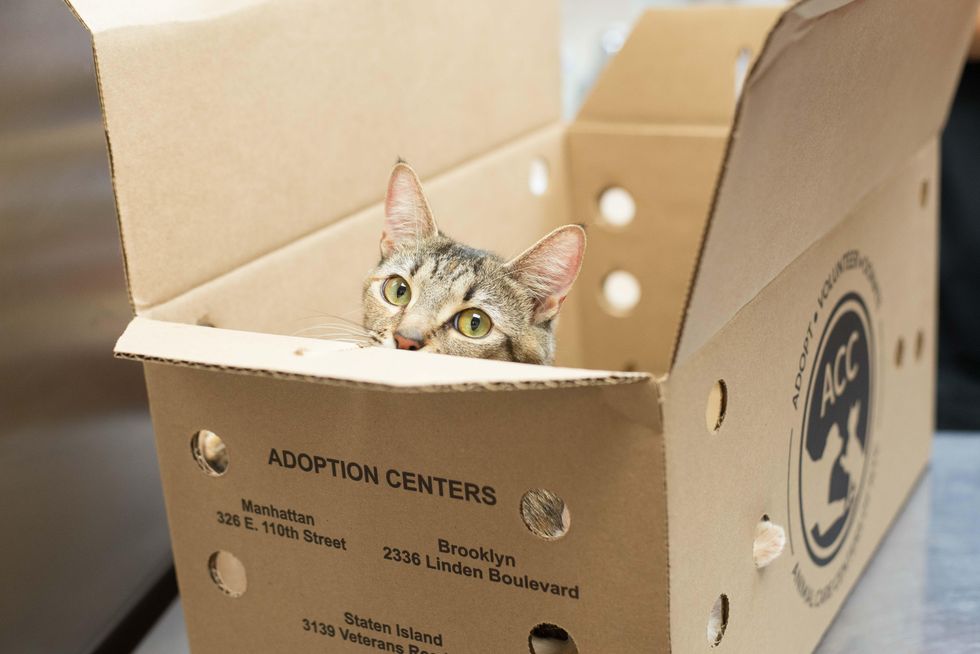 "While people often take kittens to shelters, thinking it will be easy for them to be adopted, that's not the case when kittens are just a few weeks or only a few days old," Nicole Hamilton Best Friends Animal Society said.

After Best Friends Animal Society (NYC) learned about Izabelle's plight, they took in the entire family of 15 from the shelter so they could all get a chance for a better life. 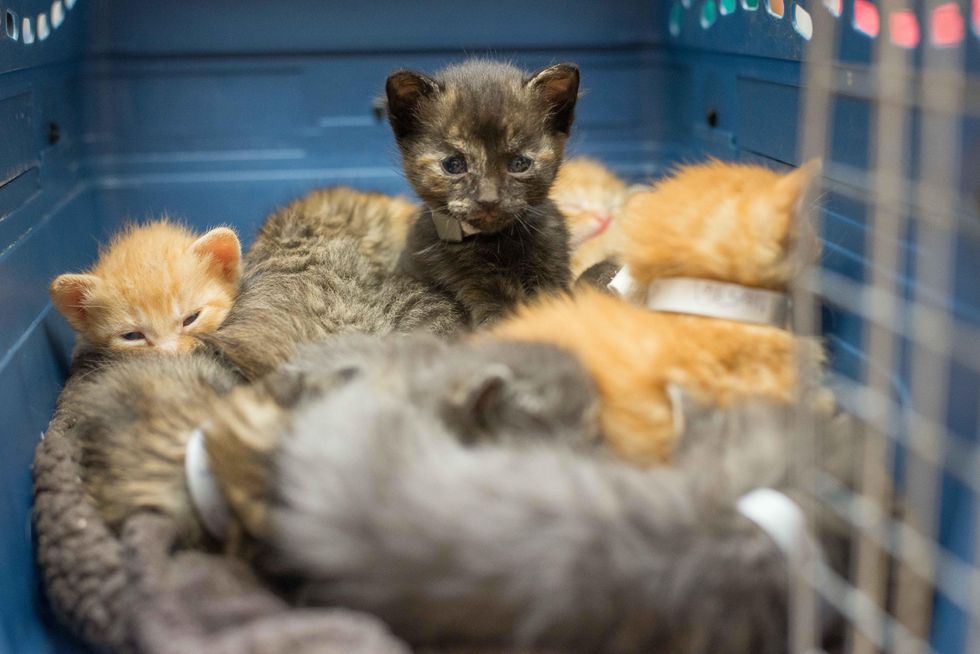 "It was obvious from the beginning that Izabelle is an incredible little kitty. When we first met her she was exhausted, dehydrated, and thin from nursing so many babies," Shannon Kirkman, Foster & Adoption Coordinator, New York City Program, told Love Meow.

"But she still welcomed our staff petting her and even rolled over purring when she was given attention." 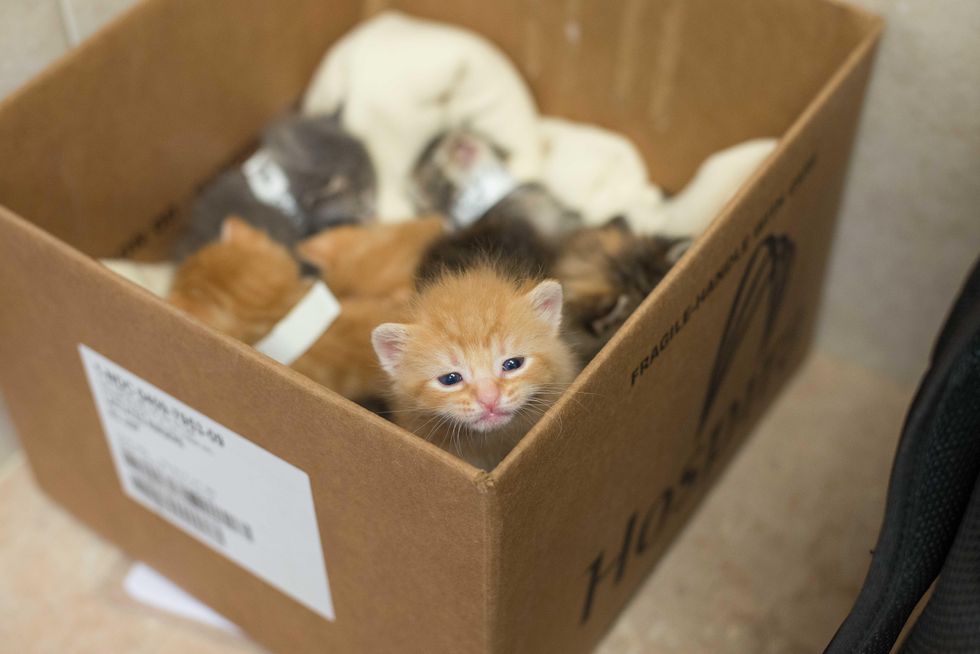 The sweet mama's hard work had paid off. All of the 14 kittens that she was nursing were healthy and growing. It wasn't easy for a single mother to care for three litters of babies.

They gave mama Izabelle fluids to get her hydrated, and the sweet tabby finally got some much-needed rest. 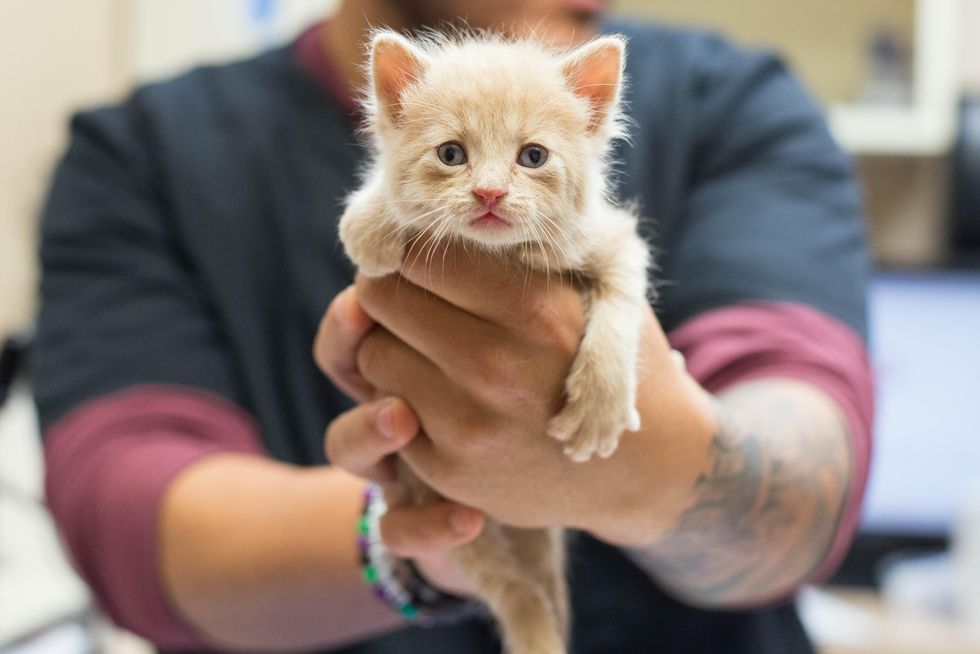 "The four oldest kittens (who were clearly from the same litter) were big enough to be immediately weaned, leaving her with 10. The biggest kitten and smallest kitten were also taken to a foster home for bottle feeding, leaving mom with eight," Shannon told Love Meow.

"Izabelle saved the lives of these kittens, and now we are stepping in to help her." 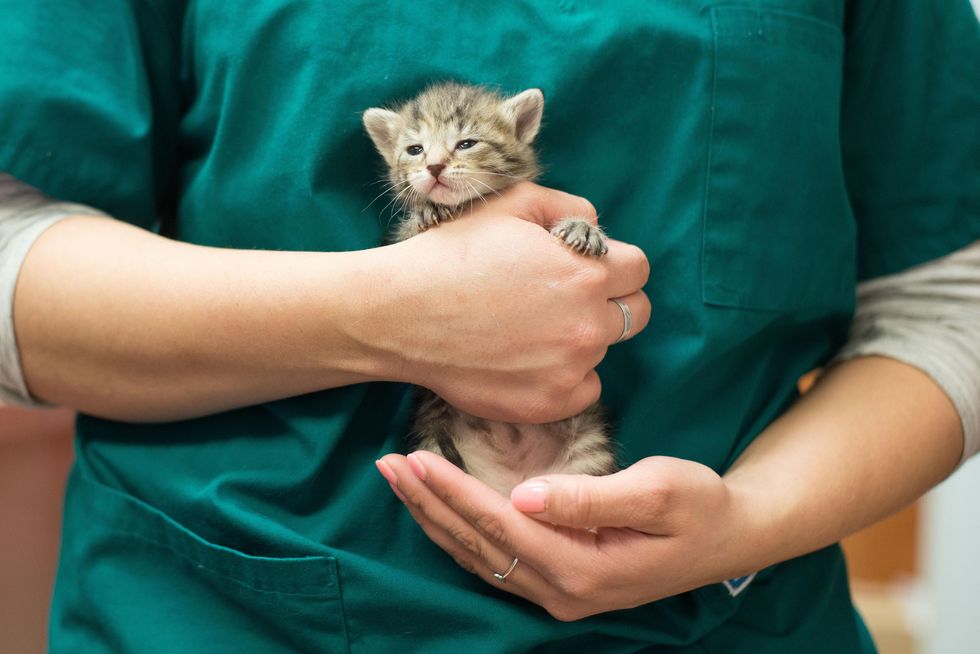 They will never forget the look on Izabelle's face when they first saw her lying in the box, surrounded by 14 hungry kittens.

"It was the look of an exhausted mom who just needs a break." 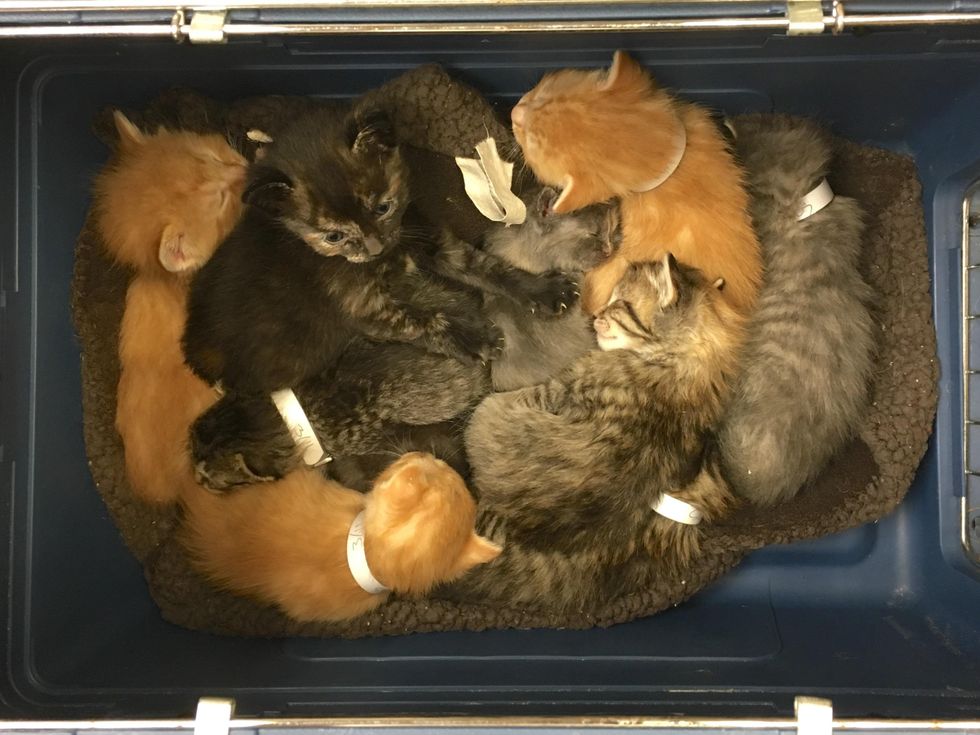 Related story: Farmer Found 4 Orphaned 'Kittens' in His Barn Only to Find Out They Aren't Ordinary House Cats...