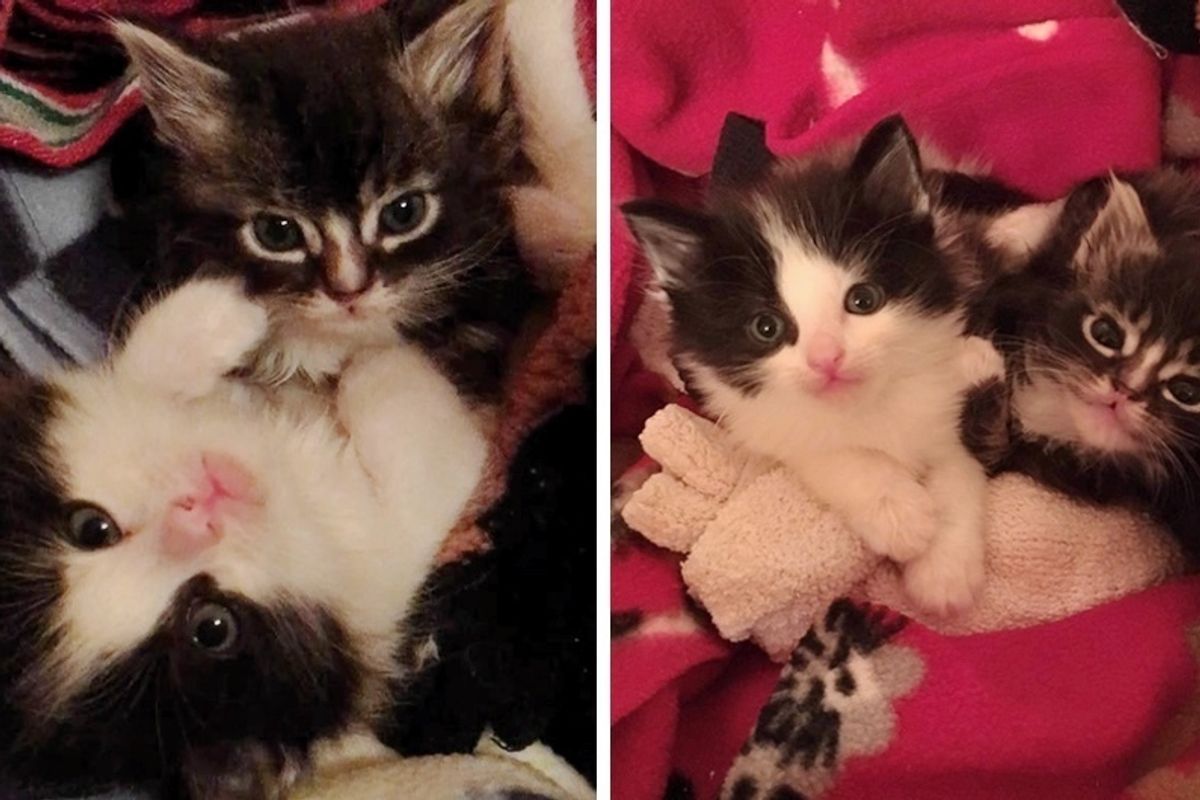 Kittens Given Up By Their Mom, Find Love and Warmth In Big Foster Dog

A woman brought a tiny kitten back from the brink with help from her dog so the kitty and his only brother could be back together.

A year ago, Ronda, a fosterer from Portland, Oregon picked up a litter of kittens along with their cat mother from the shelter. The momma cat was in so much stress that she withdrew herself from the kittens, refusing to eat and care for her babies. At one point, she was no longer safe around them.

Cocoa Bean and Pinto Bean, two brothers, were the only one that made it. They knew that Mama cat could no longer take care of the remaining kittens, so sent her back to the shelter to be spayed and she was adopted out.

Ronda continued to bottle feed the two surviving brothers around the clock, but little Cocoa Bean started to fade.

Cocoa Bean wanted that motherly touch that he couldn't get from his mother, but there was someone else in the family that was more than happy to help. "I had a secret weapon: a 50 pound heat source named Zuca," Ronda shared with Love Meow.

Zuca, a pit mix, is a gentle soul who helps foster kittens that Ronda brings home. As soon as they placed Cocoa Bean next to Zuca, it was as if she brought life back into that fragile tiny body.

"Once Cocoa Bean got a feel of that black, shiny coat and felt Zuca's warm embrace, he realized how much the world had to offer.

"All of my kittens love Zuca, but these two had a very special bond with her. I absolutely credit Zuca with saving Cocoa Bean's life."

She was very protective of them and knew that little Cocoa Bean needed that extra TLC.

Over the next few days, Cocoa Bean went from barely moving to starting to clean his toes.

It was the moment when Ronda realized that he was going to be okay.

Pinot Bean was so thrilled to have his brother back.

When they weren't playing, they were always cuddling.

With Zuca watching over them, the little feline buddies felt happy, safe and loved.

"Together, they made the perfect pair. I knew early on that they would absolutely be adopted as a bonded pair," Ronda said.

When the two brothers were ready for a new chapter in life, a wonderful family adopted them together.

After a lot of playing and exploring around their new abode, the kittens passed out on their new mom's lap, purring away.

They knew they were home!

It's been one year since they found their forever loving home. The two brothers are all grown up!

They are no longer the itty bitty kitties they once were and have blossomed into handsome fluffy cats. "They're safe and loved. These people were the perfect family a year ago. That hasn't changed."

Related story: Husky Dog Mothers Rescue Kitten and Raises Her Like a Pup