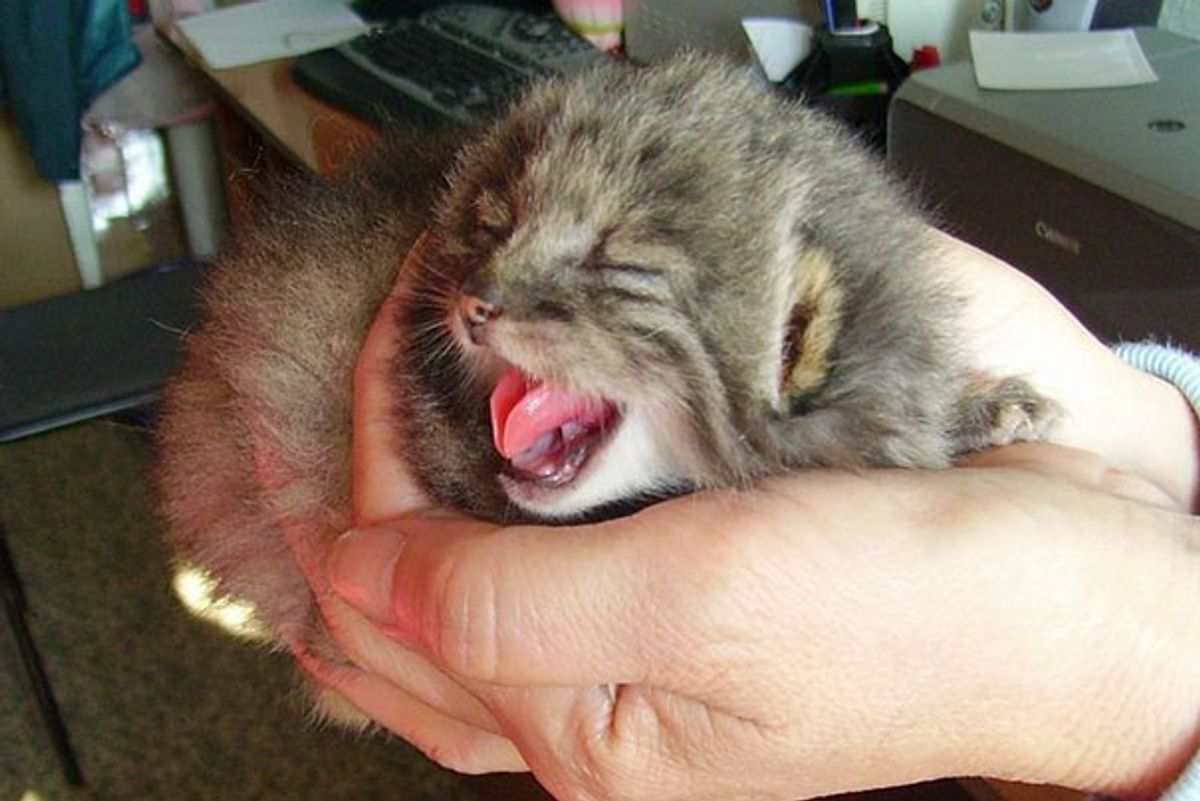 Farmer Found 4 Orphaned 'Kittens' in His Barn Only to Find Out They Aren't Ordinary House Cats...

A farmer found four tiny kittens in his barn, but only to find out that they were not ordinary house cats… 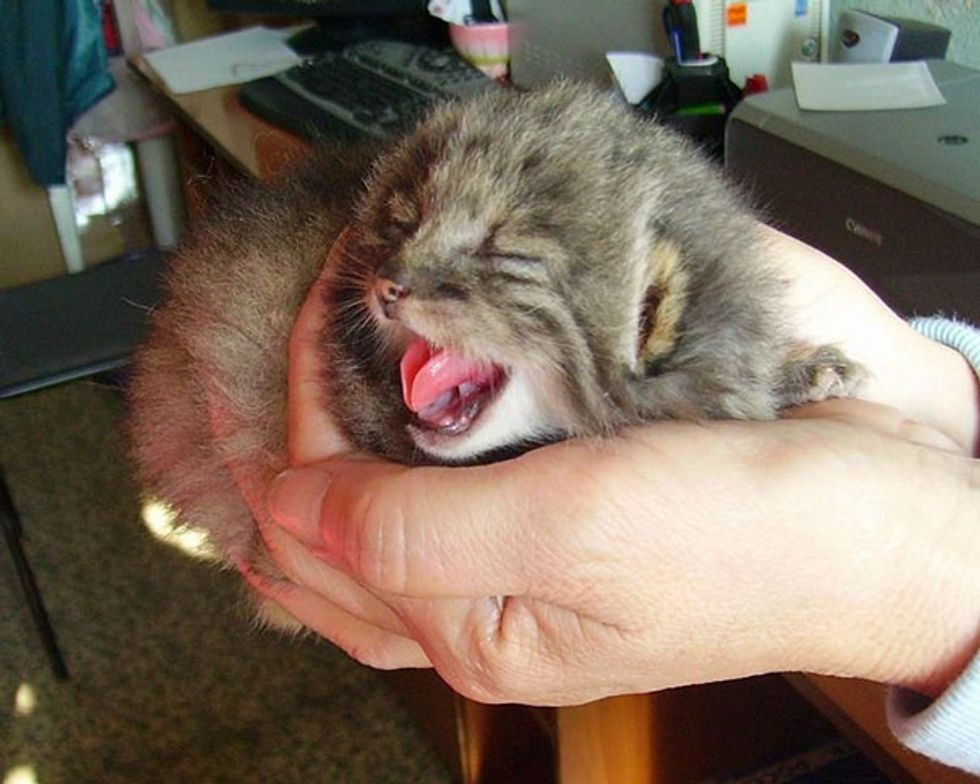 A farmer from Russia spotted a litter of orphaned kittens that were in desperate need of help. Their mother was nowhere to be found and never returned.

The farmer couldn't leave the kittens out fending for themselves, so they scooped them up to safety and called for help.

The little kittens whose eyes were still shut didn't look like any other cats that the farmer had ever seen. He contacted the Daursky Nature Reserve and the animal rescuers quickly noticed that the kittens weren't any domestic house cats.

Turns out, they were known as Palla's cats or Manuls, a small wild cat that is native to Central Asia. The Palla's cat is a very rare wild feline that can grow to about 60 cm long and weigh about six pounds. 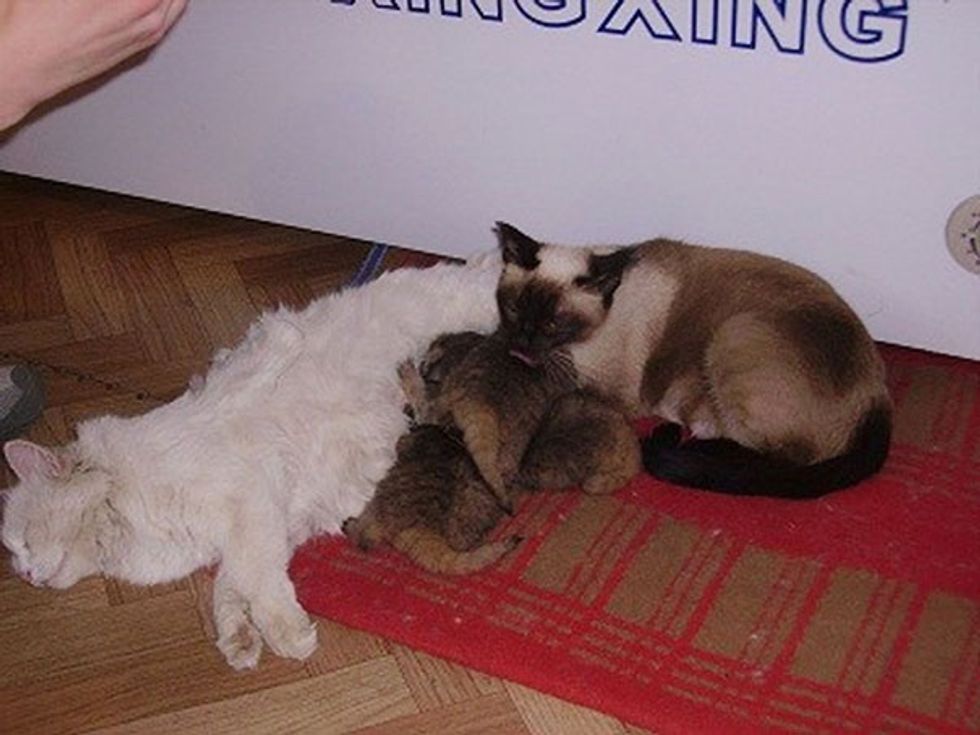 Knowing that the kittens needed a mother's care, animal care workers hoped their two domestic cats at the rescue could accept them and help care for the babies.

Right away, the two loving house cats took them in and became their surrogate moms. 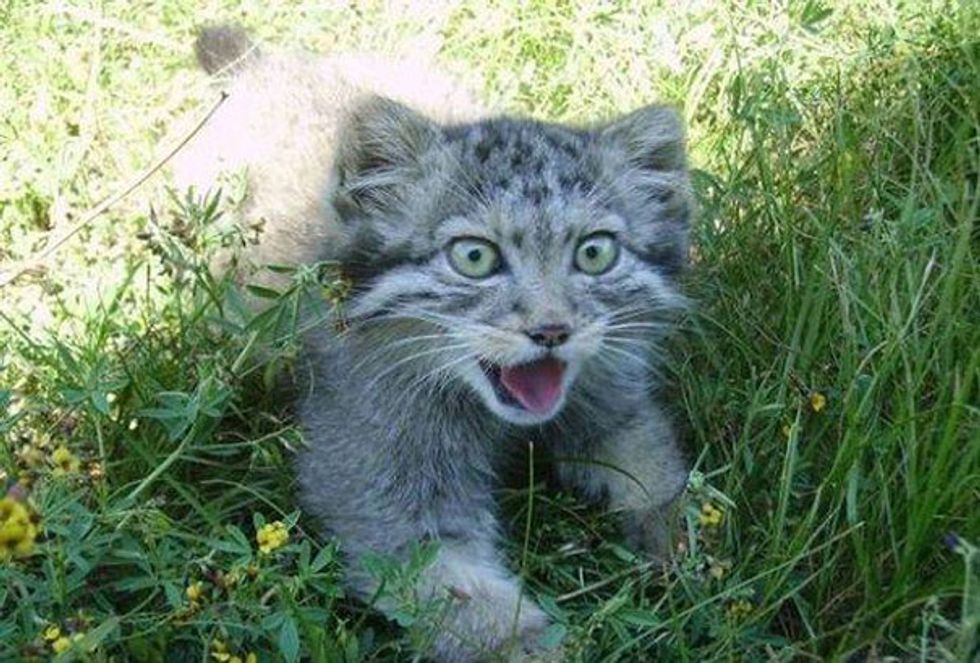 The plan was to look after the babies and rehabilitate them until they were ready to be released back to the wild. 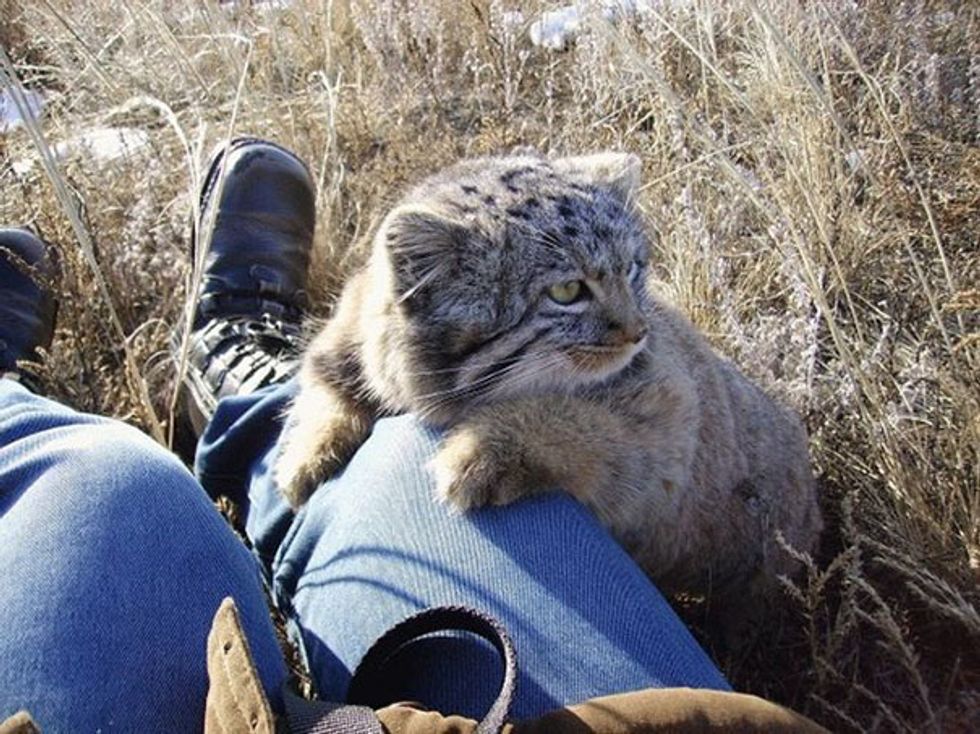 These beautiful creatures are about the size of a domestic cat with rounder pupils and shorter legs. 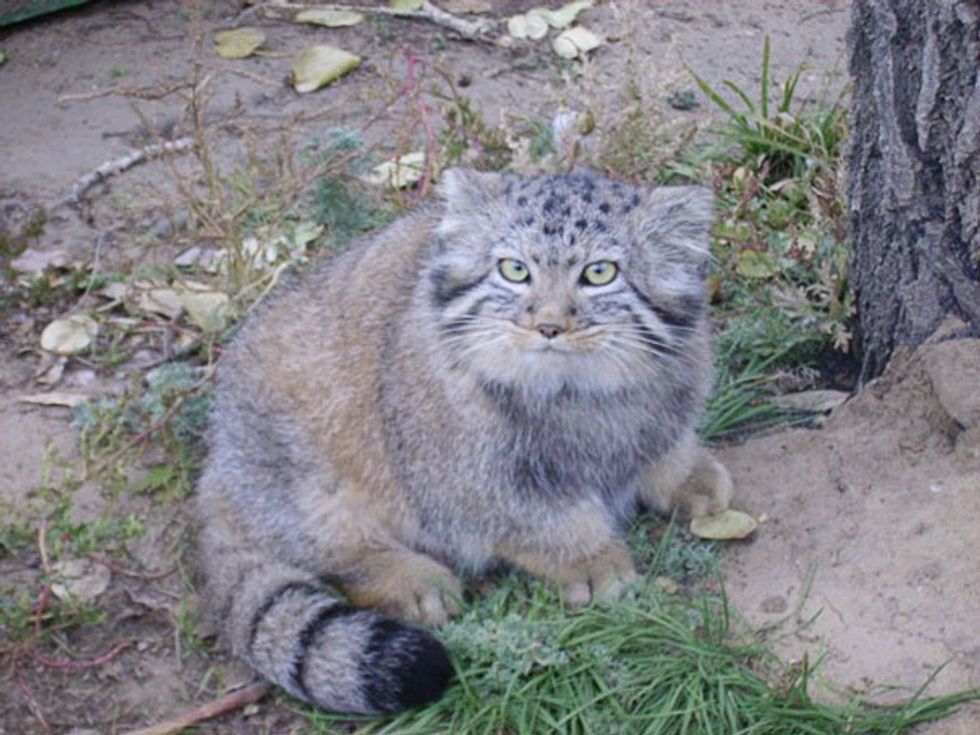 They are some of the most expressive wild cats in the feline kingdom. 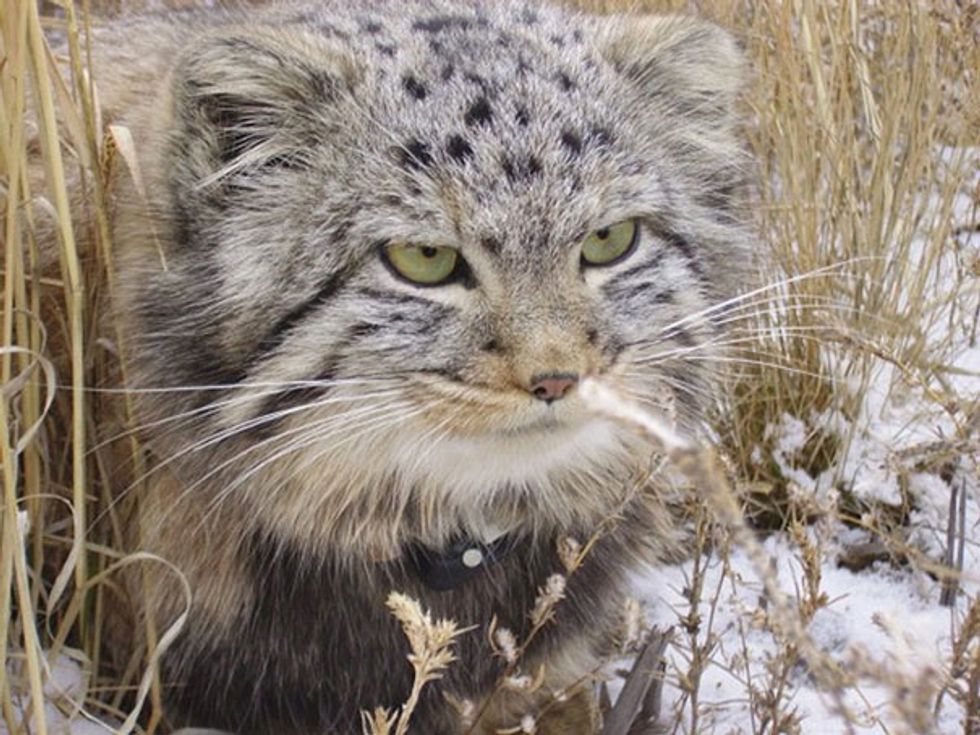 When the time came, the animal care workers took the rescued Palla's cats back to their natural habitat--where they belong, and said their farewell. 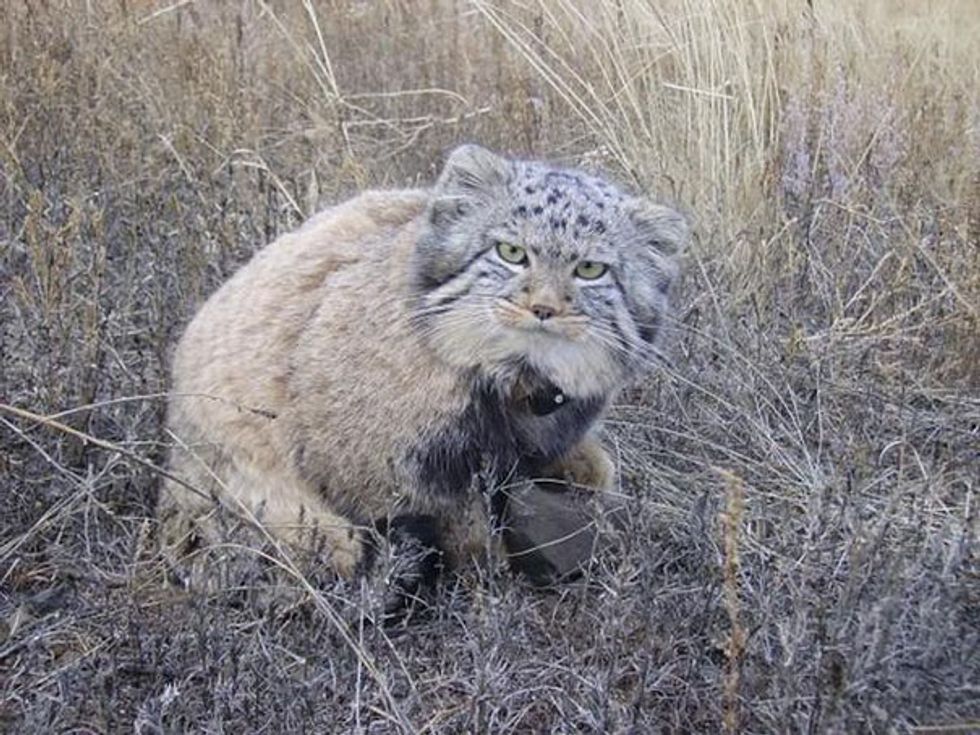 The four gorgeous wild cats have successfully adapted to living in the wild and are thriving. 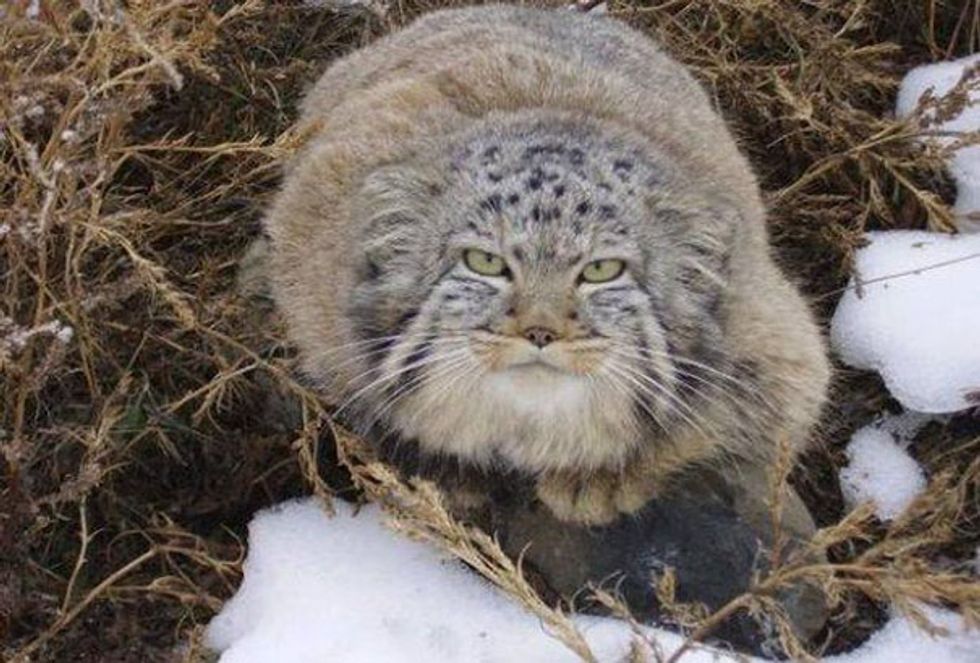