On September 25 at 2AM, as Gregory Breton, director of Panthera France, and his colleague were about to give up on their long-winded expedition, they spotted something they'd never seen before.

Out of the darkness came three pairs of eyes gleaming back at them. They turned the spot lamps on them, and lo and behold, three tiny sand cat kittens hiding in the bushes gave them a rare treat as it was perhaps the first-ever footage of young sand cats ever documented in the wild. 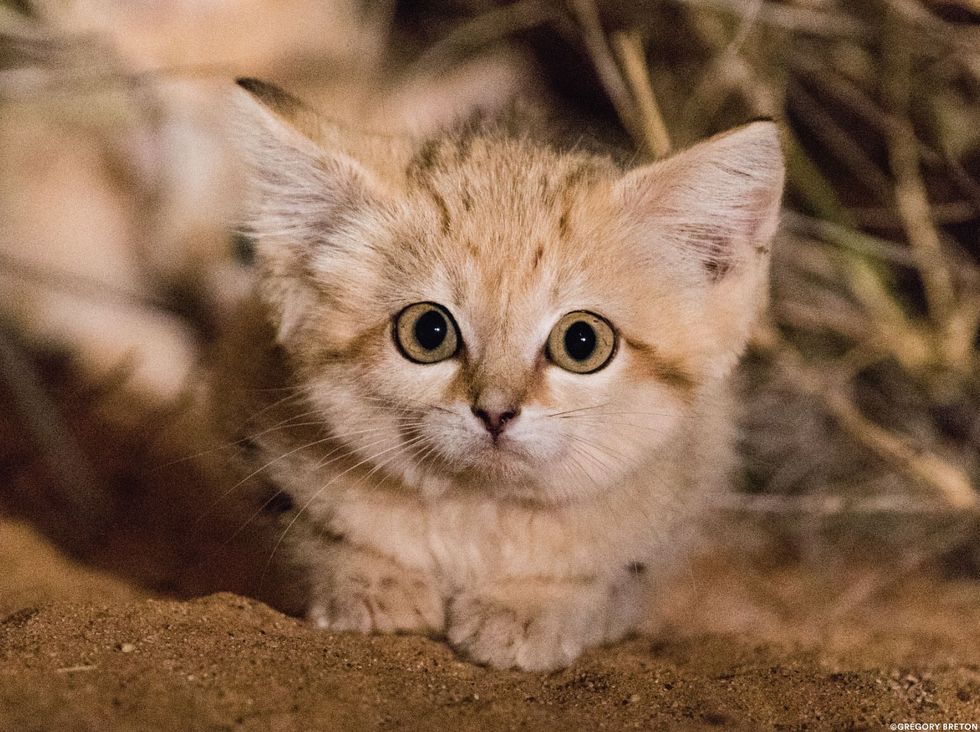 Gregory and his team were in the Moroccan Sahara on his final expedition to document sand cats—a species that is so stealthy and hidden that it is rarely seen in the wild.

As his colleague Alexander Sliwa was shining spot lamps from the roof of their car into the bushes, something from afar caught his attention.

Right before they were about to head back, he spotted six beaming dots shooting back at him about four kilometers (2.5 miles) from their campsite. 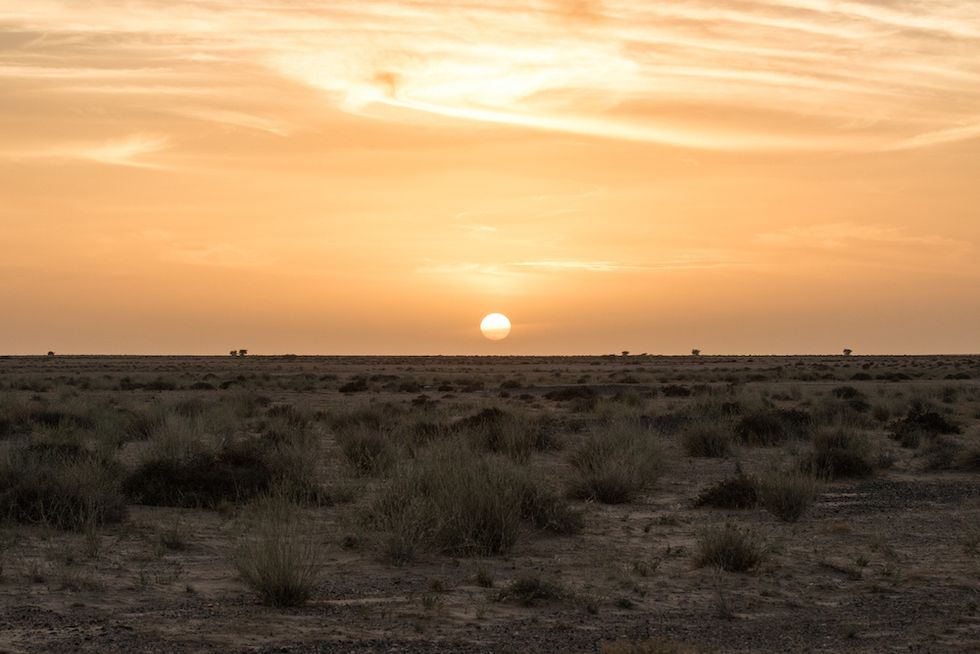 With their equipment, they were able to get a clear look at the creatures — three tiny sand cat kittens with their distinctive large ears and broader faces.

Finding a sand cat is a very difficult task as they leave little to no trace and are very quiet and stealthy throughout the day and night. They are masters at hiding and the color of their coat makes the perfect camouflage in their natural habitat. 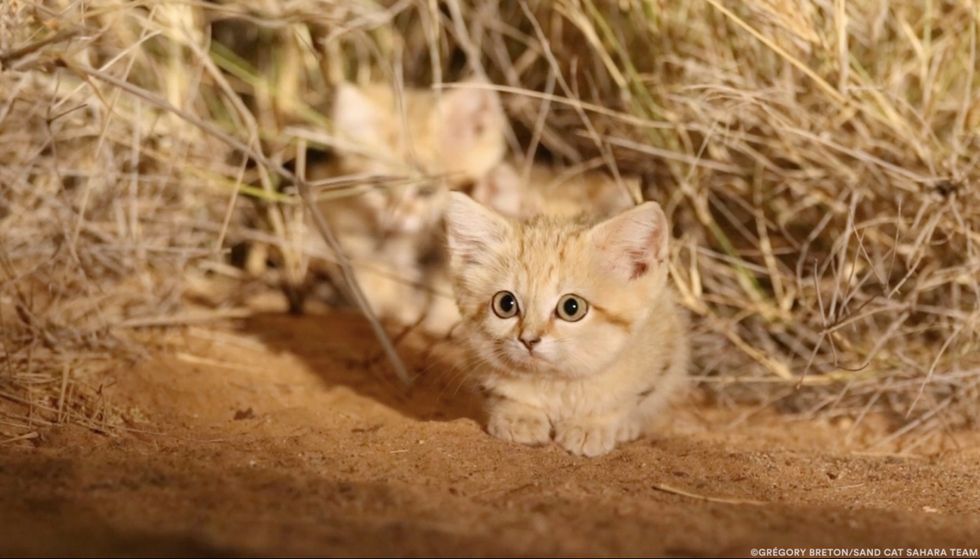 The researchers estimated the kittens to be around six to eight weeks old.

"We believe this was the first time researchers ever documented wild sand cat kittens in their African range," Gregory said. 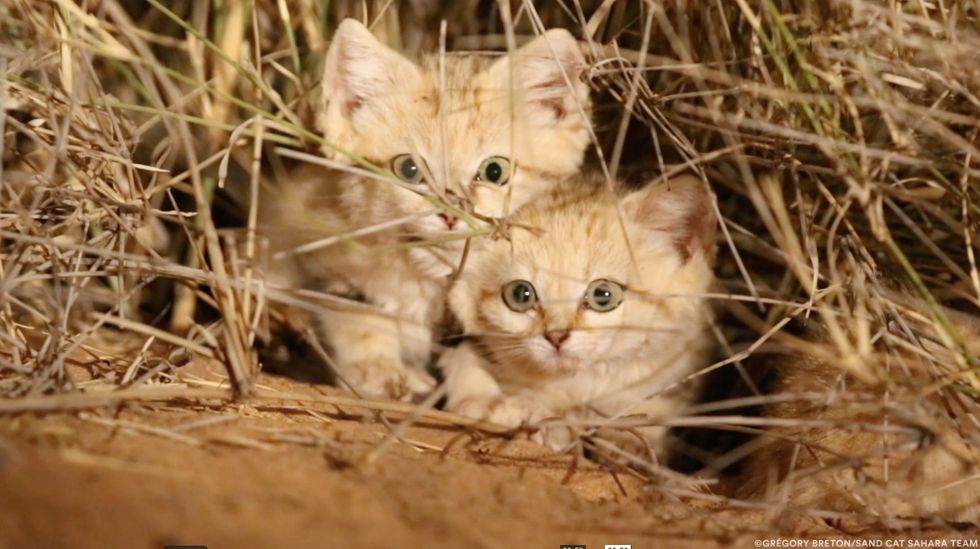 Watch this amazing footage of sand cat kittens spotted in the wild:

After they had collected sufficient data and footage, the team carefully packed up their equipment, trying not to startle the kittens. That's when they spotted an adult sand cat nearby and believed that it was their mother.

They are excited about the findings and hope to be able to do further research on these beautiful creatures as studies on sand cats are limited and incomplete. 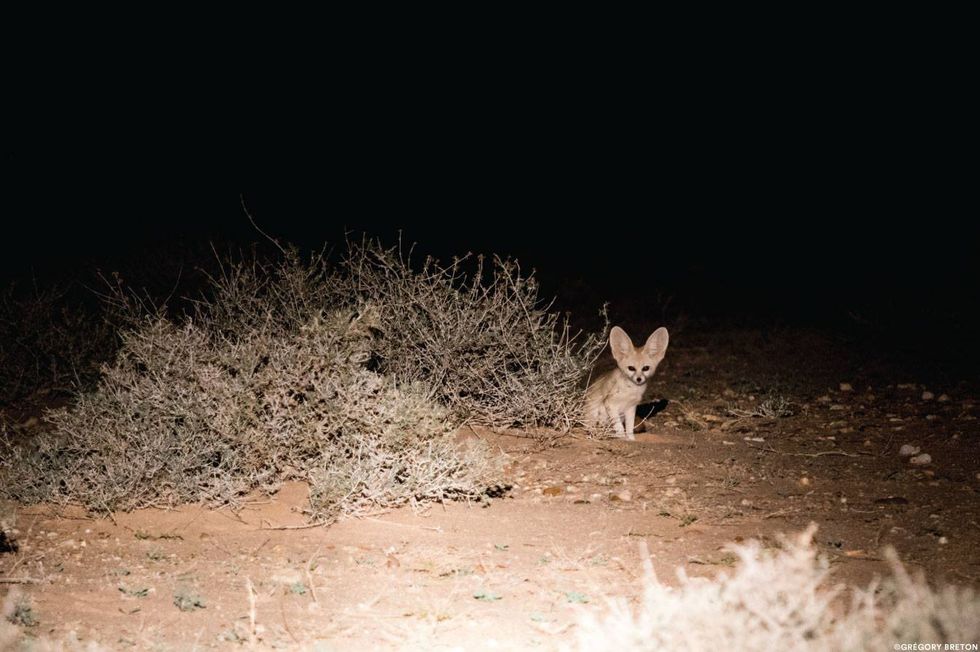 "For instance, sand cats are traveling more than we thought and more than what's been recovered for any other small cats. But we still don't know why—yet." 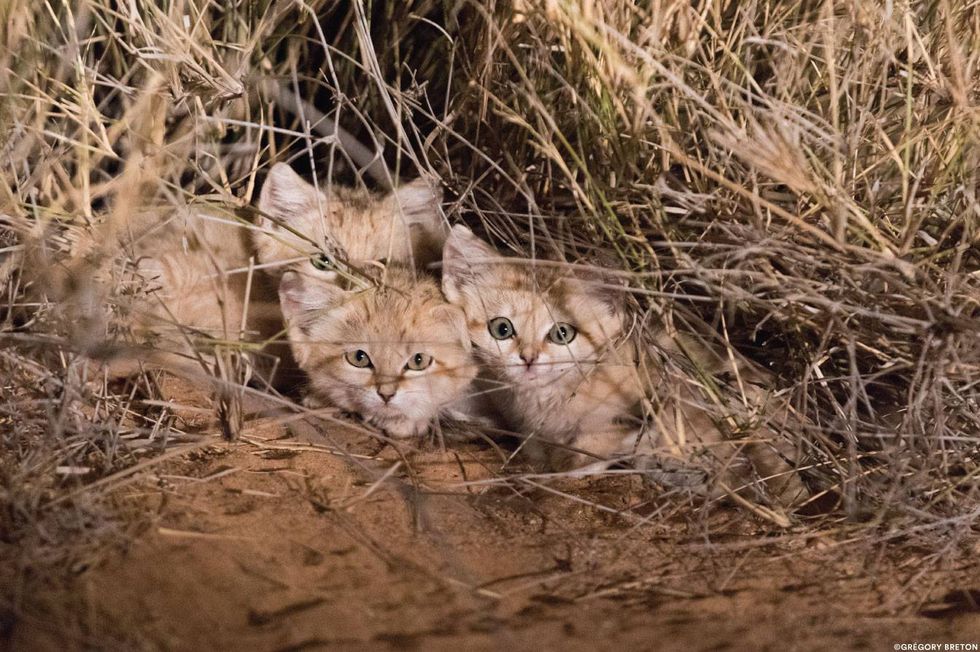 Related story: Man Surprised to Wake Up to See Family of 8 Playing On His Doorstep