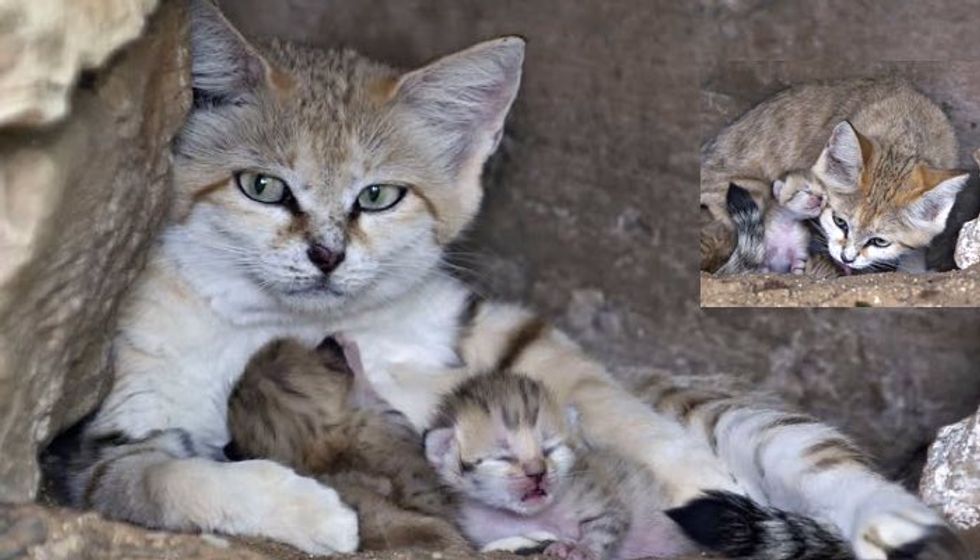 Sand cats are a very rare species with only 116 left on earth. Rotem who lives at the Ramat Gan Safari Park in Israel was the only surviving sand cat at the park, mourning her lost mate.

The staff brought in a new male sand cat, Kalahari, from Sweden last September, hoping he would become Rotem’s new mate, but Rotem wasn't entirely interested in this new arranged courtship. The two avoided each other for most time.

Fast forward to three weeks ago, when the staff discovered that Rotem had given birth to a littler of three healthy kittens, they were in total shock.

"We had been extremely worried," said Sigal Horowitz, spokeswoman of the Safari. "Here we had gone to all this effort to bring her a mate, a full year ago, and nothing was happening. And these are critical years for sand cats – they don't live forever."

Rotem the new mama is smitten by her three adorable, precious kittens.