Back in September Tim Newton was woken up by an unfamiliar sound which led him to witness a miraculous scene of a Lynx family scampering outside his home in Alaska.

These magnificent creatures were playing and frolicking across his deck and lawn. 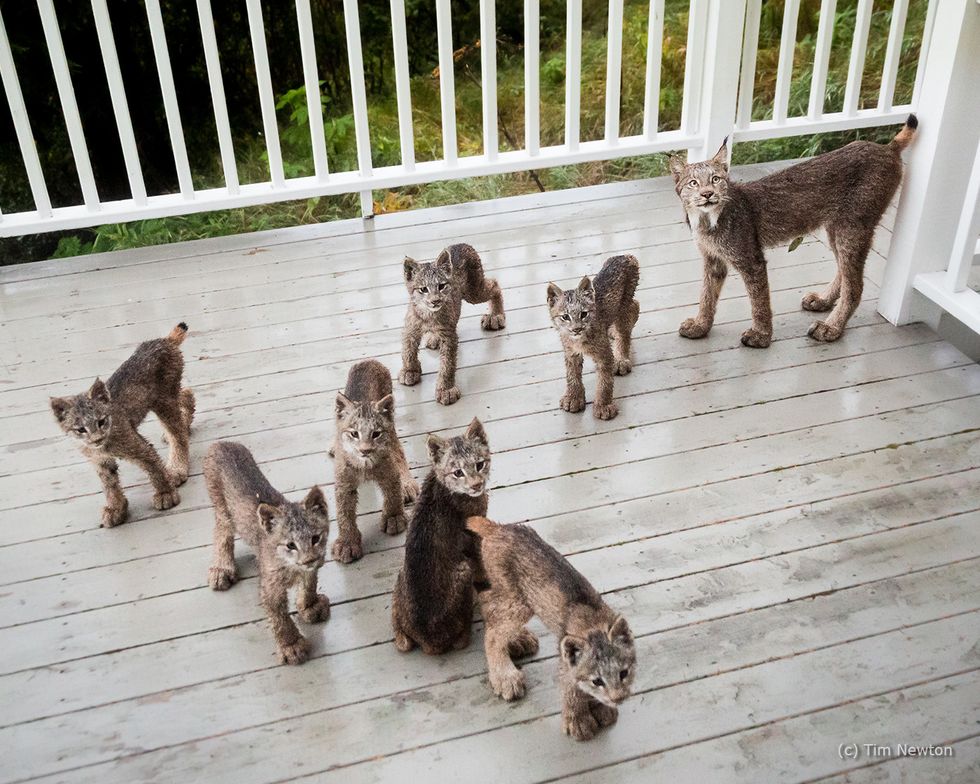 Their visit was brief, and Tim didn't expect to see them again as wildlife sighting of a Lynx is rare, let alone a family of eight.

Two months later, his wife, Cathy Newton, woke up to a familiar sound. She could hardly believe who came back to their porch on a snowy day.

On November 11, mama Lynx came back with her seven kittens. They were flying across the deck just like the last visit. Cathy quickly started recording the rare occasion while she was still in disbelief. 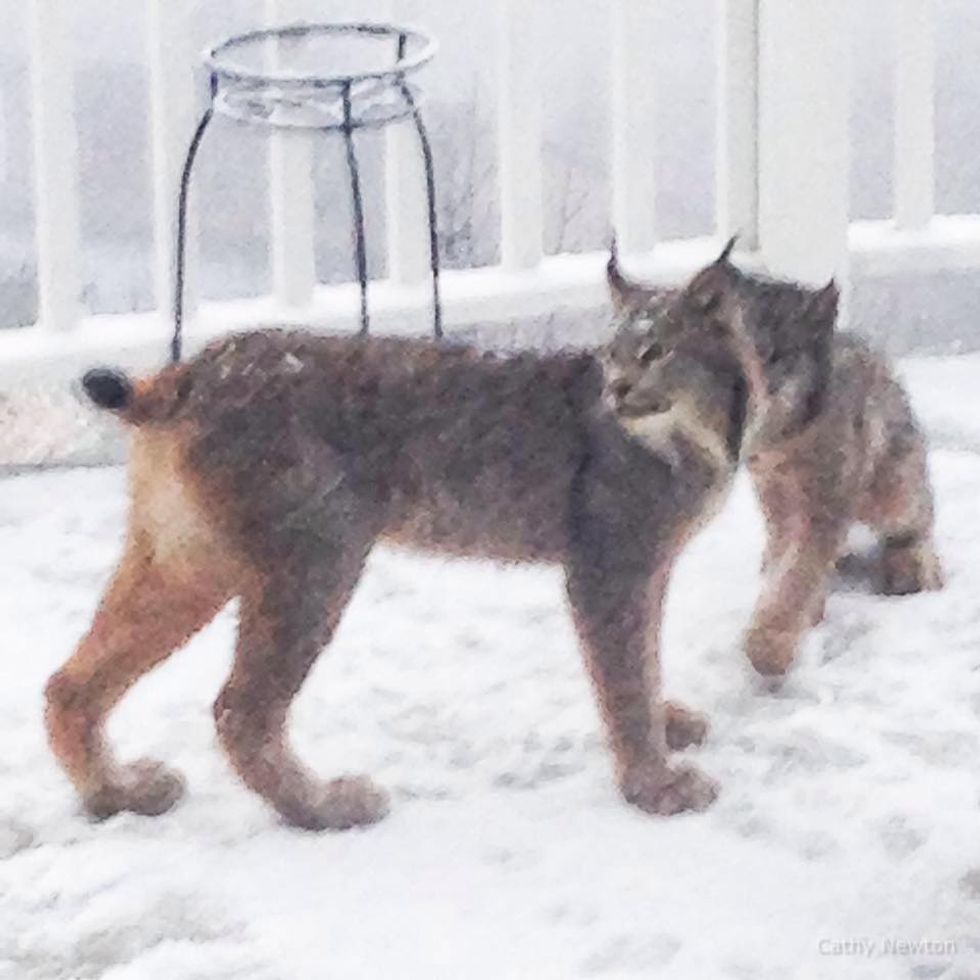 "It was fascinating to see Mama playing as much as they were! Five kittens were on the deck playing with Mama, while two were in the yard roughhousing," Cathy shared with Love Meow.

"Tim was not home, but I was able to get a number of videos of them! They are so cute!"

Watch this amazing footage of mama Lynx playing with her kittens.

The deck was covered with a thin layer of snow, so after some incredible playtime, they left plenty of big paw prints scattered all over the deck. 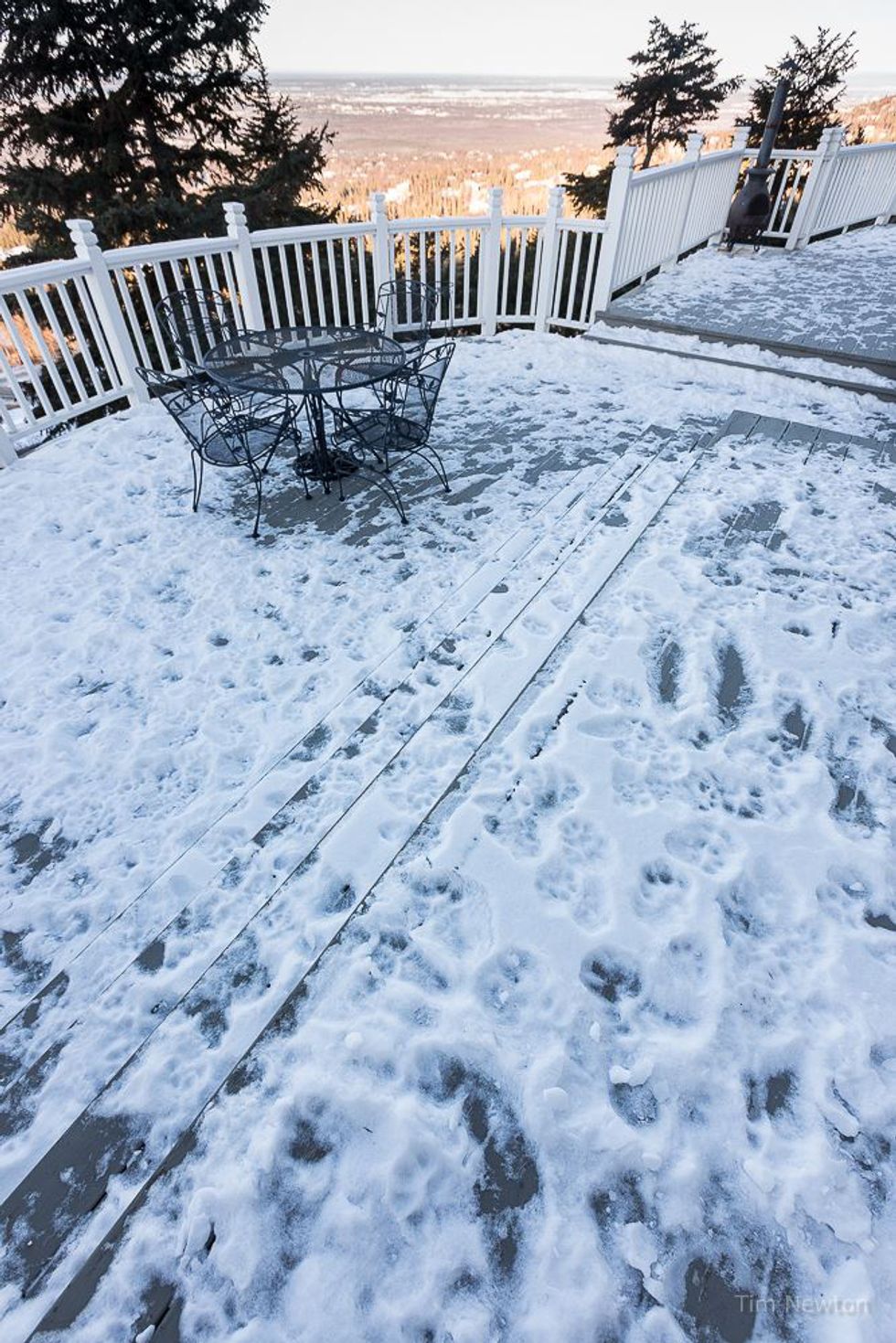 The beautiful Lynx family seems to be doing well.

Mama and her seven kittens who showed up in September, returned to the family's porch for a bit of a surprise. 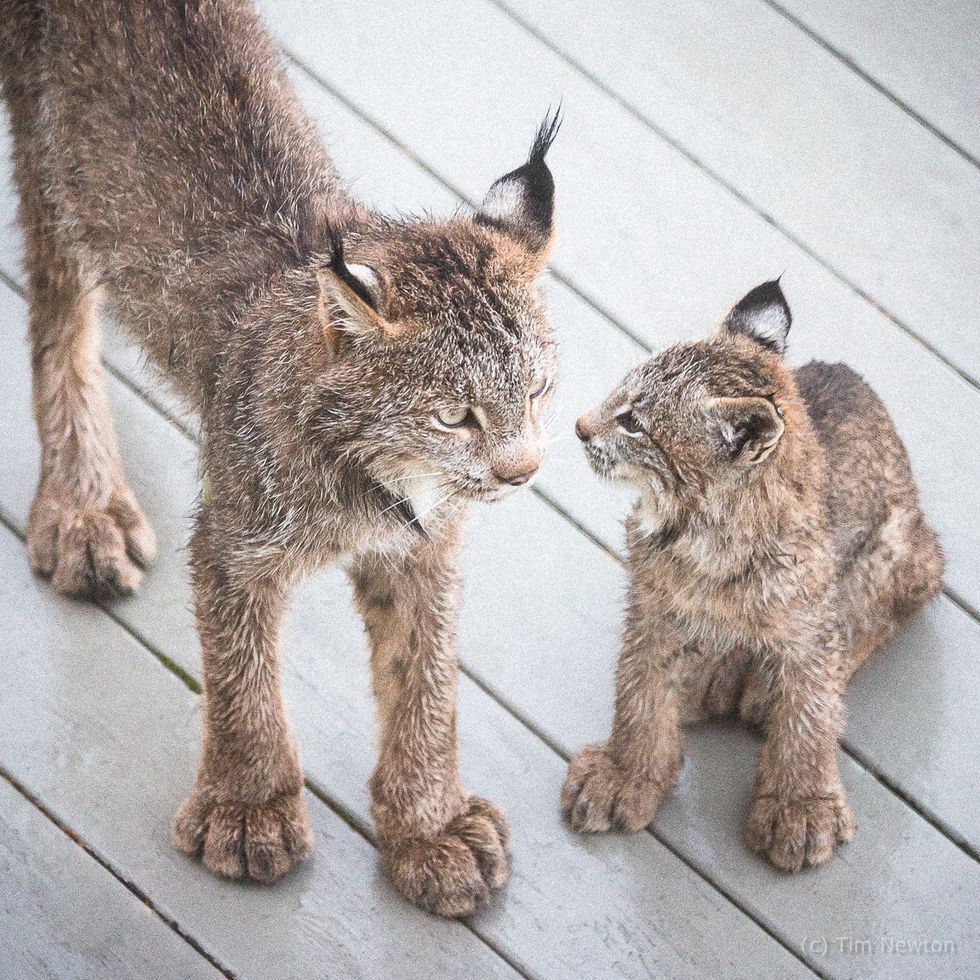 More footage of this revisit!

Related story: Sand Cat Kittens Spotted in the Wild for First Time and Captured on Camera