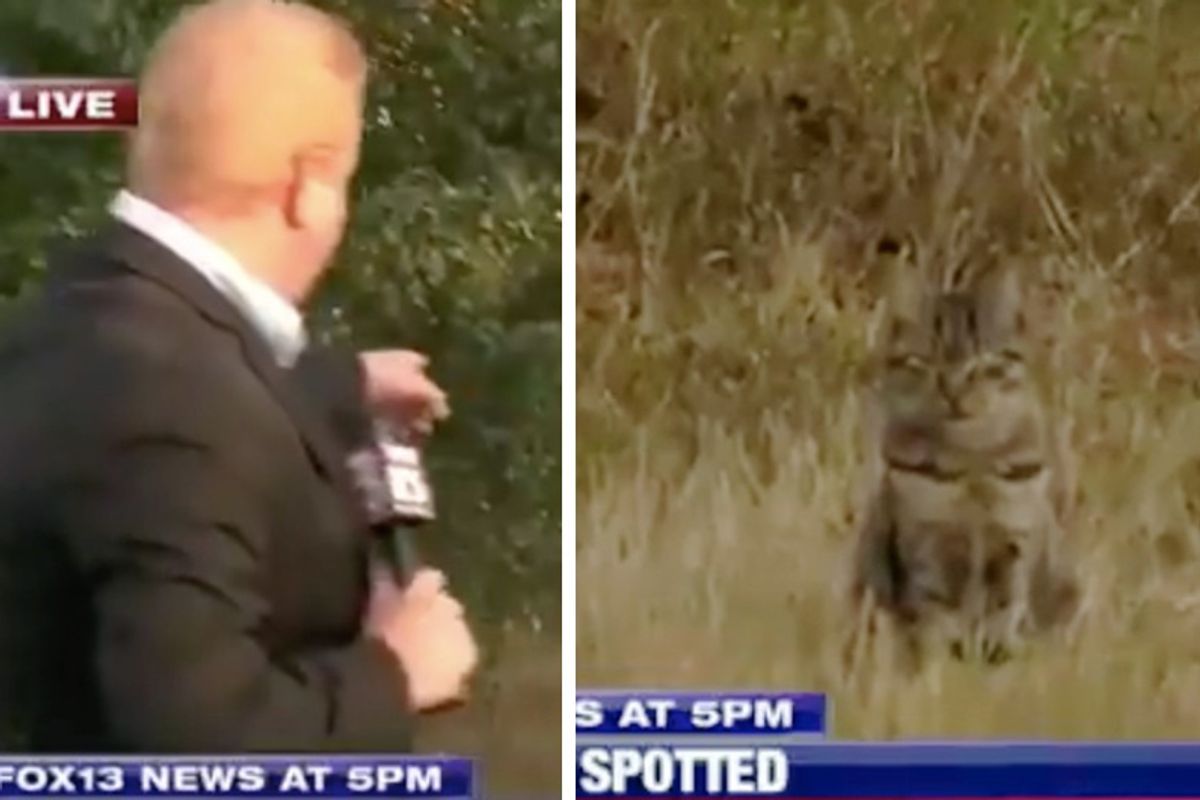 Scott Madaus of FOX13 Memphis was dispatched to search for the possible large wild cat, but ended up getting interrupted on live TV by a rather smaller feline.

Scott reported to the field where the claimed cougar was last seen. In the midst of a live report, a house cat, nonchalantly showed up in the field, just feet away from where a local man spotted the wild cat.

Instead of finding a cougar, they found a tabby cat, loitering about. The uninvited feline guest quickly stole the show by upstaging Scott with his ever-so-content face, as if nothing fazes him, not even a TV crew.

Scott decided to do a live "tease" titled "LARGE CAT SPOTTED" before commercial break to show the audience their discovery.

"I'm Scott Mattis live in Hernando, Mississippi where there is a reported spotting of a cougar. And that's not it," Scott said. "That looks like a house cat."

Watch the clip in this video:

They weren't able to find the cougar in question, but this unexpected feline friend made everyone's day with his special appearance!

Cats will be cats!

Here's the footage of the cougar in question: