A black and white fluffy cat decided to causally walk into a live show while the mayor of Riga (Latvia) was in the middle of an online Q&A session.

Needless to say, the kitty stole the show. 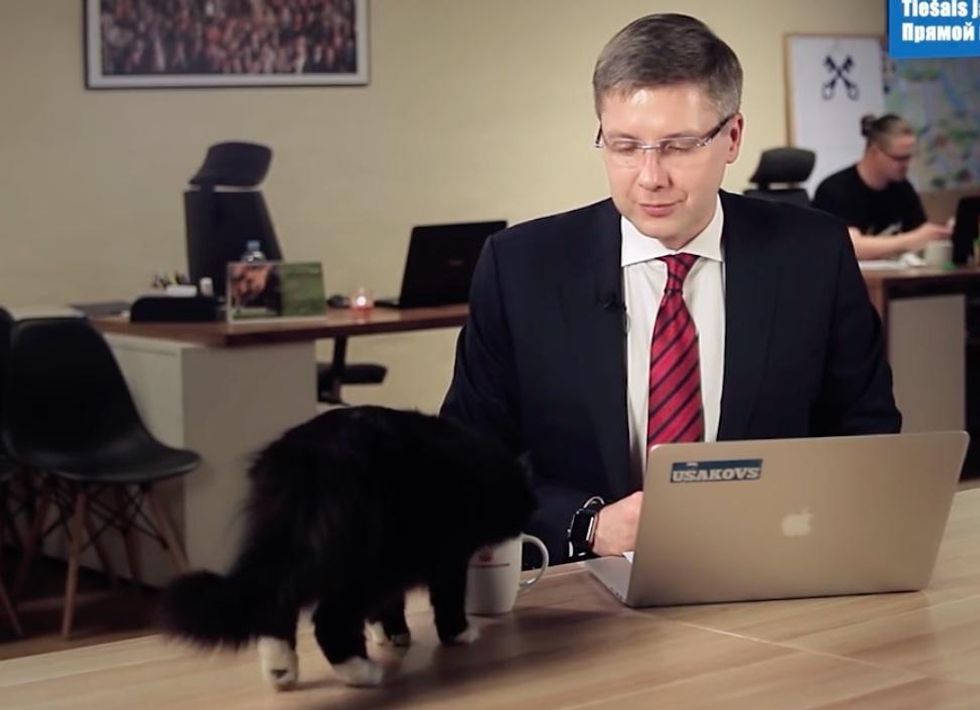 Mayor Nils Usakovs was taking part in an online segment when he was abruptly interrupted by a feline guest.

About 17 minutes into the interview, one of the office kitties strutted in front of the camera and decided to take a sip out of Usakovs' cup. The Mayor was caught by surprise when he saw the kitty hop on the desk. He watched as the little feline nonchalantly drank from his cup as if he owned it.

The mayor couldn't hold his poker face any longer and cracked a smile as the whole antic unfolded. He reached out to pet the kitty but was refused by the feline who had had enough air time and decided to explore somewhere else. 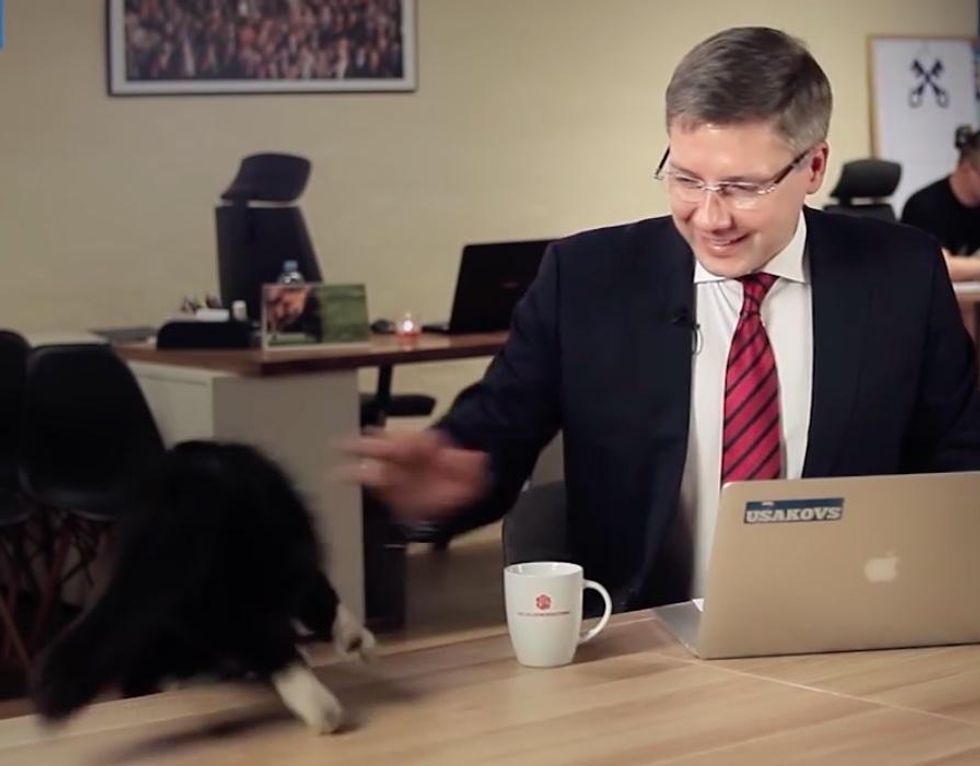 "Anything can happen when cats boss around in the office," he said.

Watch the kitty in action in this video:

Usakovs is known for his love for felines. He adopted two kitties, Kuzya and Muris, from an animal shelter in 2011, and now the two furry best friends own the town hall building in Riga.

Kuzya and Muris have since helped their mayor with his work on numerous occasions. 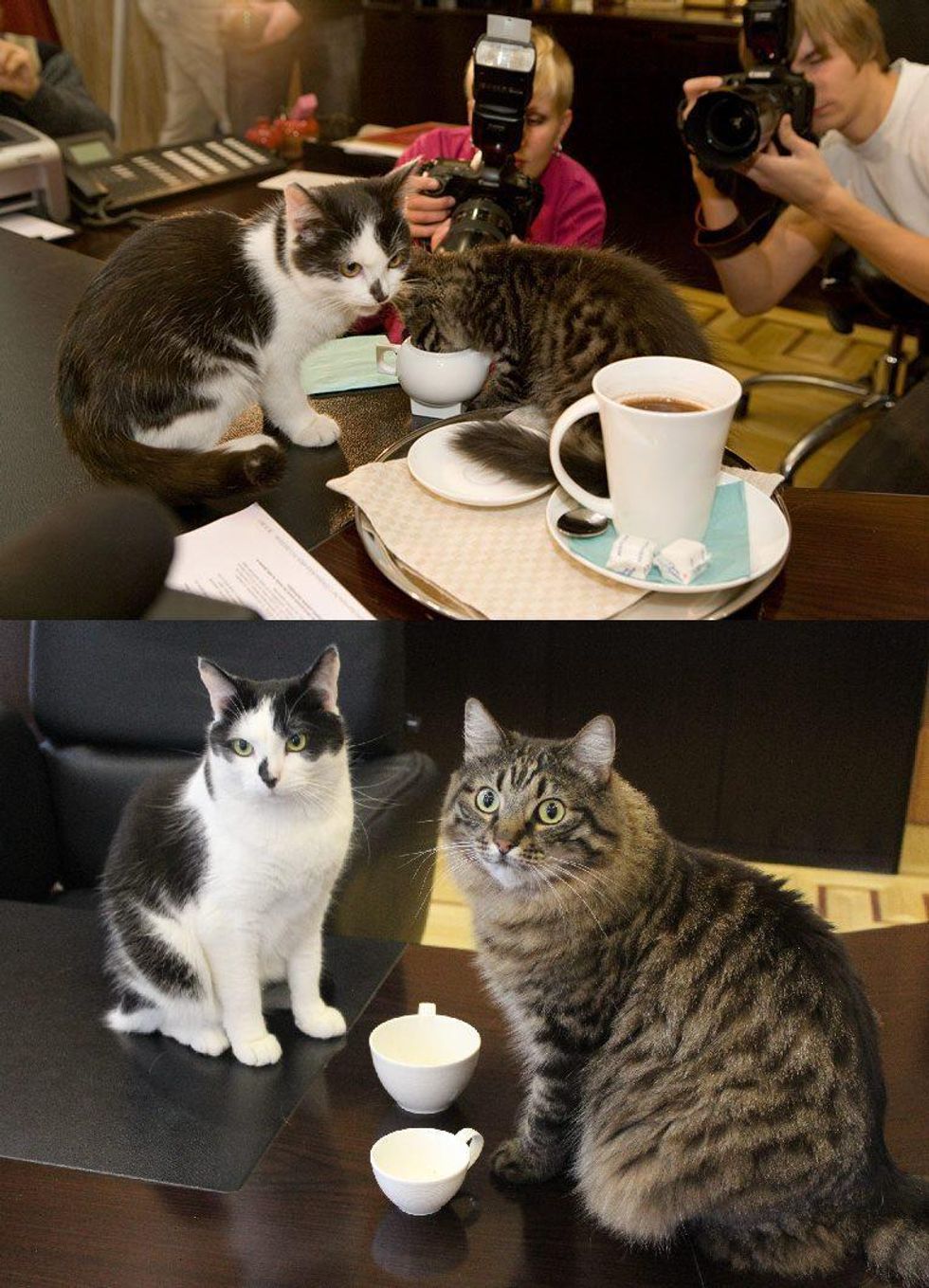 Meetings are more purrductive when they get the attendance from their feline colleagues. 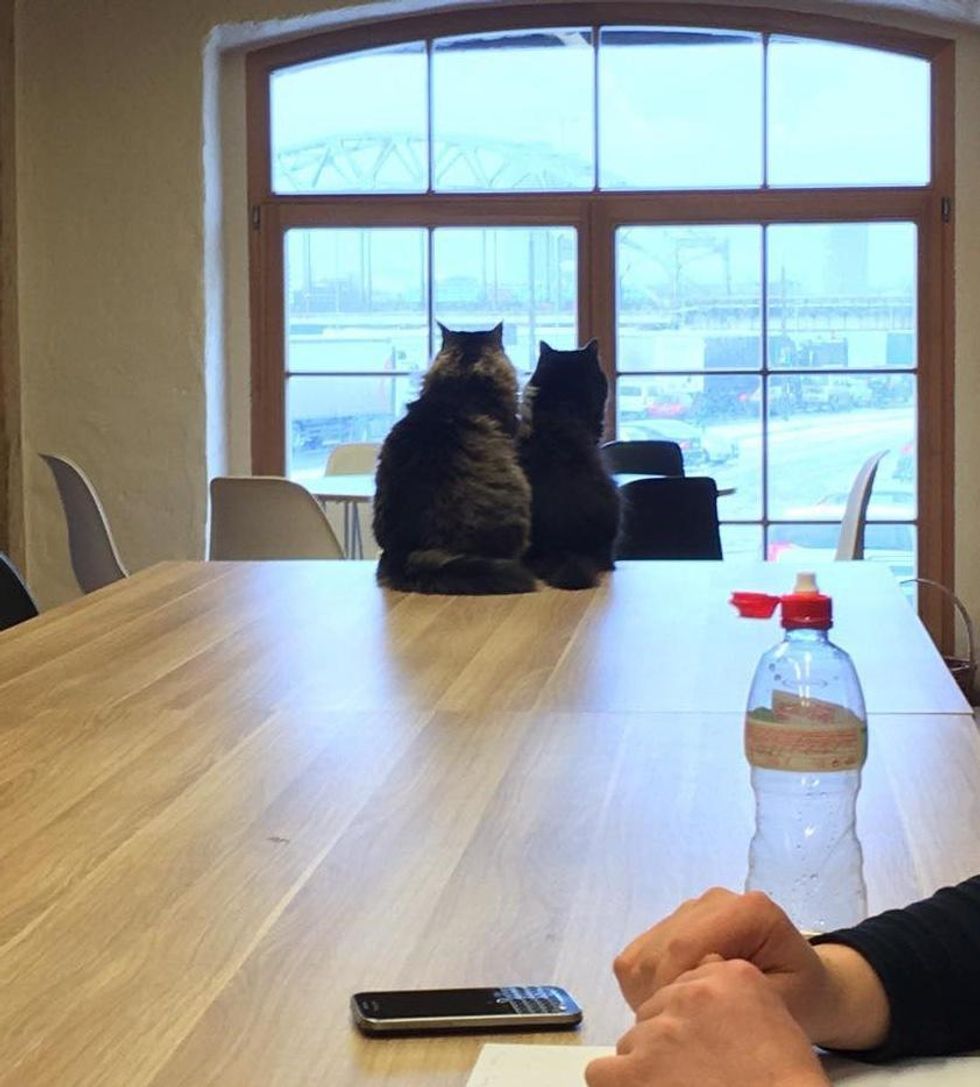 These office kitties are ambassadors for the city of Riga. Usakovs hopes their love for their feline friends will attract more tourists to visit Riga and meet the real bosses behind the city :). 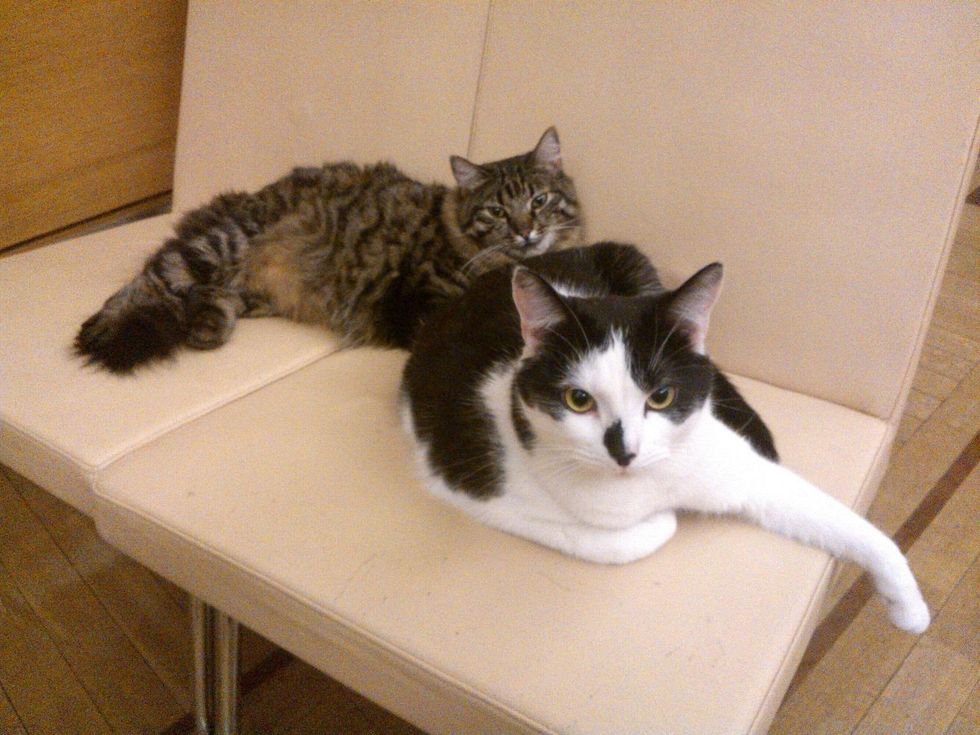 Share this story with your friends. (More info: Nils Usakovs/Facebook)