A little 6-week-old kitten was spotted at a barn all by himself without a mother in sight.

It was late October when Josie found the kitten in need of help. 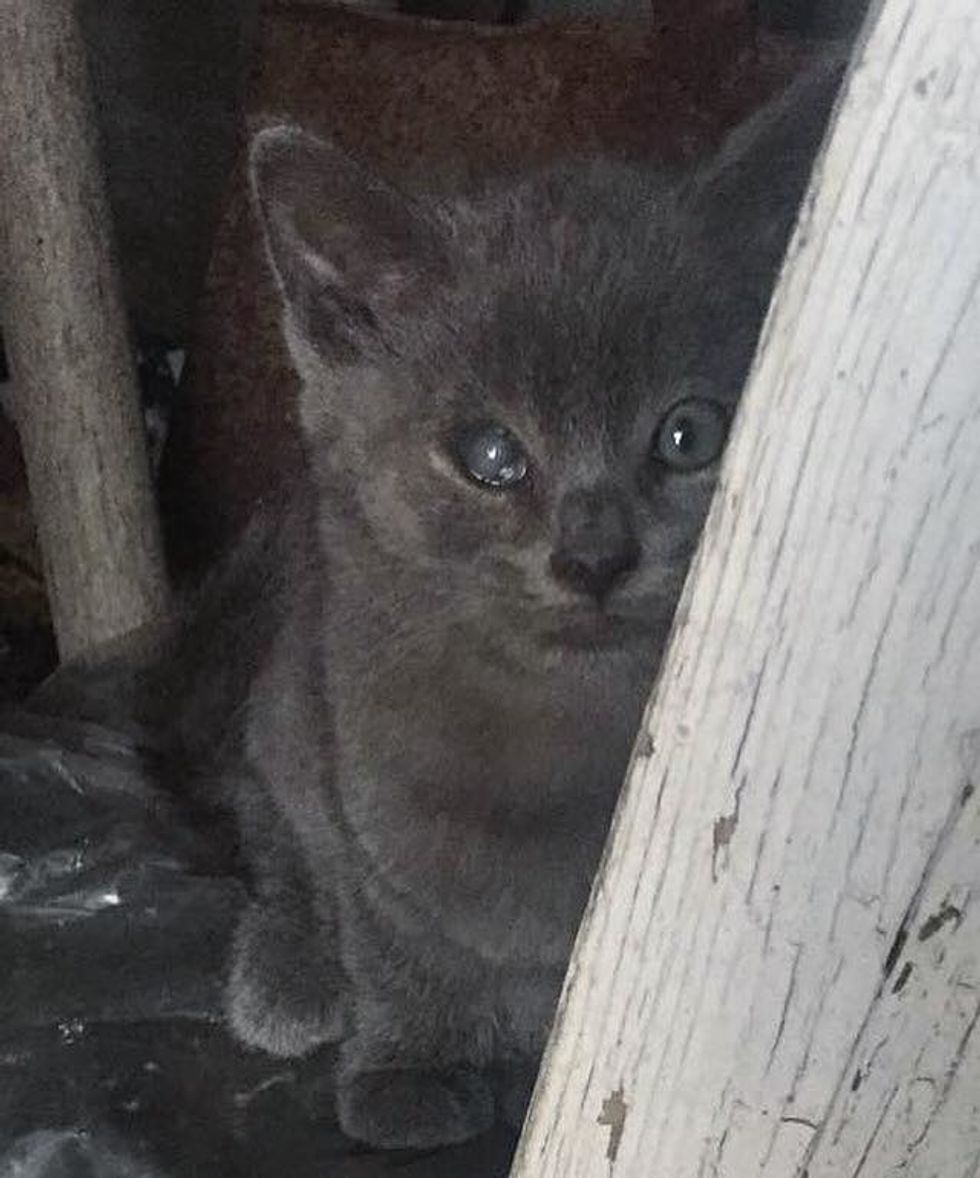 As she approached the little feline, she noticed that one of his eyes was opaque and he was struggling to move. She scooped him up and the kitten didn't fight as he was very weak and tired.

Josie brought the kitty to Chatons Orphelins Montréal, a local rescue in Montréal, Canada, and they immediately took him to their veterinary clinic.

"The kitten was less than two months old, weighed around 600 grams and had a glassy eye. He had a veil that appeared to be a scar on the cornea probably due to an ulcer," Celine Crom of Chatons Orphelins Montréal shared with Love Meow. 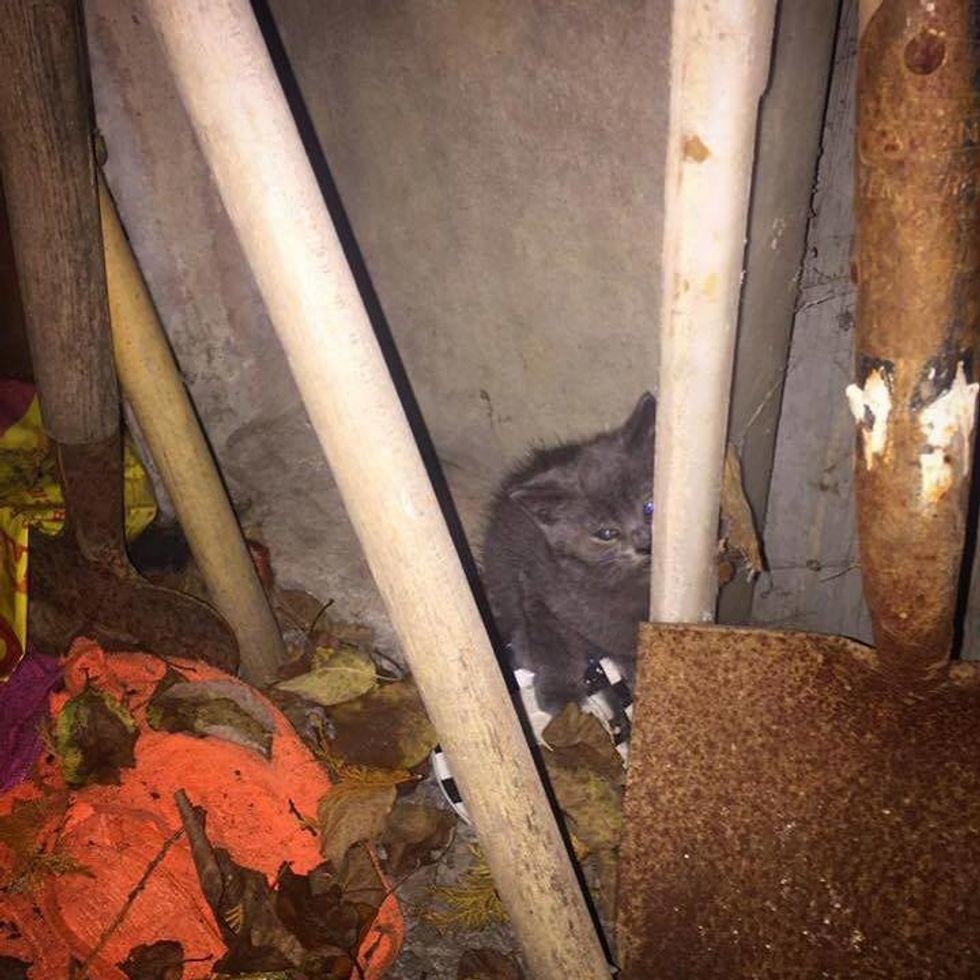 The kitten couldn't see through his bad eye, and at the time, they didn't expect the cloud in his eye to go away, but they wanted try everything they could to help him get better. 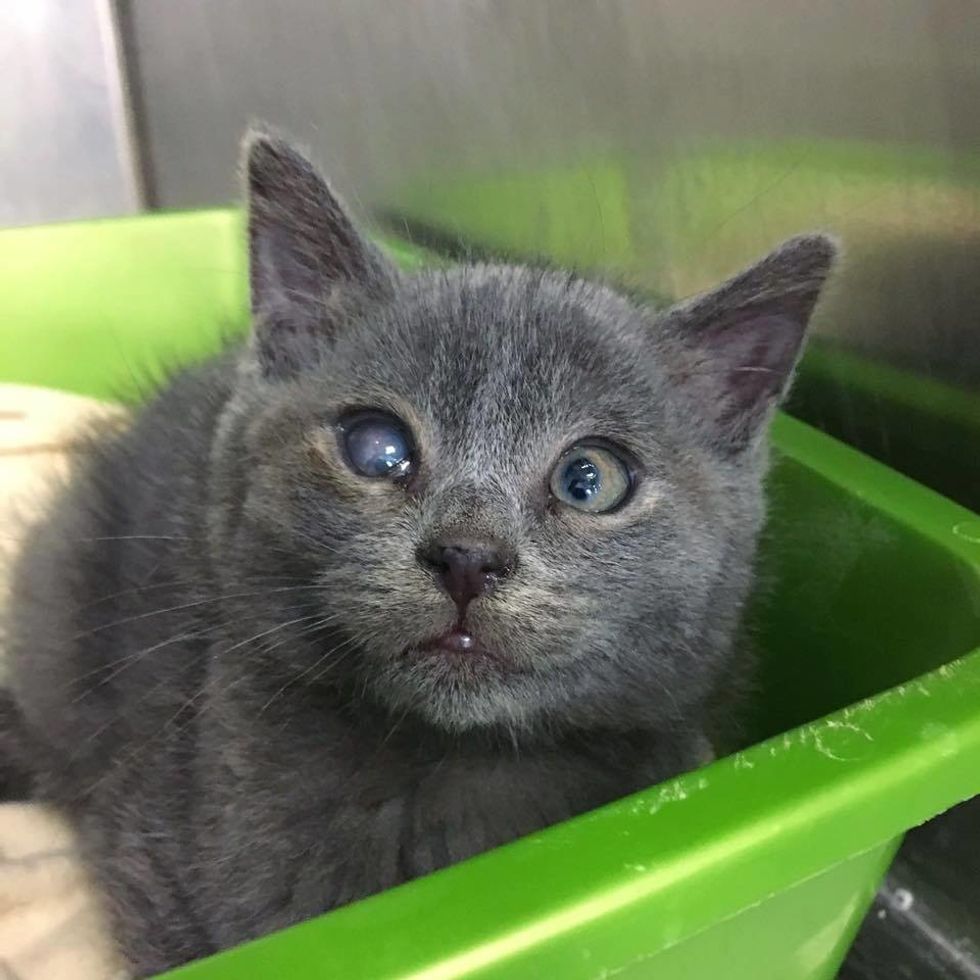 They started him on treatments for parasites, scabs as well as an antibiotic ointment for his eyes.

He was also tested positive for ringworm, but it was caught early, and they were confident that the kitten would heal over the next few weeks with proper treatment. 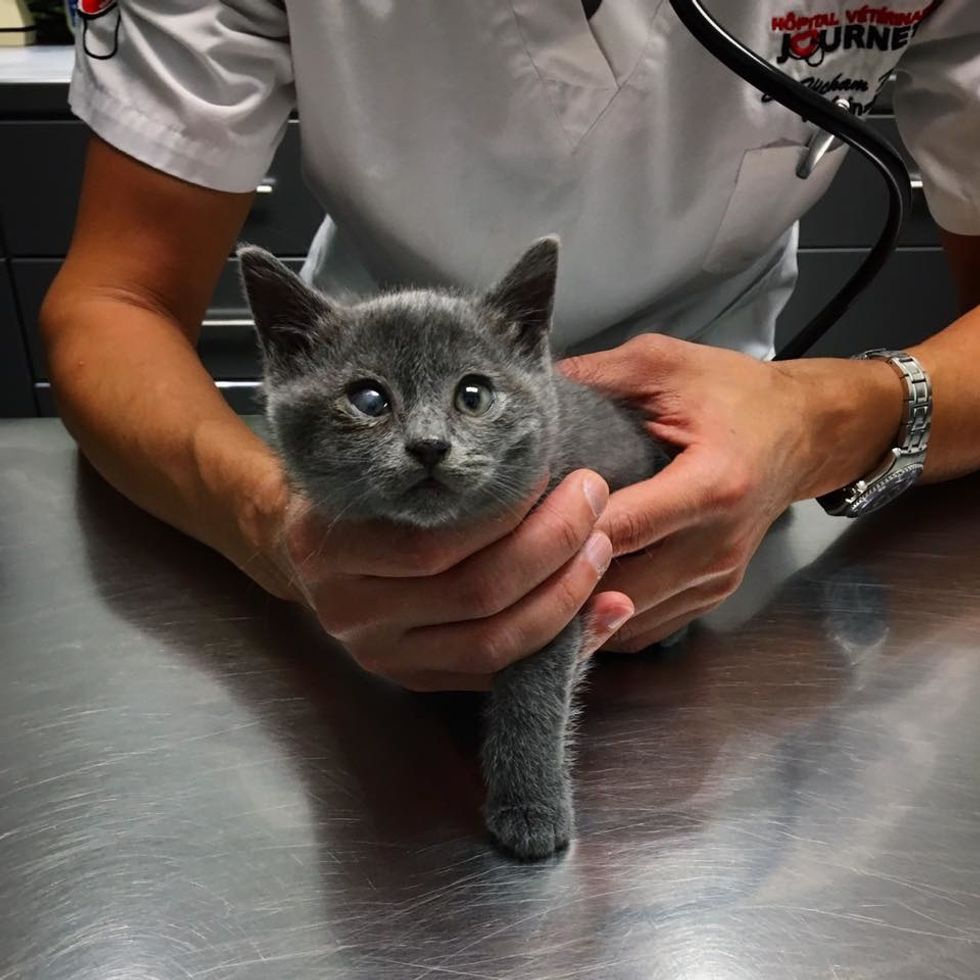 "This little boy was very small. He was anxious (with hissing and spitting) when he arrived, but in just a few days, everything changed. He began to ask for cuddles."

He had to be separated from other cats or kittens during his ringworm treatment. 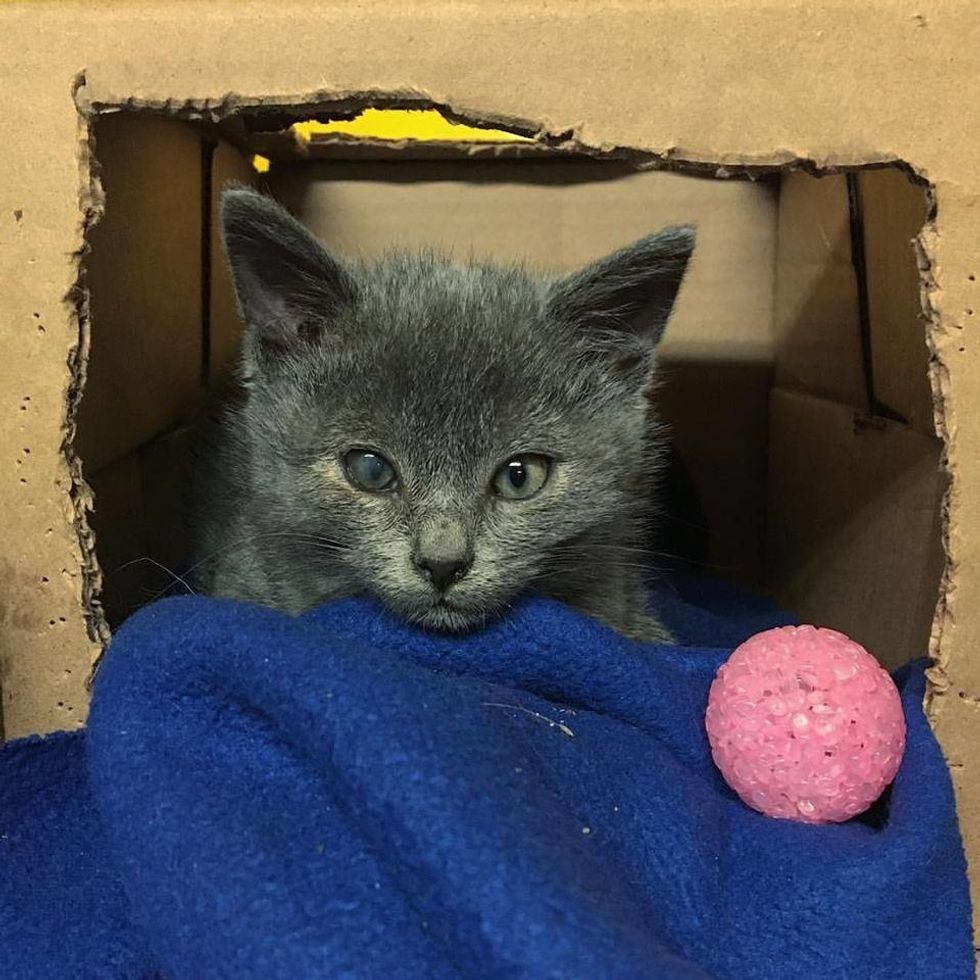 "The little one grew up, and isolation was hard for him even though many people took turns to care for him.

"Eventually, after several weeks, he was able to move in with his foster family." 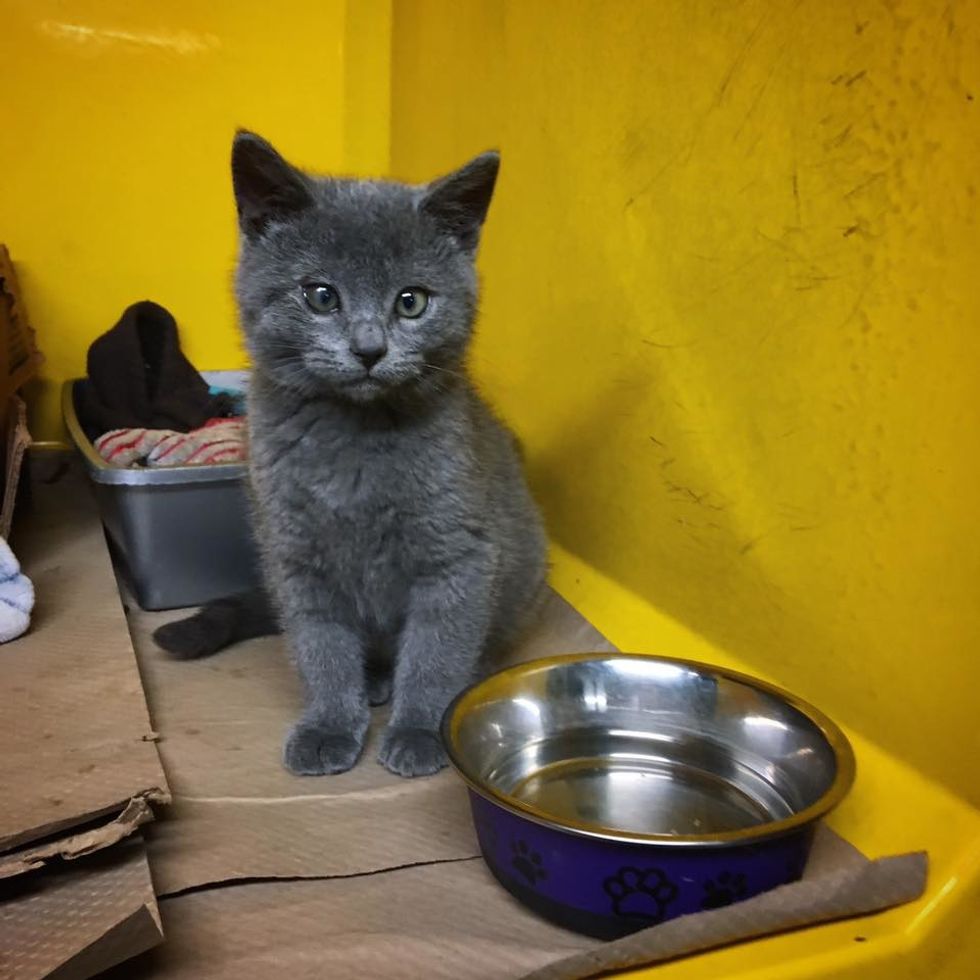 "During the first two days at his foster home, he spent lots of time running around the house — finally a place spacious enough for him to play and stretch his legs."

The timid kitten blossomed into a sociable, gentle and loving little guy. As he was nursed back to health, to everyone's surprise, the cloud in his eye started to disappear. 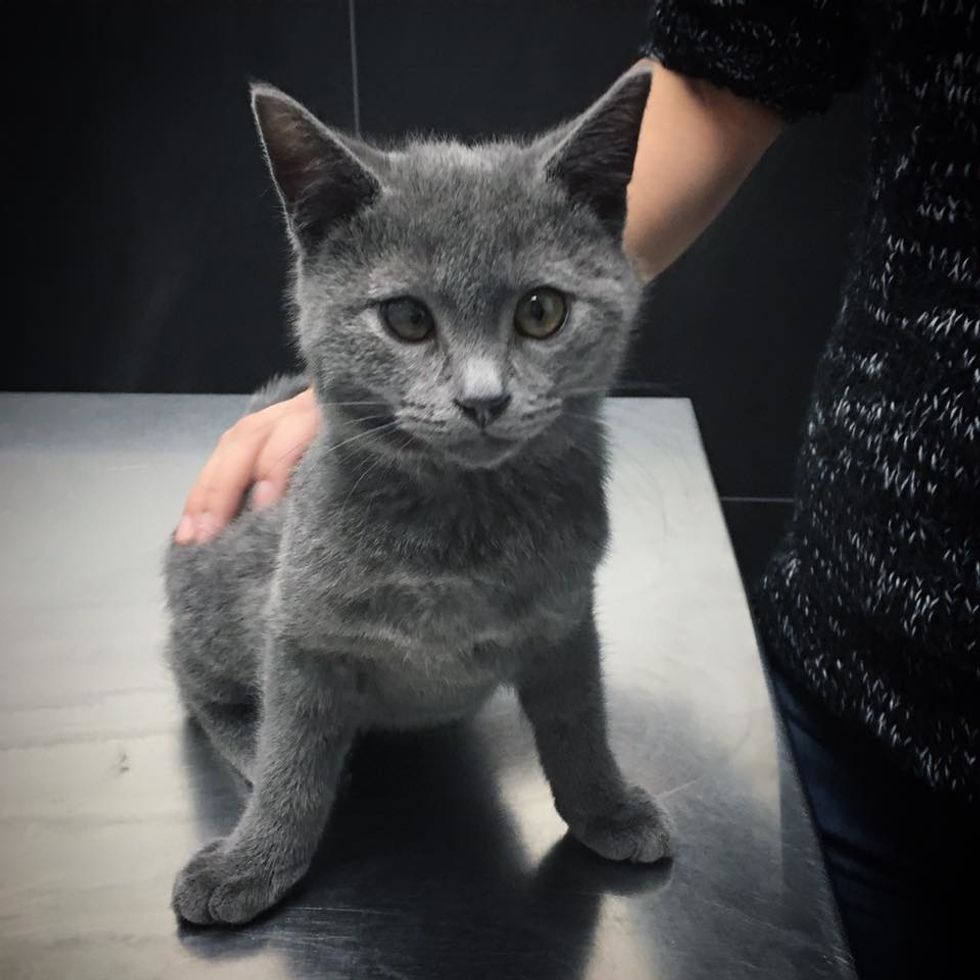 "He came to us with an opaque eye, and the eye treatment worked well. His vision improved!"

The eye is almost completely cleared, and little Berlingot reveals his slightly crossed eyes. It only adds to his charm. 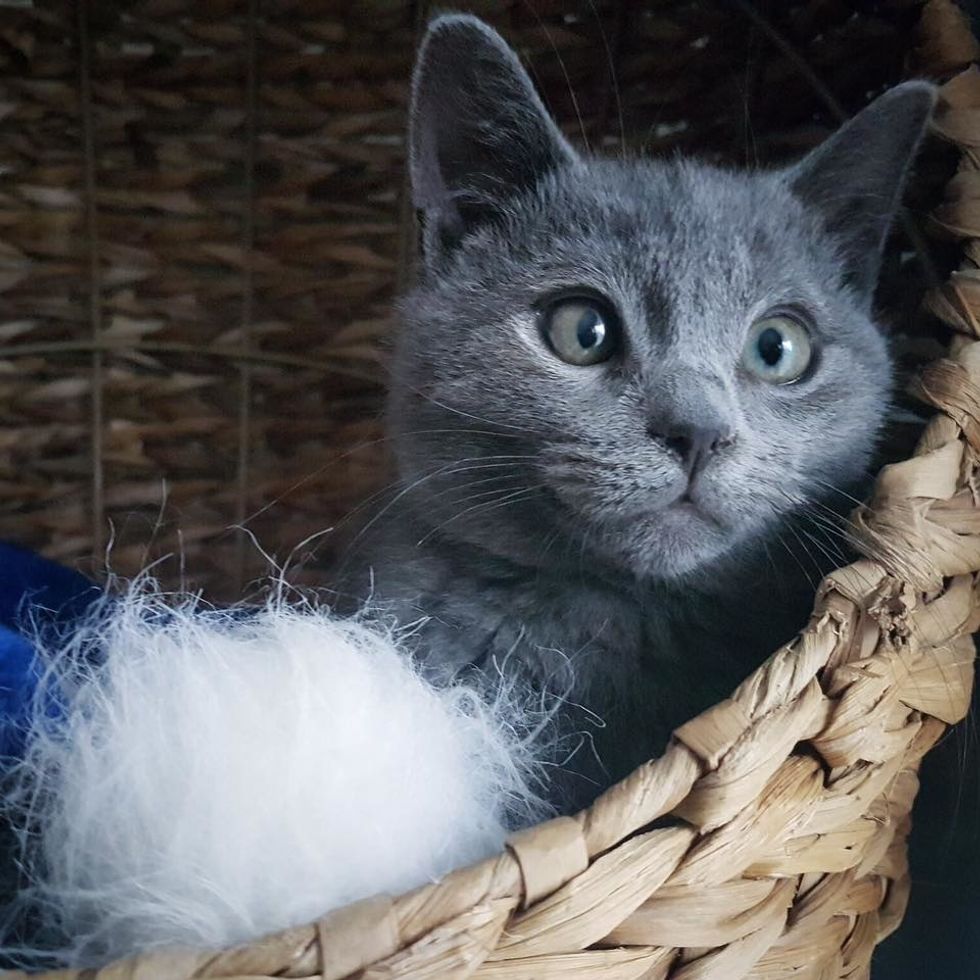 "He is playful and mischievous. Berlingot purrs as soon as we approach him — he likes to sleep near us and have cuddles. He is curious and always wants to know what we are doing."

The kitten is 15 weeks old now and loves to climb on the cat tree, surveying the room. 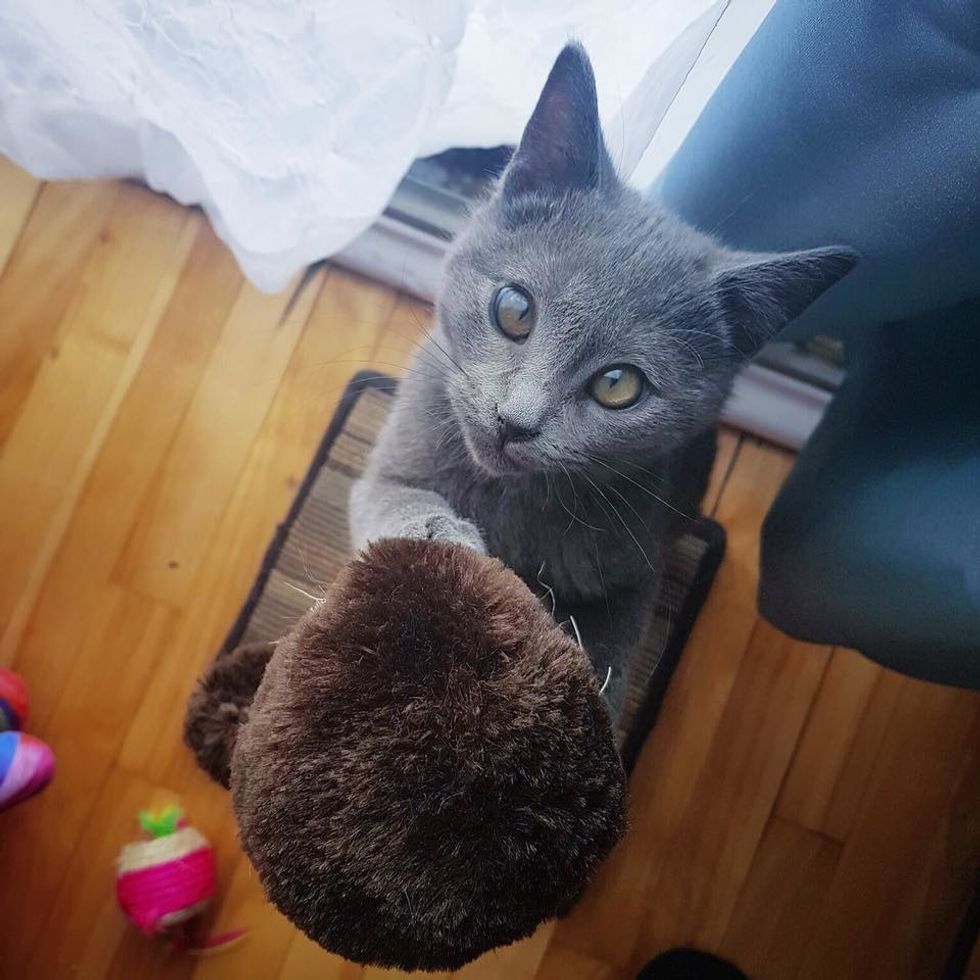 "The little one got a second chance at life, and we hope to find him a forever home this winter." 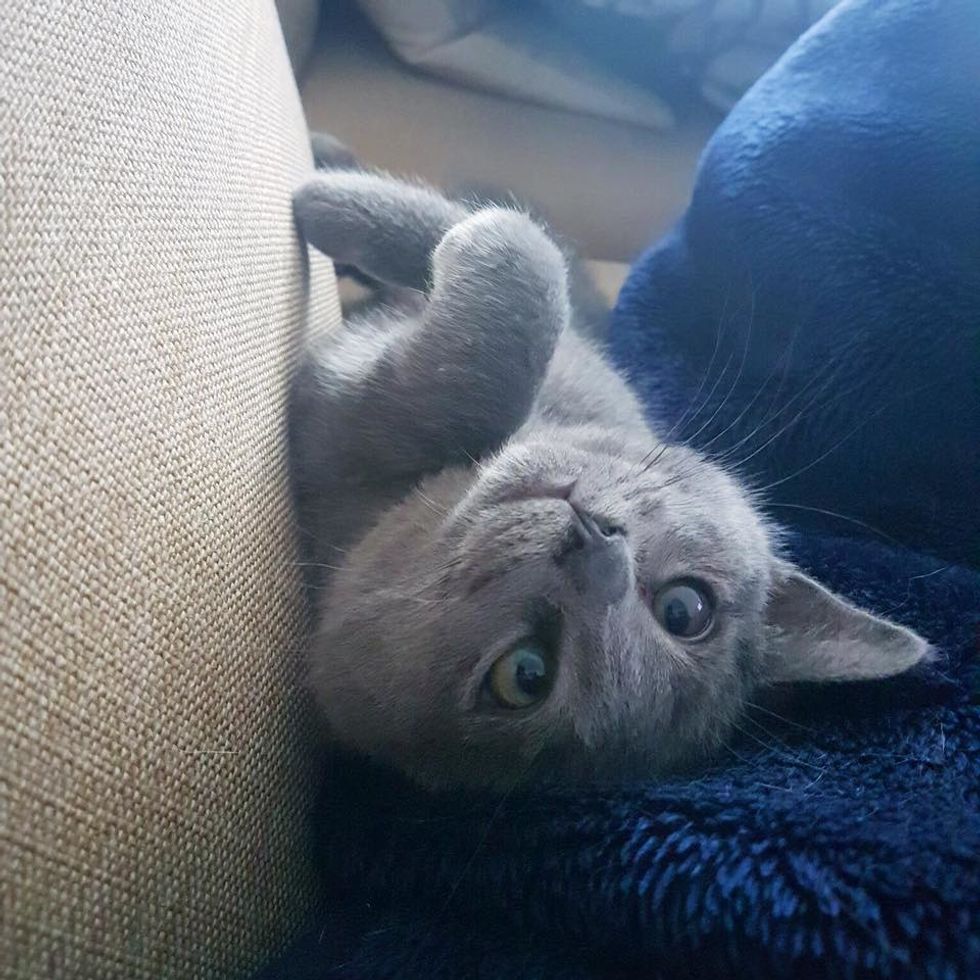 Related story: Woman Hugs a Kitten No One Wanted, the Kitty Won't Let Her Go