Family Finds Tiniest Kitten in Middle of Road, But He's Not What He Seems

A family in Thailand spotted a tiny kitten in the middle of the road without a mother in sight. However, the teeny little kitten was no ordinary cat. 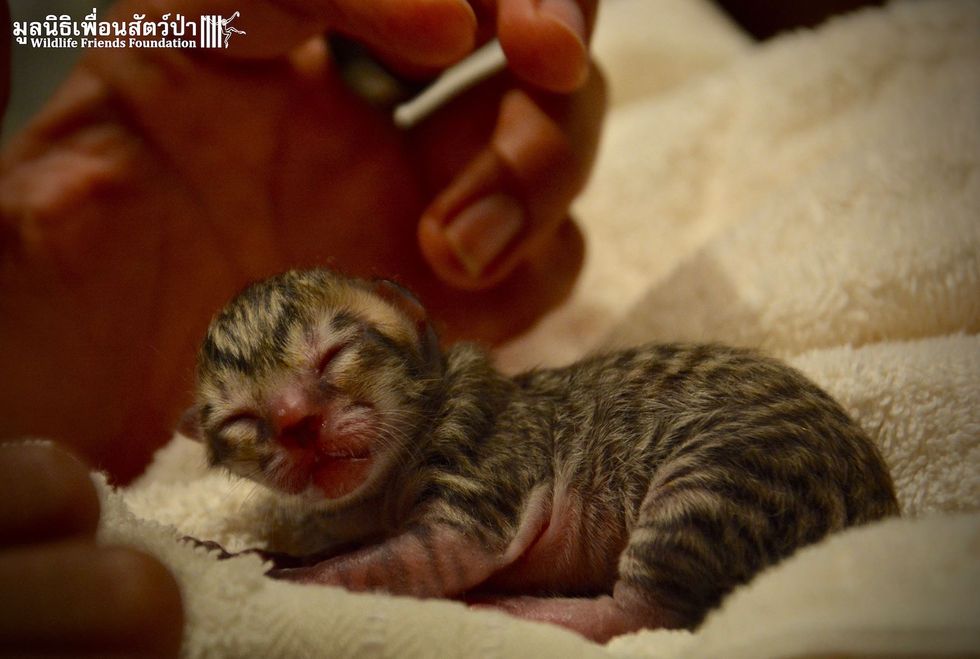 After rescuers arrived, they discovered that the little kitten with stripe markings appeared to be a fishing cat kitten, a wild cat that is about twice the size of a domestic cat.

Wildlife Friends Foundation Thailand found the kitten to be just a few hours old at the time of the rescue.

"We were told that the mother of the fishing was actually a released rescued animal, that they had found in a rice field next to the house while working a few years ago, they raised the cat into adulthood and then released it back to the wild," Wildlife Friends Foundation Thailand said. 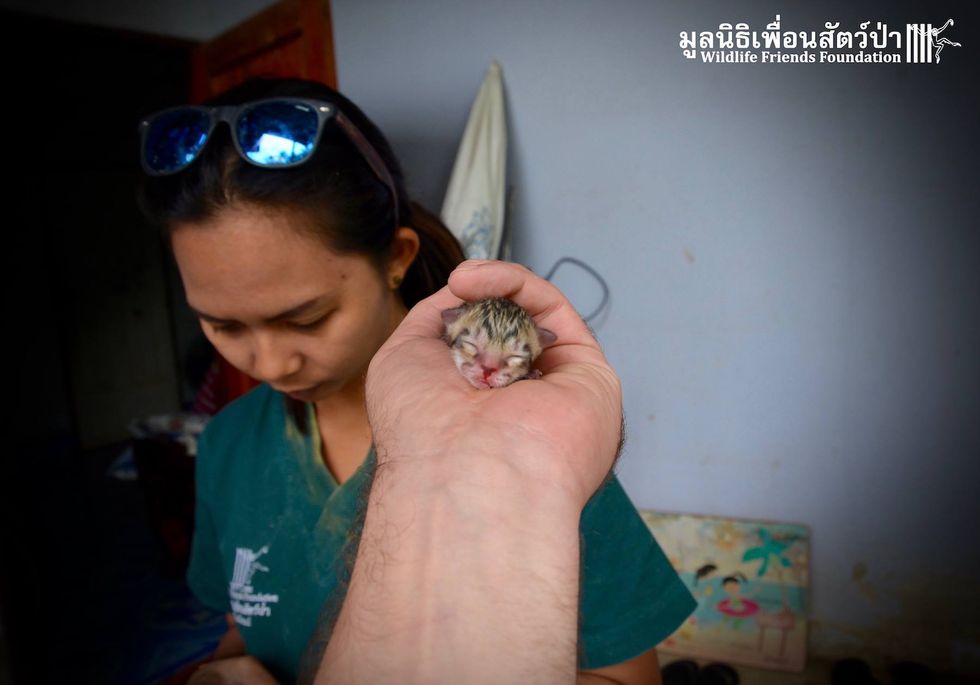 The mother fishing cat became comfortable with the family and would occasionally return to the house. The day before they found the kitten, the mother cat showed up somewhere nearby.

It's likely that the mother gave birth to a litter, and while she was moving her babies, she dropped this tiny one in the road. 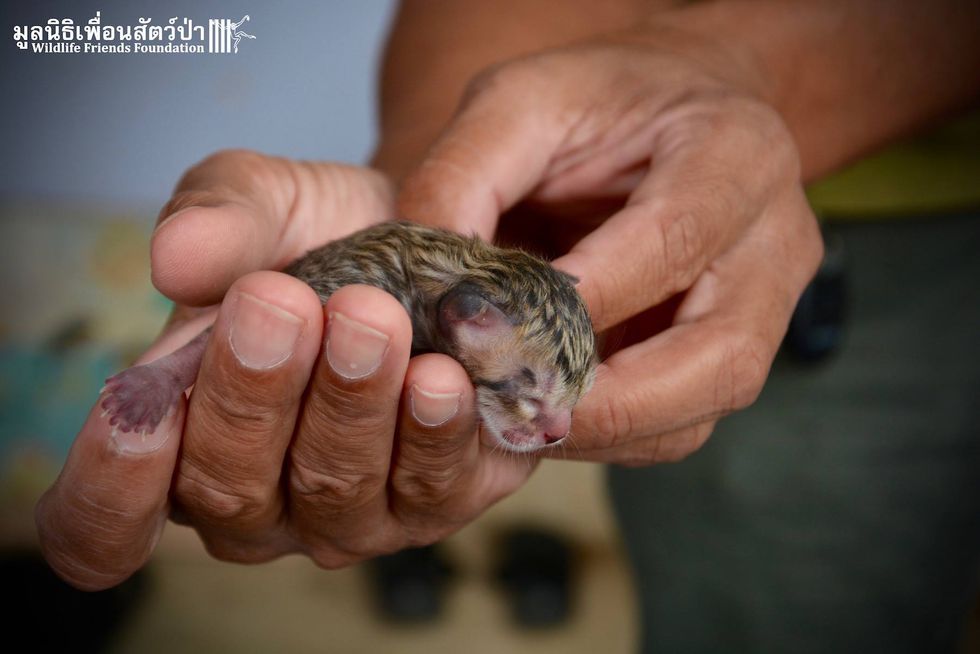 The family waited for the mother to come back, but she never did, so they called for help.

"When we arrived we found the kitten to be very cold and in urgent need of some milk, so we headed straight back to the WFFT Wildlife Hospital with the little kitten held closely to vet Aon's chest to keep warm." 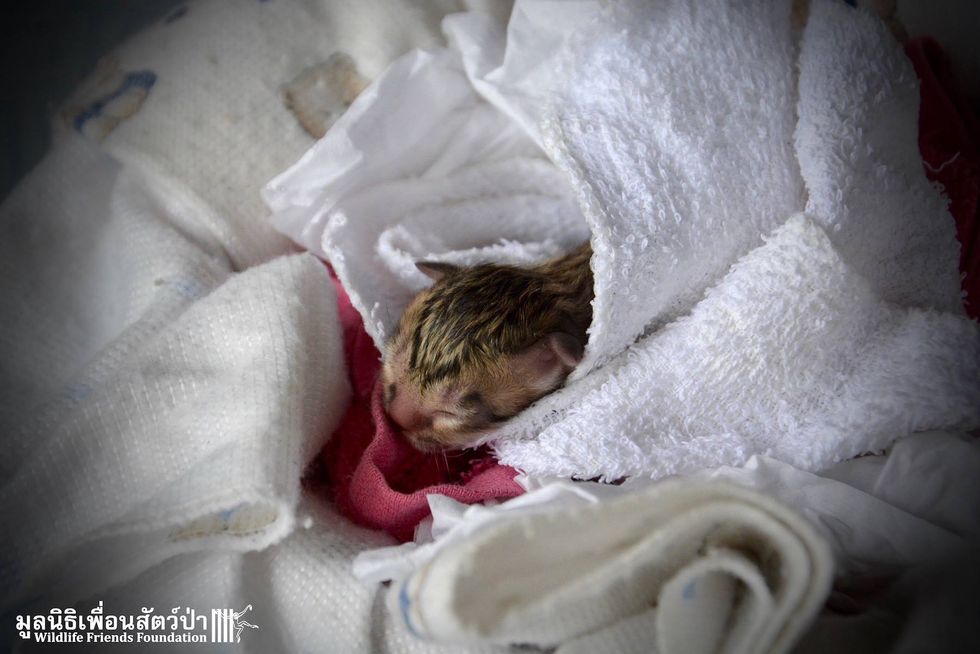 The Fishing Cat is a species that lives in Southeast Asia. Unlike most cats, Fishing Cats love water and often enter the water to prey on fish, hence the name.

Because of destruction of wetlands and hunting, these animals are threatened, and has been listed as vulnerable to extinction. 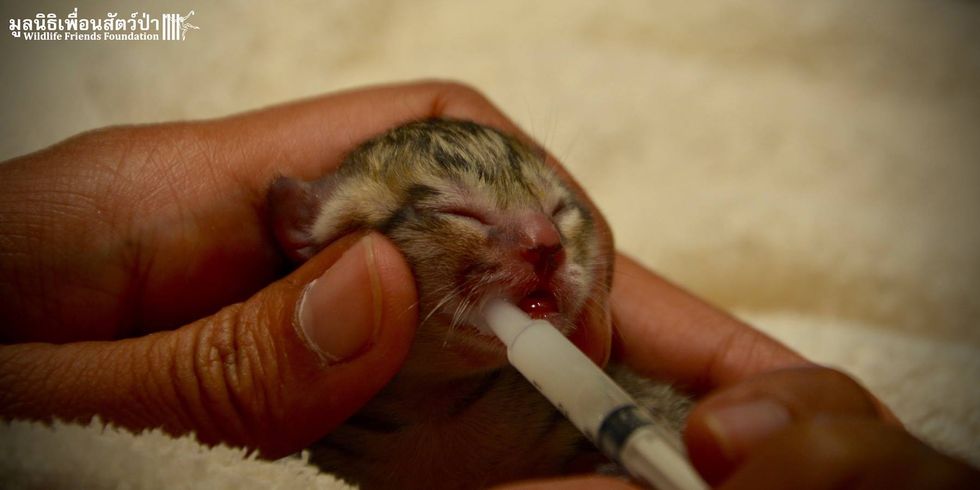 "The Fishing Cat faces a high risk of extinction throughout its range and is thought to be amongst the most vulnerable of the small and medium-sized cats in Southeast Asia," WFFT said. 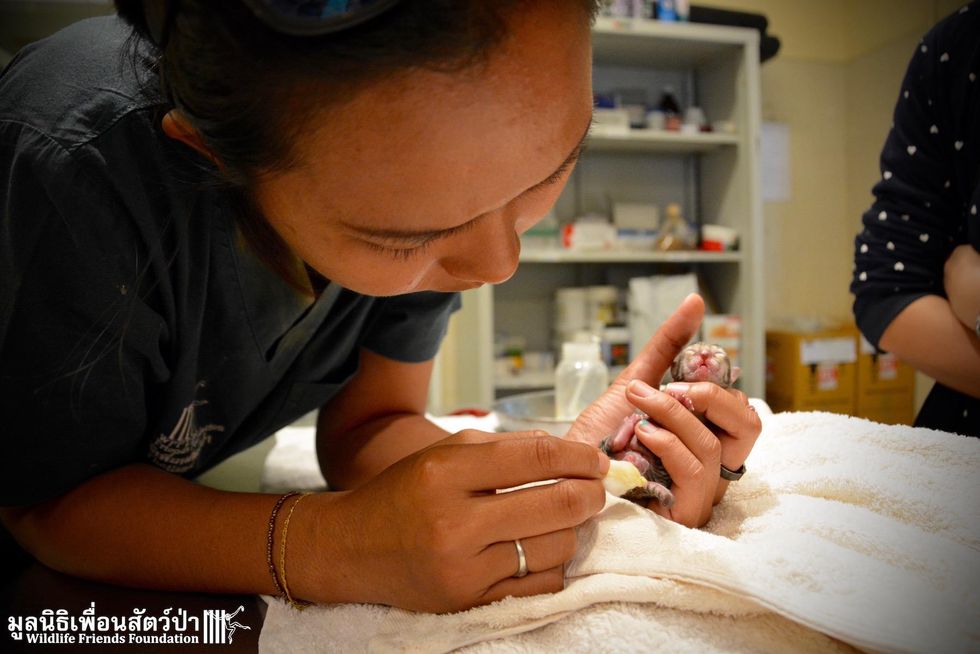 They named him Simba. 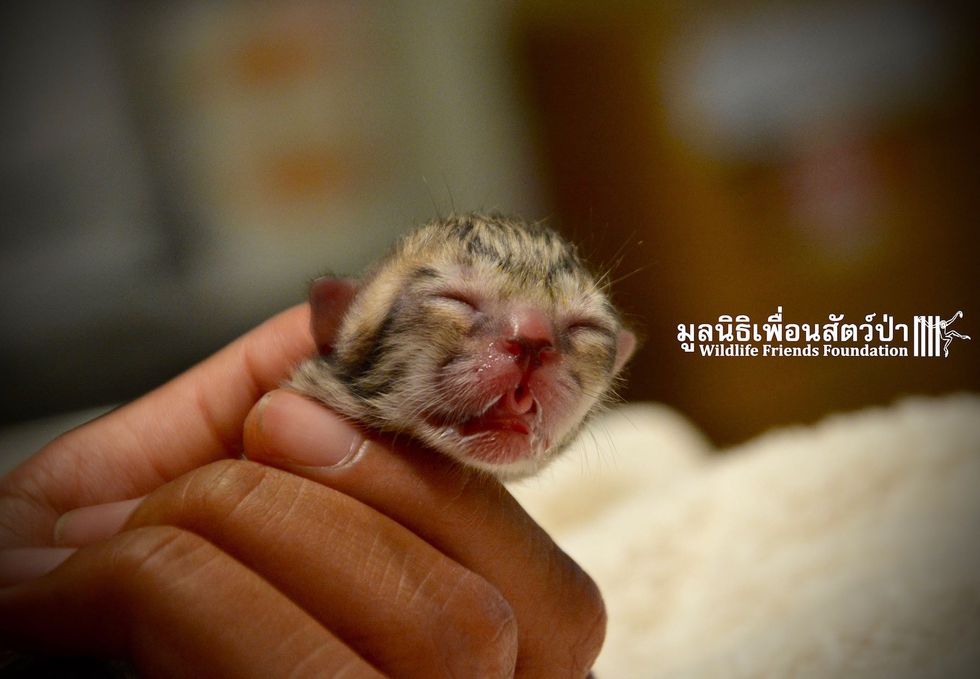 Here's a photo of a gorgeous adult Fishing Cat. 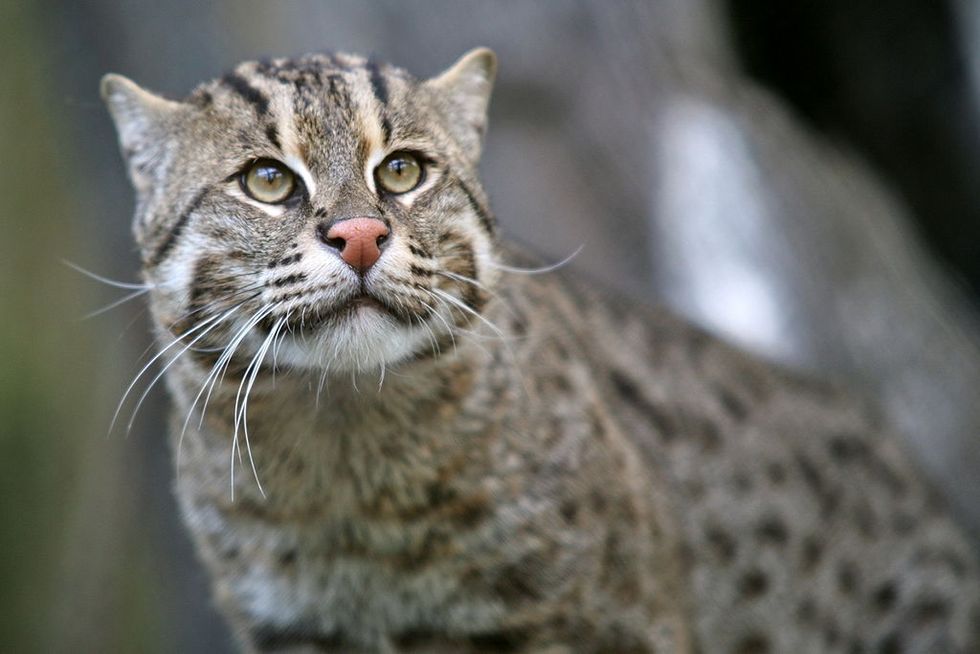 Share this story with your friends. If you would like to support WFFT and their rescue efforts, click here to see how you can help. (h/t: thedodo)