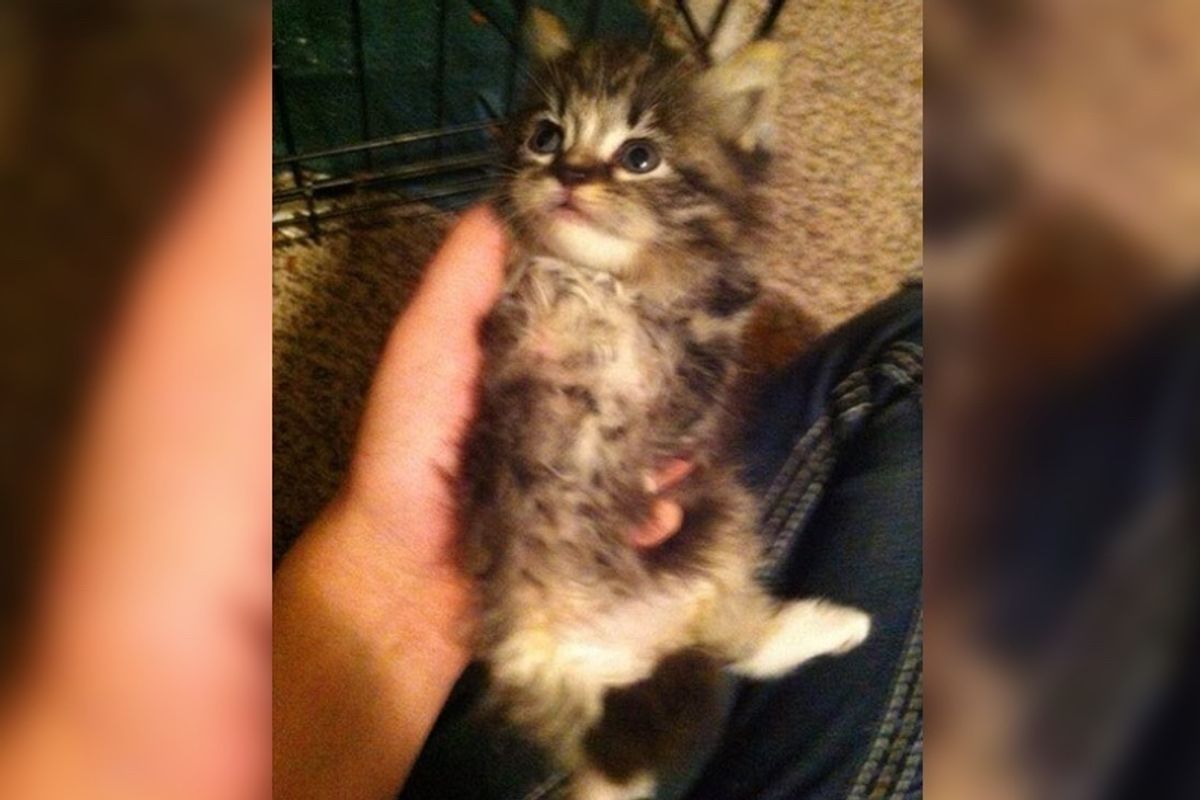 This little wonder cat was born with just two hind legs, but she doesn't let anything slow her down.

From the day she was born, Pancake always looked a bit different from her siblings.

"I was told it was a struggle finding a home for her. I immediately said I wanted her and by Friday that week I had her," Pancake's mom wrote.

Pancake was eight weeks old when she moved into her new home. She spent most of her first week on her back, looking at her humans. They tried to spoon feed her to help her eat and woke up several times in the middle of the night to feed the hungry little baby.

"She very quickly started moving around and standing up, and she hasn't stopped since."

They discovered a little nub that looks like a third leg on pancake. It's not fully functional but she can use it to help with mobility and play.

"Her tail is deformed as well, that is why it is shorter and has an irregular bone growth at the end."

But that is not an issue for Pancake. She can get around and play just fine.

"Four days after I got her, she weighed less than a pound." But what she lacks in size, she surely makes up for it in purrsonality.

Pancake loves to stand up to play and jump on her humans' bed. She has a big appetite, and can use a litterbox with two legs like a pro.

Perching on her human's shoulder like a little owl.

Pancake can balance really well on her back legs. When she sits upright she looks like a little meerkat.

The fluffy kitty likes to offer help whenever her human is doing something.

Sweet Pancake loves to snuggle with her human mom at night, chew on the book she reads, and attack her feet to wake her up in the morning.

"I think she does things most any cat would do."

"Some people that see her for the first time say that it is heartbreaking that she can't do this or that. I can understand that, however I don't feel the same way anymore.

"Seeing how far she has come in such a short period of time is actually exciting."

"Pancake loves to play, especially just after breakfast. She has so much energy in the morning."