Seven months ago, a stray kitten found a guy in a parking lot. He climbed in his lap and made him his forever human.

This Christmas, the man wanted to do something special for his beloved feline friend. 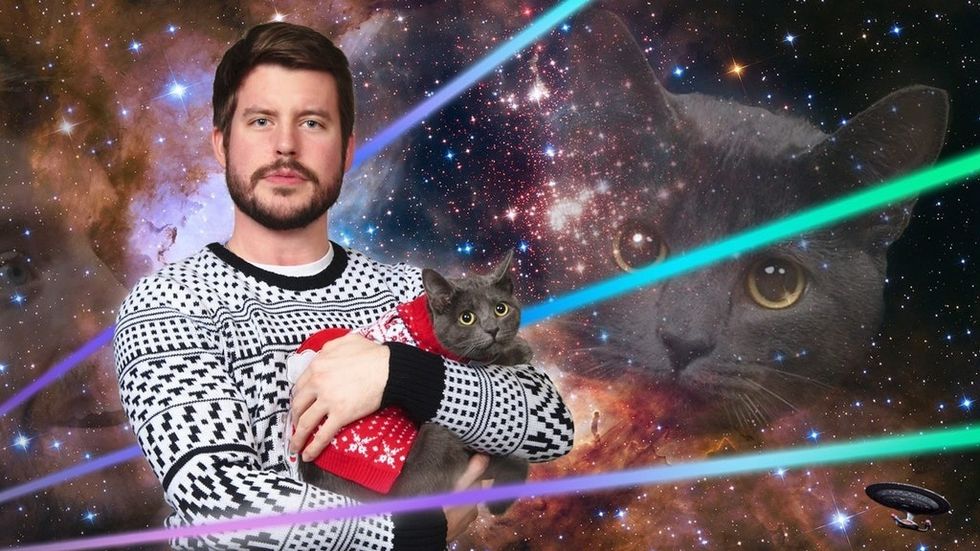 Brannan Doyle, a musician of BeatsByDoyle, took his rescue cat, Marshall Meowthers, to get some professional photos taken for the holidays. They chose the Star Wars theme and donned the purrfect sweaters for the occasion.

Before they found each other, Marshall was a lonesome little stray wandering around outside Brannan's office.

The little feline walked up to the guy in the parking lot, hopped into his lap and started to cuddle. 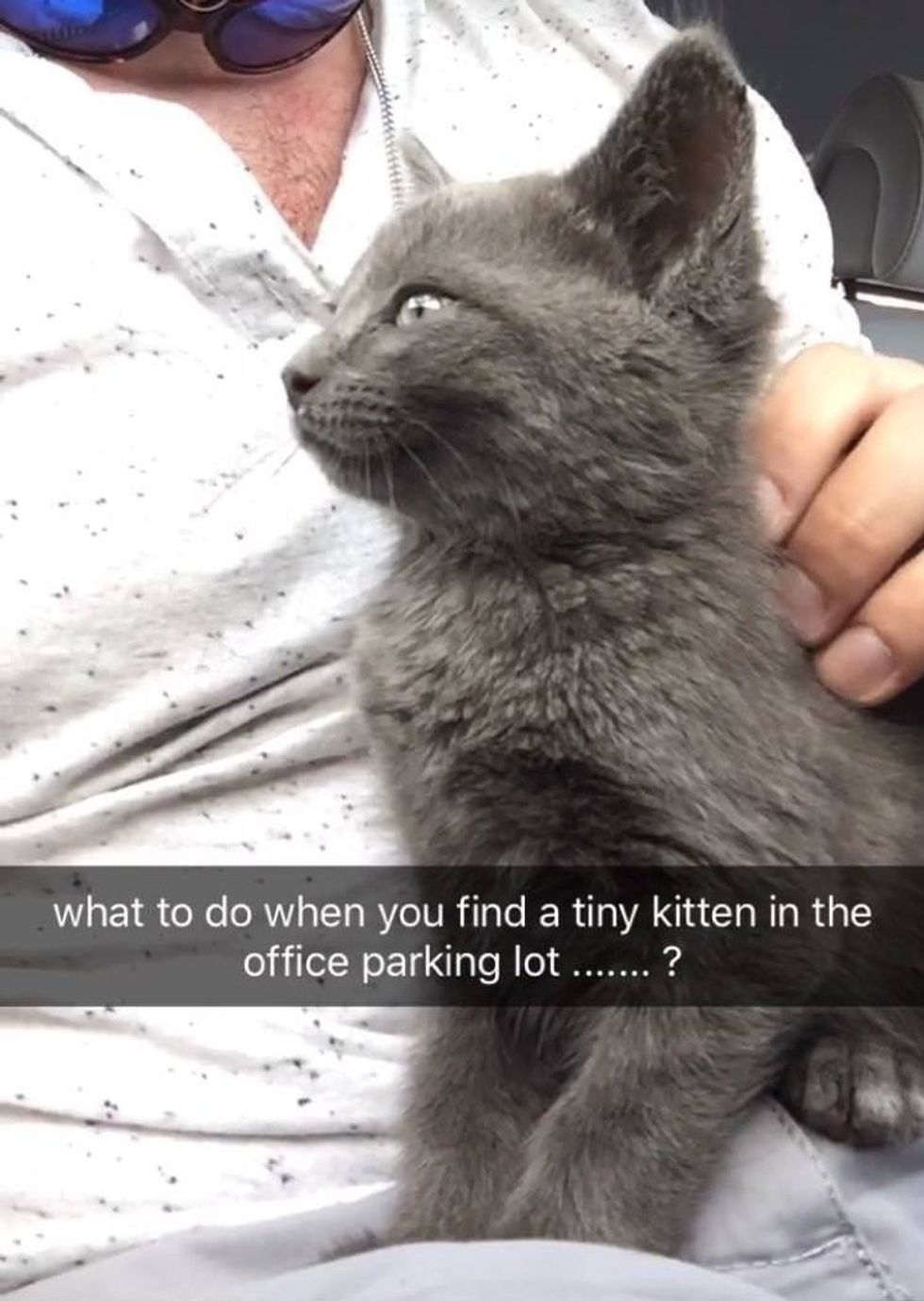 "He turned out to be the chillest kitty ever," Brannan said via reddit.

Marshall loves to keep his human company at all times. 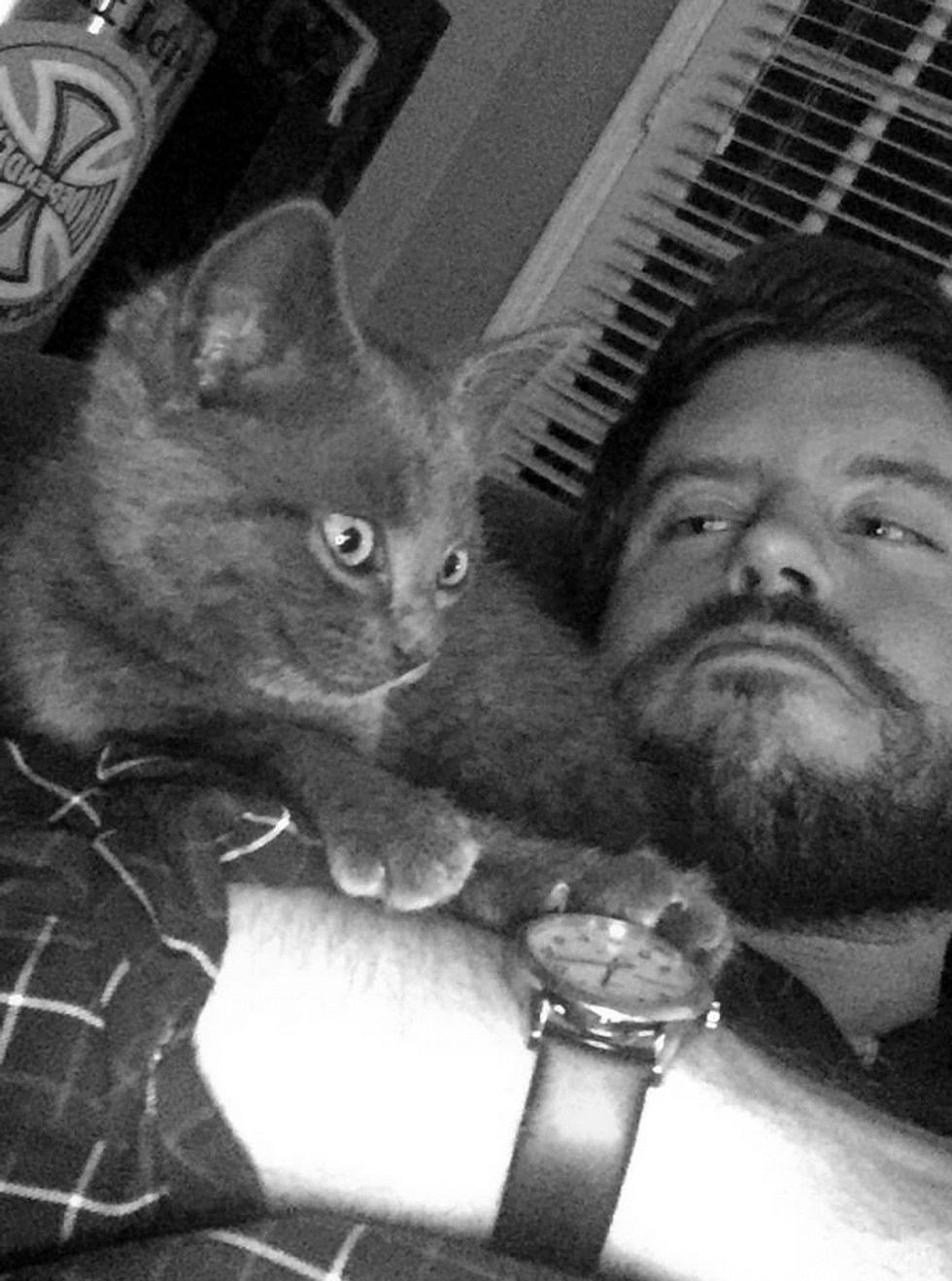 He became the king of his kingdom and his human's best friend. 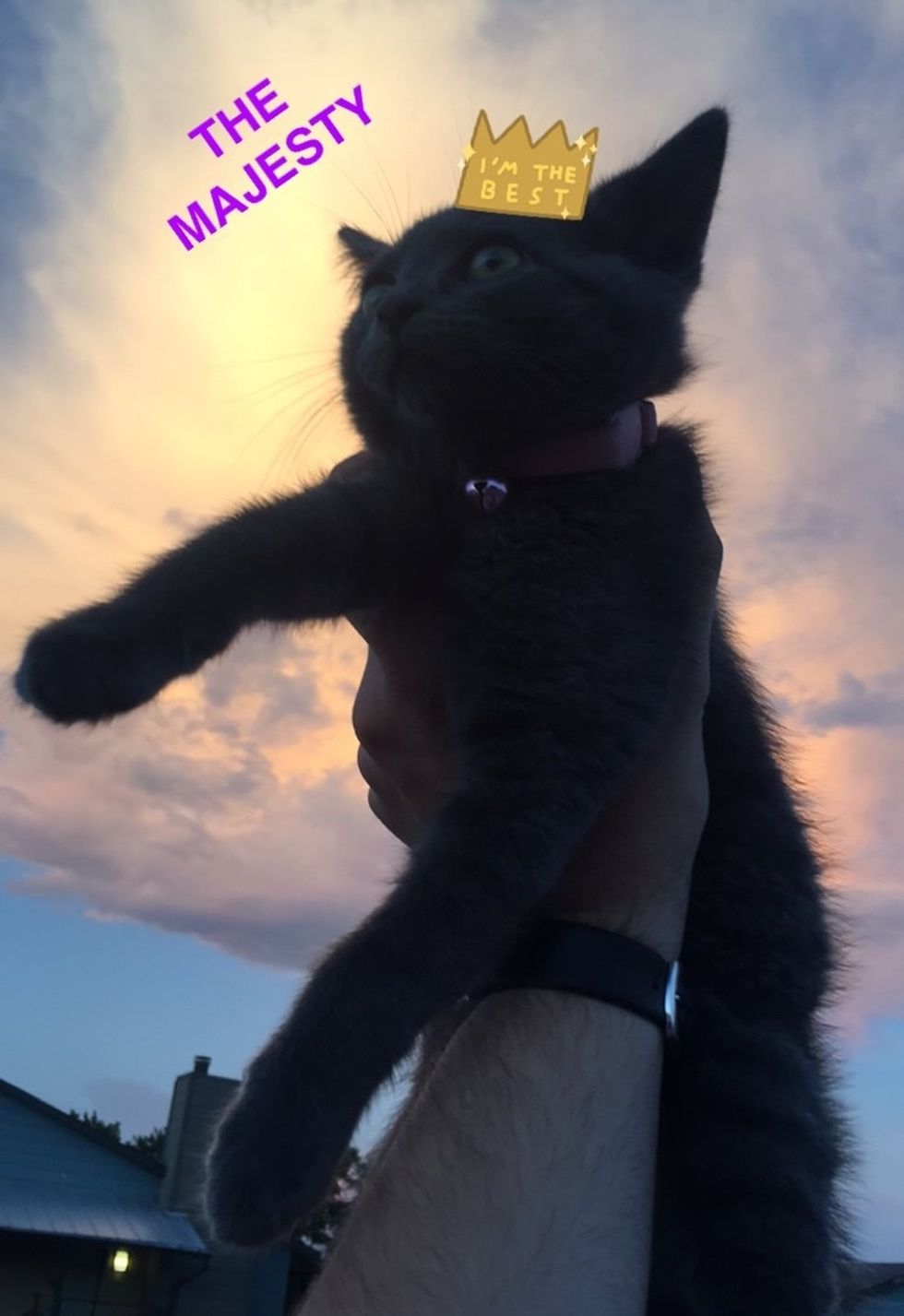 Now seven months later, Marshall has grown into a handsome cat, a snugglebug.

Nothing makes him happier than cuddling with his Cat Dad. 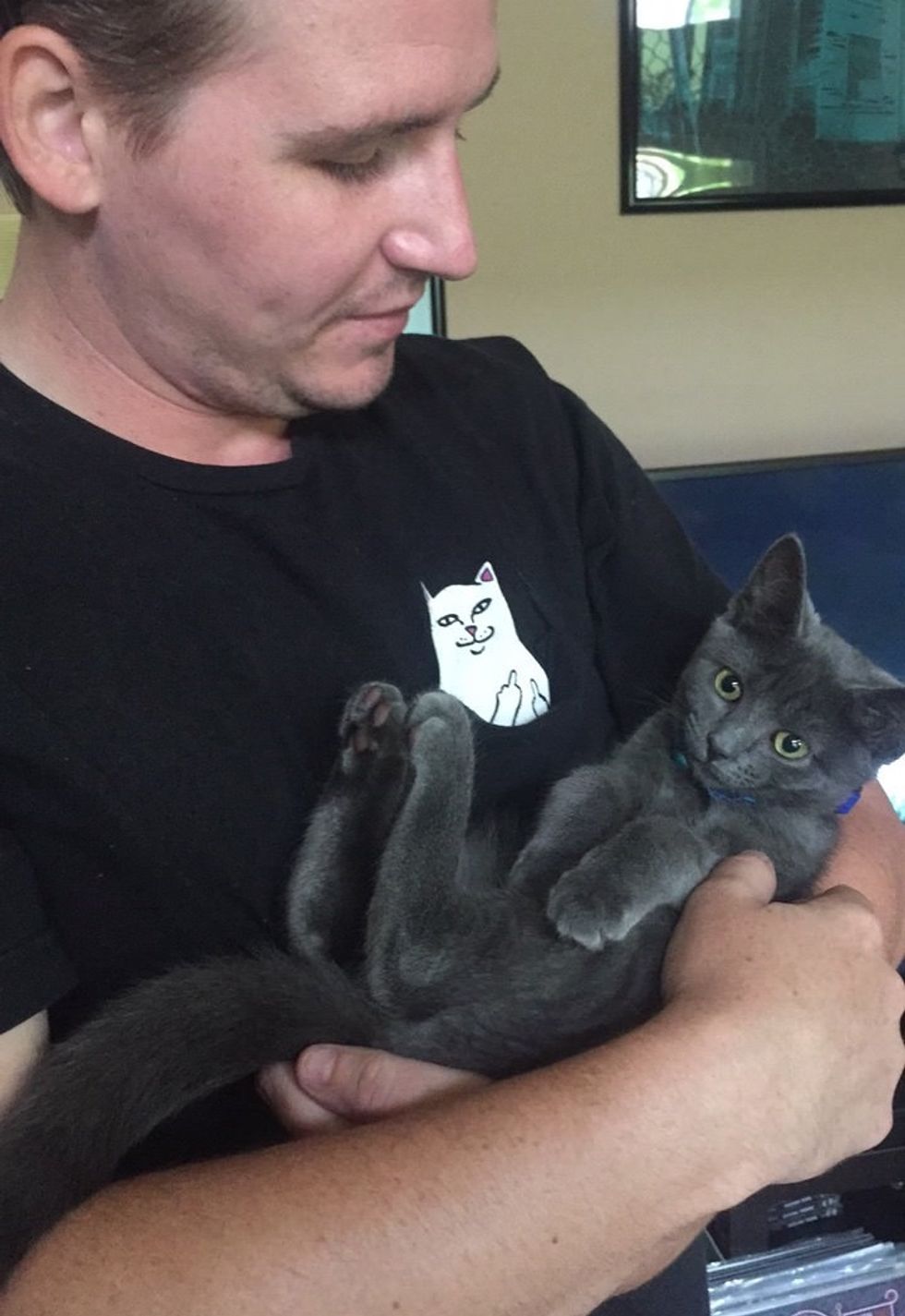 The kitty from the streets has come a long way.

"He's got a great black lab sister who taught him everything he knows -- and about to move in with his new big brother Obi Wan Catnobi!" 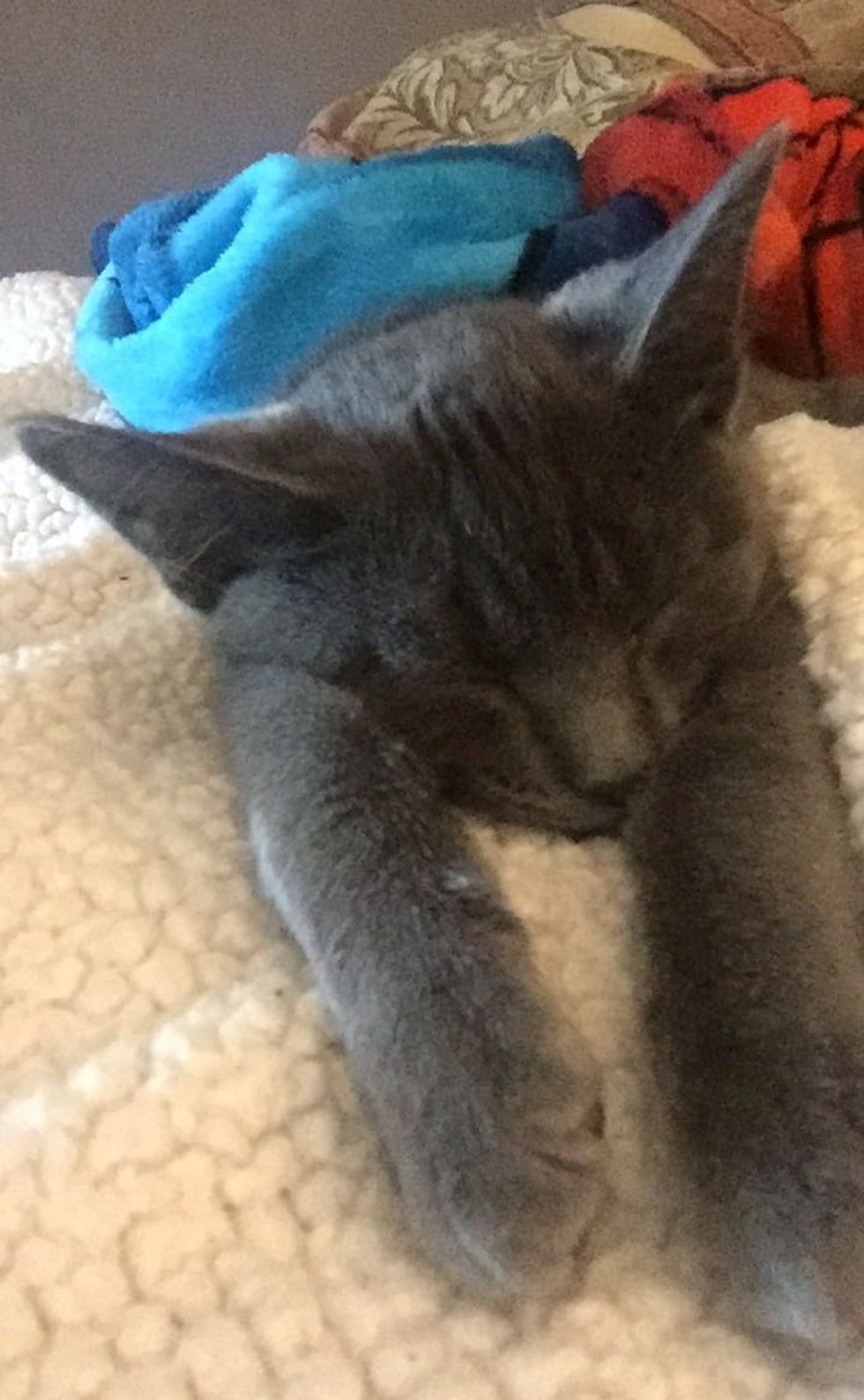 The photos turned out furbulous!

With Marshall's favorite laser beams and lots of cuddles, it's safe to say that the photos are Kitty approved :). 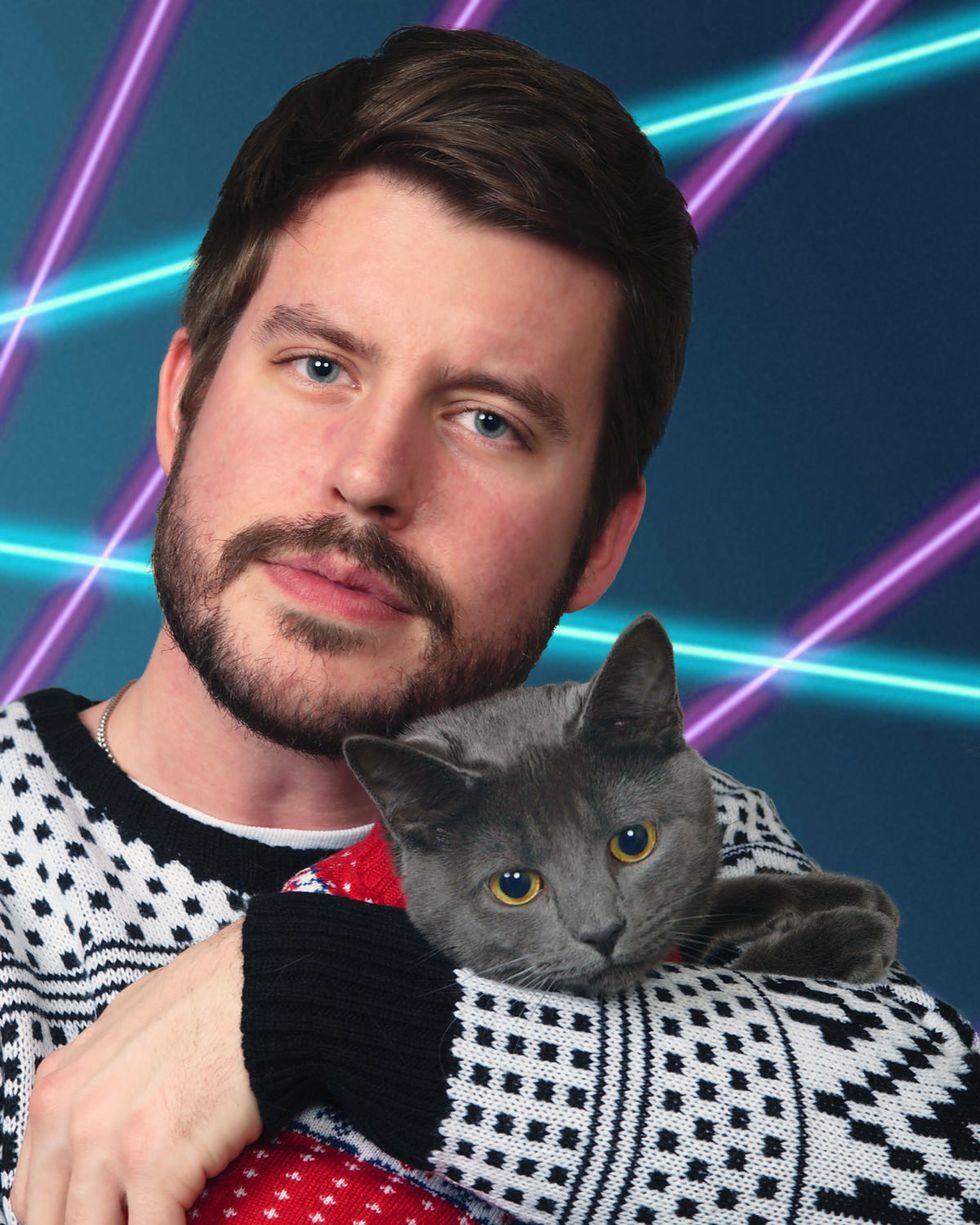 "Happy Holidays from me and little Marshall Meowthers," Brannan said. 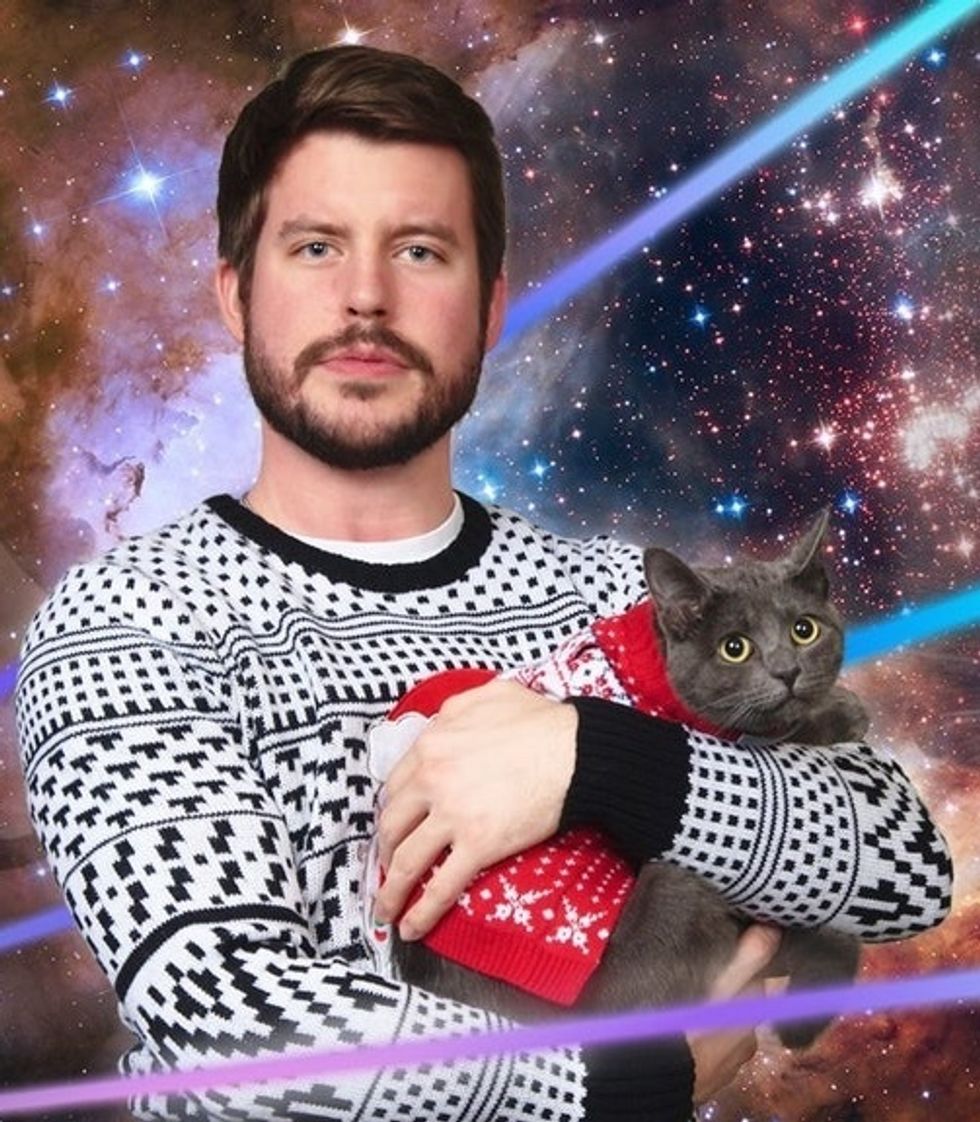 Related story: "I got professional pictures with my cat but they ended up looking like engagement photos"