Cat Guy Never Gave Up His Cats for Nearly 20 Years Even to the End..

Two super senior cats know what it is like to be loved. They have been adored and cherished for two decades by a man who rescued them from a rough beginning. 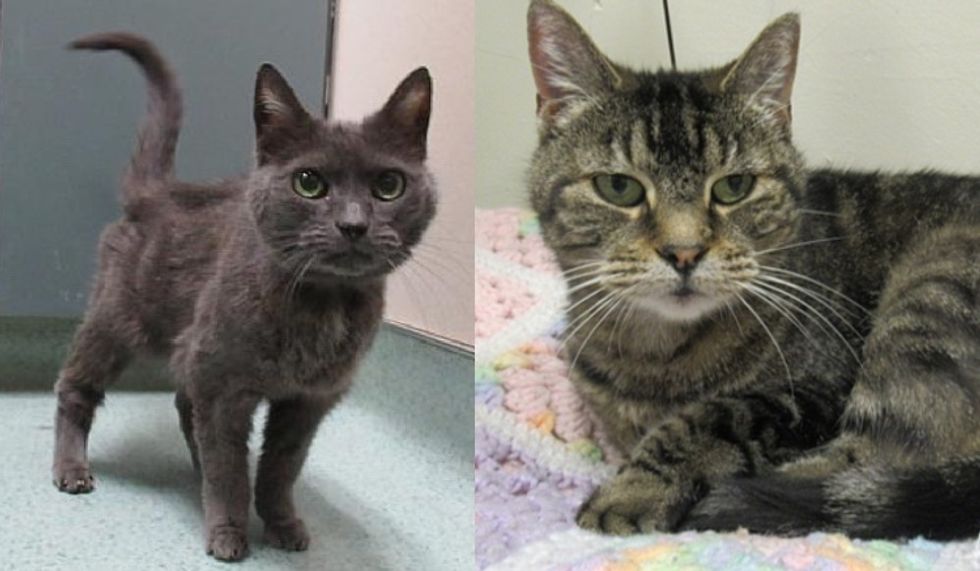 Stephen Swearingen was never a pet person until one day (over 30 years ago) he came across a tiny kitten named Erin who needed a home. He wasn't planning to have a cat, but when they returned, the kitten was still there, so he took her in. One thing led to another, when Erin was at the vet one day, Swearingen met two other cats that had been abandoned. They were Cali and Chelula, and they became part of his life.

In the years that followed, the kitties kept him company and never left his side when he was at home. They sat with him, napped with him, and always reminded him that he was loved. Erin passed away but Cali and Chelula continued their life journey with Swearingen.

Swearingen, at 60, who had been battling diabetes, fell really ill. He never feared death, but he worried about his two cats and what would happen to them. They meant the world to him. When he knew his days drew near, the first thing he had in mind was his cats. 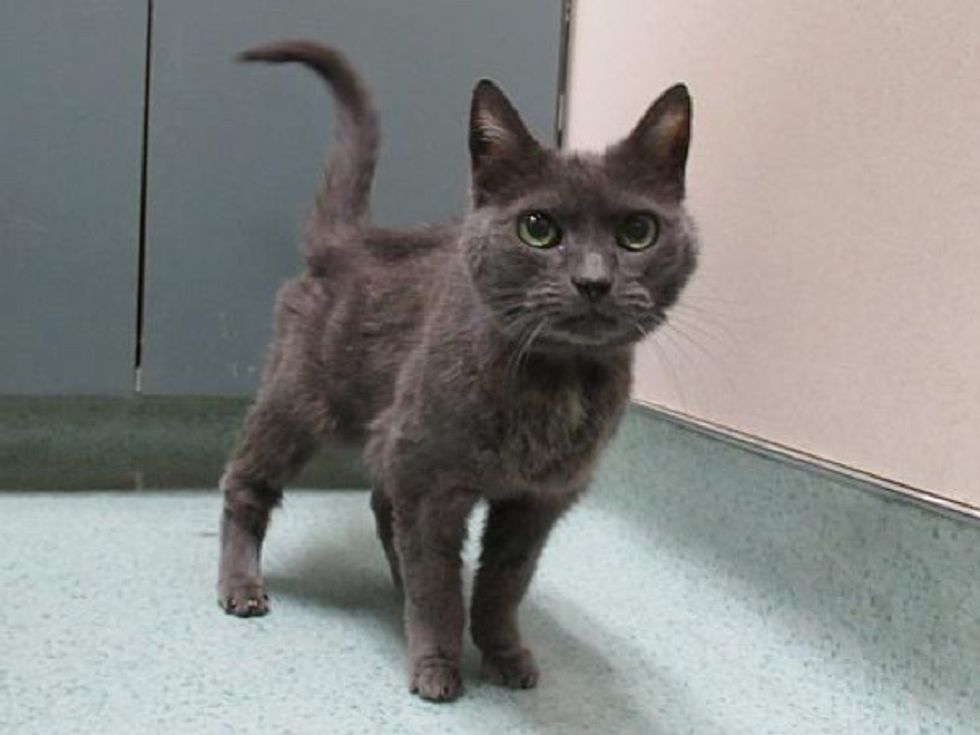 He wanted to make sure that his cats would be cared for and loved when he could no longer look after them. That's when he joined the Friends Forever Program at the Oregon Humane Society to begin planning for his old gals so they could live out their golden years being loved and comforted.

When hospice workers came to Swearingen's home in late January, every day he shared stories about his cats and how much they meant to him. It brought him joy.

"This man certainly knew how to give and receive love from animals," Sarah Wheeler told Tom Hallman of Oregonlive. "The unconditional love, the simplicity of the relationship. He took such comfort from them." 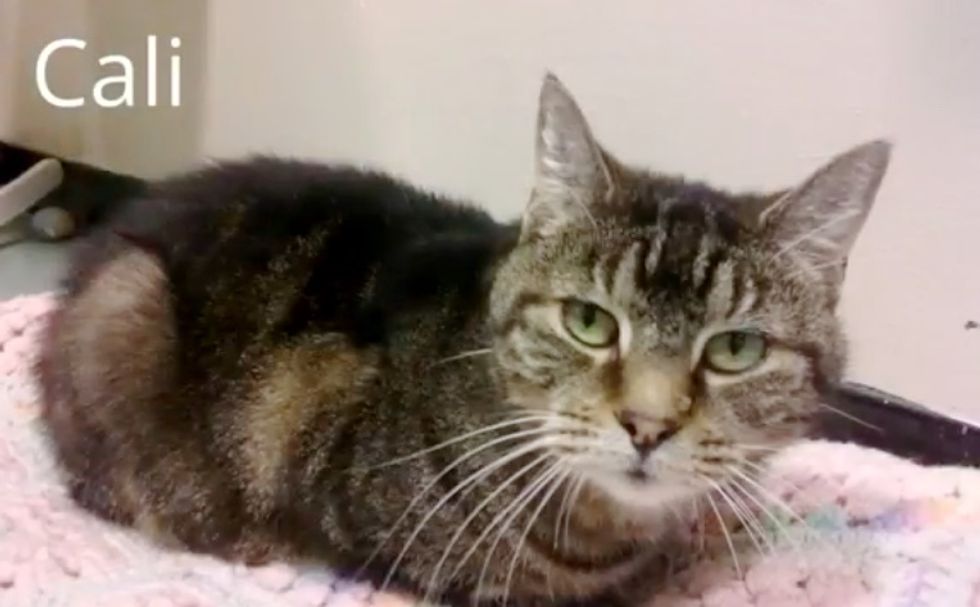 As his time drew to a close, Swearingen requested to be baptized before he departed. The two kitties stayed by his side the entire time, purring away. "I sensed that life had not always been easy. With his cats, he found a powerful love," Chaplain Curtis Buthe told Hallman.

"The cats didn't mind the water splashing around… Even when they got some water on them, they stayed with him."

A few days later, Swearingen had to be moved to a care center when he became gravely ill. Humane Society came to pick up his cats and assured him that his fur children would be in good hands.

He gently petted his beloved feline companions for the last time and said his goodbye. 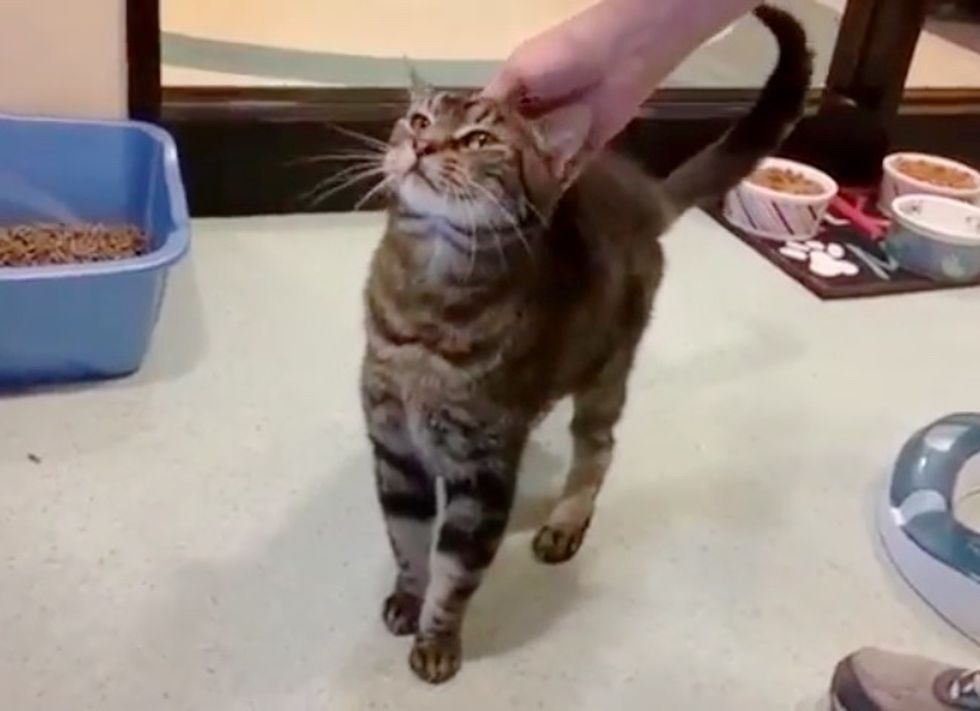 Cali and Chelula were given a second chance at life when they met their human dad, and they returned the favor by giving him the warmth and connection that he needed to live a full life.

When Swearingen knew that his cats were going to be cared for and loved, a sense of peace came upon him, and he knew that he was ready to move on.

Five days later, he passed away on Valentine's day.

With help from the Oregon Human Society, Cali and Chelula are doing very well. "Both cats have been adopted now," the rescue told Love Meow. They are spending their retirement, enjoying the finer things in life, and being surrounded by love and comfort--just like how Swearingen wished for them.

Related story: Couple Takes Two 21-year-old Bonded Cats Out of Shelter So They Can Spend Their Golden Years in a Loving Home