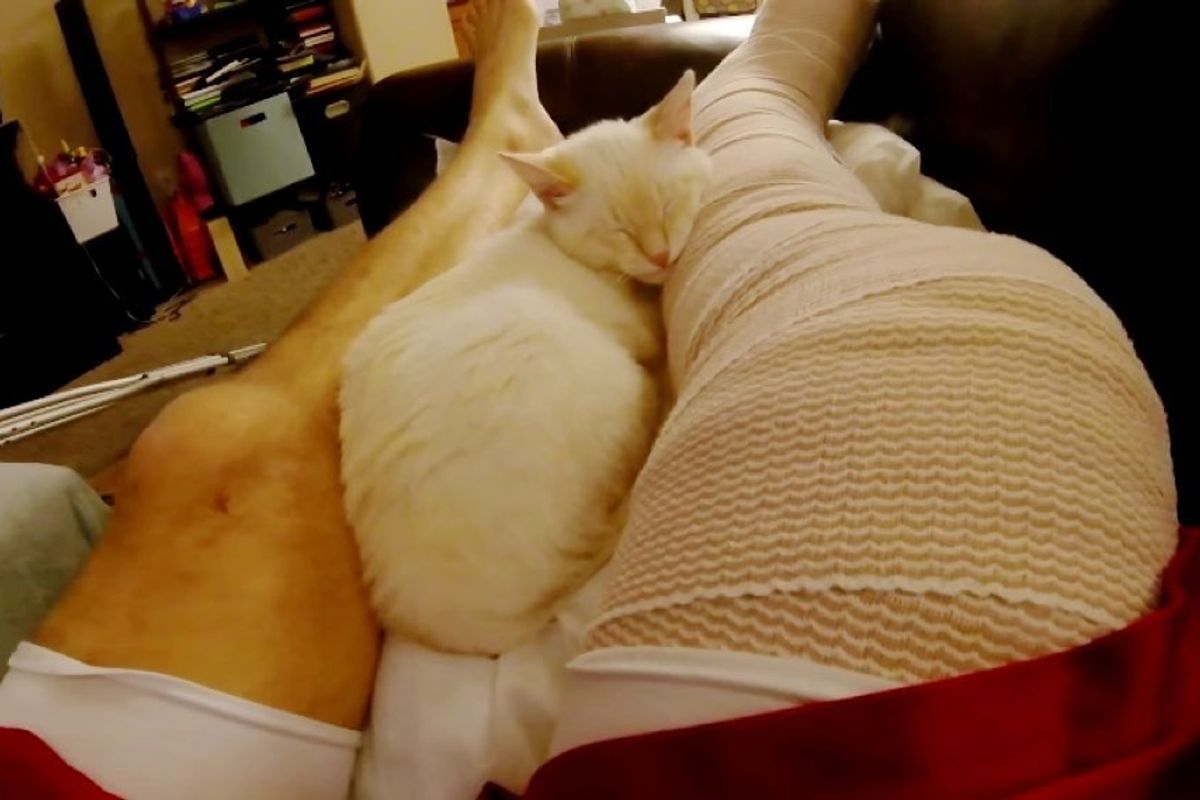 Lazarus the cat hasn't left his human's side since he returned home with a broken leg. He's helping him heal with all the purrs and snuggles he can supply.

The kitty who was found frozen in the snow, was given a second chance at life by the family and now he is returning a favor by sending healing power to his favorite human in the world. 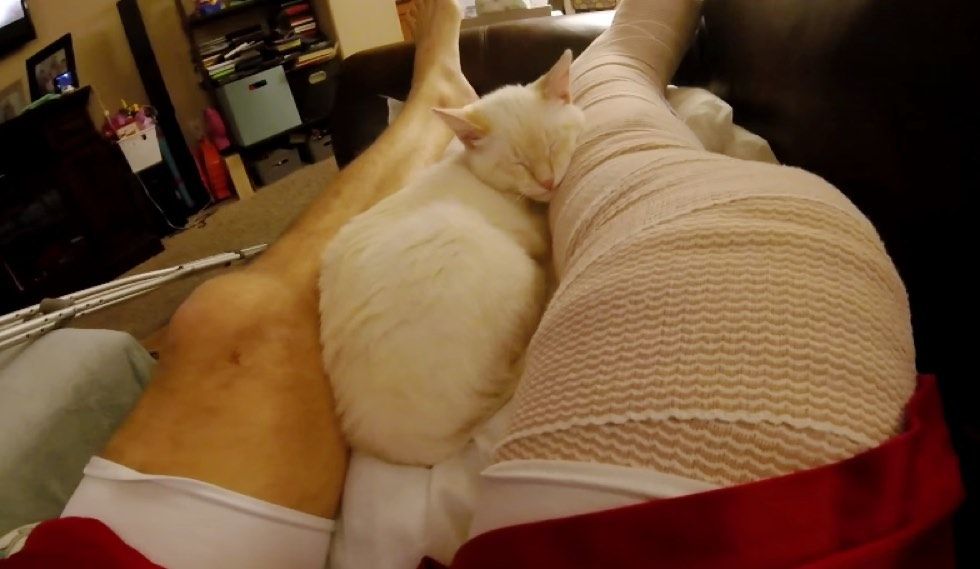 "He has been the best recovery companion anyone could ask for. He's more mellow and just feels aware of what's going on," Branden Bingham told Love Meow.

"It's like it's less about him and more about me. Sometimes with cats it's about them and when they want to give YOU attention. But since I got home all that's out the door and he's just there by my side for anything, no matter what, and no matter what mood he's in. It's the cutest thing!"

Lazarus has prescribed his human a heavy dose of purrs and cuddles. 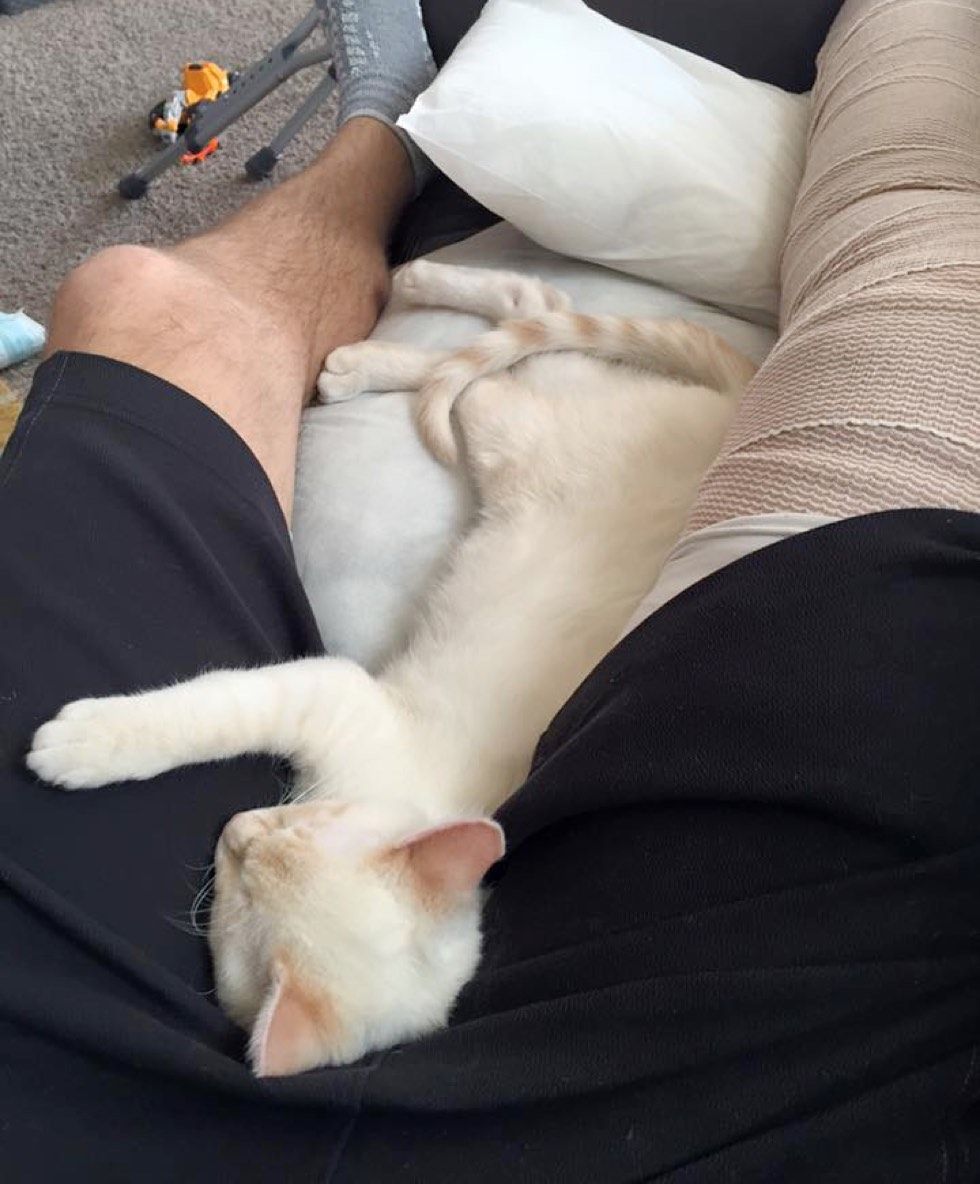 "And my wife said all four days I was gone (at the hospital) he just kept meowing and waiting in places I would normally be. And people would come over to visit and he'd run to the door (which he doesn't normally do) to see if it was me and then be super bummed when it wasn't. Just the sweetest little stud," Bingham told Love Meow.

Nurse Lazarus is checking on his human, making sure he's feeling ok. 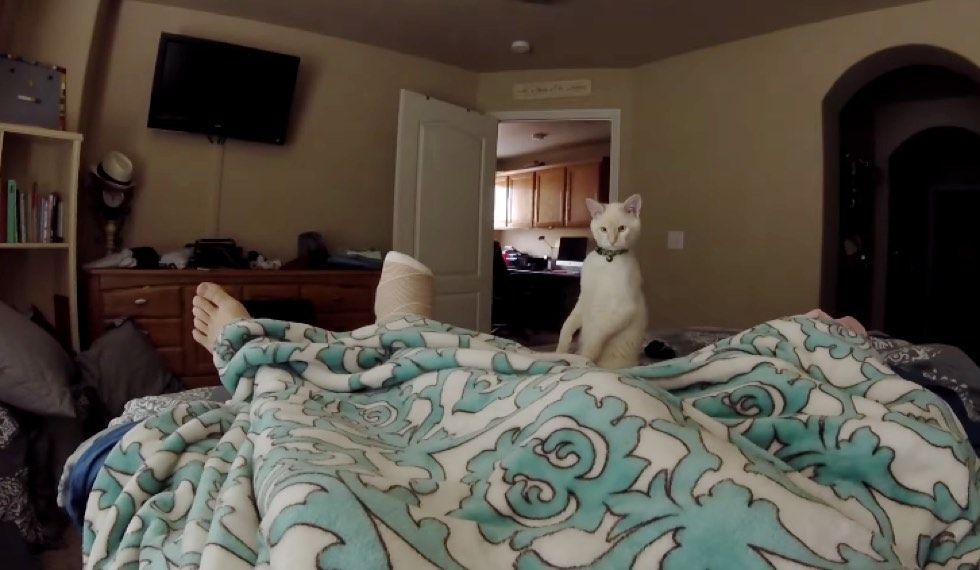 He hops on the bed to offer some kisses while his human is bed ridden. 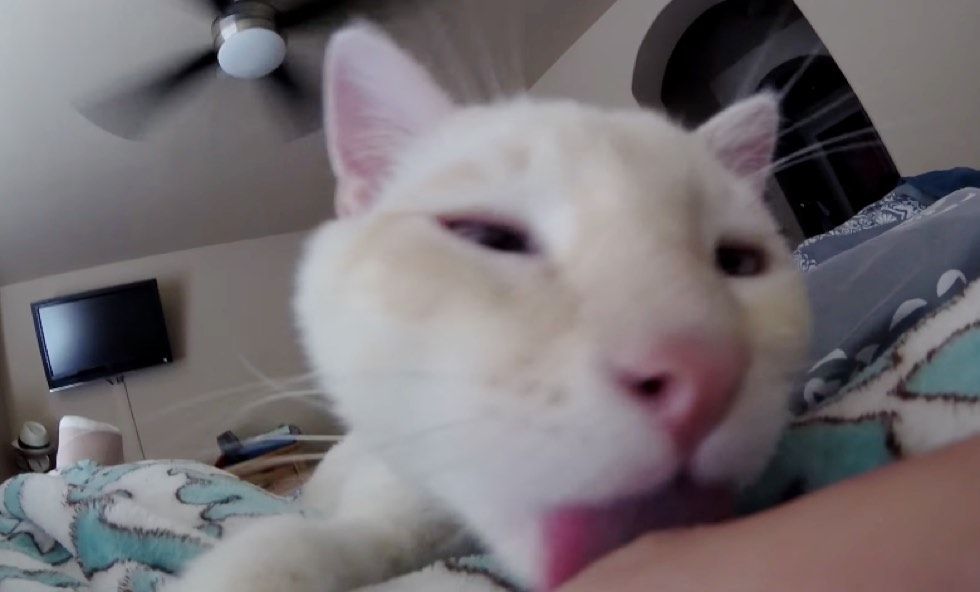 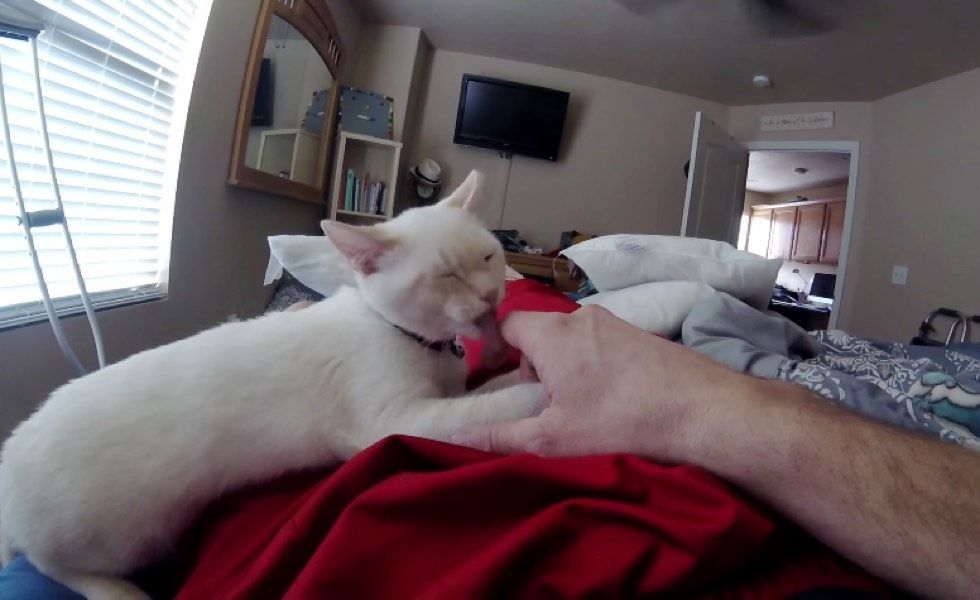 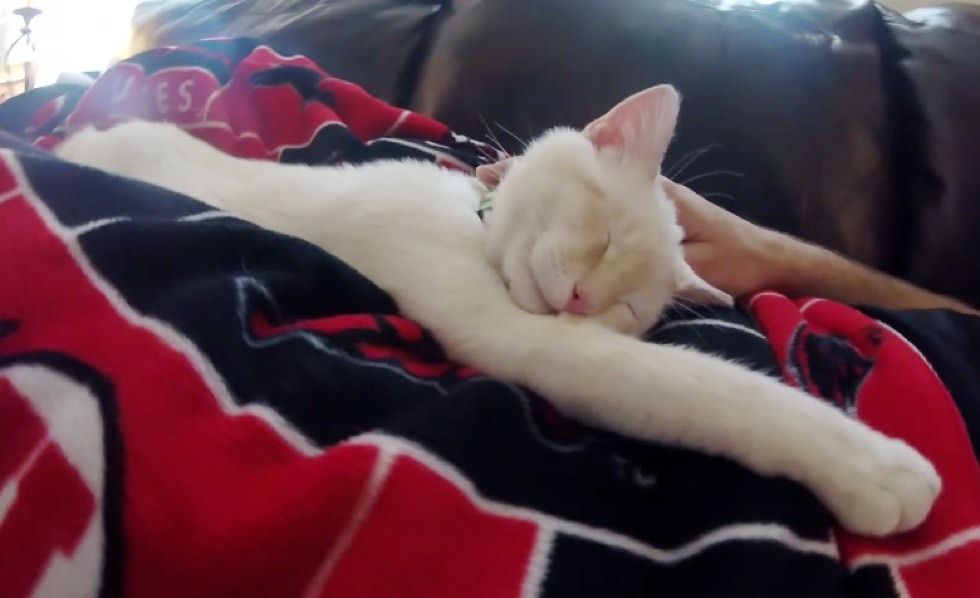 Cats just know when you need some extra love :). Share this cute video!