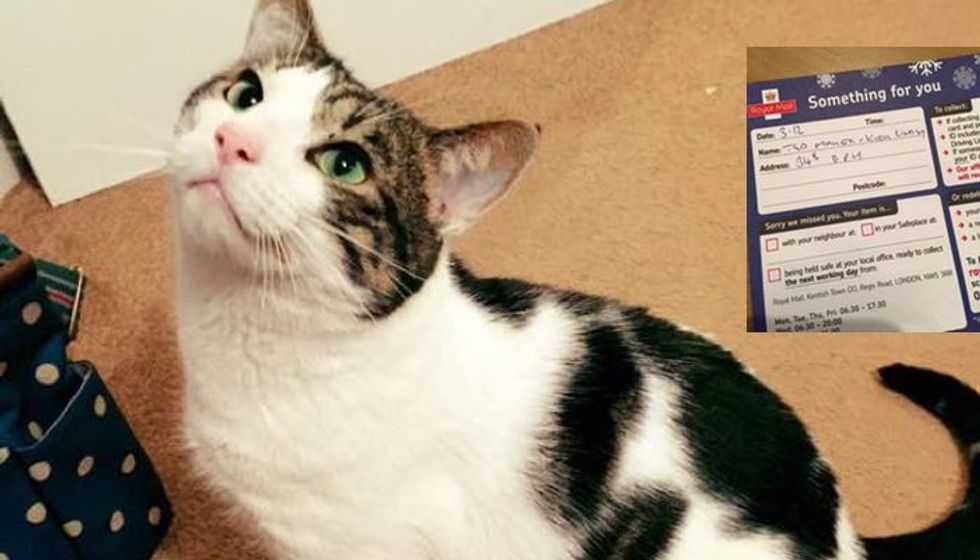 A tabby cat named Ted was dragged into some bureaucratic red tape when his family mailed him a nice holiday package but he couldn't claim it because he didn't have ID.

Ted's human Brittany Maher-Kirk missed the delivery so went to the post office, but found herself in a bit of a pickle.

"So my mum posted the cat an advent calendar. Unfortunately, we missed the delivery and the post office won't give it me as the cat does not have ID," Brittany shared the story.

"I’ve got to ring up the Post Office Head Office and explain that my mother has sent the cat an advent calendar, addressed to the cat, and he can't pop in to pick it up himself or lend me his ID to do it for him…"

The post office said they were "under no obligation" to give her the package and suggested she visit the depot and explain her case.

When she shared her story with the employees, they were all amused by what happened. She even offered to show them photos of her cat. "But they said that they believe me, as no one could make it up," she told Huffingtonpost.

"I spent my morning laughing with the people at the post office about it... They did give it me in the end, but asked why I didn't bring the cat for a day trip to see them! Absolutely ridiculous scenario," she said on Facebook.

When Ted finally received his gift, it made him a very happy kitty.

The calendar is made specifically for cats filled with cat treats. "He loves it — when he sees it he meows and begs for the treat!"