A tabby cat was rescued along with her kittens from an uncertain fate after they were found in a garage. 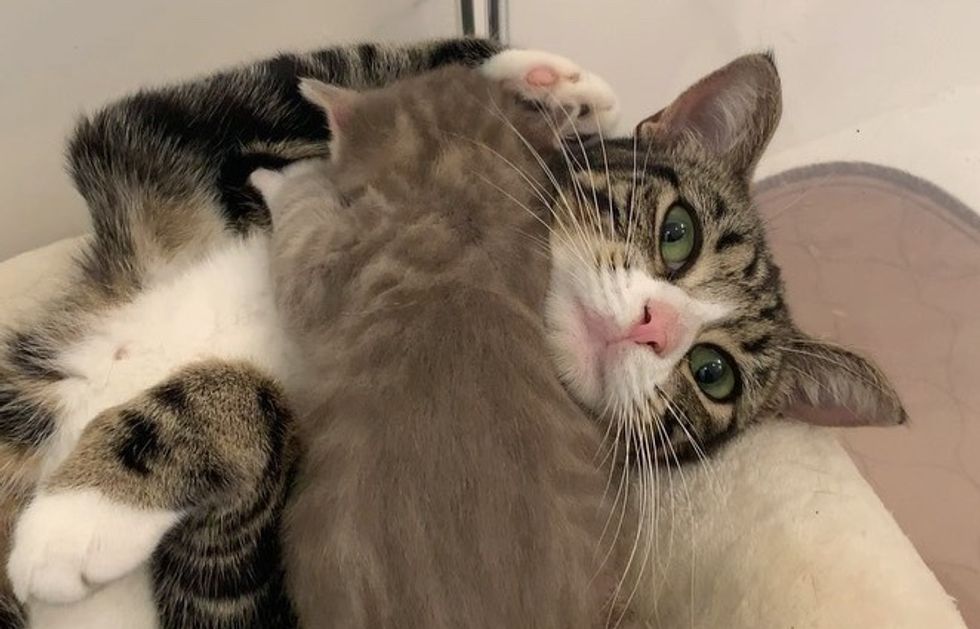 A few weeks ago, Jess Thoren, a foster volunteer of Animal Care Centers of NYC, was contacted about a litter of kittens that had been born in someone's garage.

The kittens were found with their cat mom who had a hard time nursing them. Some of the kittens were not in good shape and desperately needed foster care. Jess had her hands full with two other litters, but since no one else was able to take them in, she knew they had to step up.

The cat mom was very shy when she arrived, and needed time to adjust to the new environment. Two of the four kittens survived. 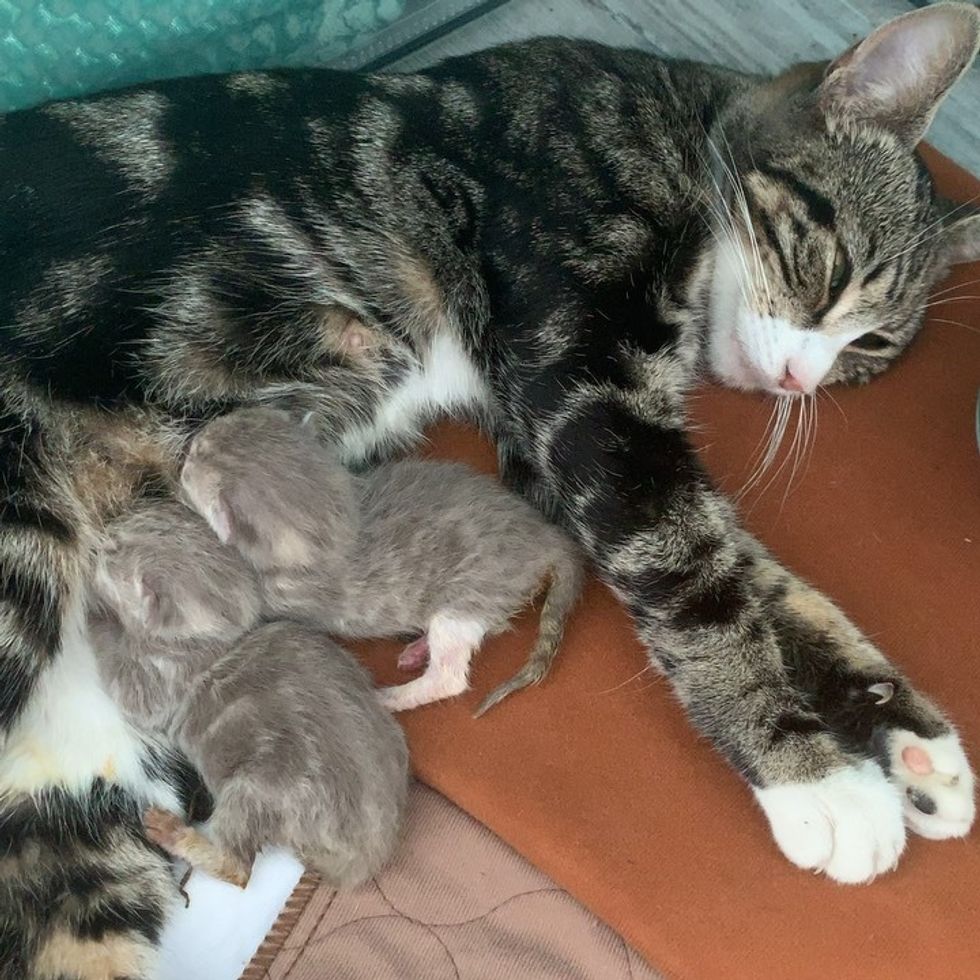 The cat mama didn't know how to care for her babies, so Jess spent the next two days and nights monitoring them, providing supplemental care to make sure the little ones were fed, warm and cleaned.

After settling in, her maternal instinct began to kick in. When she realized she was in good hands, she started kneading nonstop with her front paws. 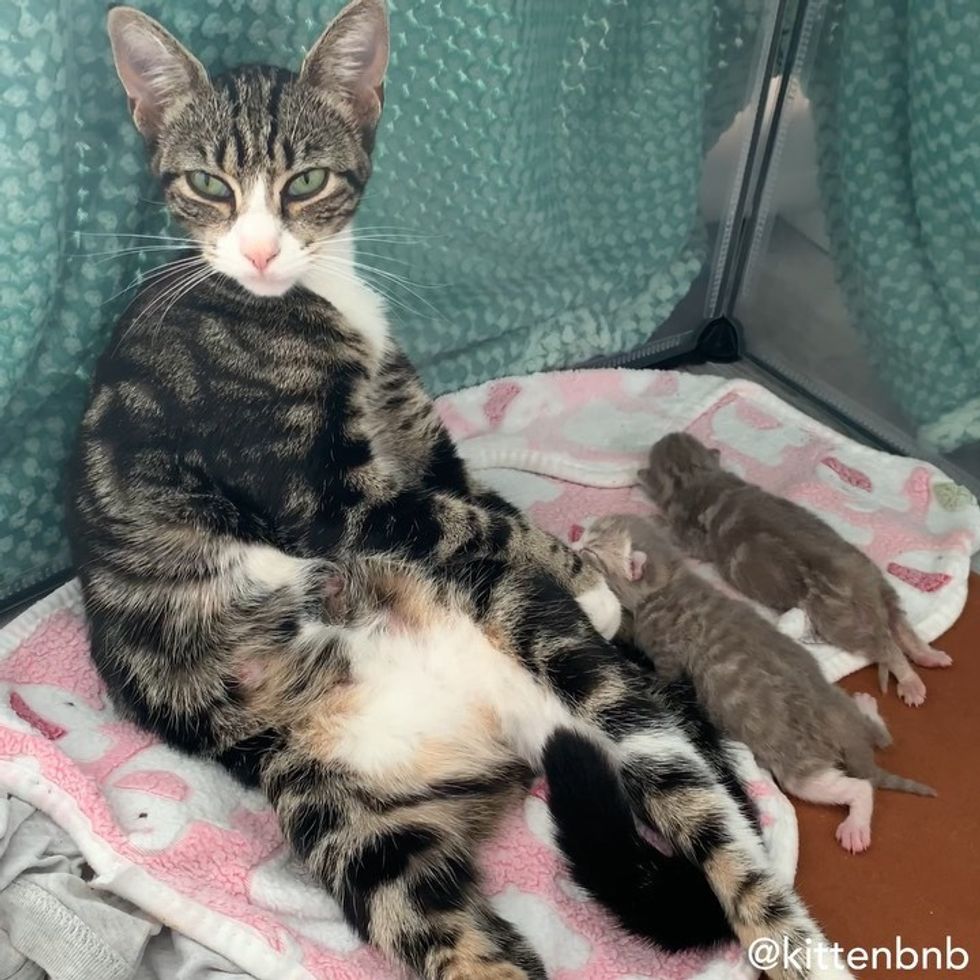 Whenever she is happy, she kneads. She will sit up like a little human and blissfully push and pull her front paws on her soft blanket.

"She may be tired but she is still working hard on those biscuits," Jess said. "She is always making them." 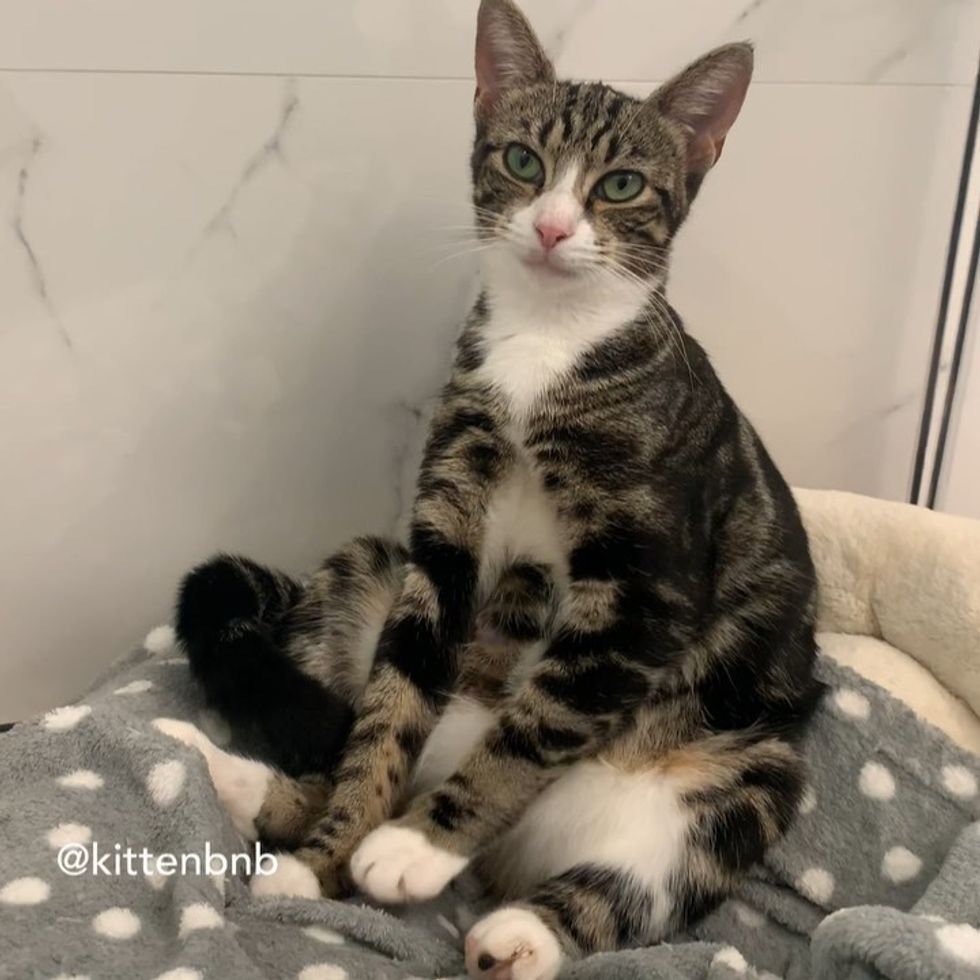 They aptly named her Biscuit and the kittens, Honey and Jam.

Over the next few weeks, the family of three really blossomed. The kittens became little mischief-makers and started to form big personalities. 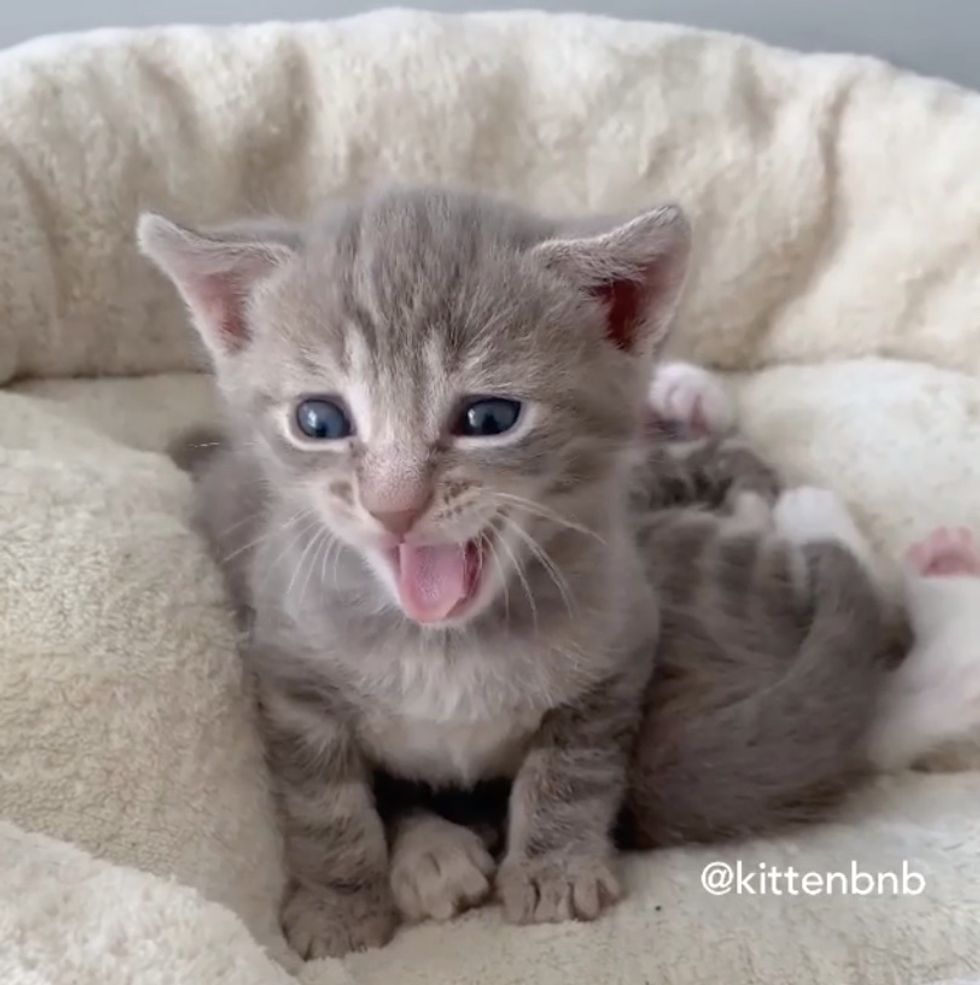 Mama Biscuit is enjoying her VIP life and all the blankets and comfy beds she can knead on.

Watch Biscuit and her kittens in this cute video:

She is ready to retire from motherhood and find a place to call her very own. 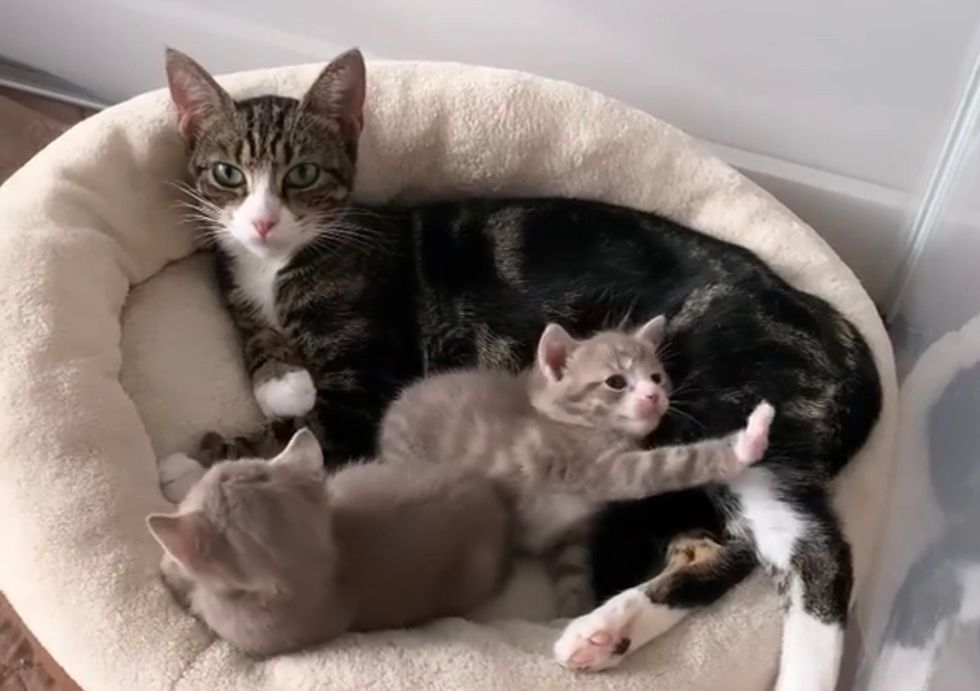 The little family will never have to spend a day on the streets.

They have full bellies every day, plenty of toys to play with, and lots of soft things to knead on. 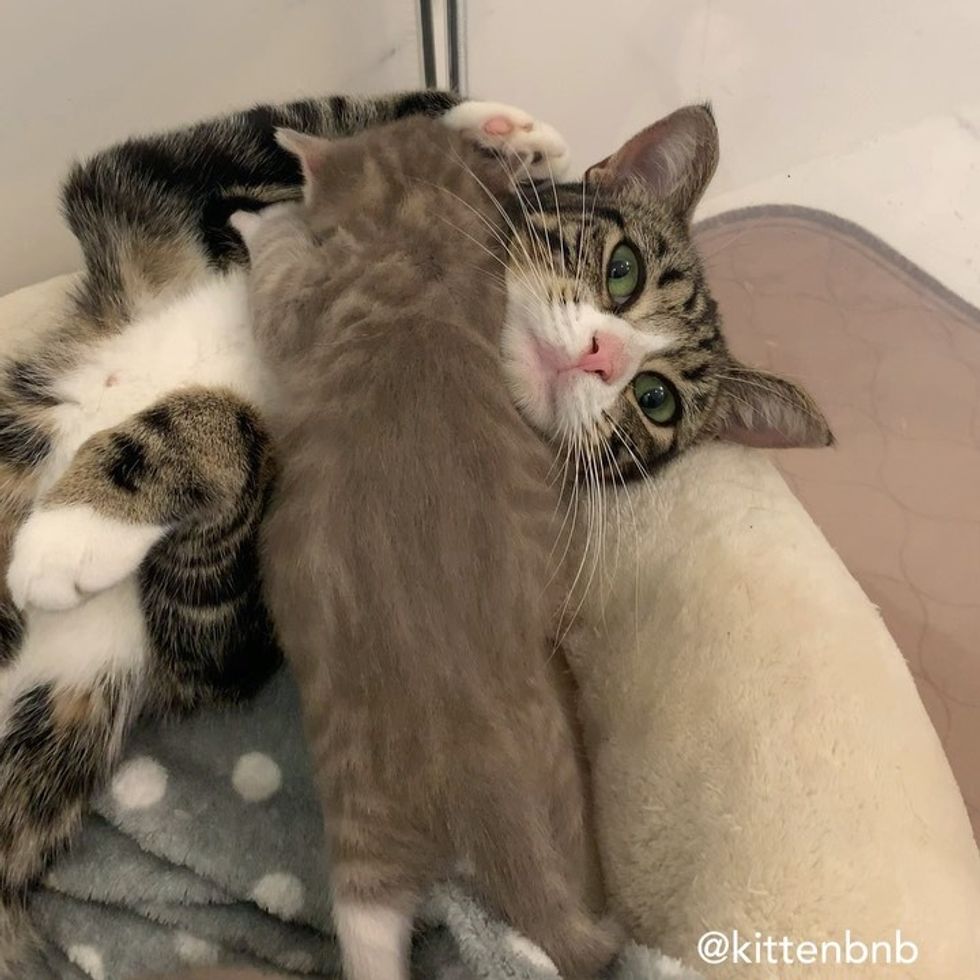 Related story: Stray Cat Comes Back to Woman Who Helped Her, and Takes Her to See Her Kittens