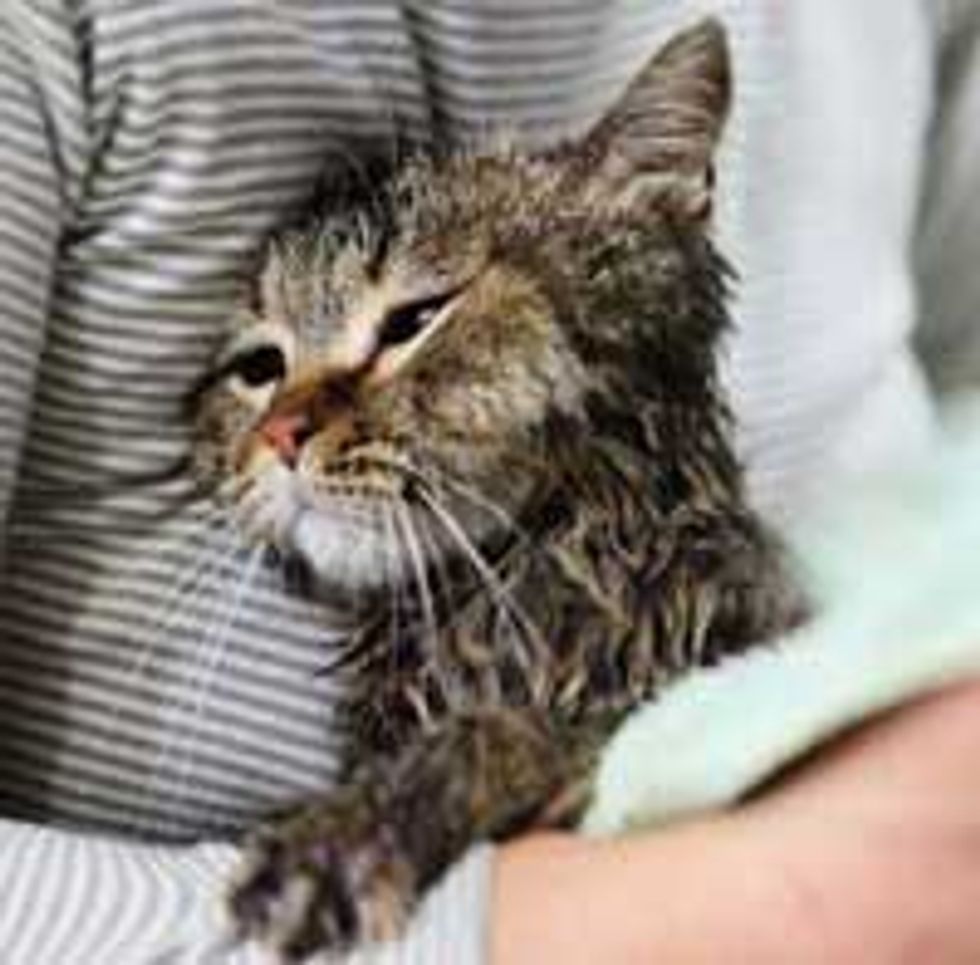 "This kitty is our fourth cat that my mother picked up from the street. Her name is Qinqin," said Lang.

Lang's mother has been feeding stray and feral cats in their neighborhood for quite some time. One day a little tabby kitty came out of nowhere. She was a bit shy and wouldn't eat until the older cats finished eating, then she would come to Lang's mother, rubbing against her legs back and forth and blasting her purr motor. "My mother offered her food, and she would stick right next to her to eat. She never came out for food during the day, and only had one meal at night. This lasted for almost a month," Lang added.

Lang's mother and their neighbor decided to start a TNR program to put the feral cat population under control and reduce the number of unwanted animals. "My mother mentioned the little kitty she met every night and wanted to have her fixed and find her a good home."  They thought the little tabby was most likely abandoned and she was out there for nearly a month, but no one had yet come to claim her. "I was 100% on board and was going to take pictures of the kitty and help her look for a home," Lang wrote.

After they successfully brought the kitty home, she was given a needed bath. "The kitty was extremely sweet during the bath and let my mother wash her without any complaint," said Lang. When they wrapped her up in a towel, she immediately switched on her purr motor and snuggled against her fosterer like a joyous little child who is so happy and thankful to be loved and cared for. "At that moment we knew that we just couldn't let her go and she is here to stay with us forever."