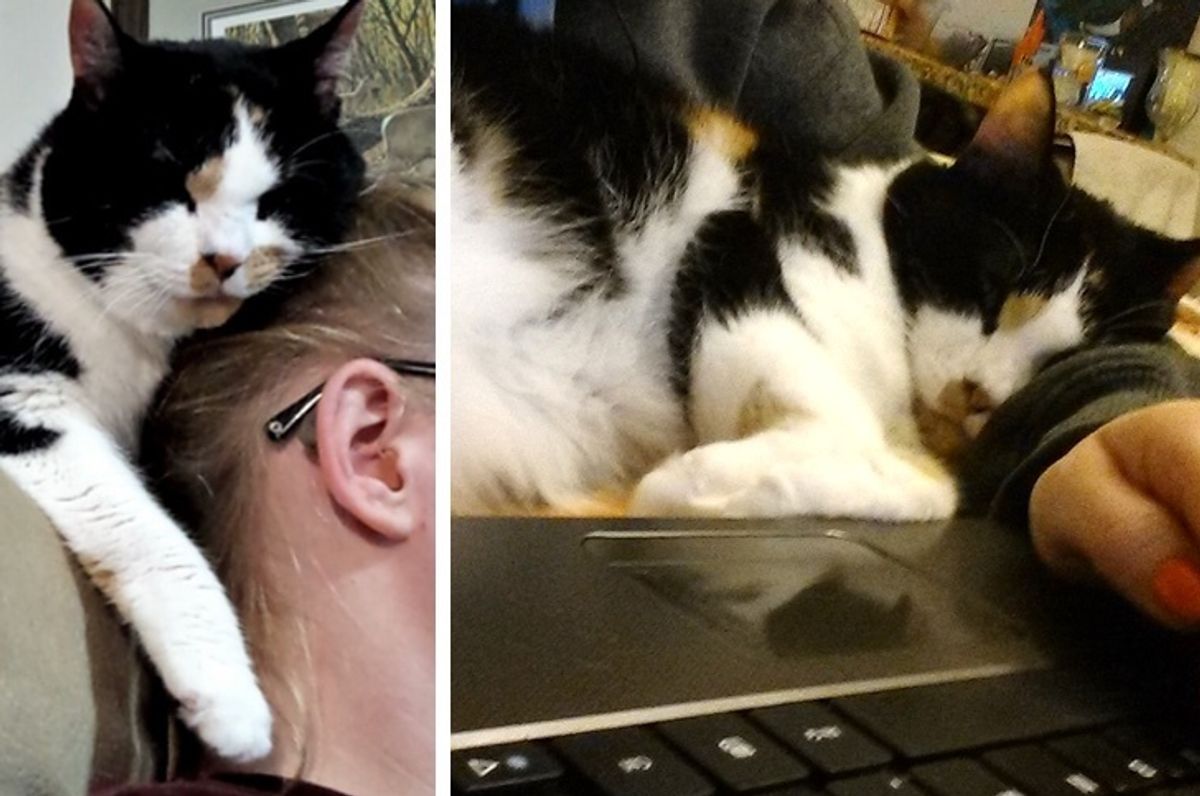 18-year-old Cat Has Been Girl's Loyal Friend, Study Buddy Since She Found Her as Kitten

Anna was four years old when she found a little kitten named Sally at a farm in Northern Minnesota. They gave the kitten a home, and the two became inseparable friends. 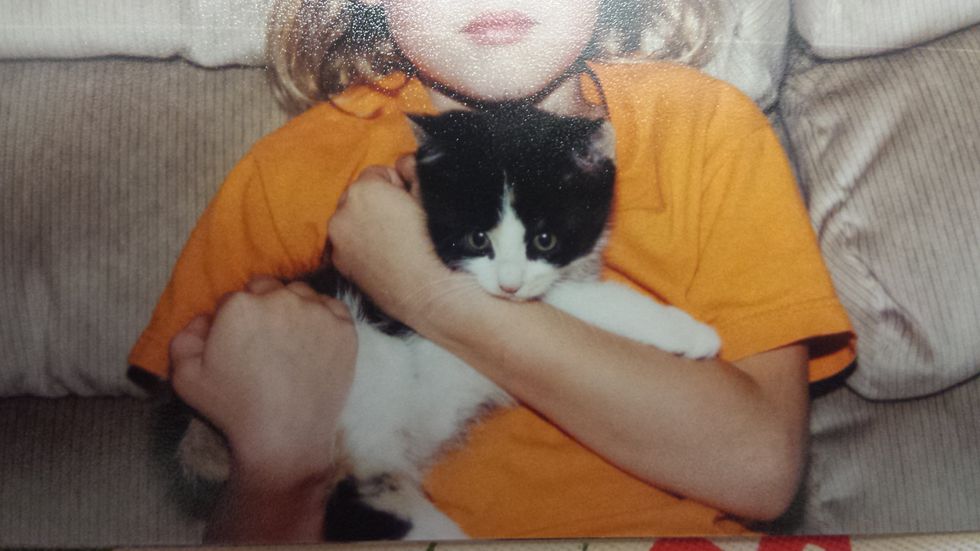 Now 18 years later, Sally is a beautiful senior cat who has been Anna's closest companion and her most loyal study buddy. The two from Duluth (Minnesota) share a very special bond.

After they adopted Sally and her brother, the little calico became very attached to Anna and would follow her everywhere she went. "My sister adopted her brother and but he passed away at the age of 13," Anna told Love Meow.

Since then, Sally has been even clinging to Anna and won't let her out of eyeshot. "She hates when I leave for class but her favorite is when I study, since then I have to sit in one place for a long while." 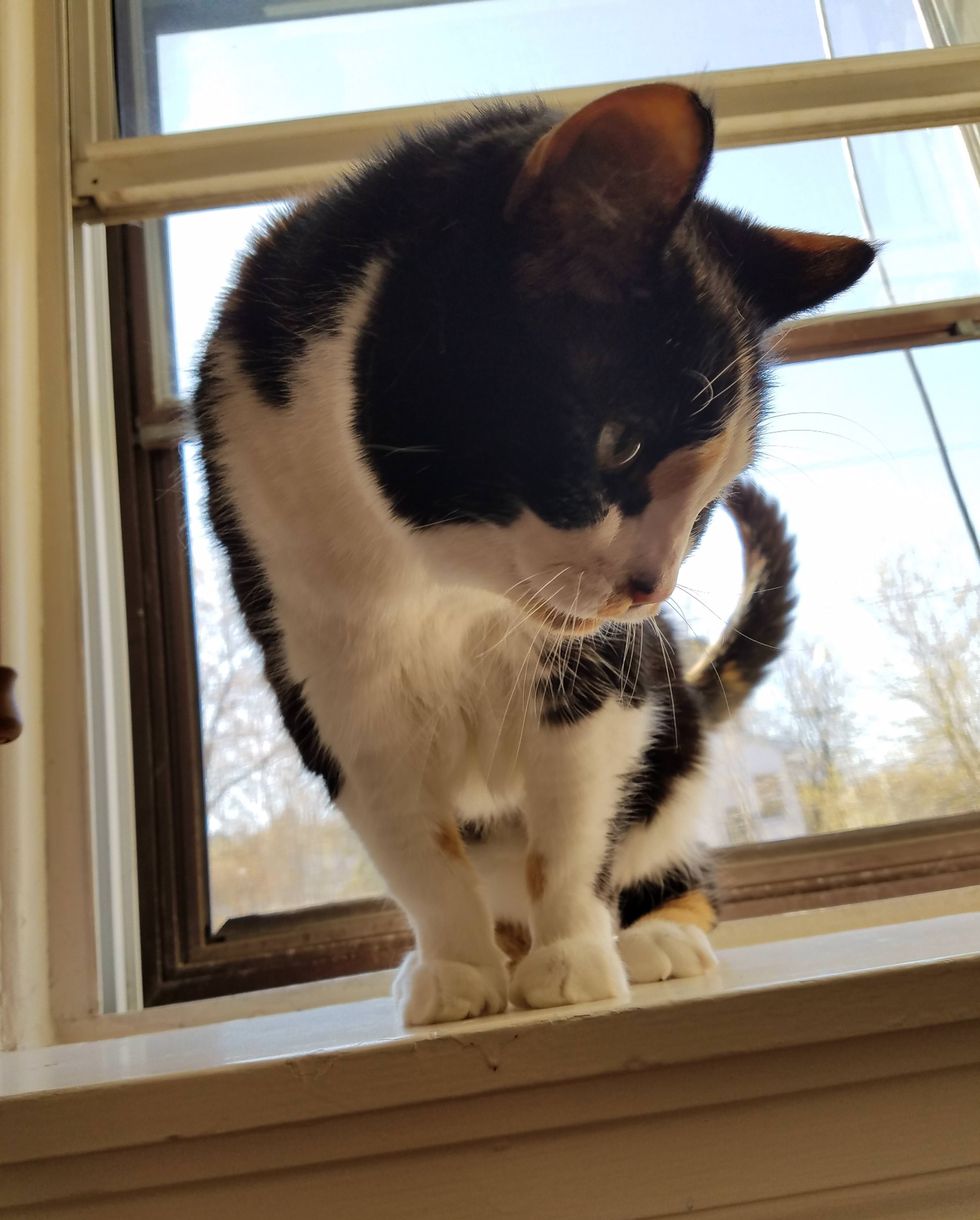 "When I was younger, she used to climb on the table and try to chew my pencils, but since high school and through college, she likes best to be in my lap sleeping, or in a box on a chair next to me," Anna told Love Meow.

Sally makes sure that Anna is never alone when she's on the computer. 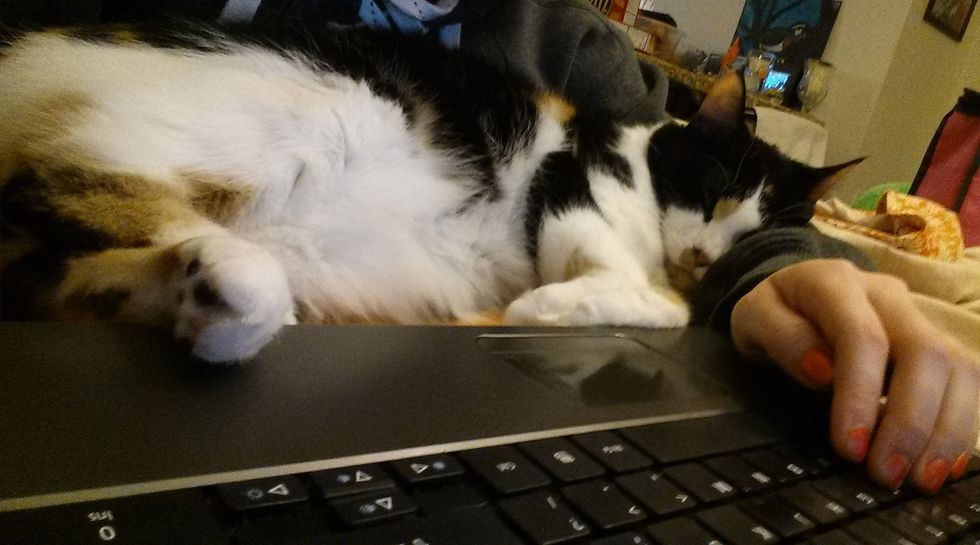 "She purrs a lot when she's really happy… She helped me stay up really really late to study, because everyone else in the house would have left and gone to bed, but she stuck right with me until I was finished." 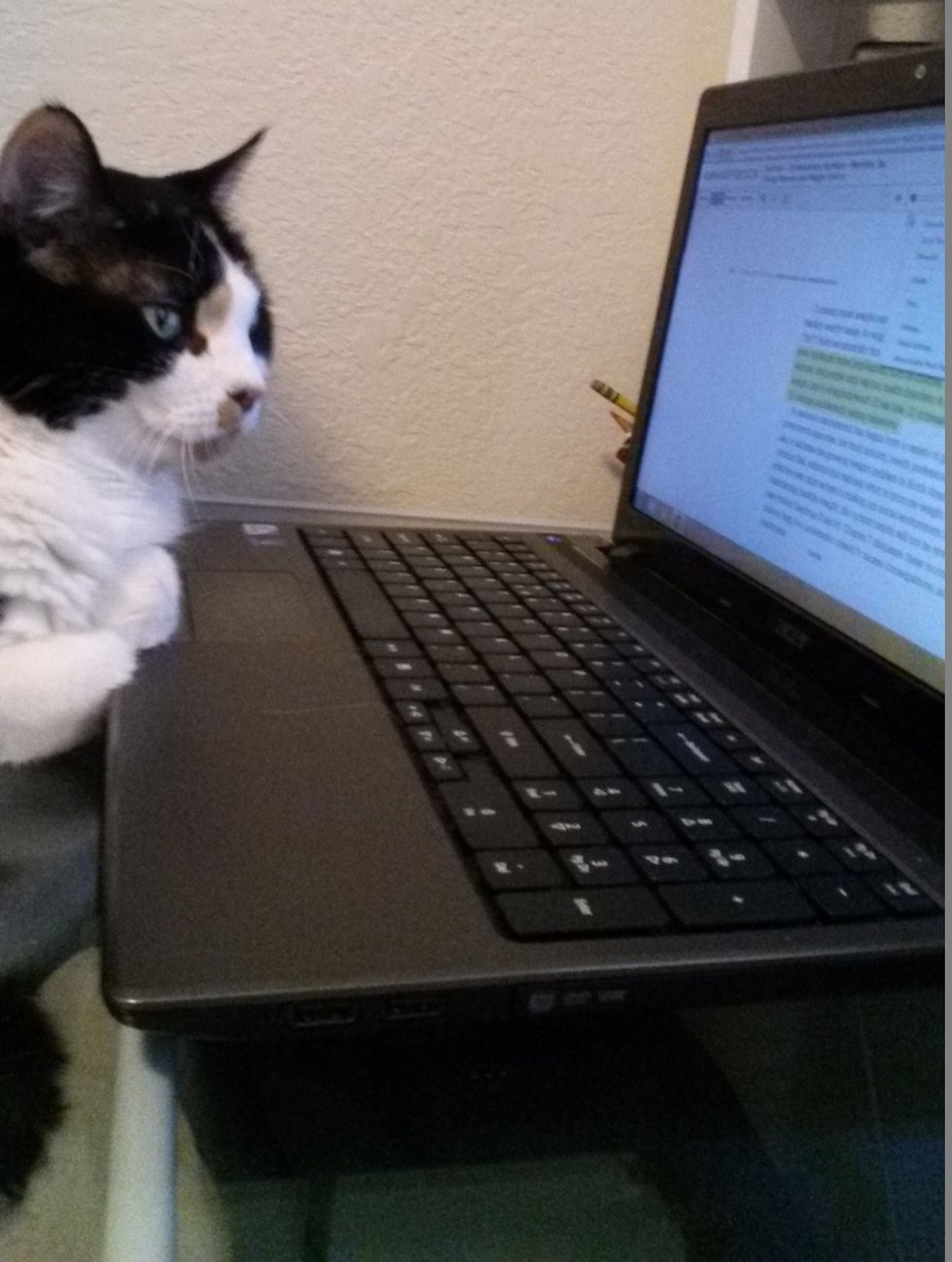 Now at 18, Sally is not as playful as before, but her love toward her human hasn't changed a bit.

When Anna tries to read, her feline friend will faithfully cuddle up to her and keep her company. 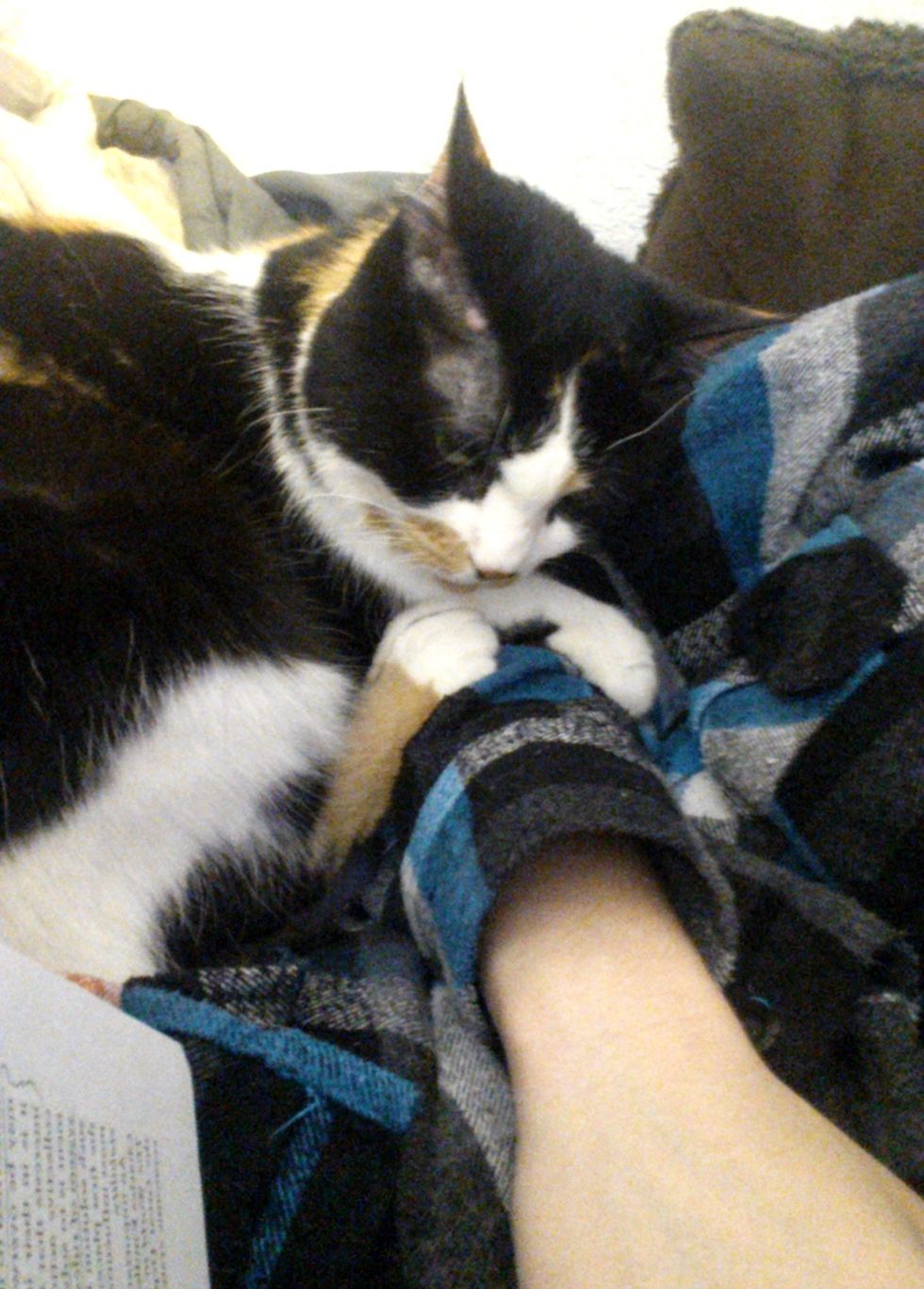 "She loves sitting in the window to soak up all the smells and sunshine. She'll sometimes lay on my backpack to try to stop me from leaving the house," Anna told Love Meow.

It was always difficult to leave for school in the morning. 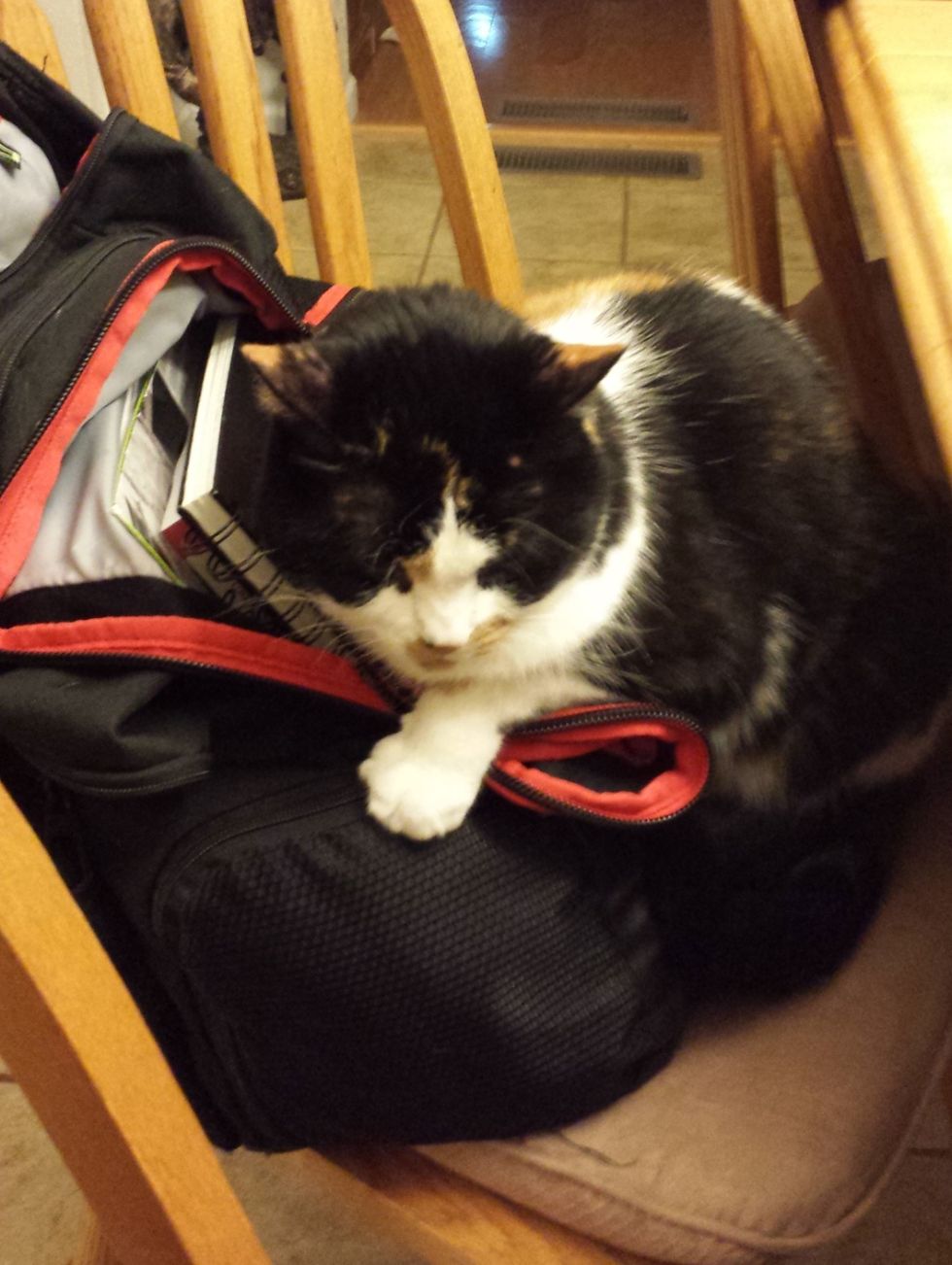 "She's my number one stress reliever, she's been there for everything so she's always been my comfort," Anna told Love Meow.

"Good shoulder to cry on, and she knows exactly when I'm upset too, so she will try to cuddle me extra." 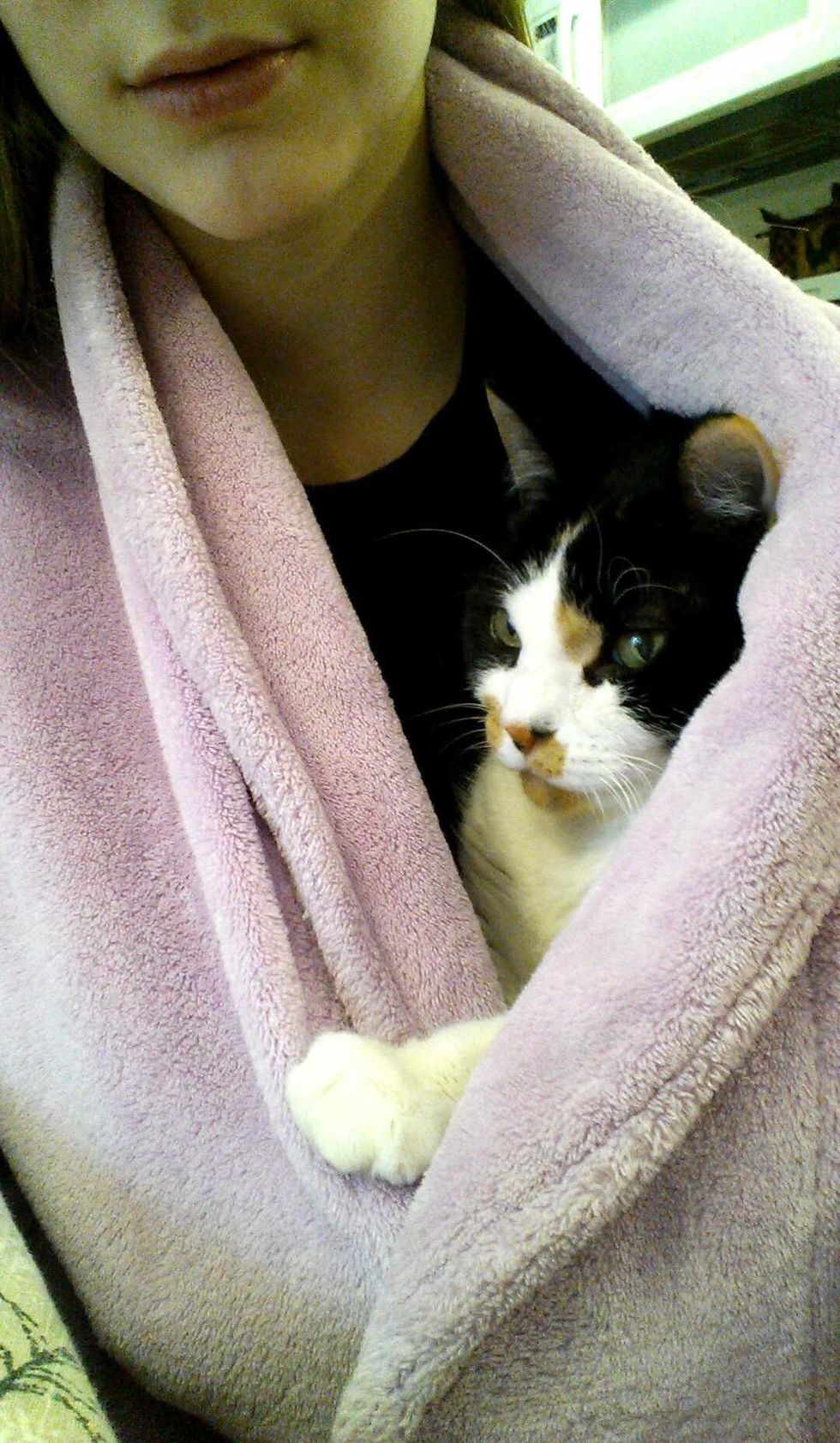 School can be very stressful, but Sally knows exactly how to make things better for her best friend. 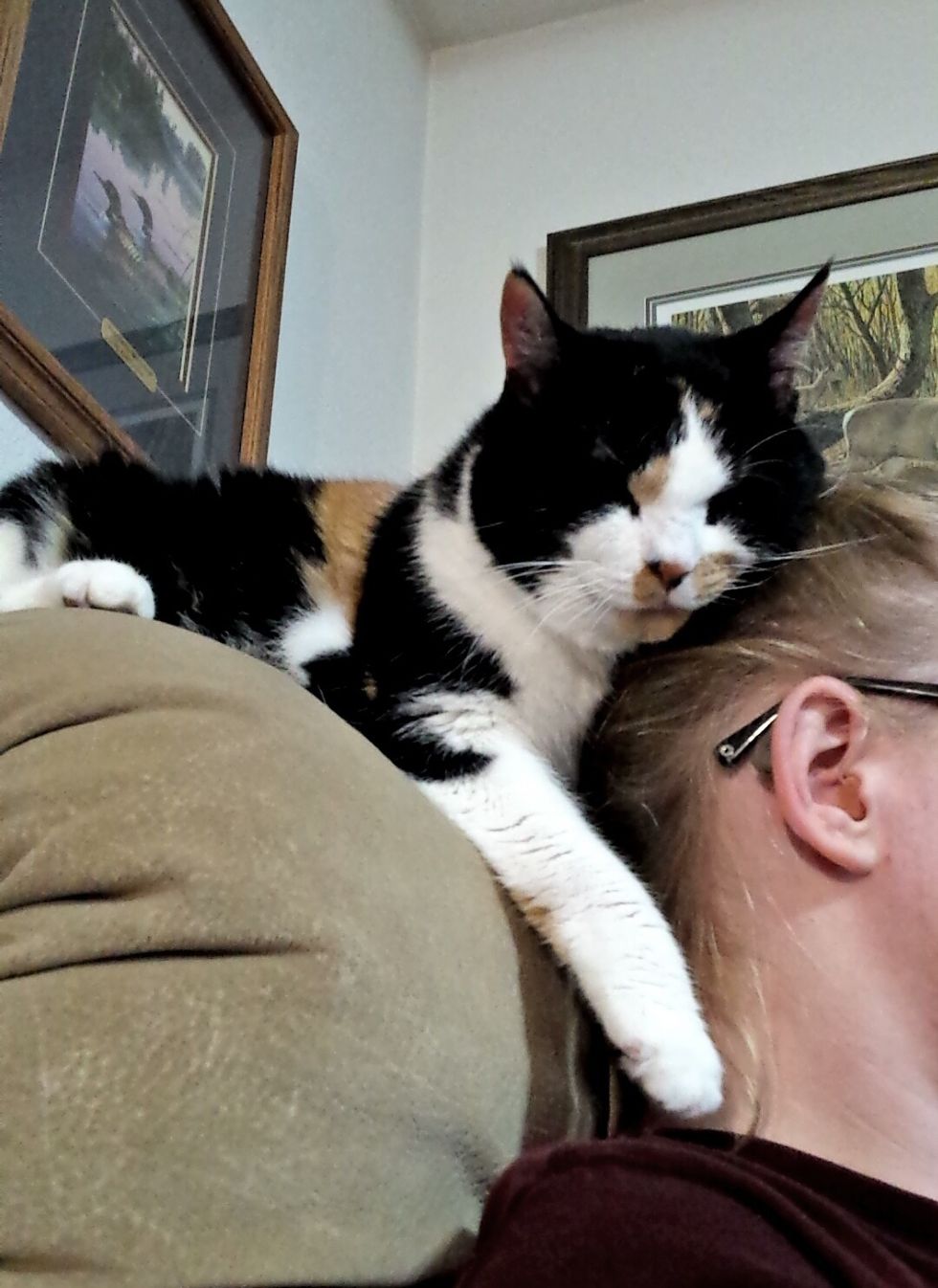 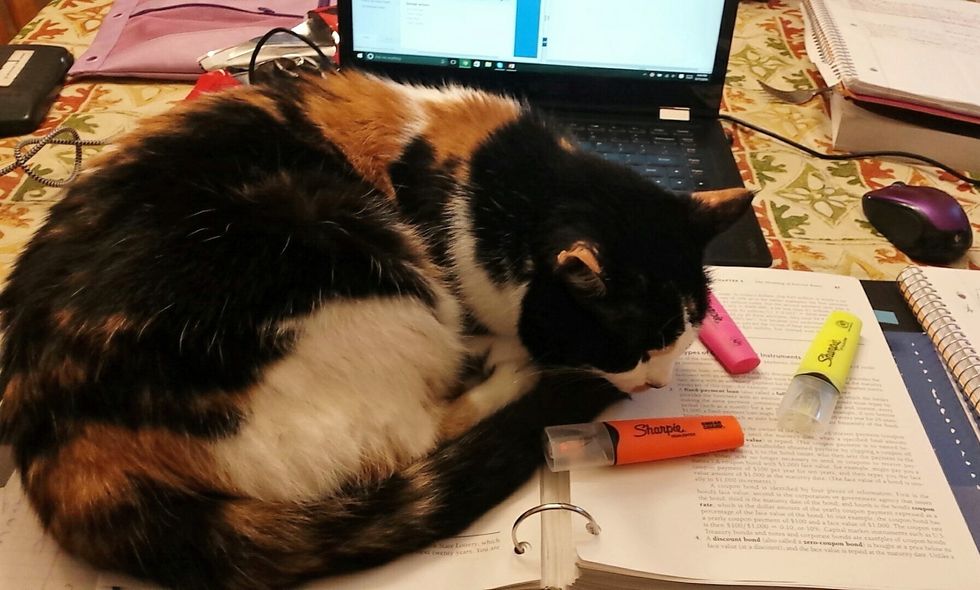 The calico girl enjoys perching on a big book while watching her human flip the pages and jot down notes.

She purrs along as if she's there to cheer her on. 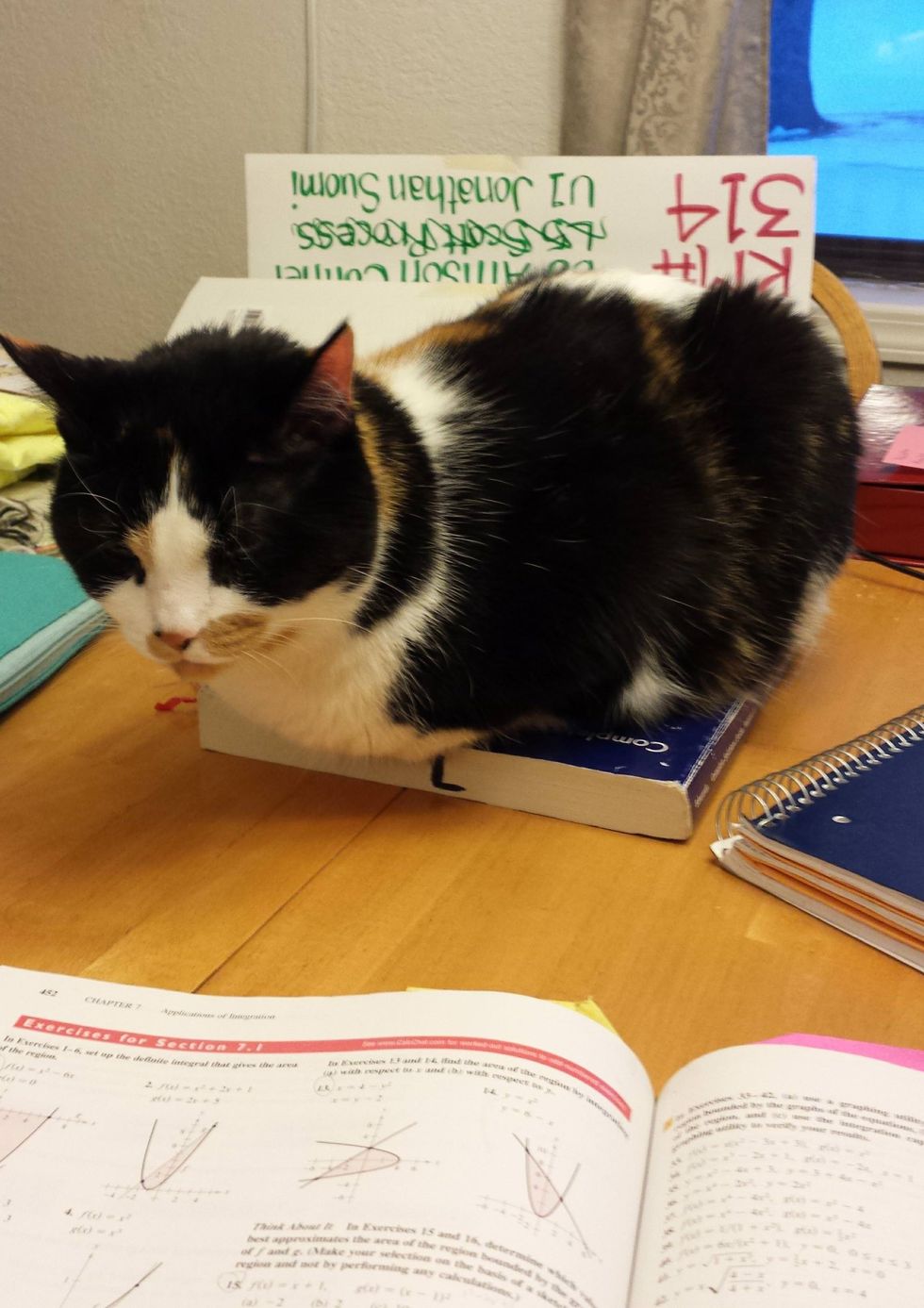 This May, Anna graduated from college, and she gave Sally all the credit for helping her through countless nights of studies.

The 18-year-old kitty is very proud! 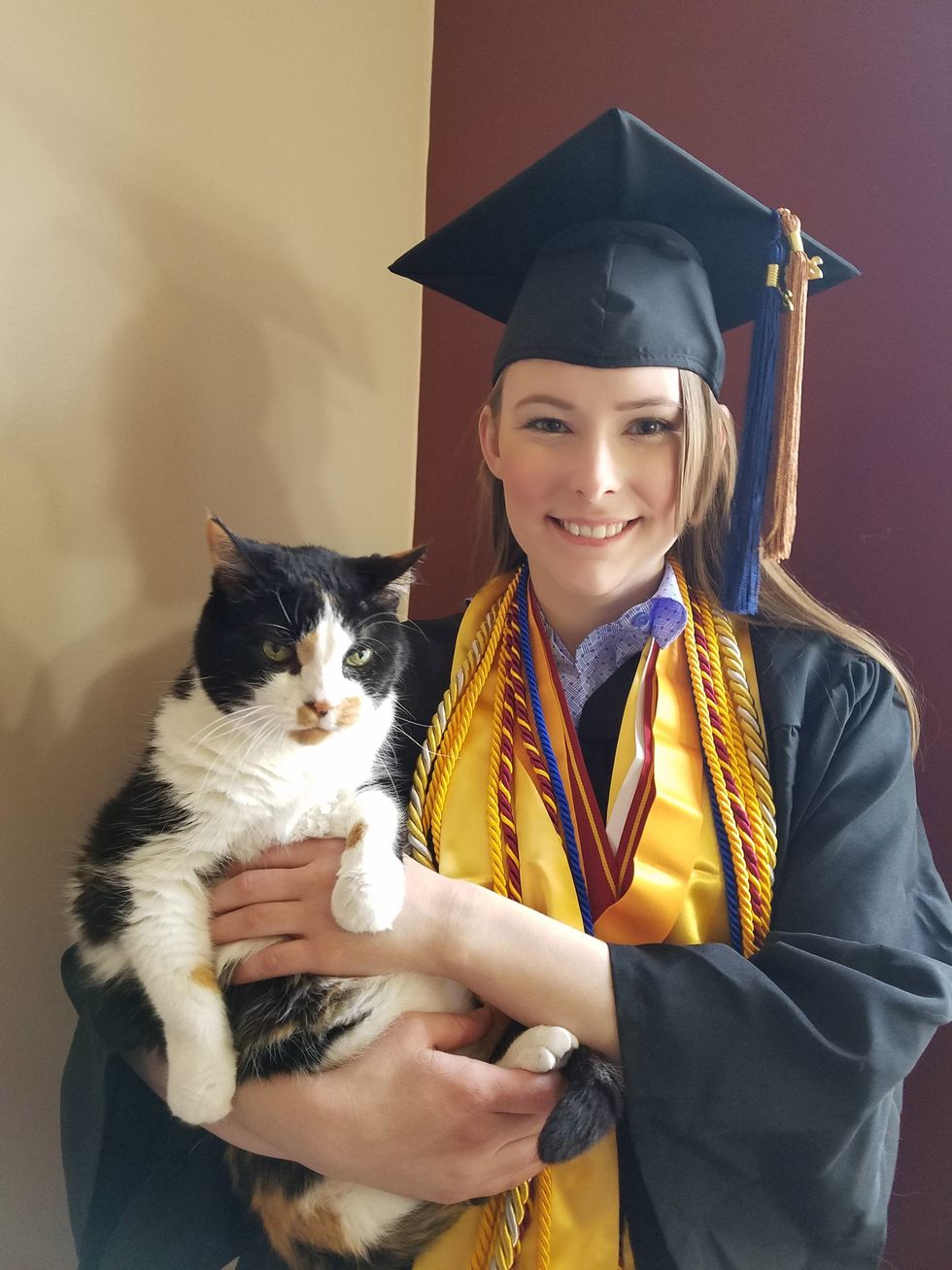