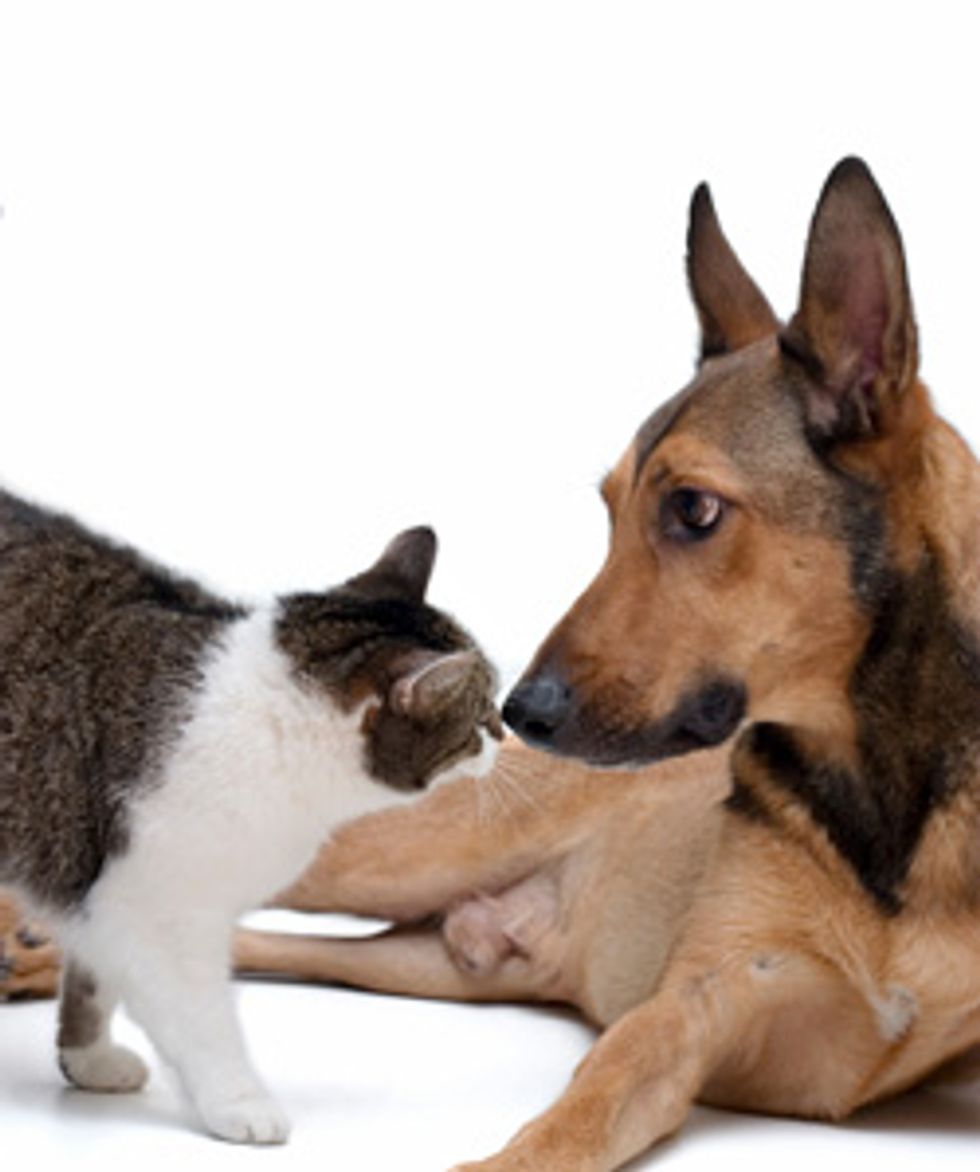 Cat Trapped in Snow for a Month Saved by German Shepherd

A nine-month old cat named Piper left the house early December last year and did not return. Piper's owner Verna Decaire worried that her cat might not make it through the cold weather. She started walking around the neighborhood, calling his name the day after his disappearance.

Both of Verna's children helped scour the entire neighborhood, trying to look for the cat, but no trace of the cat was found. When Christmas came, there was still no sign of Piper. Decaire's son was very upset. She had to comfort him by telling him that someone from the neighborhood might have homed Piper.

Though Decaire was afraid about the safety of her cat, she never gave up hope on Piper. They kept praying for him throughout Christmas.

Decaire's daughter came home this week. They decided to go shopping with a neighbor. When they arrived at the end of their driveway, they met another neighbor, Mary Hicks, who was walking a dog at the time. The seven month old German Shepherd started to dig into a culvert while the women were talking. Hicks tried to pull her dog away, but the pup kept dragging her back to the snow. The hole was dug deeper and deeper until they could only see the back and the tail of the dog. Finally Hicks convinced the 80-pound pup to stop digging, leaving a large hole in the snow.

When Verna was inside her neighbor's car, her daughter, Brittany heard a screech which she thought came from a bird. She looked around, but found nothing from the trees. Then she realized the sound came from the ground. She carefully traced it back to the pile of snow with a hole the neighbor's dog just dug up.

"I was in the garage, but Brittany was screaming, 'Mom, Mom.' I ran to her and as she turned toward me I could see the cat and I started screaming at the top of my lungs. "

The cat was almost half the size of the Piper they remembered, but they knew it was their cat. They took the cat back home and found him immediately heading to a toilet bowl and started drinking water out of it. They felt relieved because that's what Piper always did before this happened.

Although they were on a tight budget, Verna had no hesitation to take Piper to see a vet. Piper's health condition was good, though he did lose two pounds.

"I think it is a miracle. I cannot even comprehend being in a little closed space for all that time and have the will to keep on living.