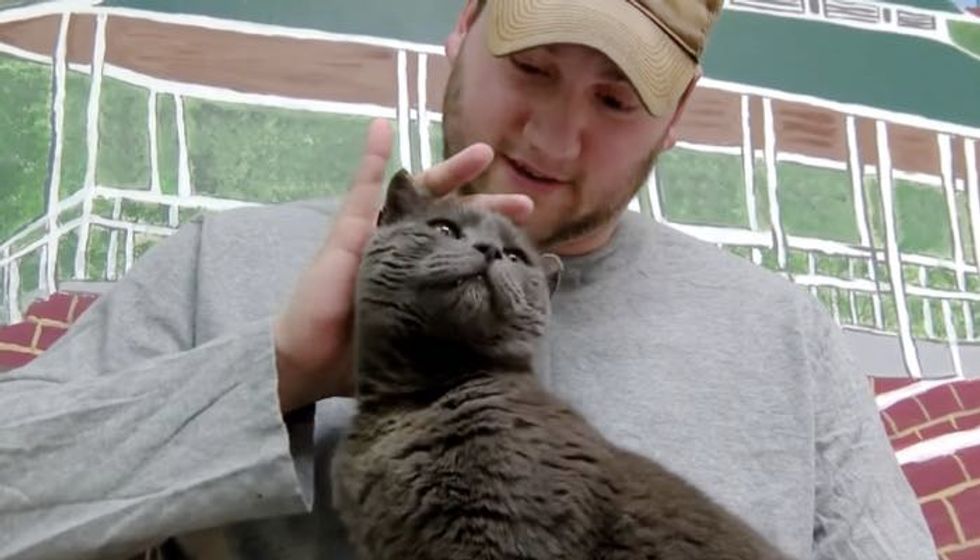 Cat Went Looking for His Human who was Deployed. 4 Years Later They Found Each Other!

Hemi the cat went looking for his human dad who left for deployment but the kitty never came home until his human found him 4 years later.

Robert Connell, a former Marine, had a special connection with a cat named Hemi, who was more than a cat to him. The gray feline friend kept him company during difficult times as he struggled with PTSD.

The family moved to a new home in North Dakota before Robert was deployed for a year.

"He went looking for Robert when he was deployed. I was heartbroken when he got out and we couldn't find him," Jennifer Connell told Love Meow.

"Hemi is a remarkable cat. He is so sweet natured and calm. He is very attached to Robert and they have an incredible bond."

After Hemi went missing to look for Robert, the family searched for months and couldn't find him until about two weeks ago they received a call from an animal shelter in New Bern, North Carolina about their missing cat.

They were so excited to have their cat back so their family could be whole again.

Due to the weather conditions in Bismarck, North Dakota, they couldn't find an airline that could fly their cat there, so Robert decided to drive to the animal rescue center which is 2,000 miles away to bring his beloved friend home.

Updates from the family!

"Hemi got home today and is adjusting just fine! His favorite blanket was on the sofa and he jumped up and started purring and snuggled in to 'his' blanket," Jennifer Connell told Love Meow.

"My daughters kindergarten teacher saw his story on the news and the whole class make him welcome home cards and sent him a bag of treats.

"We are thrilled beyond words to have him home and our family all together again!" Connell told Love Meow.