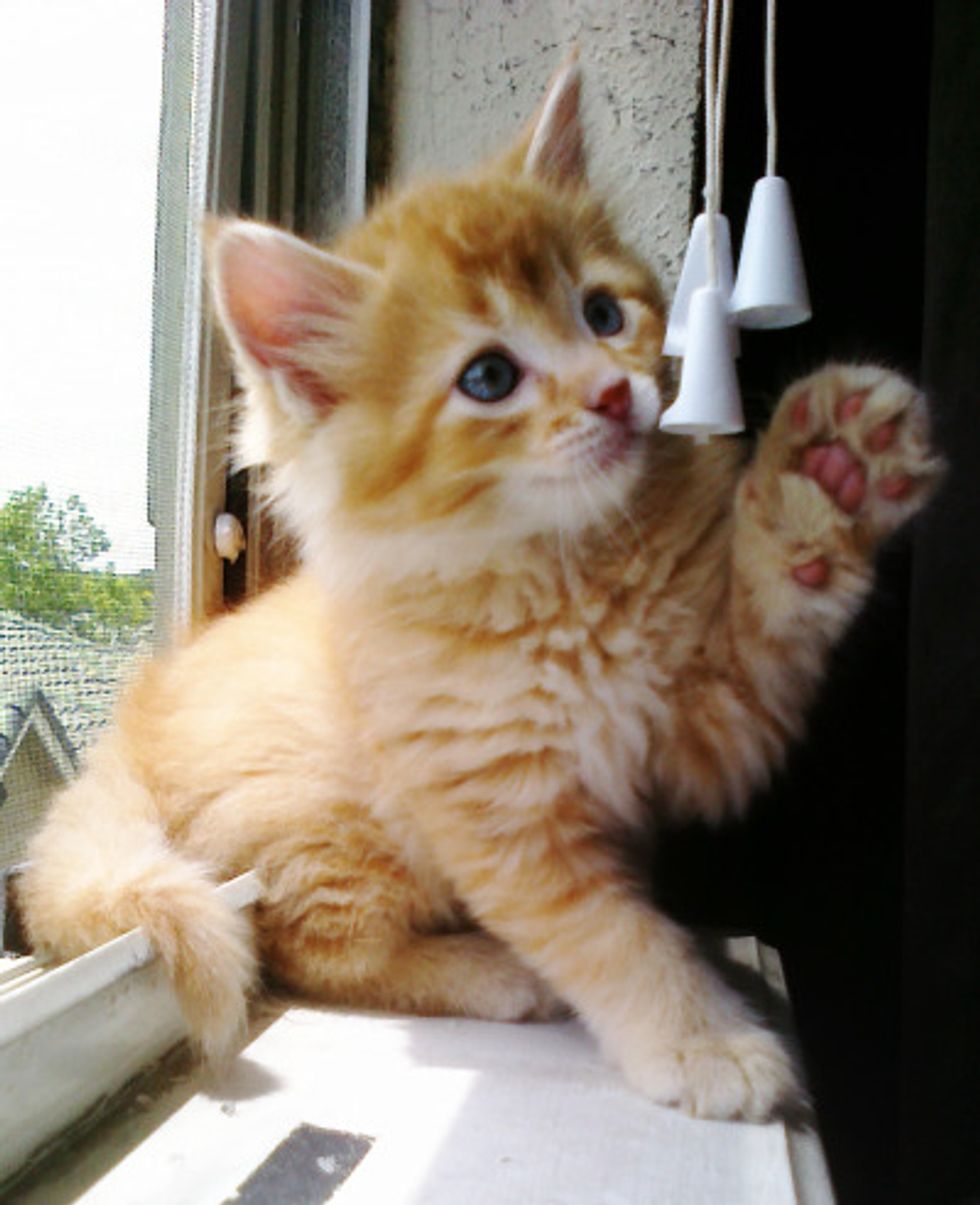 Chester was found in an alley way in Dallas, TX, along with his mother, brother and sister in a box. I was told several people would play with them but not actually take them in or feed them. That is until a truly kind man named James scooped them all up, gave them some food and water, and a temporary home.

So through the modern convenience of Craigslist, we were lucky enough to get in contact with James and set up a time where we could meet and see if this little orange cat my girlfriend and I, had seen but one picture of.

The day came and we drove out to Dallas, which was only a short commute away. We fell in love with the little guy as soon as we saw him. His mother and brother were still there, but someone had already given his sister a home. And it was time for a final goodbye.

He was really calm on the drive back, which was a miracle in itself. When we brought him home, he was first greeted by our 7 month old cat, Jane. She was a little standoffish at first, but he definitely made his presence known. She eventually warmed up to the idea of sharing her domain with another furry four legged creature, more or less. And I'm willing to bet he's gonna be pretty happy cat in his new home.