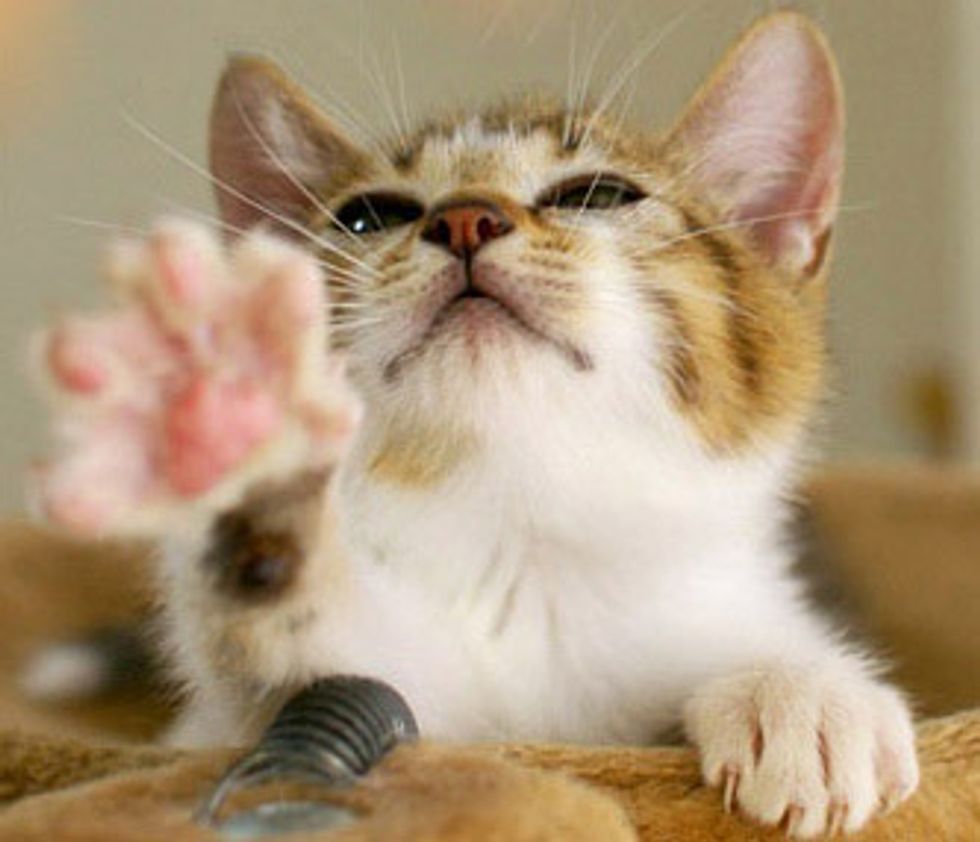 Cocoa and Milk's Journey to Their Forever Home

Chika and her husband went out for dinner one night. What they did not expect was that they came home with two little kittens with a runny nose and dirty coat.

They moved the two little furballs into a room where they were separated from the other cats. They were approximately one month old, small, scared and very hungry. They wouldn't come out of the carrier, so Chika put wet food outside. Slowly they stepped out and sniffed at the bowl of food, then they took their first bite. From that point on Chika knew that they were going to be all right.

Within a couple days after they arrived in their foster home, the two little kittens became more and more comfortable and started to play with toys and each other. Though they were still a bit shy, it was a relief for Chika to see that they had finally come out of their shells.

The kitten with the darker nose is Cocoa, a boy, and his sister is Milk. Chika took them to the animal hospital and gave them eye drops and medication to treat their cold. The two thrived under her care and grew leaps and bounds in a short period of time.

Cocoa is the active one who is always curious and playful. Whenever it's meal time, he'd be waiting by your side for you to serve him. On the other hand, Milk is a bit shy and likes to follow behind Cocoa. They are completely inseparable.

It was bittersweet for Chika and her husband when Cocoa and Milk left for their forever home. Chika took the train and brought them safely to their new family where they met two new furry friends Sugar and Salt. Today they have grown into two beautiful and happy cats, sharing their everyday life with their two tuxedo siblings.

Photos courtesy of Chika and Sugar29Salt21.

When Cocoa and Milk just arrived in their foster home: