A cross-eyed Manx cat was found wandering in a parking lot of a local motel in Colorado almost 4 years ago. A kind-hearted woman who worked nearby, spotted him and started feeding him.

She contacted Fort Collins Cat Rescue (in Fort Collins, Colorado) and Valerie, a rescuer, was able to catch the kitty via TNR (trap, neuter, and return) and brought him into her foster home. 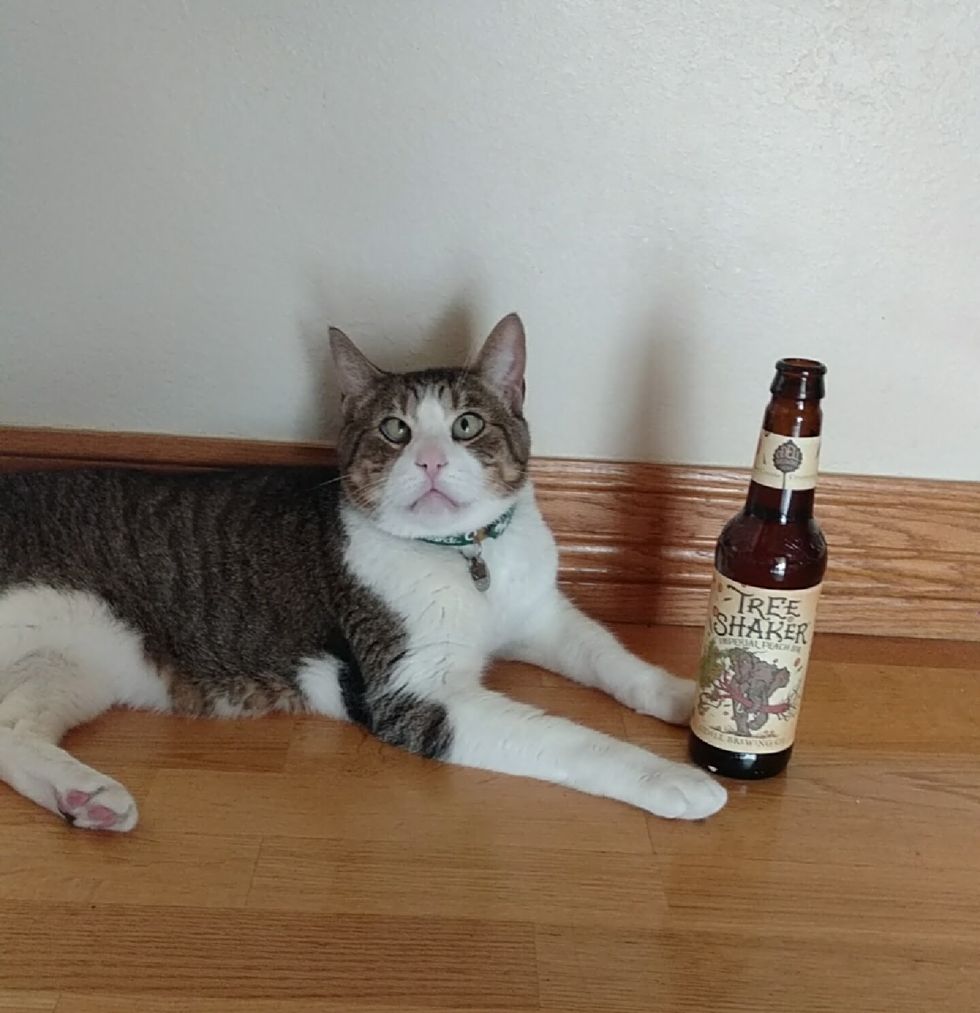 "I went out to trap him and discovered Crosby is very friendly. I wanted him to have a second chance at a real home. (He) is very affectionate… a true lap dweller. He will fall asleep in your lap and be a great companion," Valerie said.

Crosby was 3 - 5 years old at the time. All he wanted was someone to love and share his adventures with. Soon a veterinary student at Tufts University met him at the rescue. Before she knew it, the cross-eyed kitty crept his way into her heart. 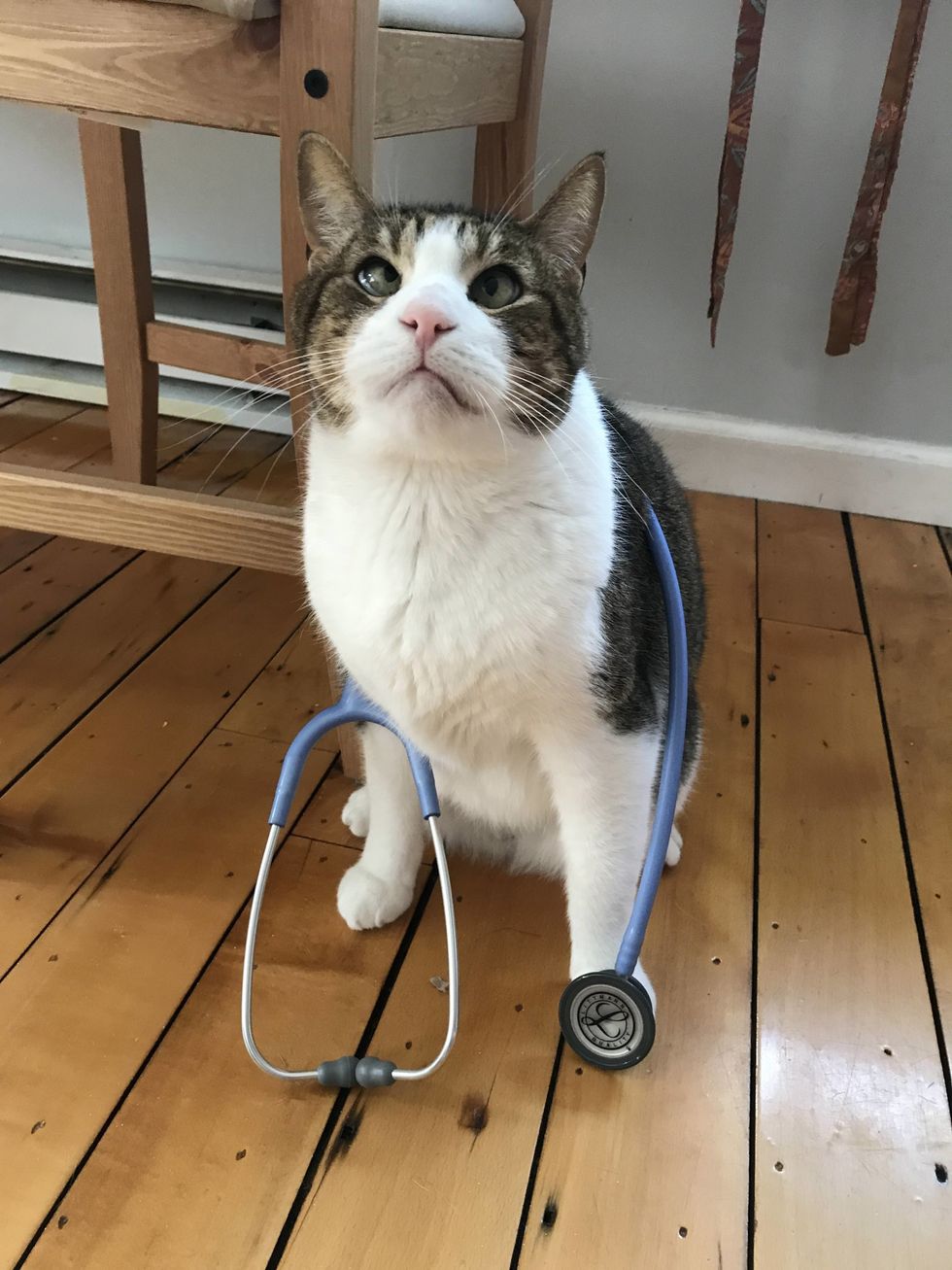 "Crosby is more dog than cat, he does some tricks and will steal any food that's left out on the counter," Kim told Love Meow.

He may be cross-eyed but nothing can slow him down. 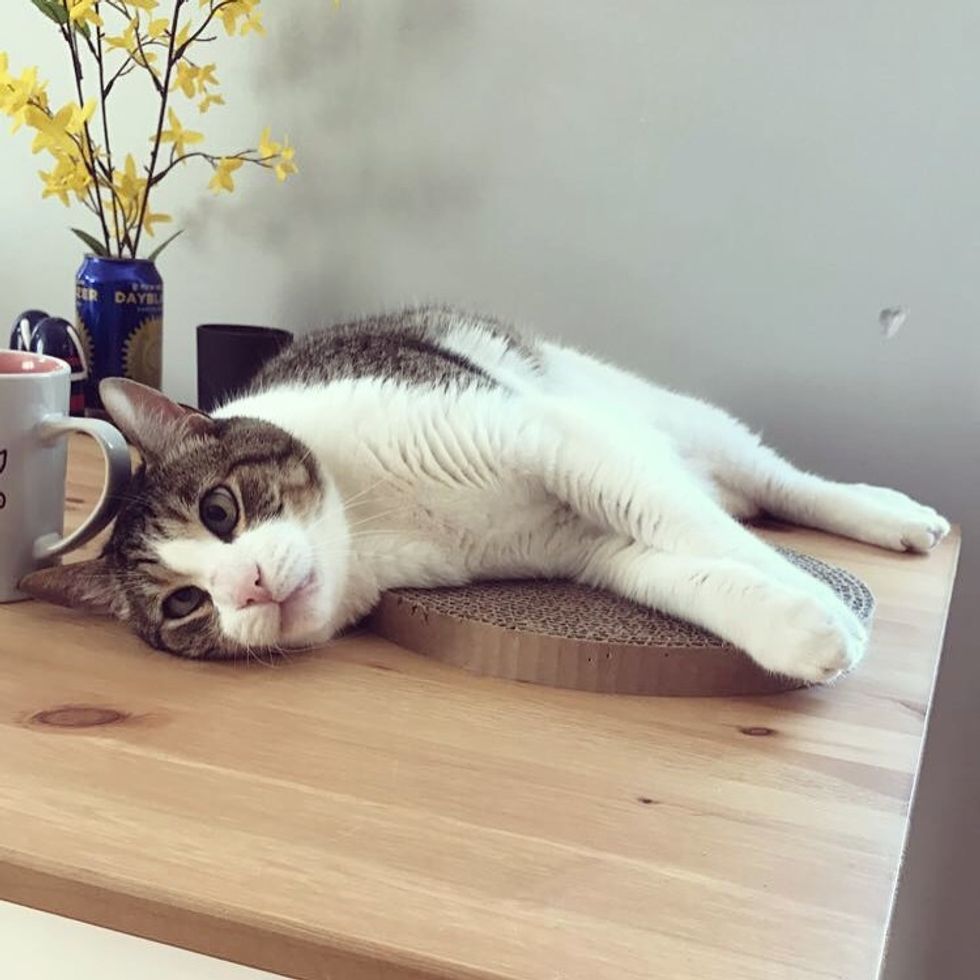 Crosby is extremely affectionate and friendly.

When they welcomed a new feline member into their family this summer, Crosby took him under his wing. 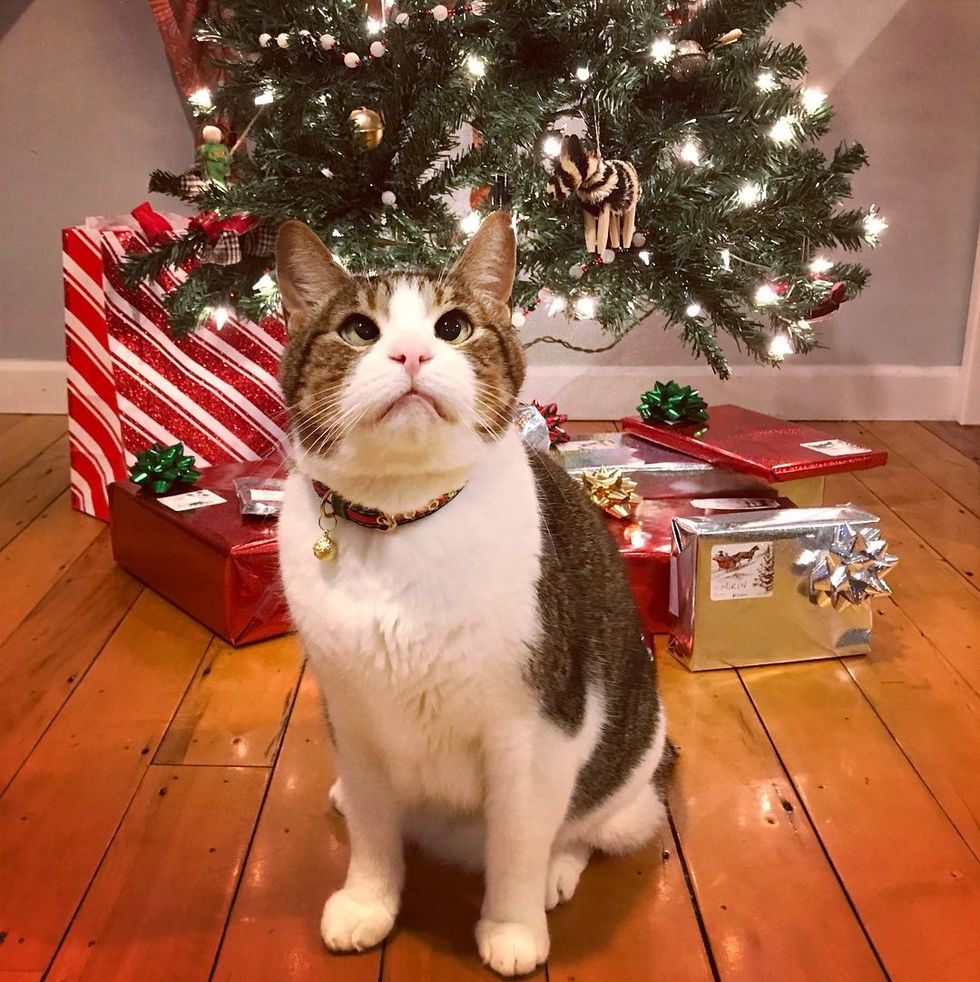 His name is Gobi. He was taken in by Guardian Angels Cat Rescue (in Wayland, Massachusetts) after he was found abandoned because he had severe arthritis.

"Gobi loves to cuddle and would sit in your lap all day if you kept petting them," Kim told Love Meow. 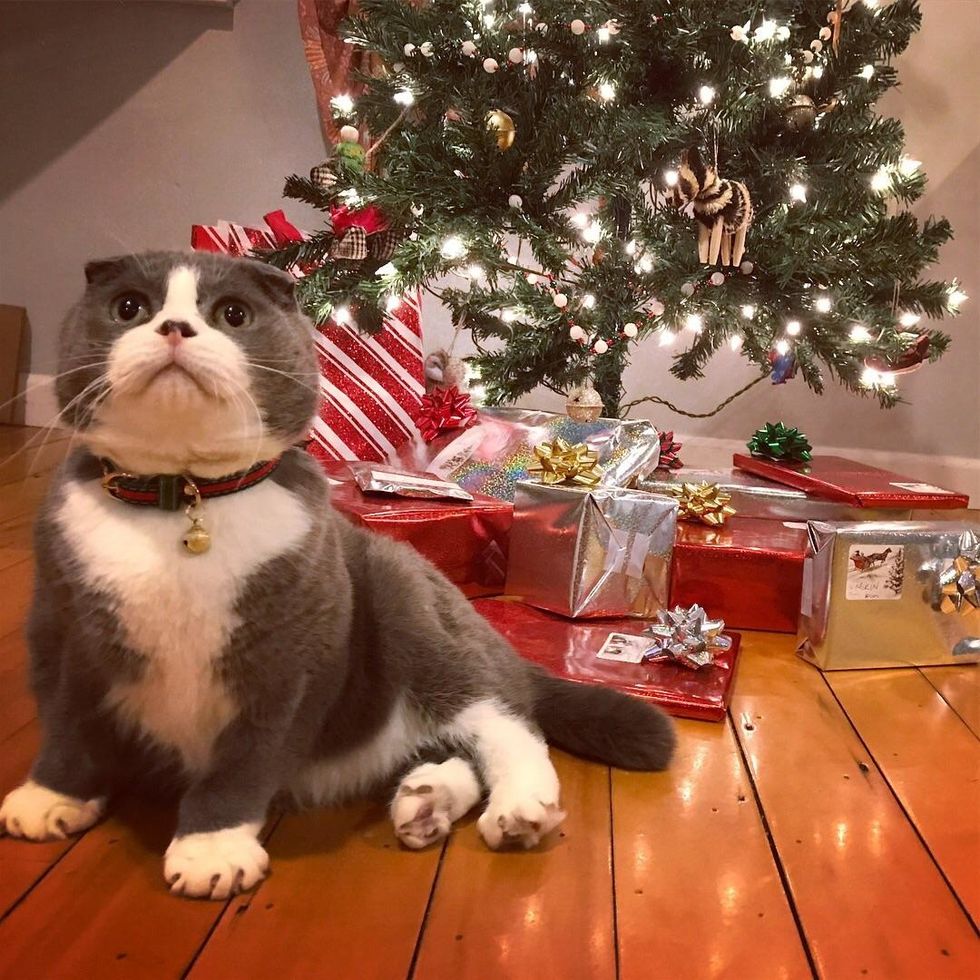 The two brothers from different mothers quickly bonded. Gobi is the mischievous little brother who wreaks havoc in the house but Crosby tolerates his every antic and loves him all the more.

"They get along great and love to play together." 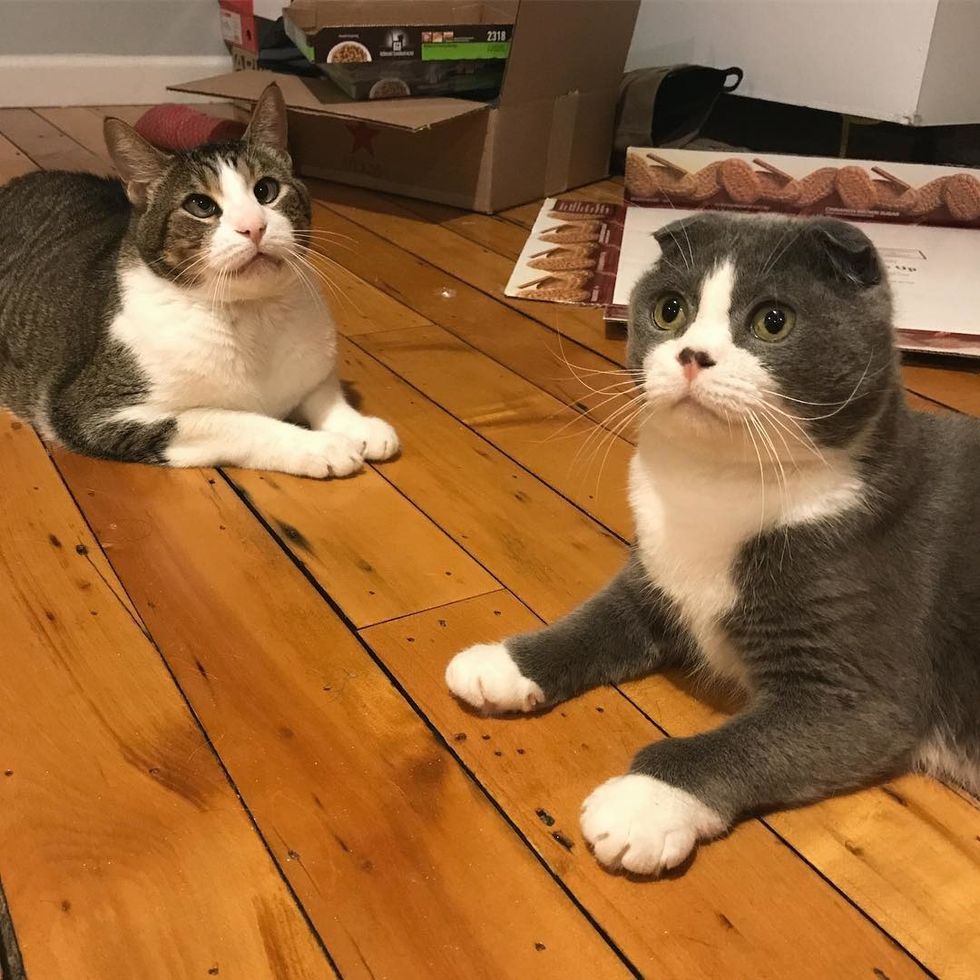 Both kitties were rescued from a rough life and found each other at a loving home. "They're both the sweetest boys and get lots of love."

This Christmas is extra special for Crosby because now he has a feline brother to share the holidays and all his adventures with. 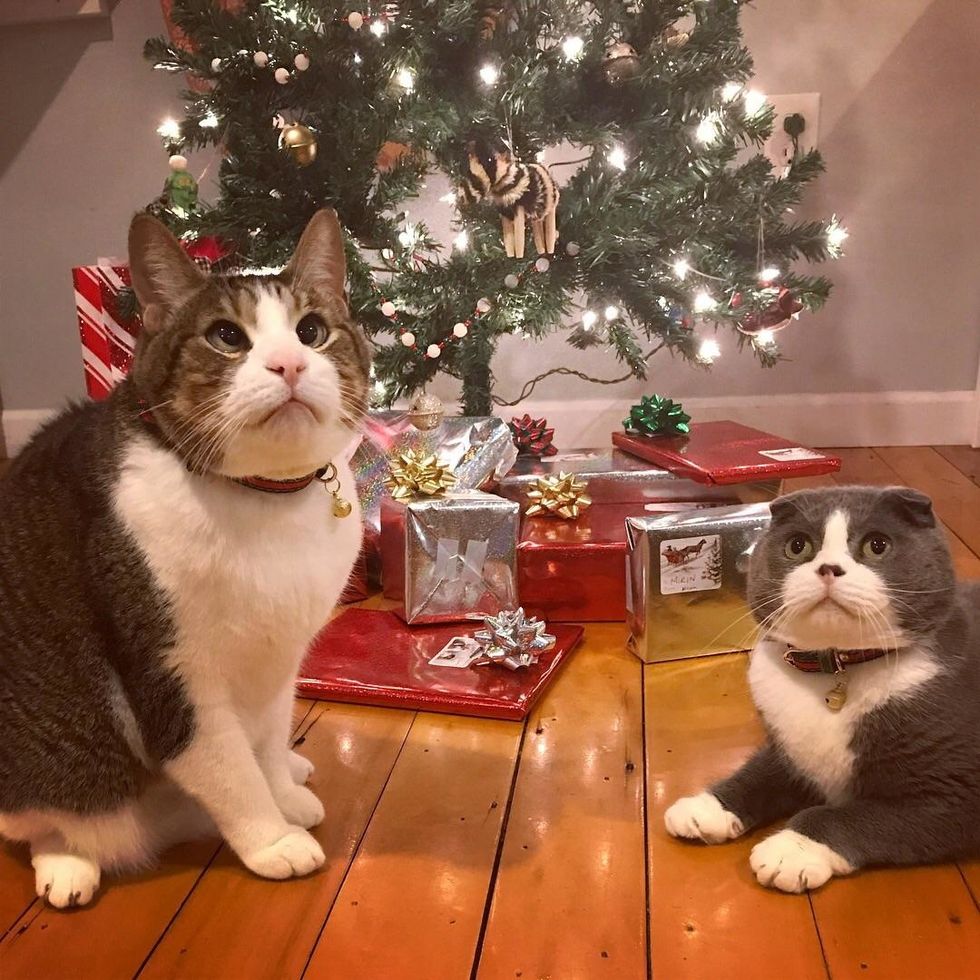 Related story: Kitten Born With a "Wink", Found in Box of Christmas Ornaments and Rescued By Man - Her New Dad