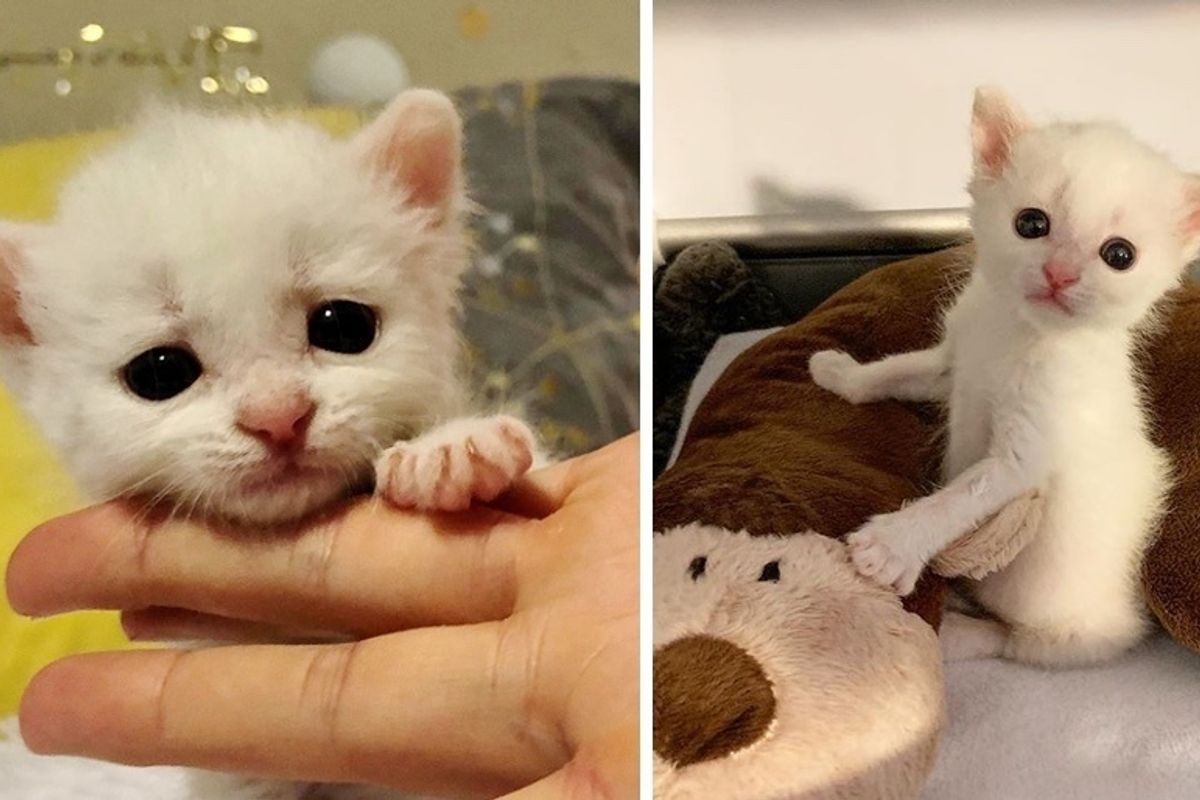 A deaf kitten found a home with two cats who are also deaf. They share an incredible bond. 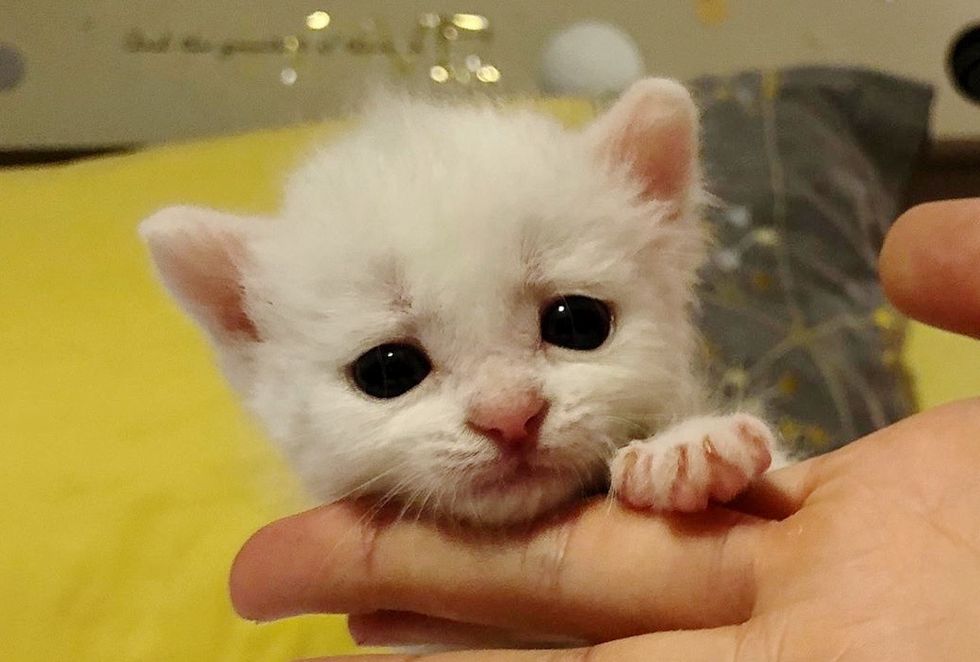 King the kitten was born outside and the only survivor in his feline family. Sparkle Cat Rescue, an all-volunteer rescue in North Carolina, saved him from a very rough beginning.

The kitten was in poor shape, suffering from a maggot infestation and had to be taken to the emergency vet. "He was in pain, yet he was making biscuits (kneading with his paws) and fighting for his life with such spirit and strength that was remarkable," Sarah Kelly, a foster volunteer of the rescue, said.

They saw the fight in him and how strong and alert he seemed. 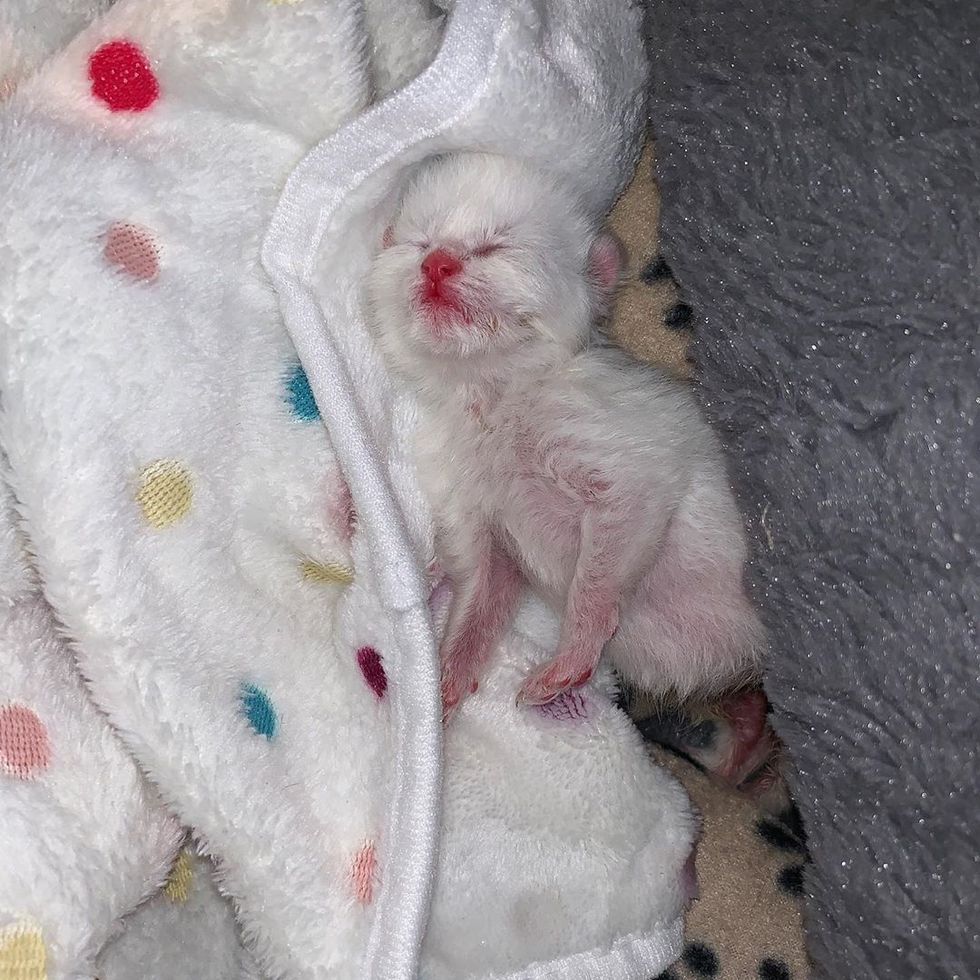 He was given treatment and cleaning, and he never complained. King latched onto his bottle like a champ and was so happy to be cared for and loved.

Every day, he grew in size and strength. With round-the-clock care, he continued to heal and make great strides. 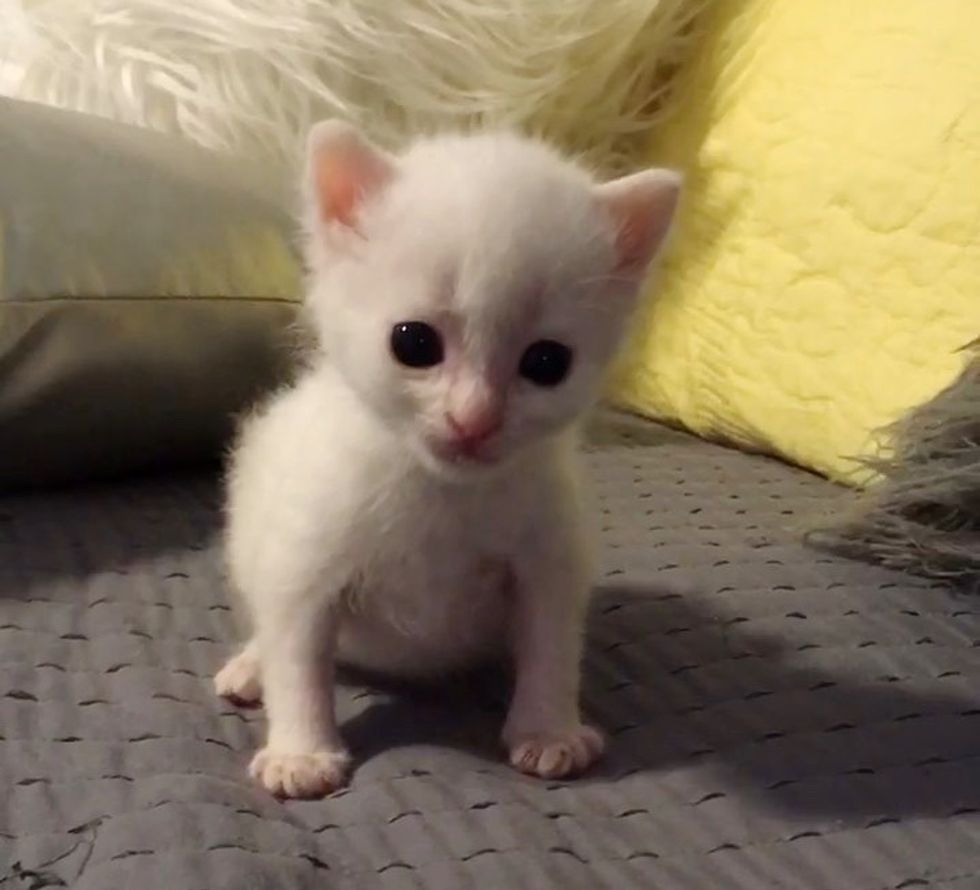 When he was around 3-4 weeks old, he started showing signs of being deaf but nothing could stop him.

"He defeated all odds and defied the vet's expectations! He survived and now he's thriving," Sarah said. 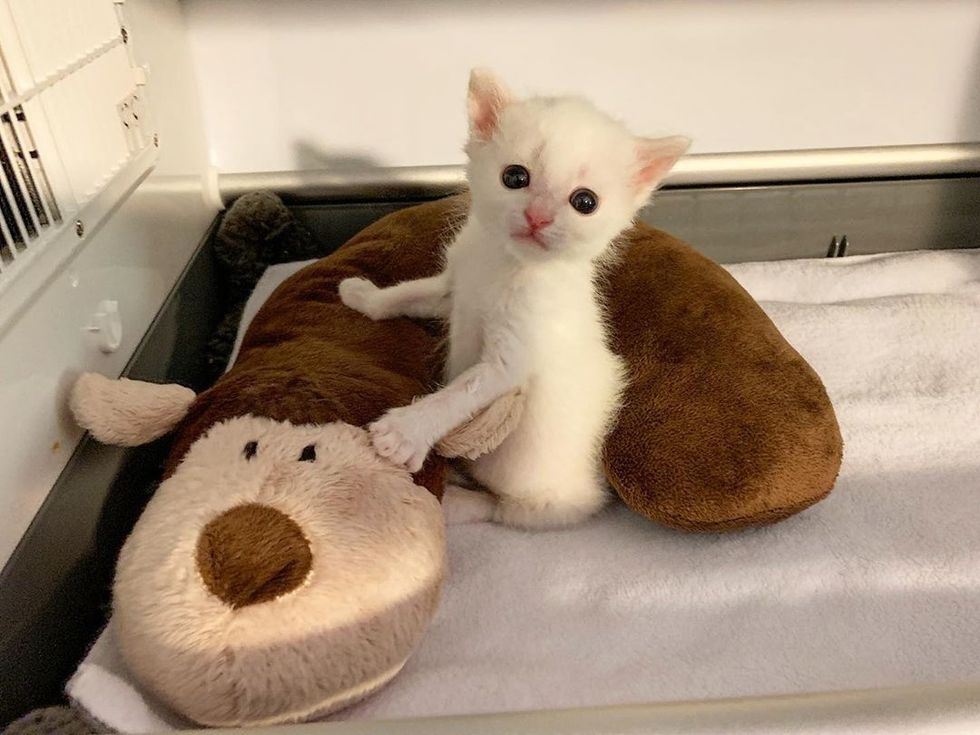 Christina Moody, who has two deaf cats of her own, learned about King's journey and was smitten with this little fighter.

"Sarah told me about King. My immediate response was he needed my cats and I needed him," Christina told Love Meow. 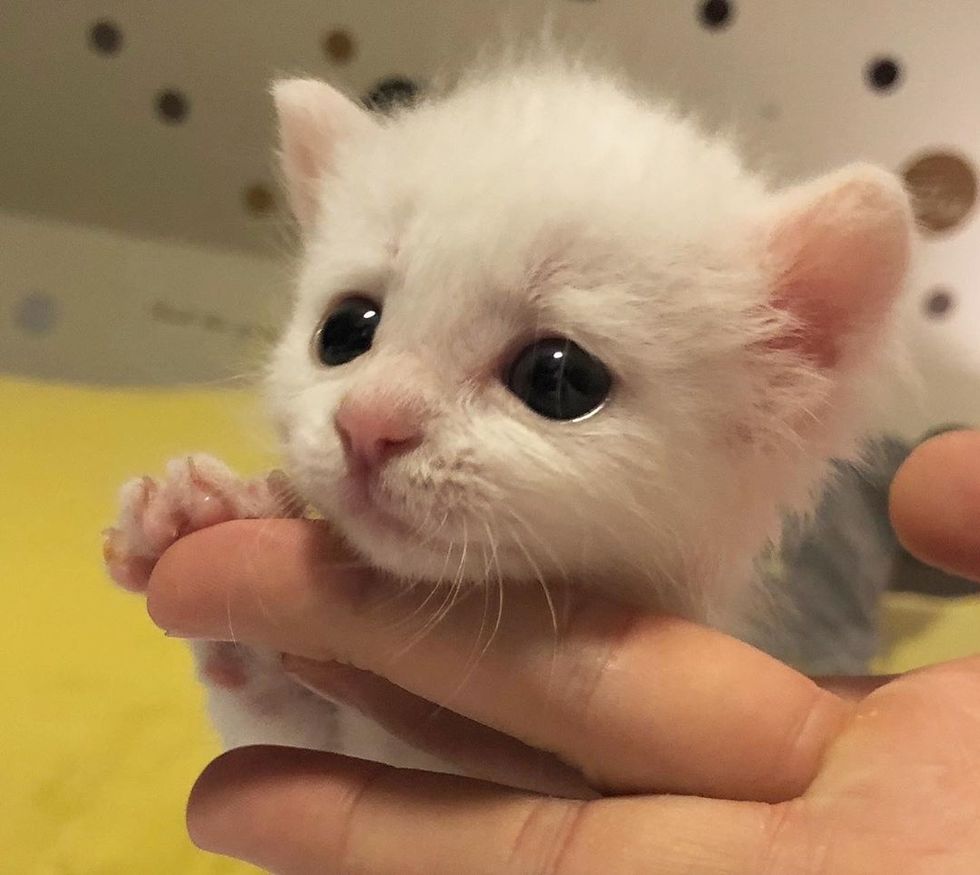 10 days ago, King moved into his new home. The second they set the carrier on the counter and opened it, one of their cats, Snow, came running and decided he would be King's protector.

"It was amazing. Everywhere King went, Snow was right there. They did a nose touch and licks within the first hours being home. We were so pleasantly surprised," Christina told Love Meow. 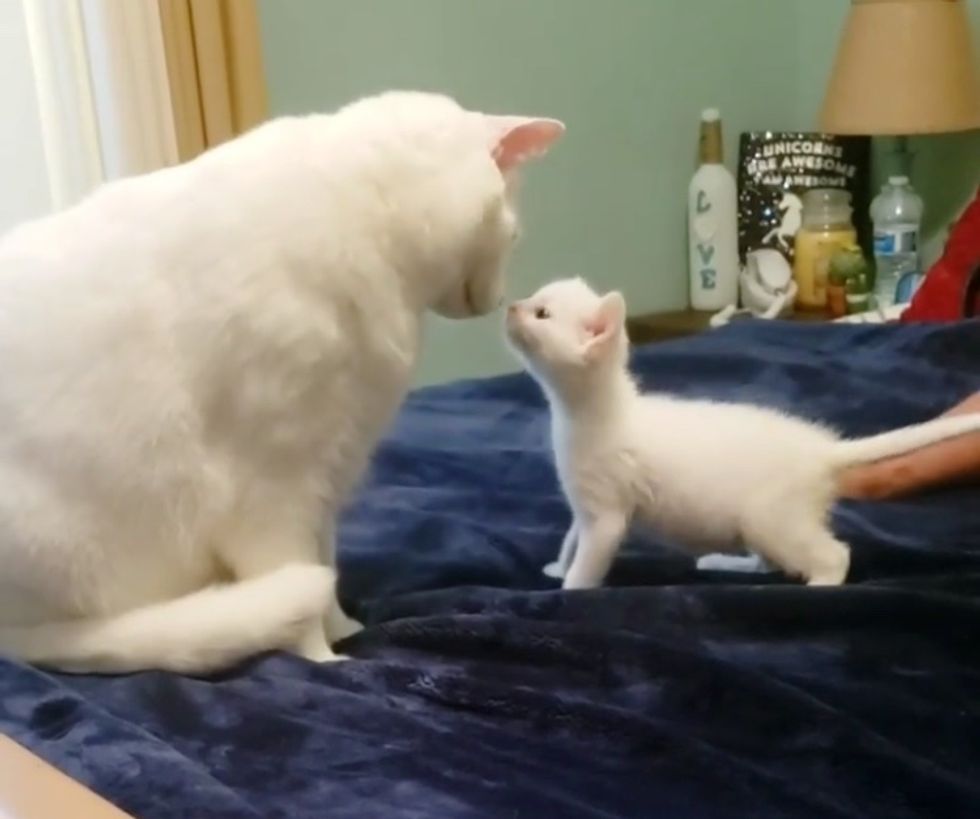 Bomba, the other resident cat, spent two days warming up to the new kitty.

As soon as he got to know him better, he joined Snow and began guarding and protecting their little brother. 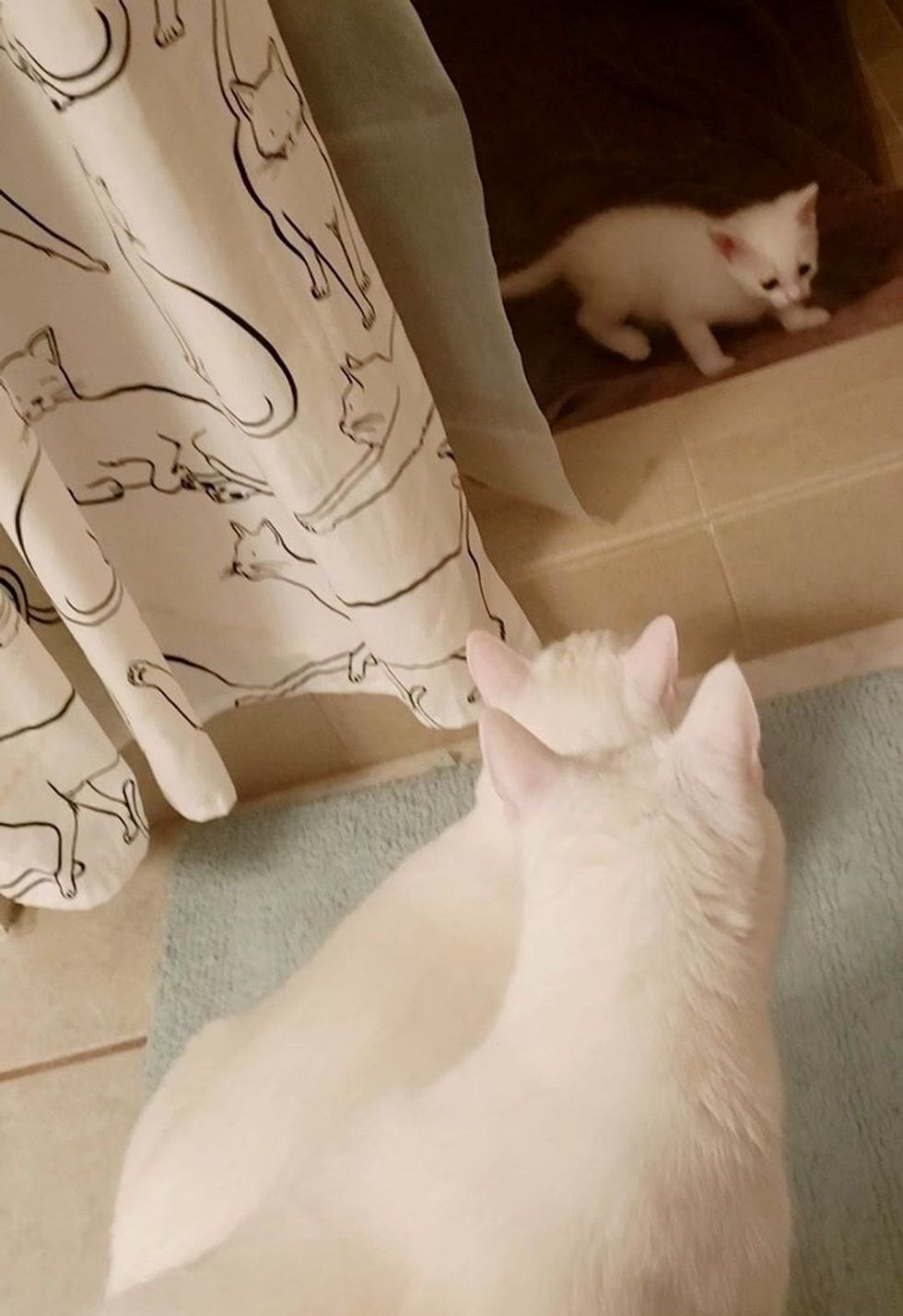 The big brothers won't let the little guy out of eyeshot, keeping him close and showing him the ropes. "Their relationship has been beautiful to say the very least."

Watch King and his journey in this video:

They make sure that King is never alone and seem to understand his needs as a deaf cat. When King is playing with toys, they watch him on the sideline as if they are his personal bodyguards.

The most surprising thing to Christina has been her husband who was not ready to have another kitten in the house. 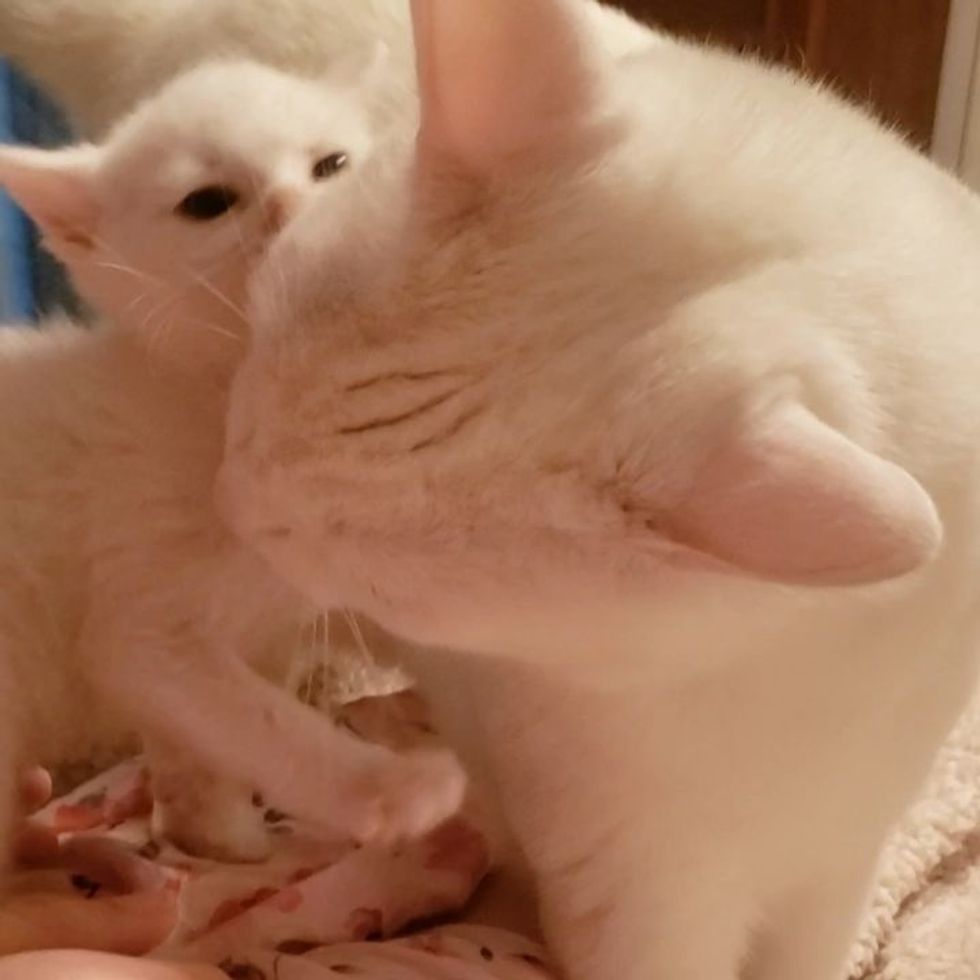 Over the weekend, he saw a picture of King when he was just rescued.

"My gruff husband got a little choked up and said, 'Nothing will ever hurt him again,'" Christina told Love Meow. "King was meant to be part of our home!" 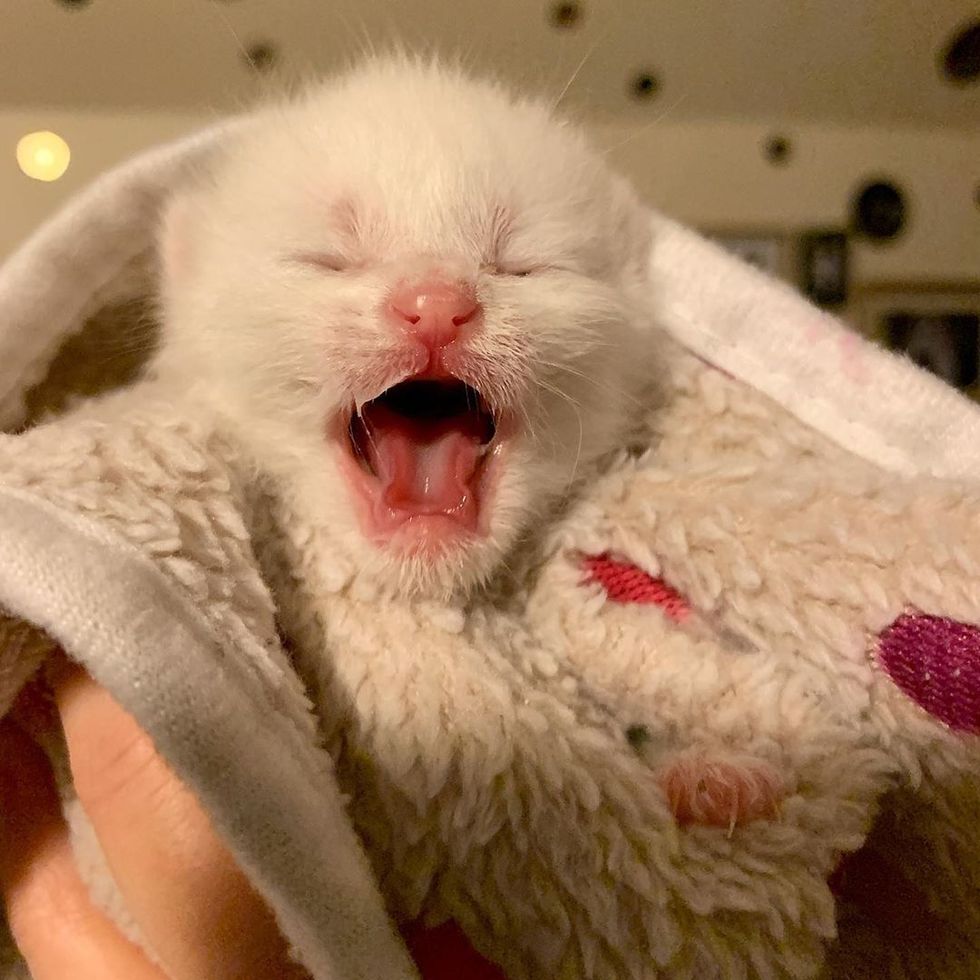 The sweet little boy is loving his forever home with his big brothers watching over him every step of the way.

"We are thrilled that King was adopted into an awesome family equipped to help him live his best life with his special needs! This adoption is incredibly special to us," Sarah said. 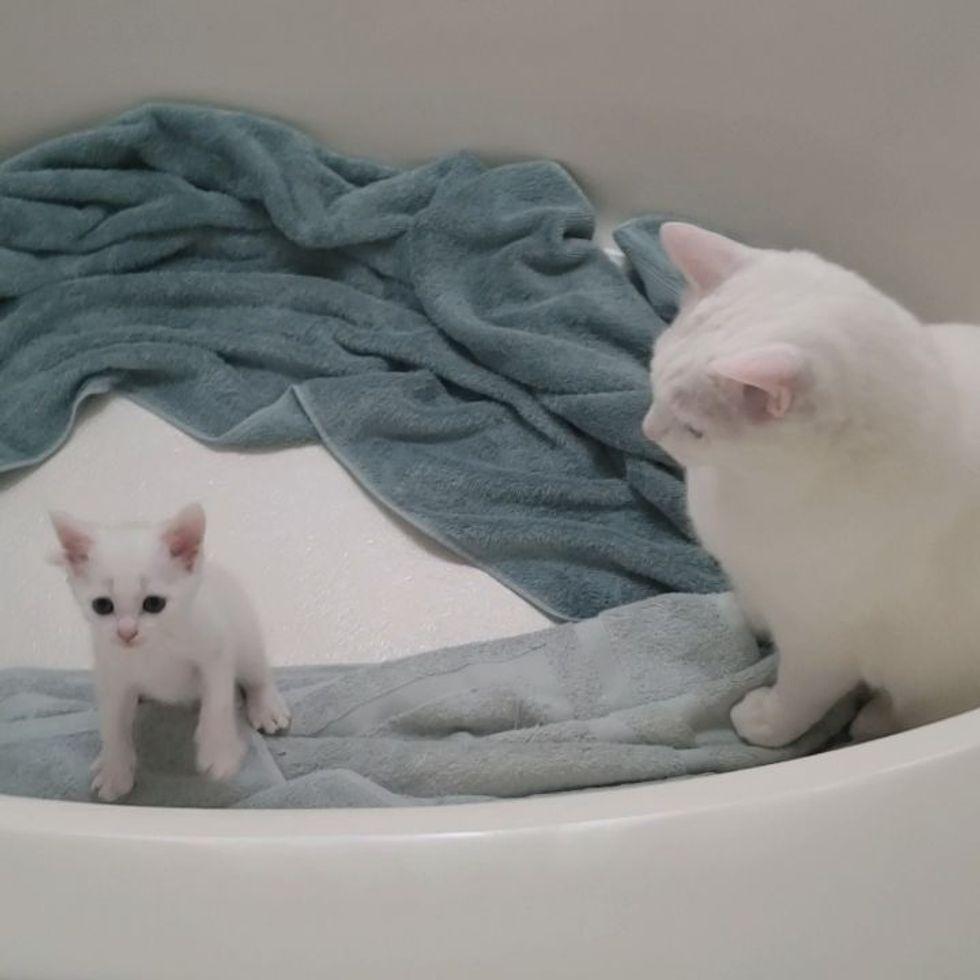 King who came from a very tough beginning, now has a dream home and a great future ahead of him.

"It brings tears to our eyes and we can't believe how lucky he is and how lucky we are to be a part of this magic." 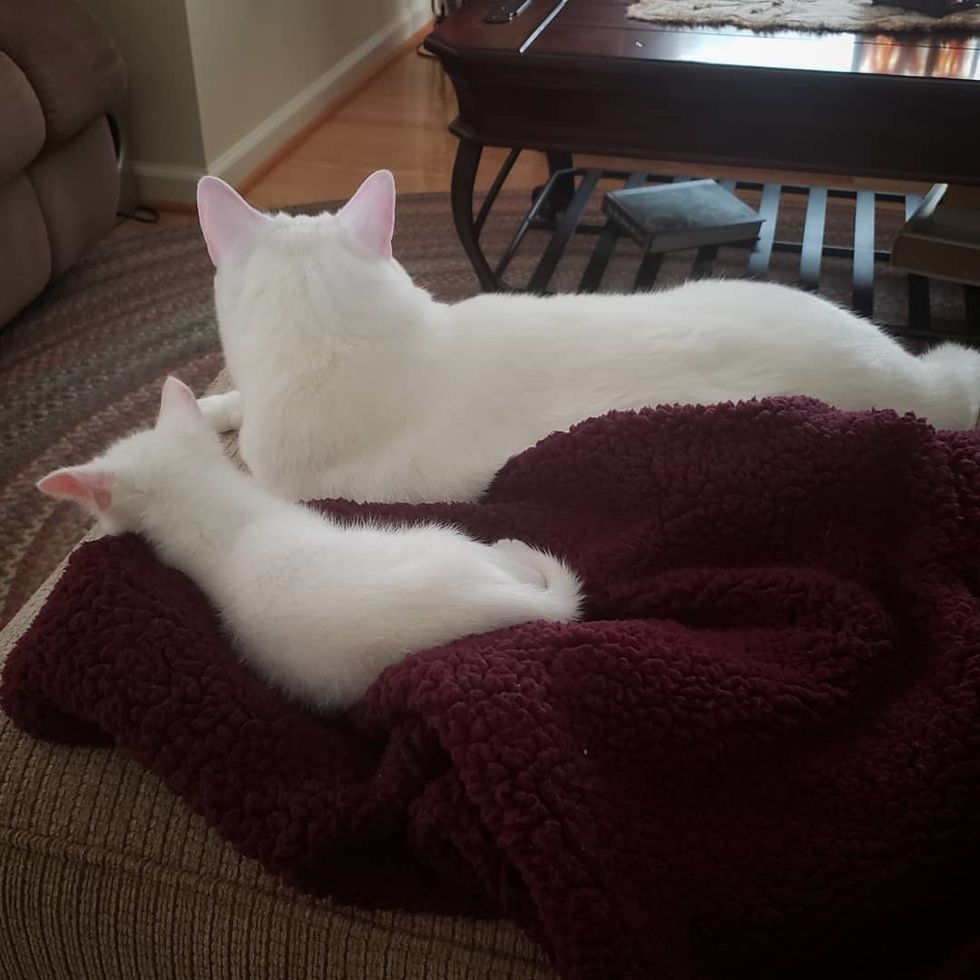