They Thought They Saved a Stray Cat, but Really Rescued Eight

It took months for a family to save a stray cat they had befriended. When they finally rescued her, they realized they had in fact rescued eight. 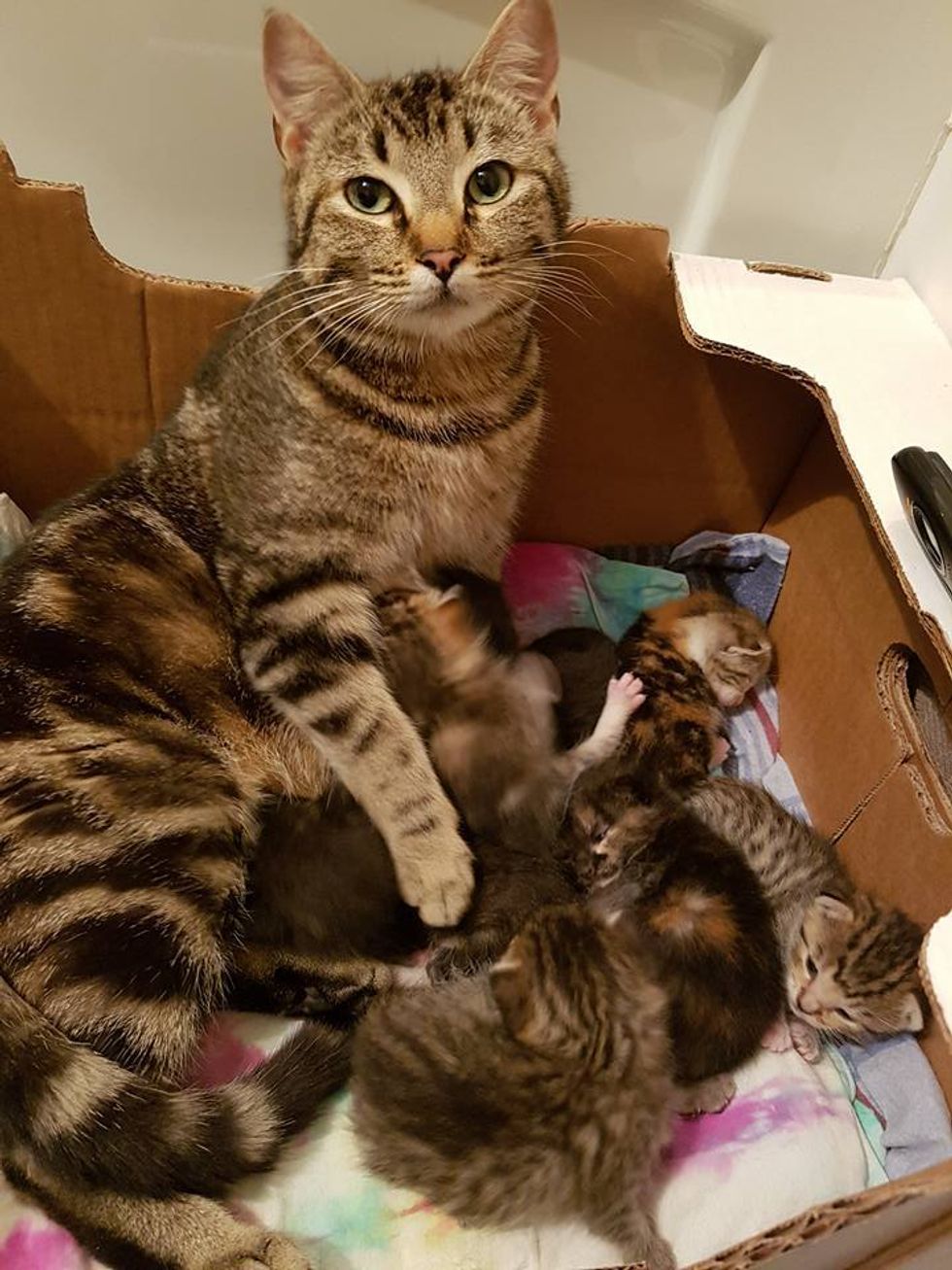 Kittypants started showing up in someone's yard back in September.

"She was found by a resident in East Vancouver. She spotted her as a kitten and fed her, but she disappeared and sometime later showed up pregnant as an adult kitty," Heather, Kittypants' foster mom, told Love Meow.

With a lot of patience and love, Kittypants warmed up to her human friend and eventually accepted her help. 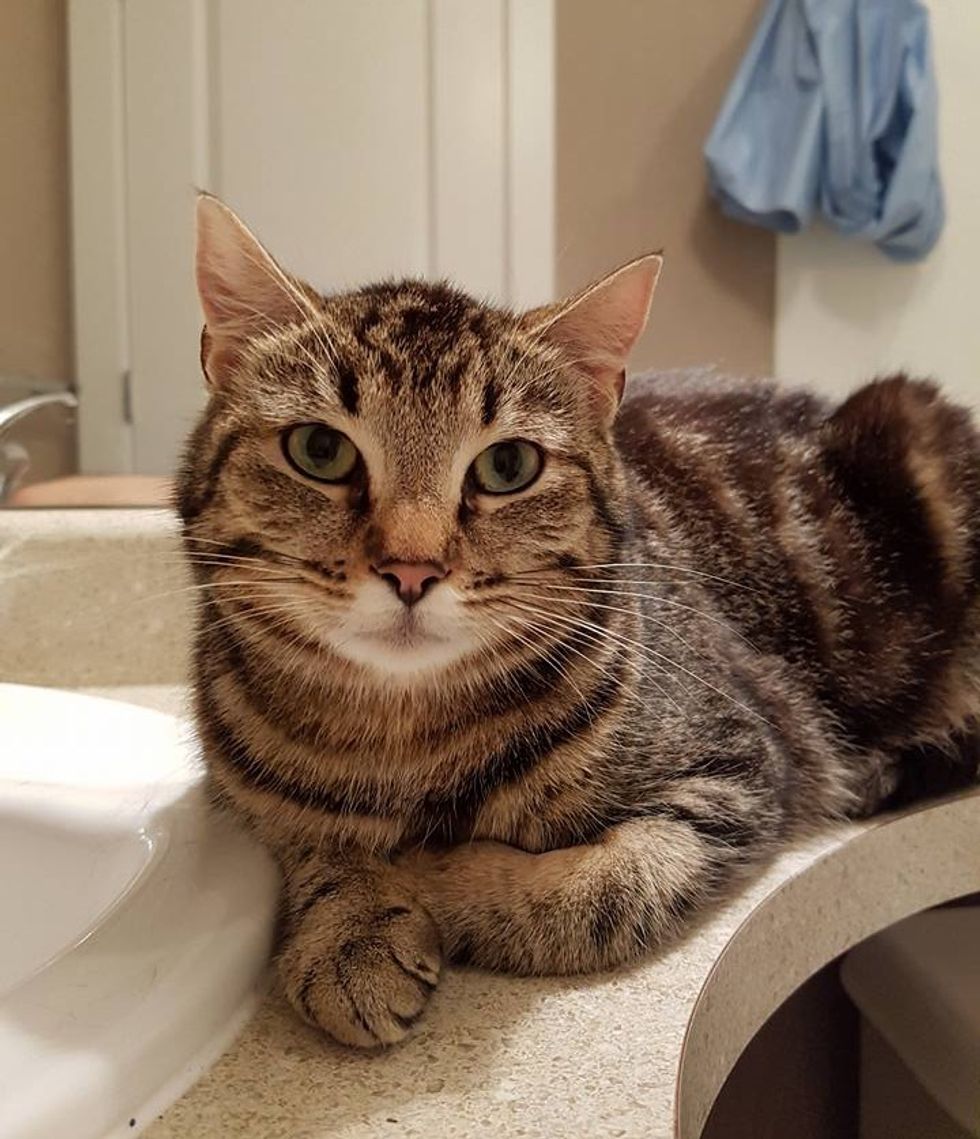 "They made sure food was always out for her and she became buddies with their kitty. She was a challenge to catch but was eventually trapped (near Trout Lake in East Vancouver)," Paul and Heather, foster parents, said on their Facebook page.

They decided to turn her over to Vancouver Orphan Kitten Rescue Association so she could get the proper care she needed.

Kittypants was pregnant and the rescue couldn't have come at a better time. She gave birth to seven tiny furballs while in the care of a VOKRA foster. 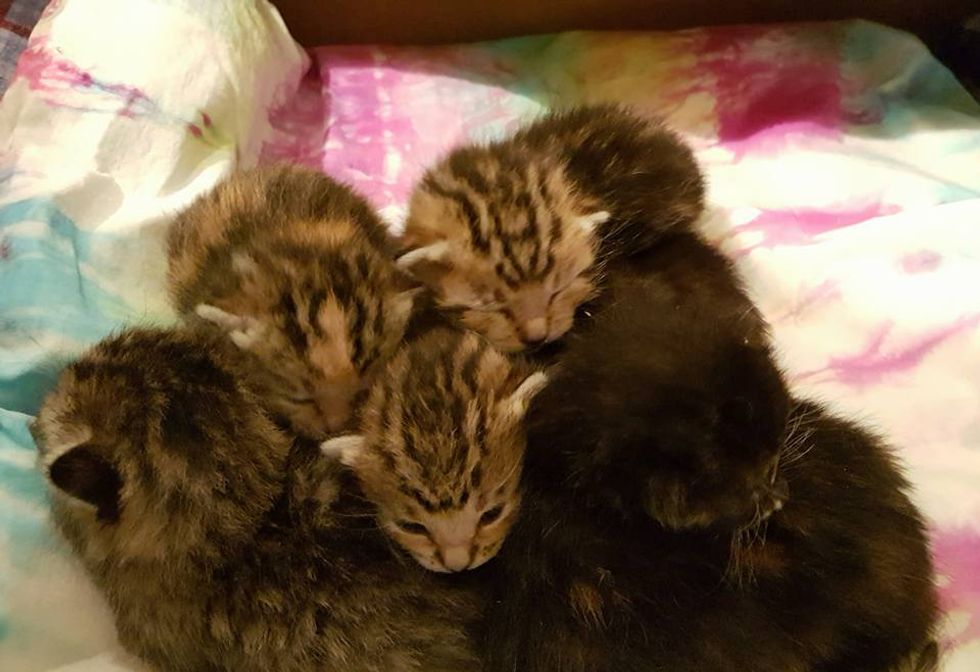 "That foster had to go out of town so we were assigned to keep her until the kittens are old enough to be adopted. We got them at 10 days old, and they were so tiny and could barely see!" Heather told Love Meow.

The mama cat was a little shy to start but was out of her carrier within a couple hours and started purring by the evening! The next day, she came out of her shell completely, showering her foster parents with headbonks and purrs.

Jean, one of the babies, gets her turn on the scale. 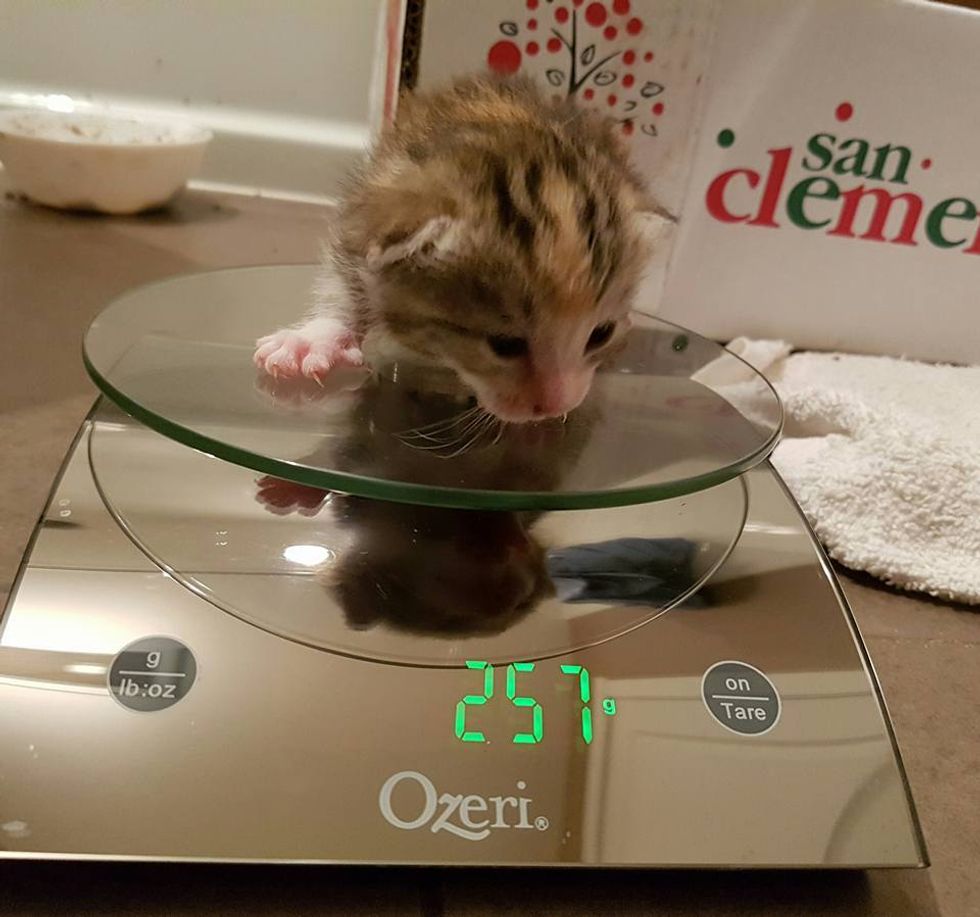 "One of them, Chino, even took 12 days to open his eyes. She was of course a little nervous being in a new place with new people... once we get them settled and she warmed up pretty fast.

"Now she just loves affection and will often get between us and the kittens as if to say 'Hey! Love me! I want pets!' And she's very playful as well." 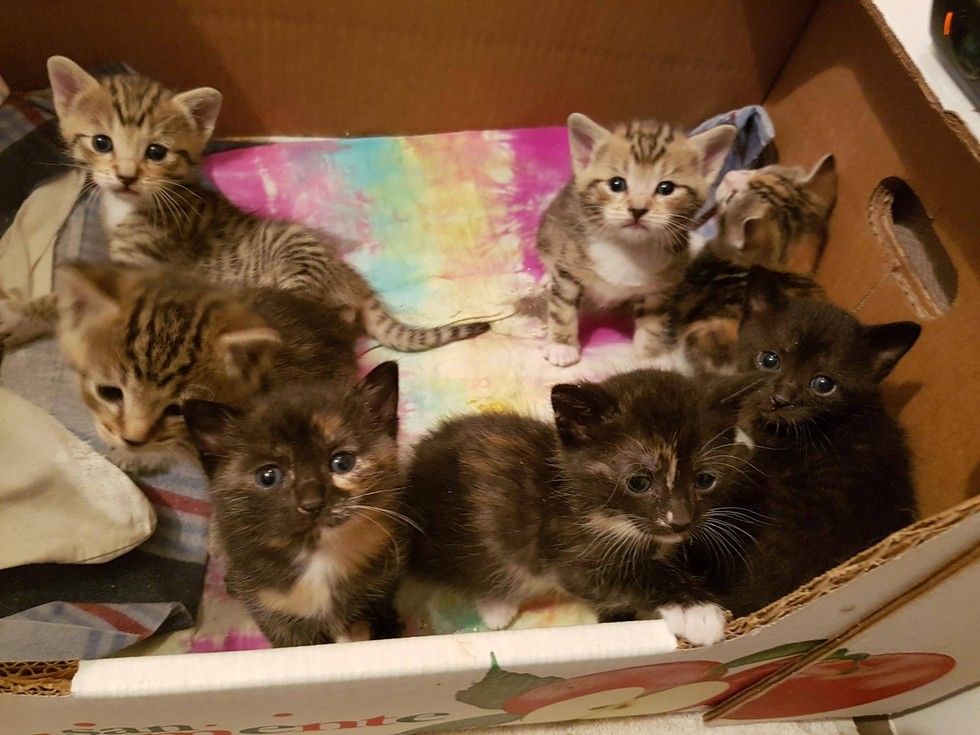 "The kittens are one month old as of May 13. They are all very healthy so far and 5 out of the 7 have started eating wet food so I'm not sure how much longer they will be nursing," Heather told Love Meow. 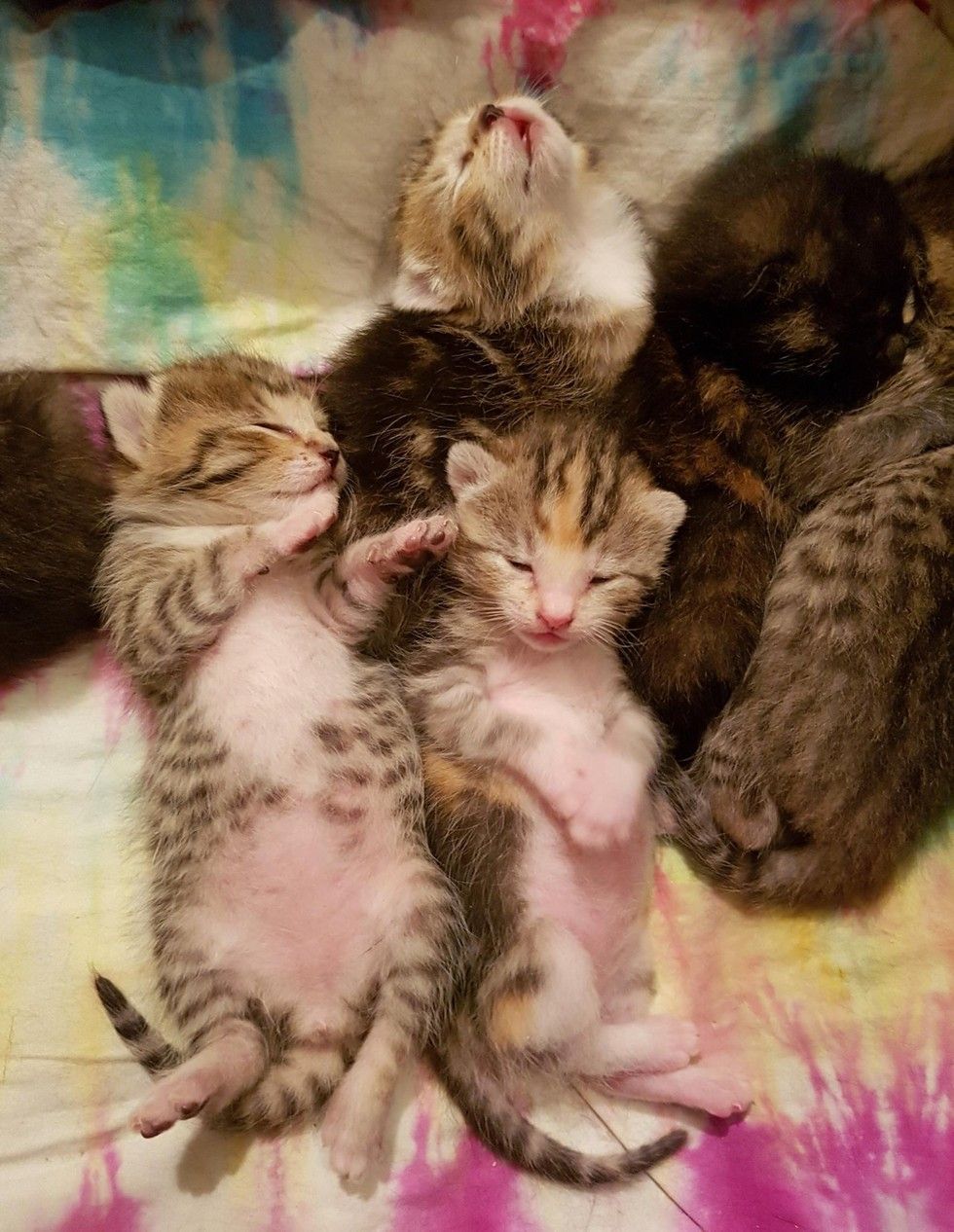 "They're great fosters and they're at the age where they're just starting to tear around and become little troublemakers. The family is doing very well, VERY healthy appetites! 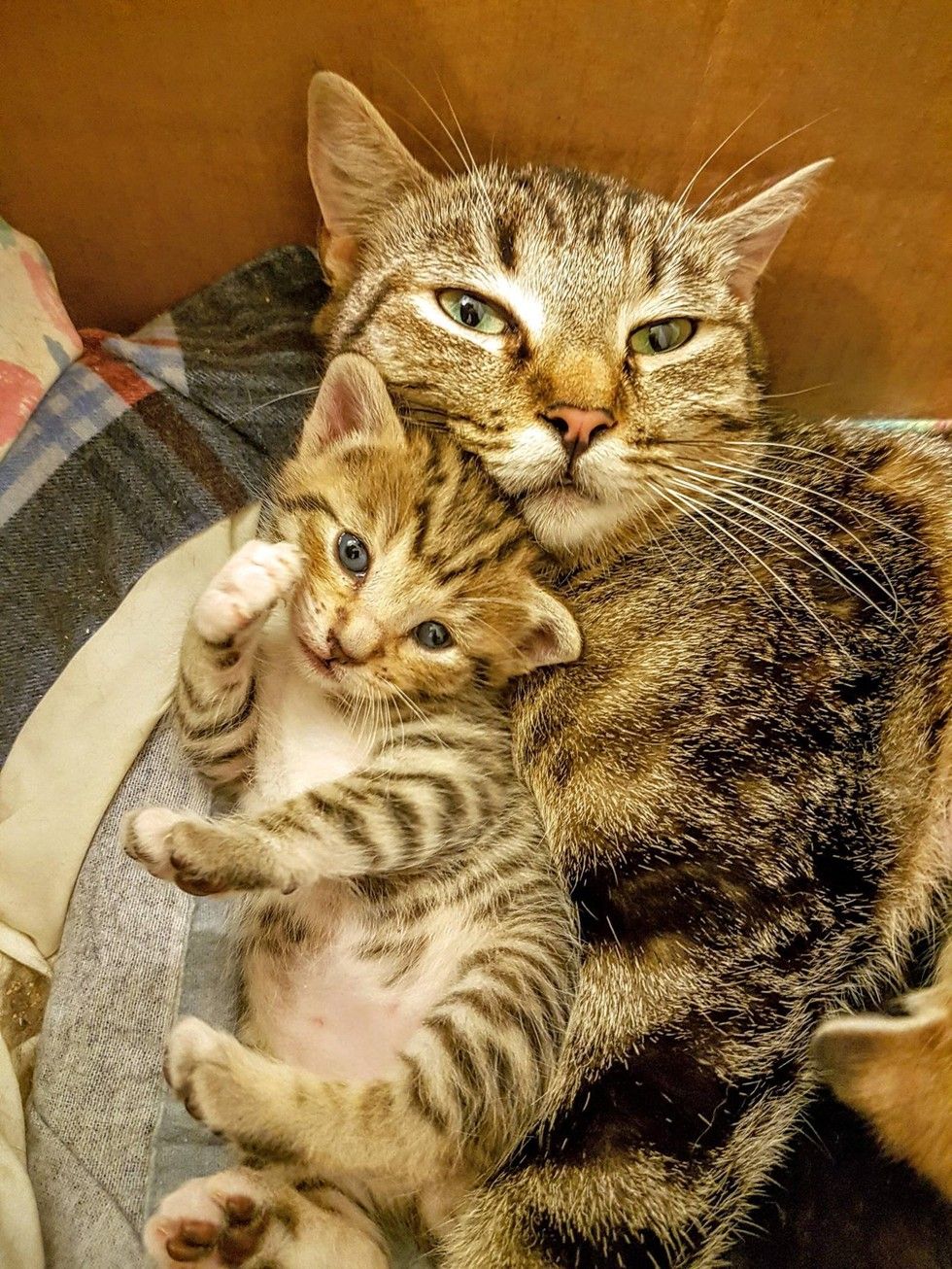 The furry family will be available for adoption once they are big enough.

They just recently graduated from the box and now love exploring around the house. 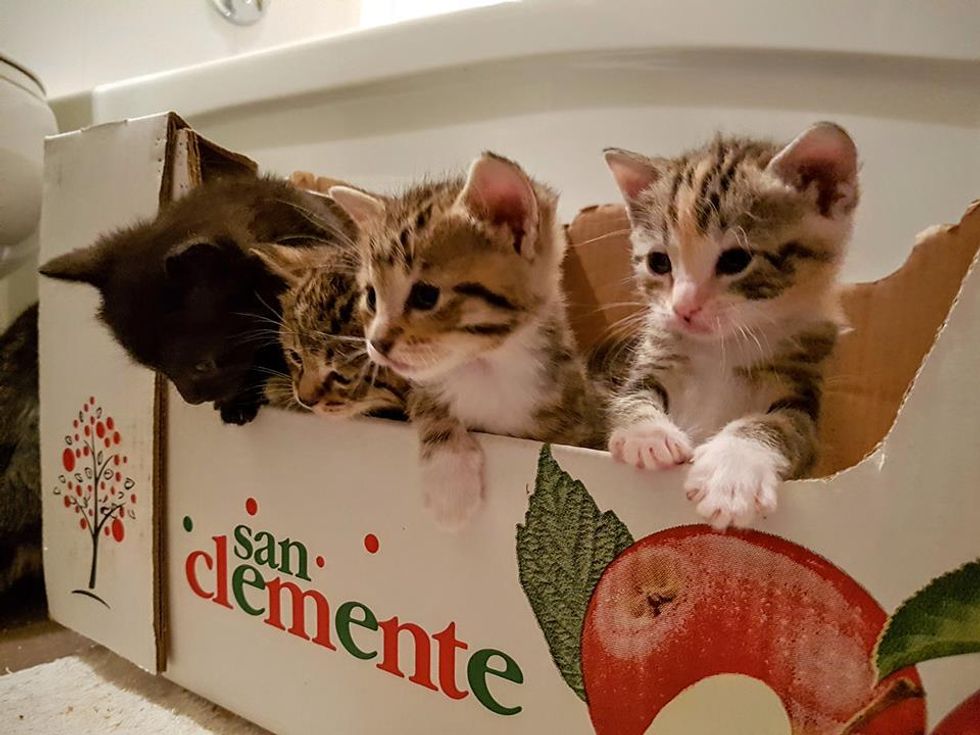 "Kittypants is such a sweet mama and we're positive someone will surely fall in love with her in no time."

This is Pantaloon snuggled by her head and Chino tucked in the back. 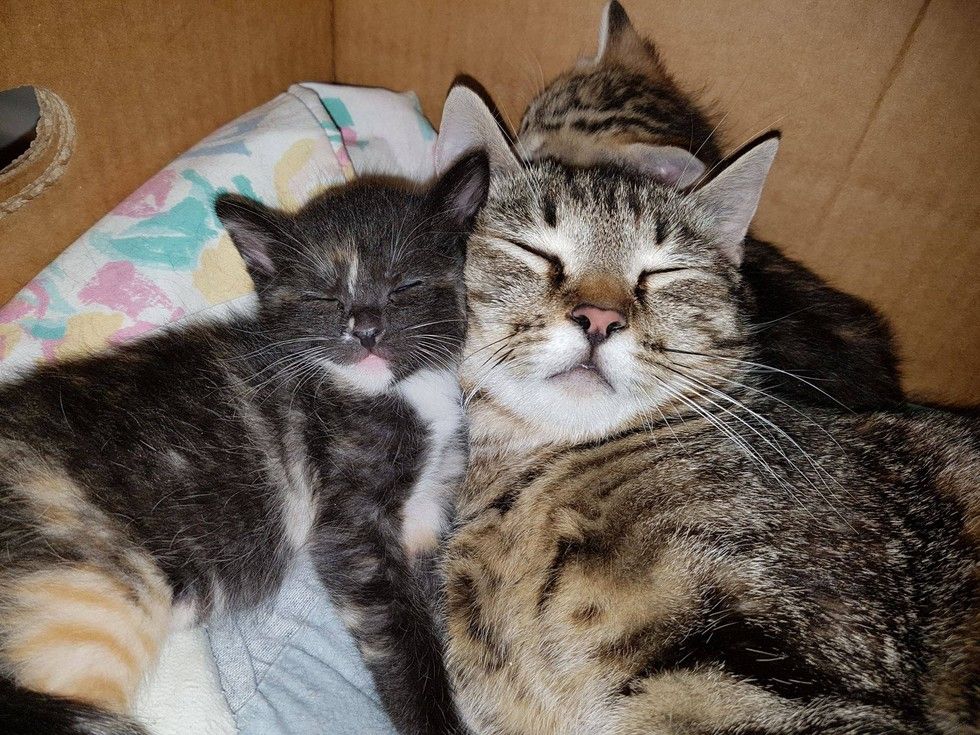