A tiny neighborhood kitten met a man for the first time. He started hissing at him out of fear but a few minutes later, everything changed.

Once he knew the human meant good, he started to purr. 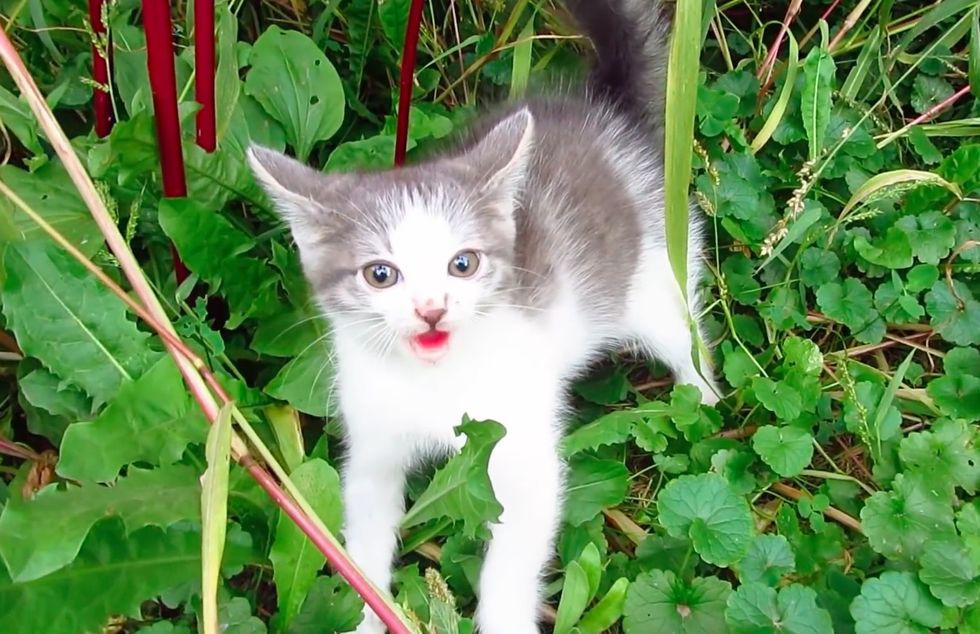 Robin Seplut, an animal rescuer and caregiver from Russia, has been caring and feeding the neighborhood cats for several years.

"I feed feral cats on street. Cats living on street are very hungry. [They] live together, form bonds with each other, and hunt for food," Robin said.

When Robin met this little feral kitten, he grabbed some food as a friendly offer, hoping to earn his trust. The kitten had very little human contact, and when he saw Robin, he was petrified. As Robin tried to approach him, he pounced at him with his claws extended out and followed it with a hissing fit.

Robin gave the kitten some time to calm down before handing him the food. After a few sniffs, things began to change. 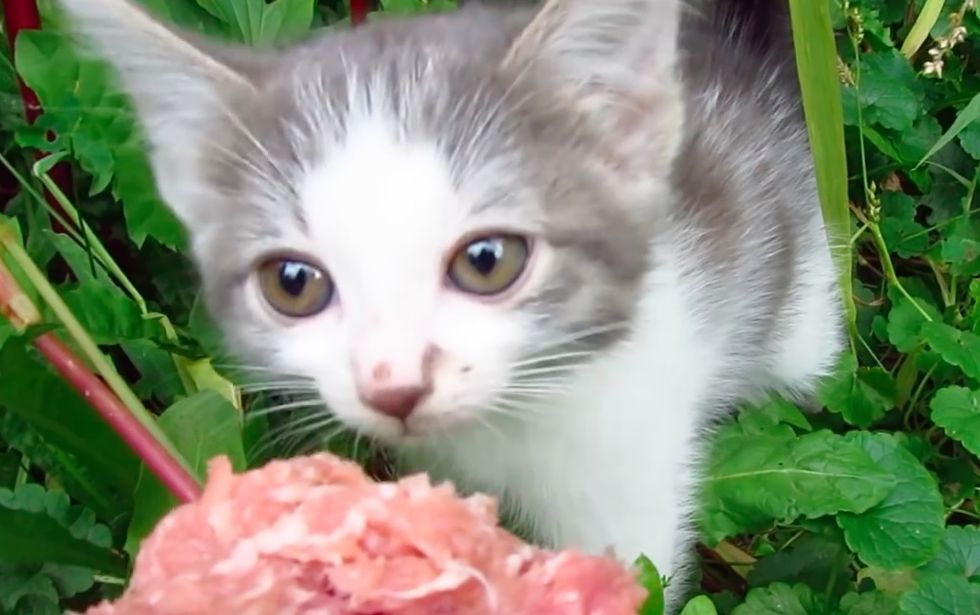 "In my city [there] lives more than 5,000 feral cats. I am unable to help everyone. I help cats in my yard on my street," Robin said.

Just a few minutes after they met, the kitten changed his temperament, and even allowed Robin to pet him for the first time. As soon as he scratched that little head, the purr motor was switched on. 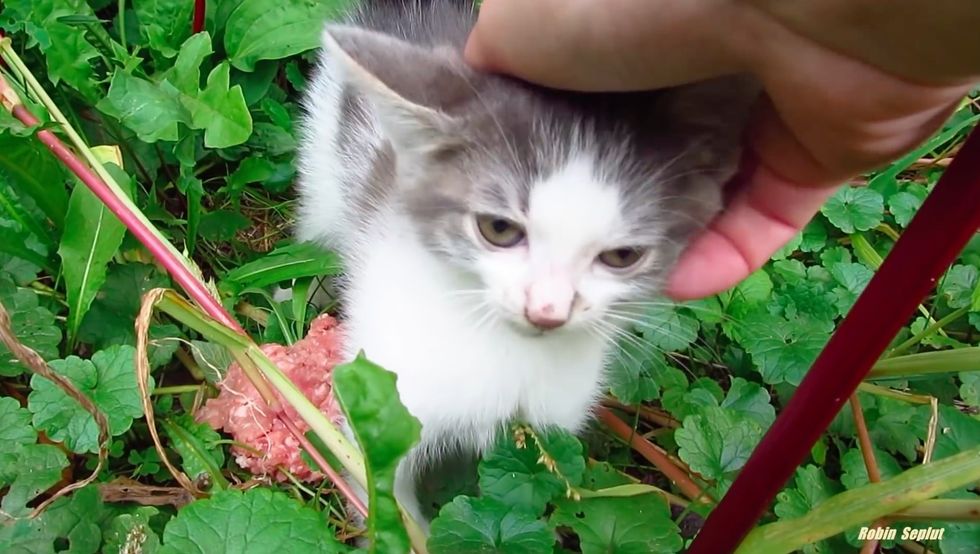 "Cats need attention and love. In winter, the cats spend a lot of time on the snow, and sitting in a tree," he said.

Robin is doing everything he can to care for the kitties and get them spayed and neutered. His yard has become a little sanctuary for the neighborhood kitties.

This kitten is just one of the many feral kitties that Robin cares for. Not only does he feed them and get them the medical attention they need, but he also protects them, keeping them safe.

He knows he can only do so much especially in a place where there aren't many rescuers. He continues helping these beautiful creatures every day so they could live a happy, healthy life. 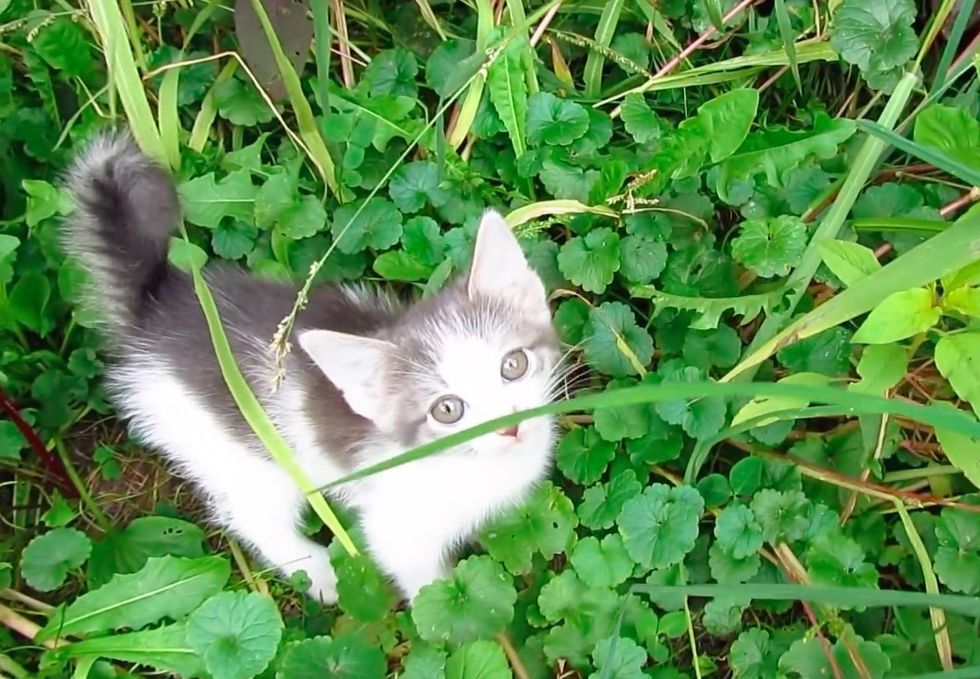