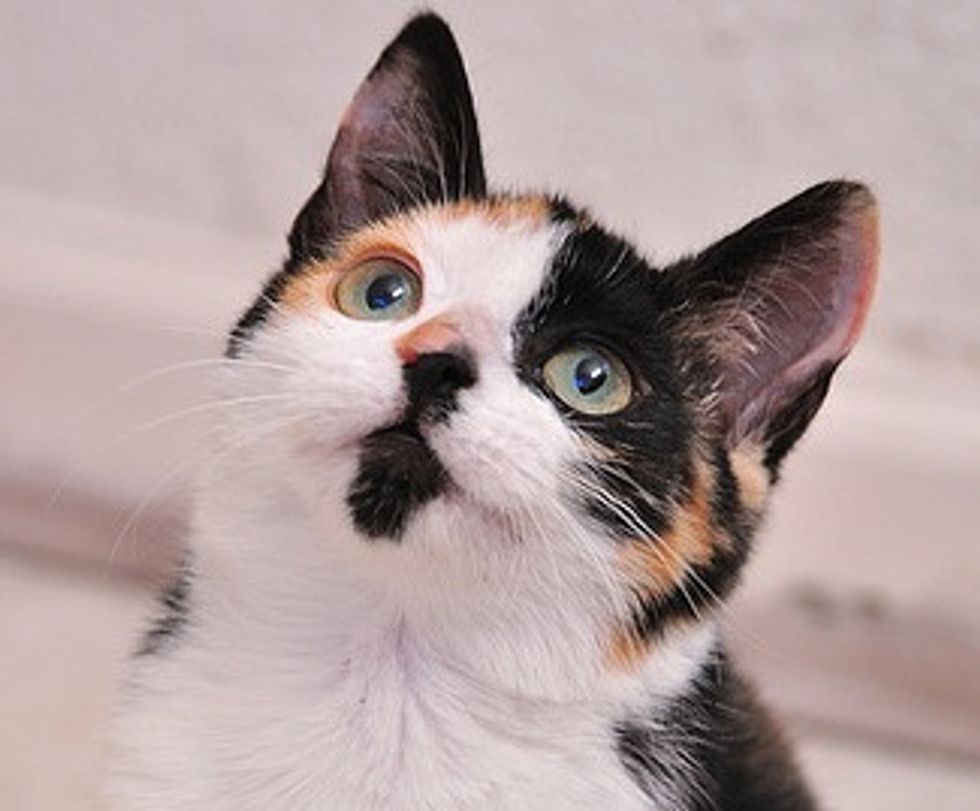 Flirt the Calico Born Feral but a Love Bug at Heart

When Margaret and her family came to Sacramento from Seattle to see their house for the first time, they spotted a little calico kitten in the back yard. "She looked to be about 8 - 10 weeks old." Two months later, Margaret moved into her new home and saw the very same kitten again. The little calico is named Flirt, one of the feral kitties that Margaret rescued, socialized and helped find homes.

"Flirt was actually really easy because she just happened to have genetics on her side. She was just genetically more social. She may have also interacted with humans before, getting food handouts and whatnot, as she was pretty healthy looking compared to the others. At first she was nervous and would hide some, but for the most part she was actually quite comfortable in my presence. She also had extreme curiosity on her side. By the 2nd day she was actively playing with a feather toy with me, and within a week I was able to pet her without food brides and she was very clearly enjoying it."

"Flirt was a real character. She was very curious and active, always wanting attention, always following me around as I cleaned their room and worked with the other cats. It didnt take long before she was bored of the bathroom so we started allowing her into our bedroom to play and hang out at night. And soon after that, into the main area of the house to explore and start socializing. She LOVED to play, especially with the "Da Bird" toy. She would go crazy doing back flips for it, catch it and try to run off with it, growling. She would keep playing until she was panting like crazy. She was a riot!"

Not all feral kitties were willing to socialize with Margaret. Flirt was the one that opened up the fastest. "This girl craved attention and pets. She was still skittish sometimes about our hands, but she goes crazy if she doesn't get her daily loving. Petting is pure ecstasy for her. She loves it. She may have been born feral, but she is happiest with a human to command."

Flirt was adopted to a loving home. "This kitty was born to live with humans."

Photos courtesy of ©Margaret(flickr: Margaret and the Beasts, Margaret's blog: The Beasts - a blog, Facebook page).