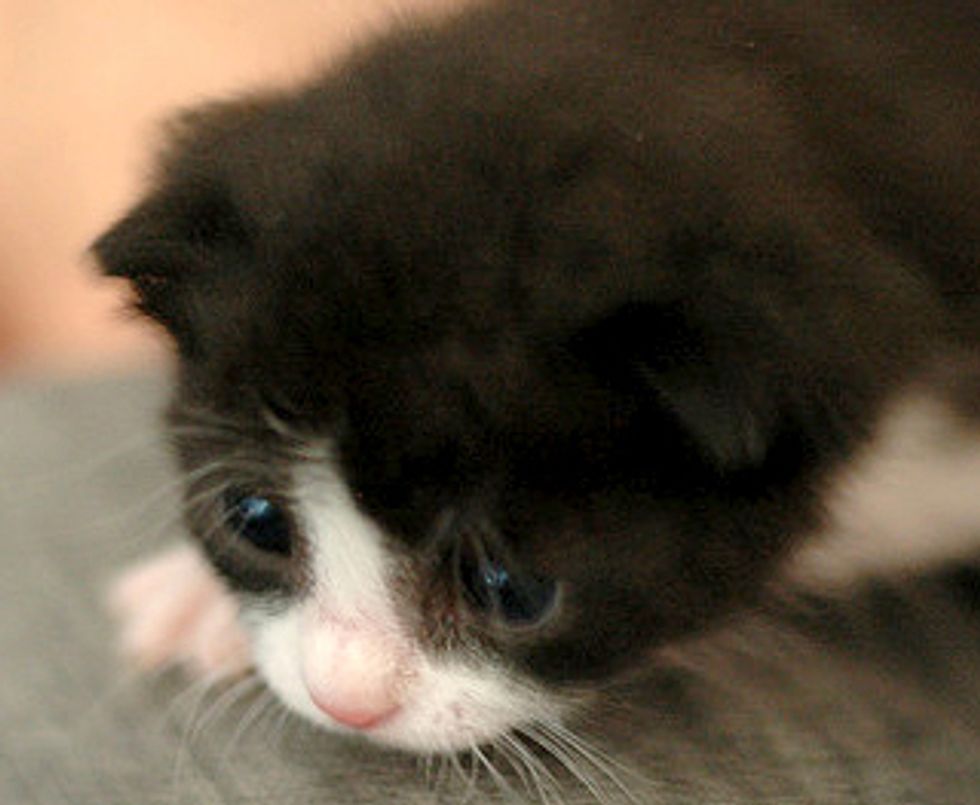 Rose' friend Beth found a new born kitten in her house, apparently left by a feral cat mama. She took her in. The little one was only two weeks old.

When Beth went traveling, Rose brought the kitten to her home to foster. "She (Beth) needed someone who could bottle-feed a tiny kitten. Me! If Twyla (Rose's other cat) doesn't freak out too much, I expect we will keep her. If she can't get used to the idea, then we'll just foster her until Beth gets done traveling," said Rose two years old when she started fostering the kitten.

The little one was then named Tenzing. "Tenzing is an explorer. She loves to climb, and that's how she got her name."

"She's a lot of work, but she repays it in cute." When Tenzing was still a wee baby, her paws were so big compared to her size, but they were still very tiny compared to a cat. As soon as she started climbing and kneading, Rose fell in love.

"She is incredible. She makes me laugh so many times a day. It's wonderful," said Rose. "She's my little sweetie cat. I nursed her from two weeks old and a handful of nothing to the fine young cat you see before you. She's now going on two years old. But still teensy, I think she weighs less than seven pounds."

Tenzing did not go anywhere after she arrived in Rose's home. She and Twyla became friends and she and Rose bonded. From the day she came to her new foster home, little did she know, it was meant to be her forever home.