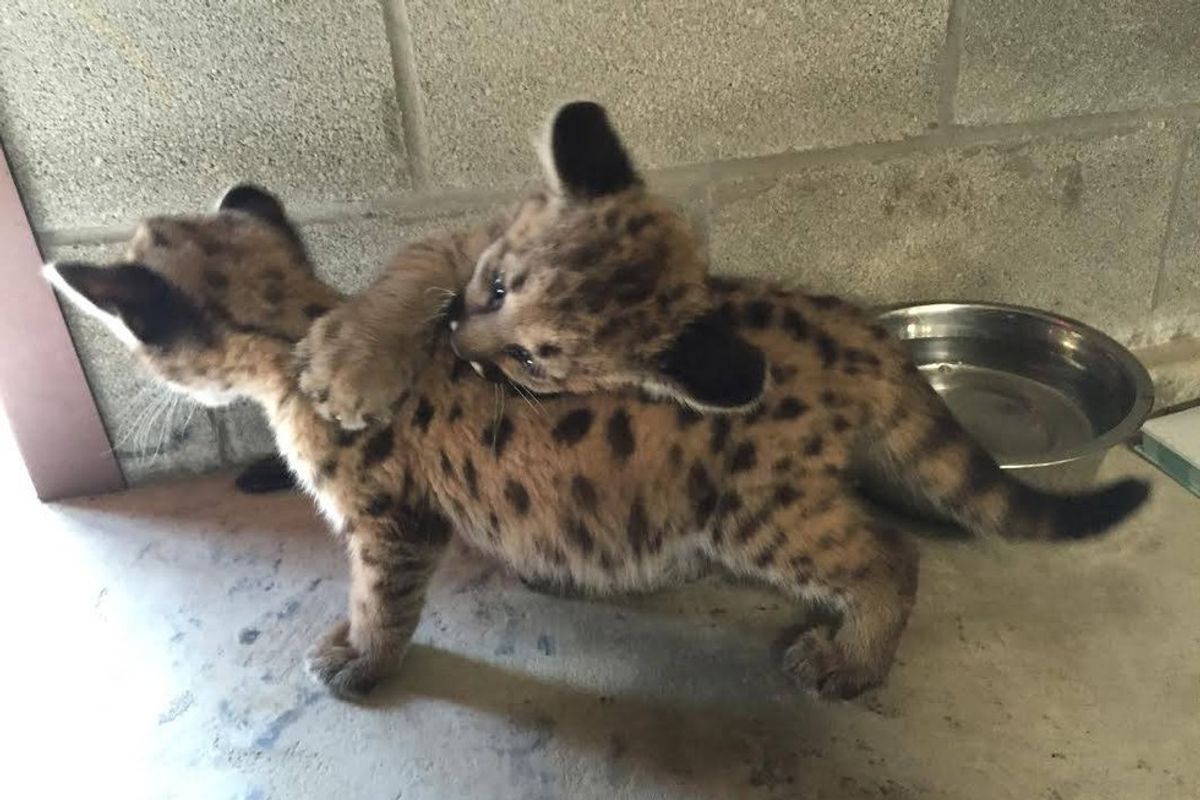 A rescue cougar kitten bonded with three other orphaned cubs. They became inseparable like family. 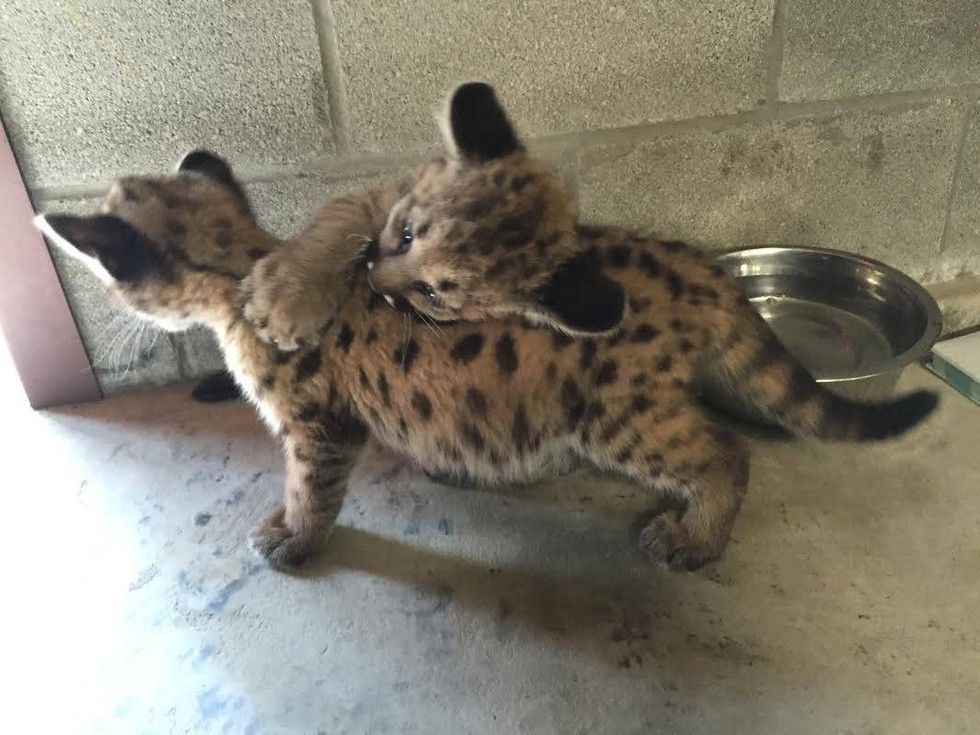 Three tiny orphaned cougar cubs were found wandering without a mother in sight. Washington's Department of Fish and Wildlife (WDFW) began to monitor the three babies after receiving the report about them.

"The department monitored them via remote camera for several days. After their mother did not return, the department stepped in and rescued the cubs," In-Sync Exotics Wildlife Rescue said. 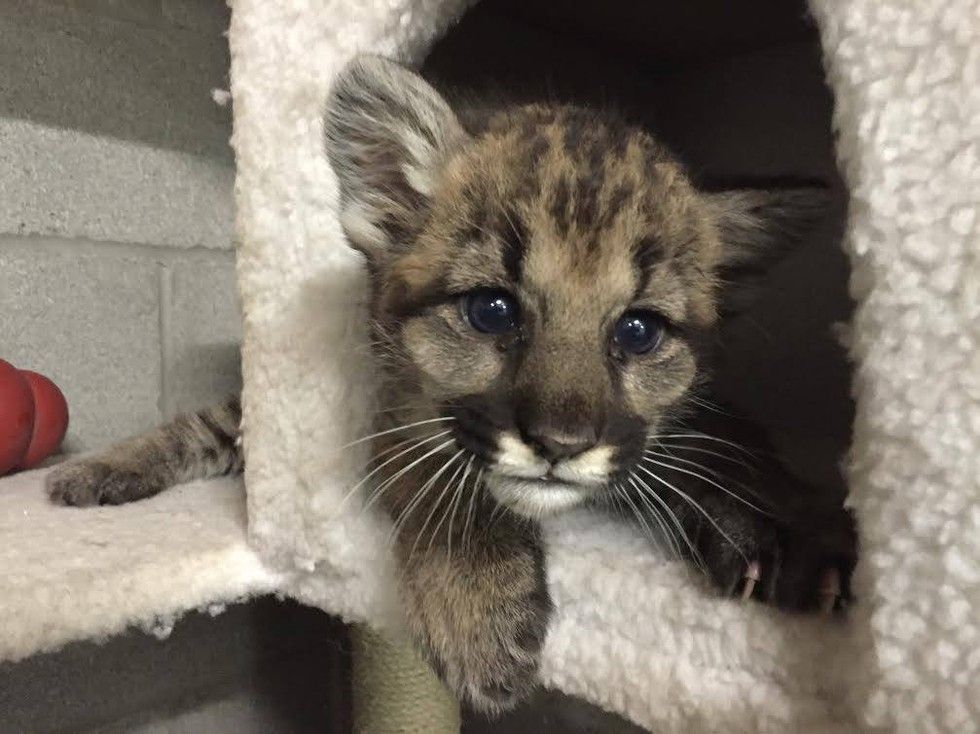 They took in the cubs and started looking for a rescue that could give them the care they desperately needed.

That's when they got in touch with In-Sync Exotics Wildlife Rescue. "There is no information available as to what happened to their mother." 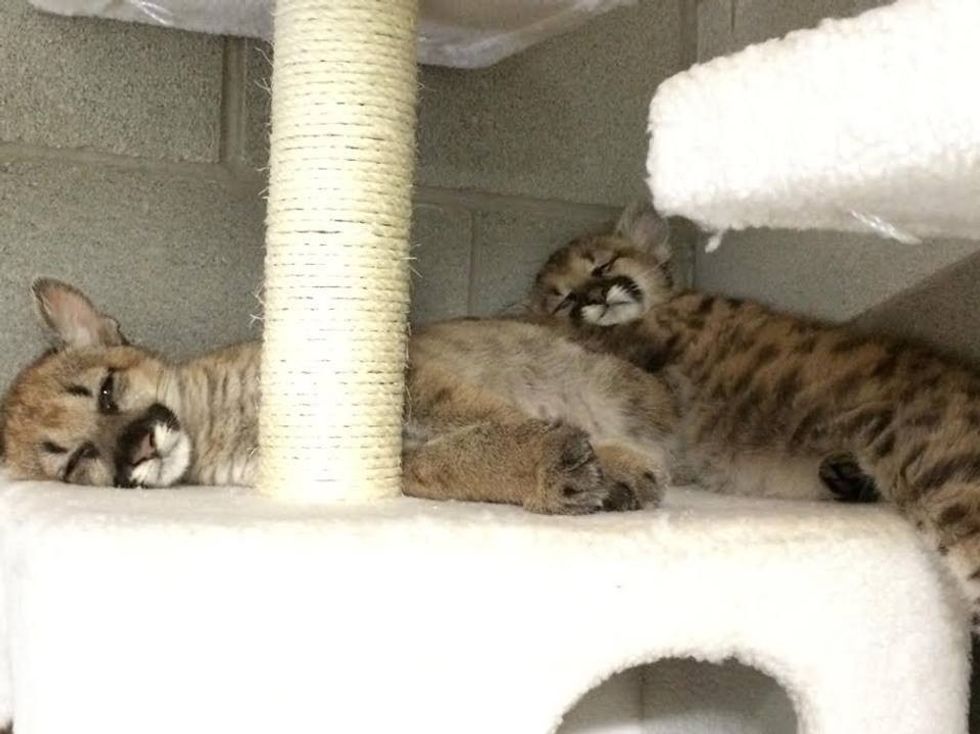 Little did they know, a few days after they got the three cougar cubs, a fourth motherless baby appeared.

"A fourth female cub was found orphaned outside a forest fire area a few days later." 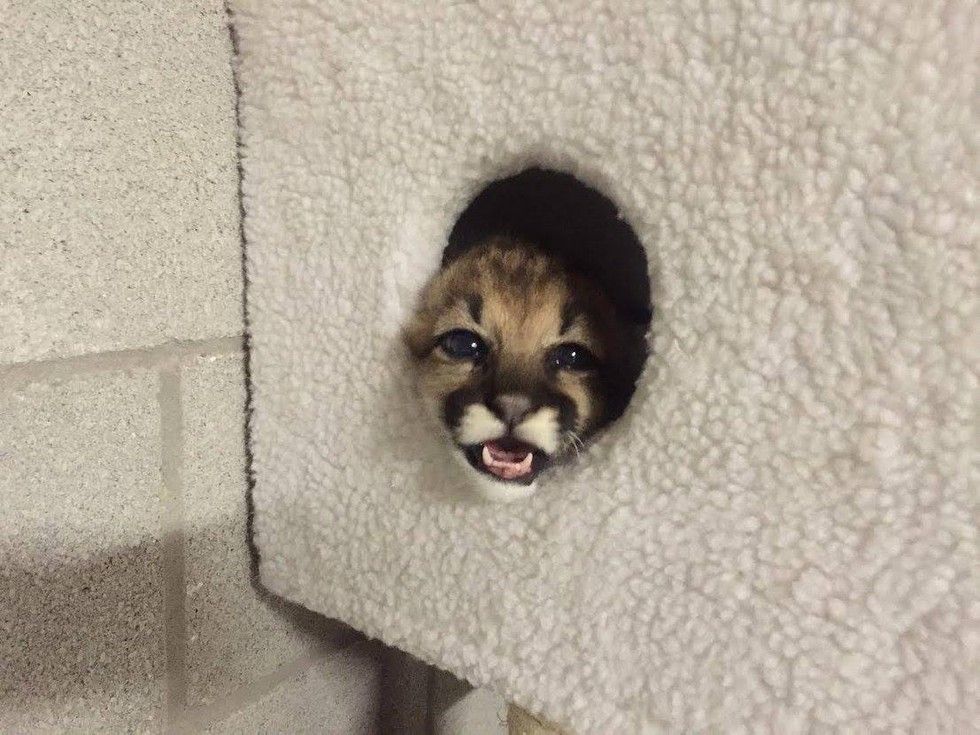 In-Sync took the little cub into their sanctuary and introduced her to the three rescue siblings. 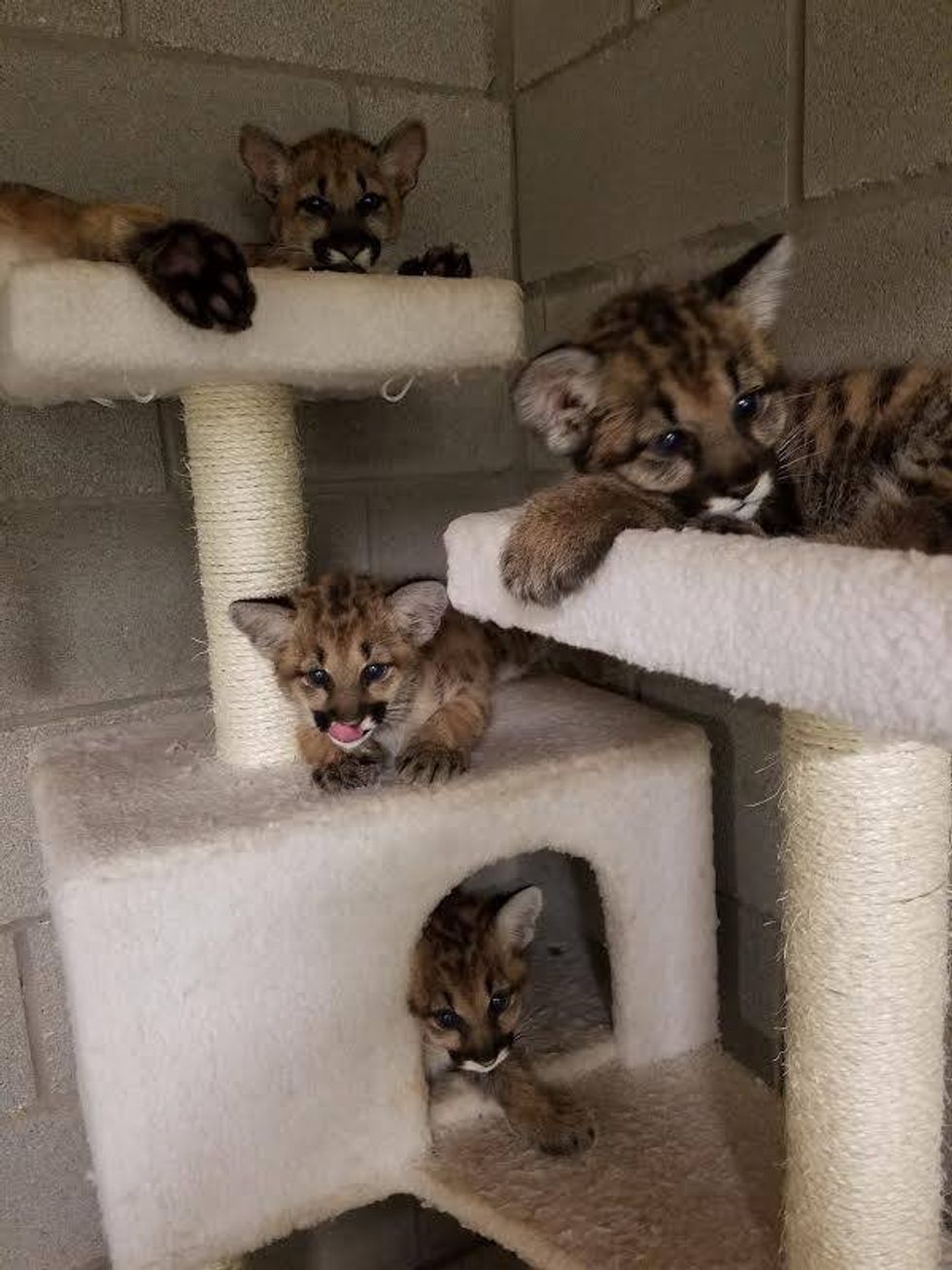 "We researched rehab and release possibilities for these babies. We could only find one place (in Santa Fe) that has even tried it, but they have had very poor success rates."


They felt that their chances of surviving after release were very slim, so they gave the four cubs a forever home at the sanctuary in Texas.


"In about a month, they will be able to be moved to a large enclosure with a covered den area and a large outdoor grassy area, complete with tons of toys, platforms and ramps!" 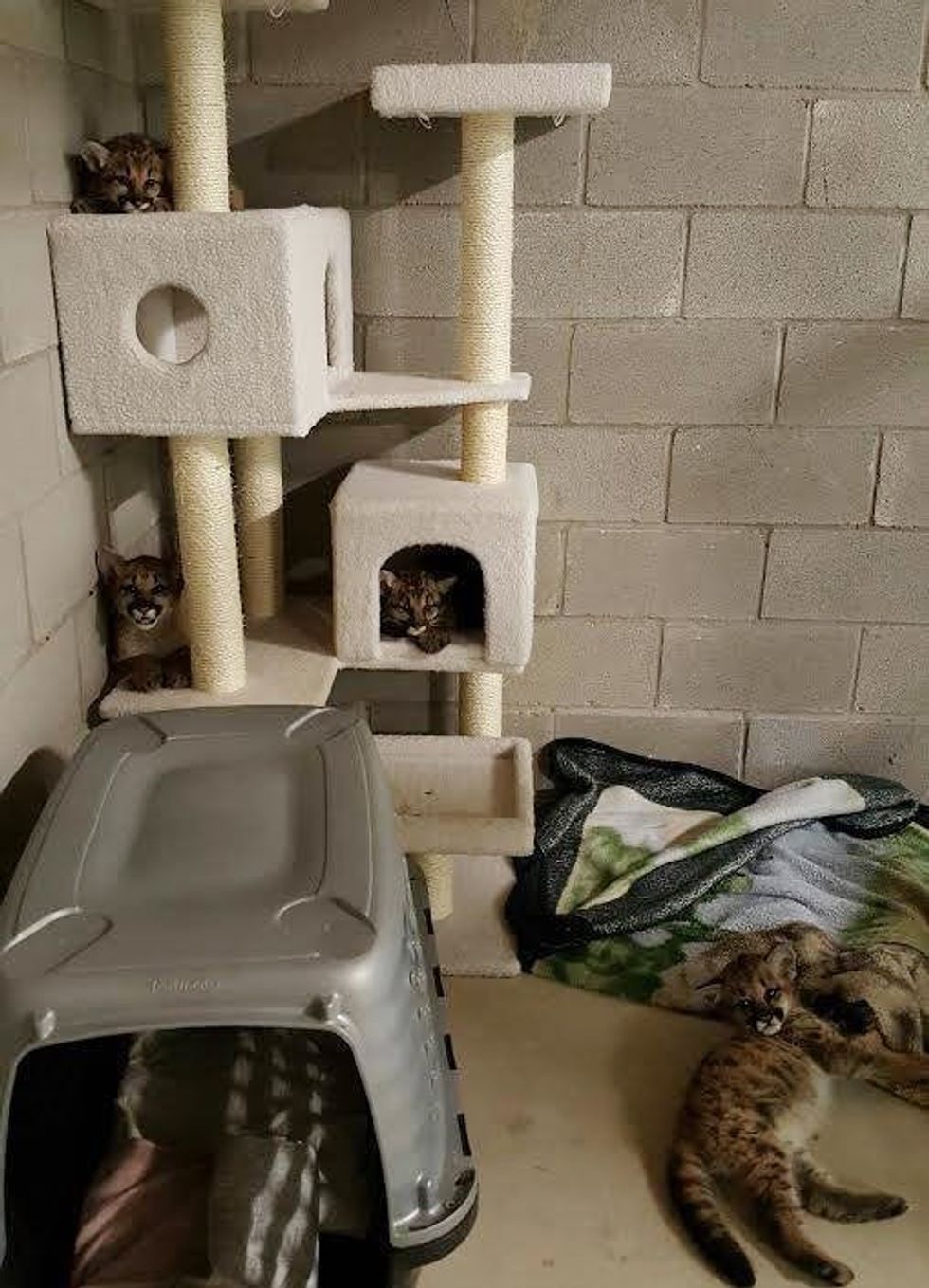 The three siblings have accepted their older sister from another mother. They play and snuggle together in their new dwelling like a big family.

They are loving their new lives. 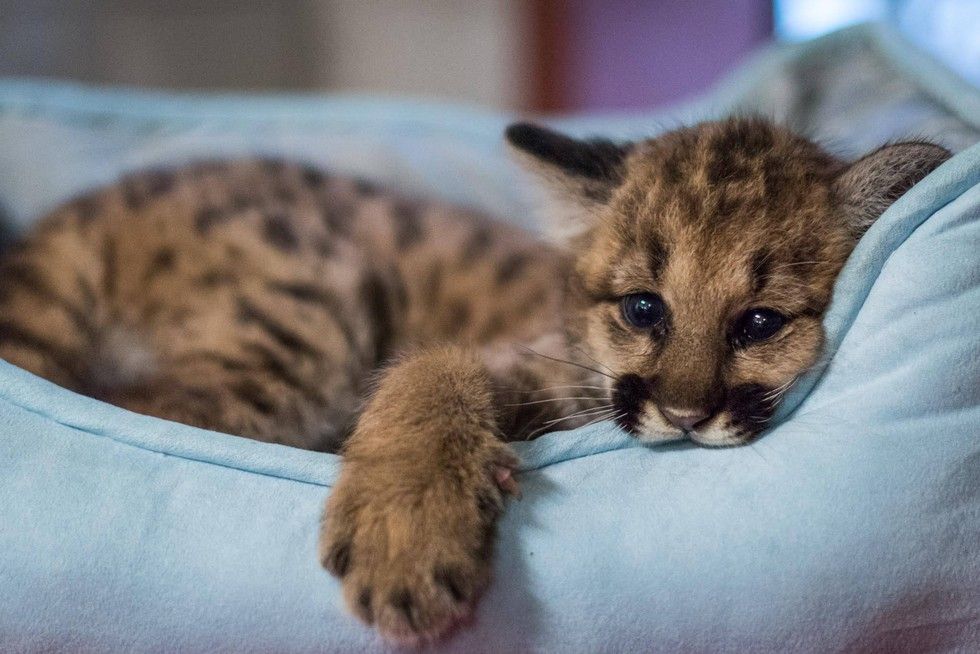 Outlaw, Sage and Scarlett are from the same litter, and their older sister Malice loves to curl up with them during nap time. 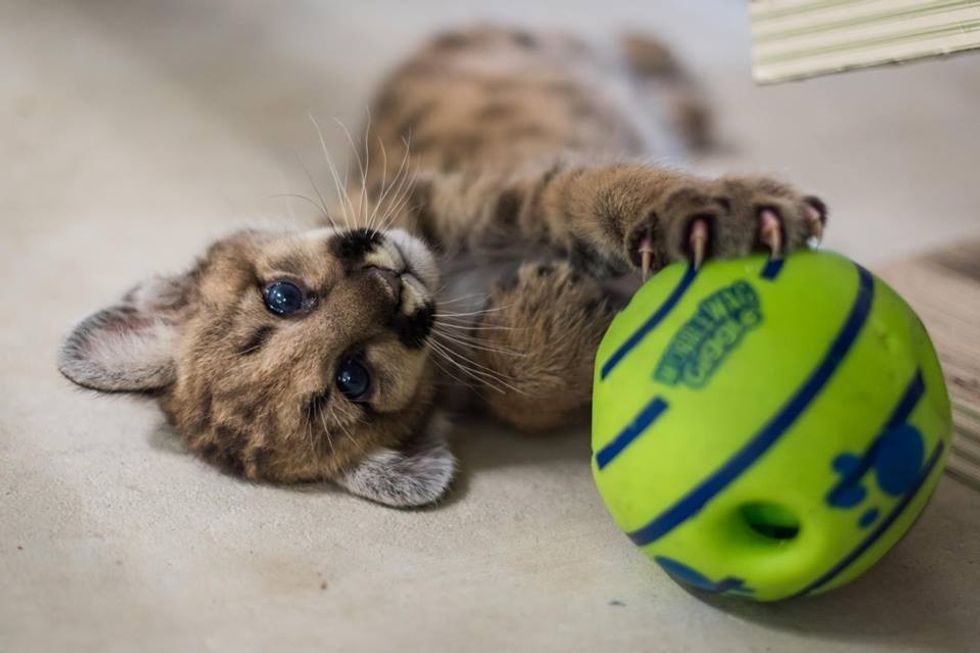 Outlaw playing with his blankie, and then Malice gets interested!