Orphaned Kittens Found in a Barn with Very Unusual Markings

Two newborn kittens were found in a barn in Gaston, Indiana. Their eyes had not yet opened when Alicia Jones spotted them. What caught her eyes immediately was the kittens' markings which resemble those from an exotic wild cat. 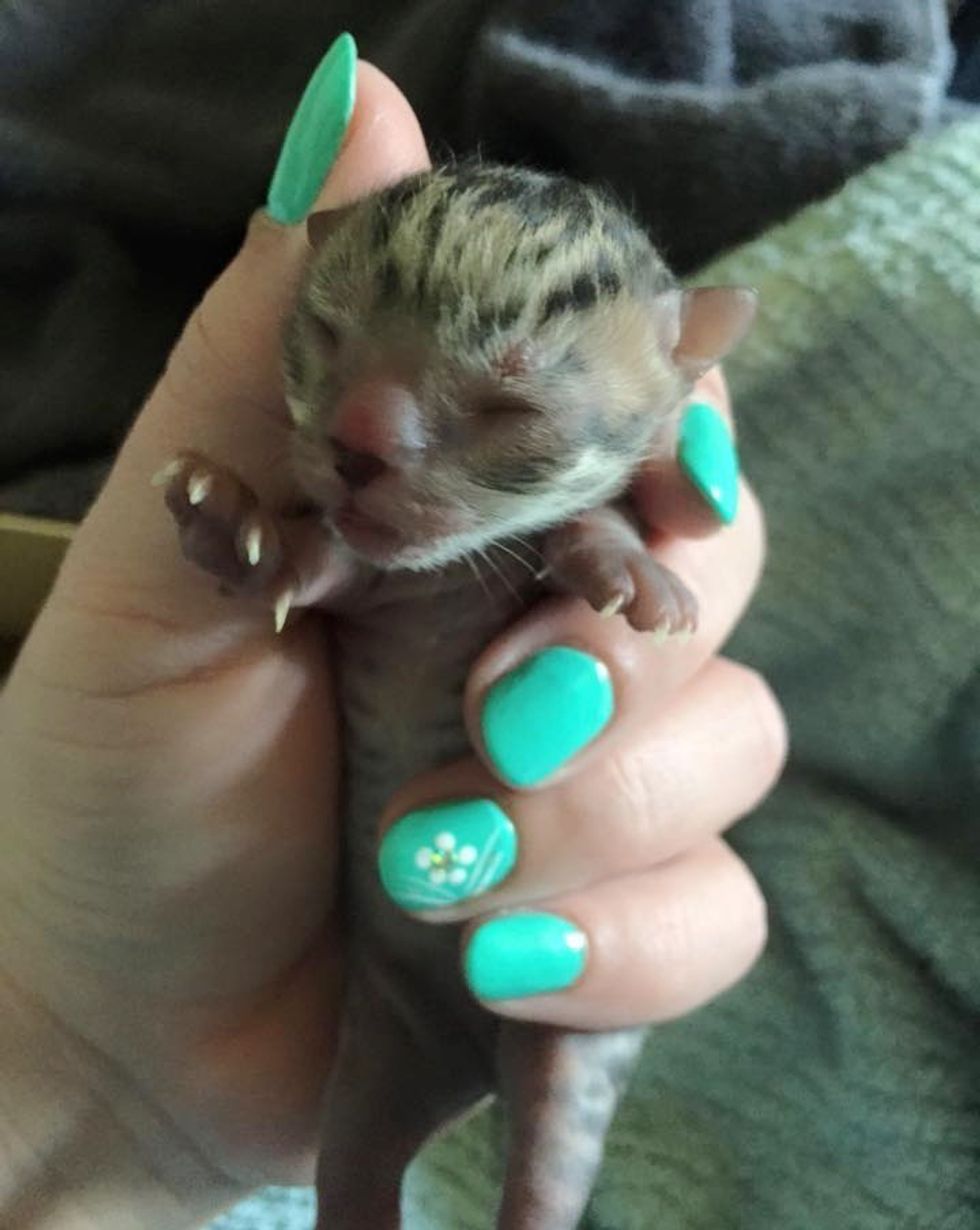 Jones brought the kittens to the Animal Rescue Fund (ARF) on Saturday.

"The kittens were taken to a local veterinarian who said they were exotic animals, possibly of mixed parents," ARF said on Facebook.

Knowing that the kittens weren't regular house cats, they contacted Exotic Feline Rescue in Center Point, Indiana to get the kittens the proper care they needed. 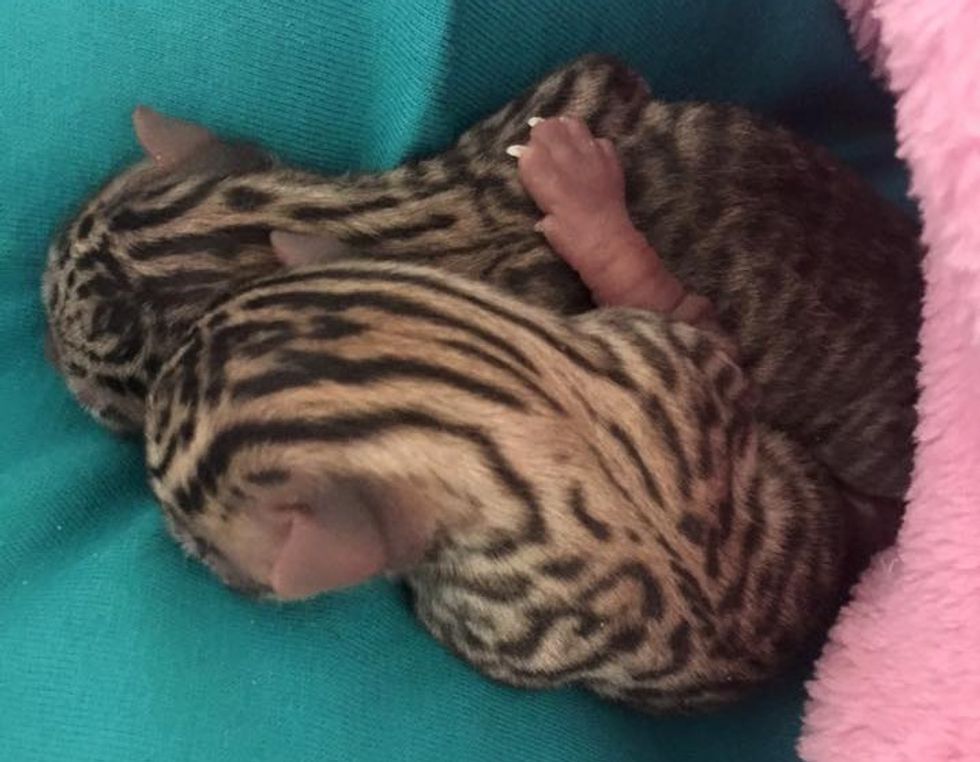 "They were taken to our Vet and feeding was attempted. They were kept warm and cared for until the rescue arrived to pick them up. They were preemies and very fragile. No mother or other kittens were in sight. We did the very best for them that we possibly could," ARF said.

One of the kittens unfortunately didn't make it but the remaining kitten is being bottle fed and is placed in an incubator. 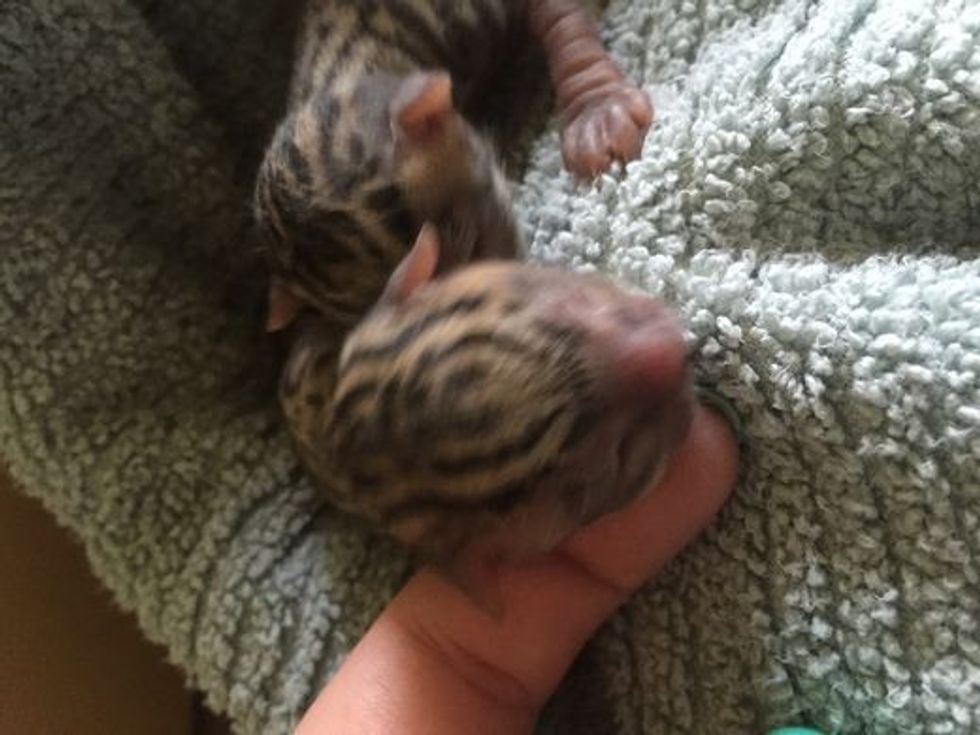 They are still trying to determine the breed of the kittens. So far they have ruled out a few options: tiger (too small to be baby tigers), bobcat (have long tails). It's likely that they are Bengal or Savannah cats - domestic and wild cat hybrids.

According to Exotic Feline Rescue, it is unusual for a Bengal or Savannah cat to give birth in a stranger's barn. 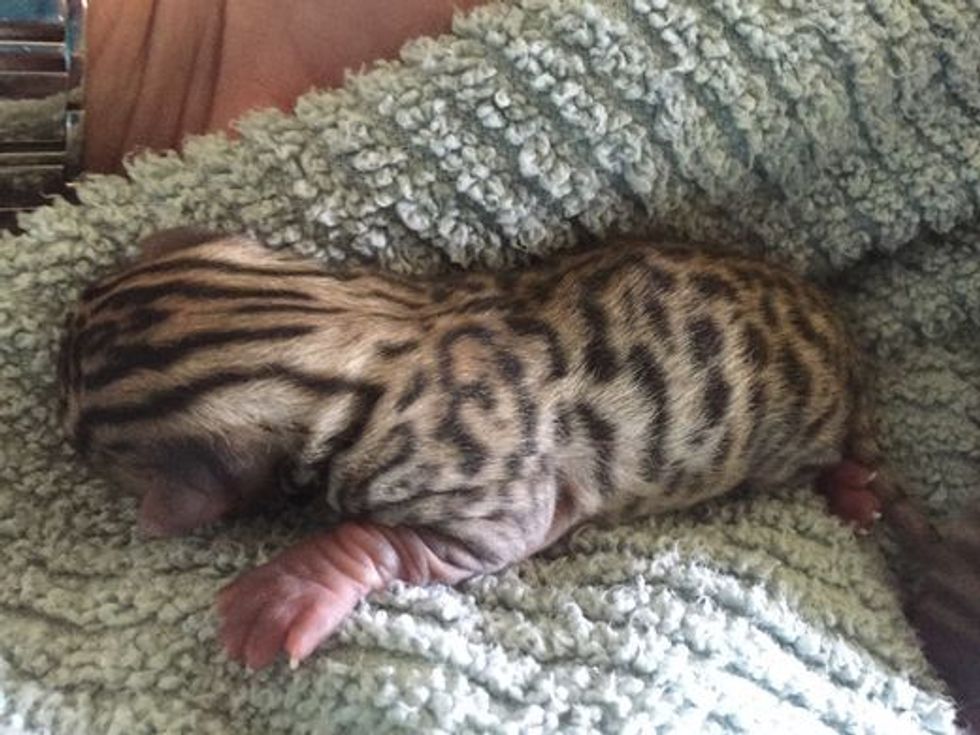 "We do realize people may love their pet hybrids, but it puts a demand on breeders getting servals and other smaller exotics to keep up with the exotic pet market, a market we are against," Minnesota's Wildcat Sanctuary wrote on their blog. There are also many problems behind the breeding of hybrid cats.

Every year about 3.4 million cats enter animal shelters nationwide. If you are looking to adopt a cat, visit your local shelter or at petfinder.com.