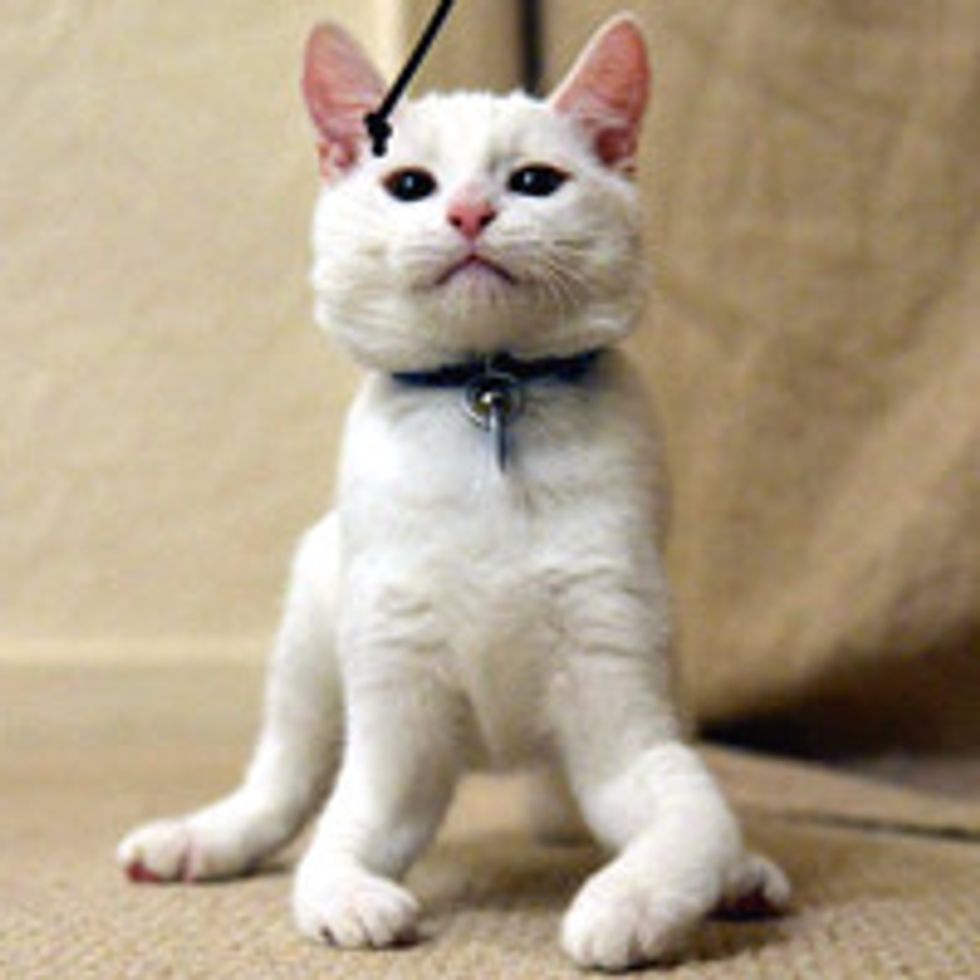 Harvey the kitten may not be able to land on his front feet, but he has learned to improvise. He was born without bones in his front legs, but the little guy has learned to walk on his elbows and is as happy as he can be.

The four month old kitten was rescued after being listed for sale online by his cruel owner. A woman felt sorry for him and took him home but later realized that he clearly needed treatment. Cats Protection took Harvey in and found him a home with 'foster carer' Liz McCulloch, "who says the cat happily uses its elbows to walk and play," according to Daily Mail.

Harvey has a condition called radial agenesis which means the bones that connect the upper half of his front legs to its paws never developed, but that doesn't stop Harvey from doing what kittens do.

Cats Protection is helping little Harvey to get his missing bones replaced with metal pins. The operation will help him correct his condition and avoid spinal injury as he grows bigger.

However, Harvey doesn't think there's anything wrong with him. "…He runs around on his elbows and happily plays with my other cat and dog… I have been fostering cats for 25 years and I've never seen a cat with his condition, but it doesn't slow him down," she added via Daily Mail.

Harvey the kitty born without bones in his front legs, but he doesn't think he's any different