A little kitten was spotted in a small town near Houston, Texas after he had ridden to a store in the engine compartment of a car. 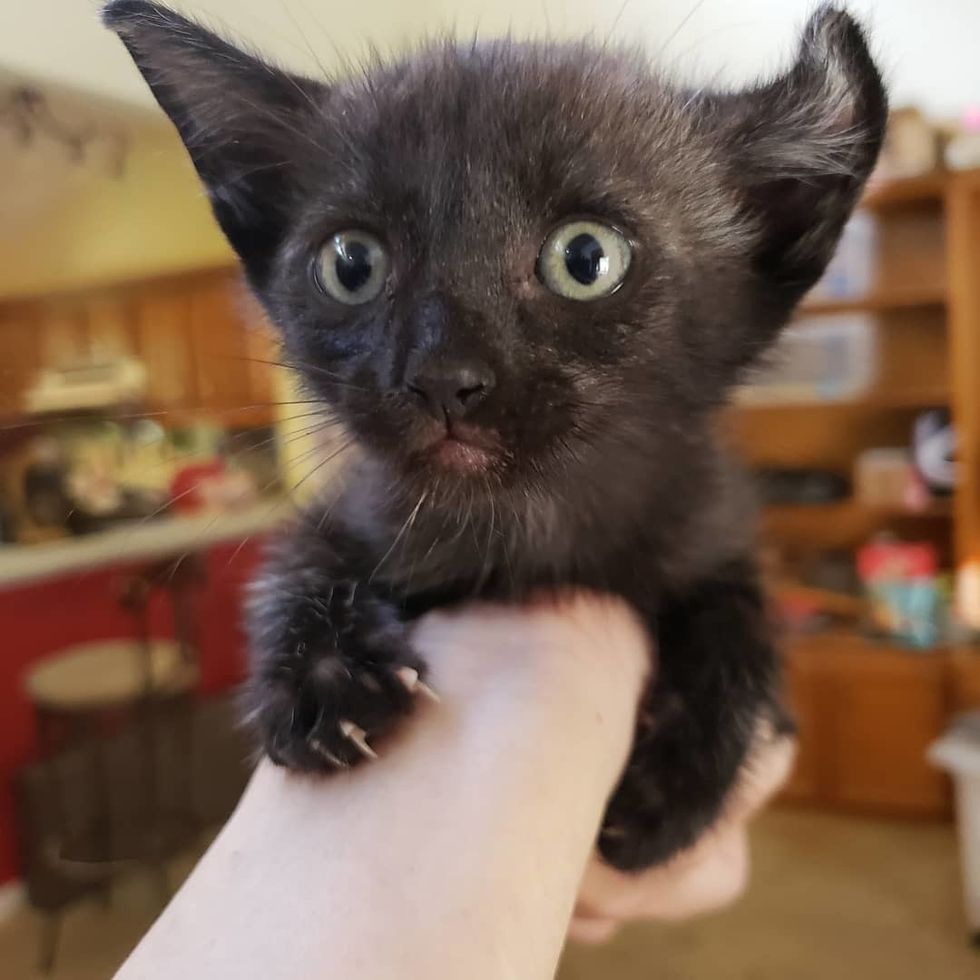 Mary was in the store parking lot when she heard the kitten's cries. She followed the sound to the car parked in a handicap spot close to the front of the store. As she crawled under the vehicle, she saw a tiny black kitty desperately trying to get out.

"He got trapped when he tried to escape. He was caught by his back legs in all the wires and rods behind the wheel. His ear, paw and nose had been singed by the hot metal of the engine," Mary told Love Meow.

No one knew how long the kitten had been stuck in the car, but Mary only had one goal in mind - that was to save him.

"As soon as I got him free, I held him to my chest and scooted back out from under the car to look at him and assess his situation." 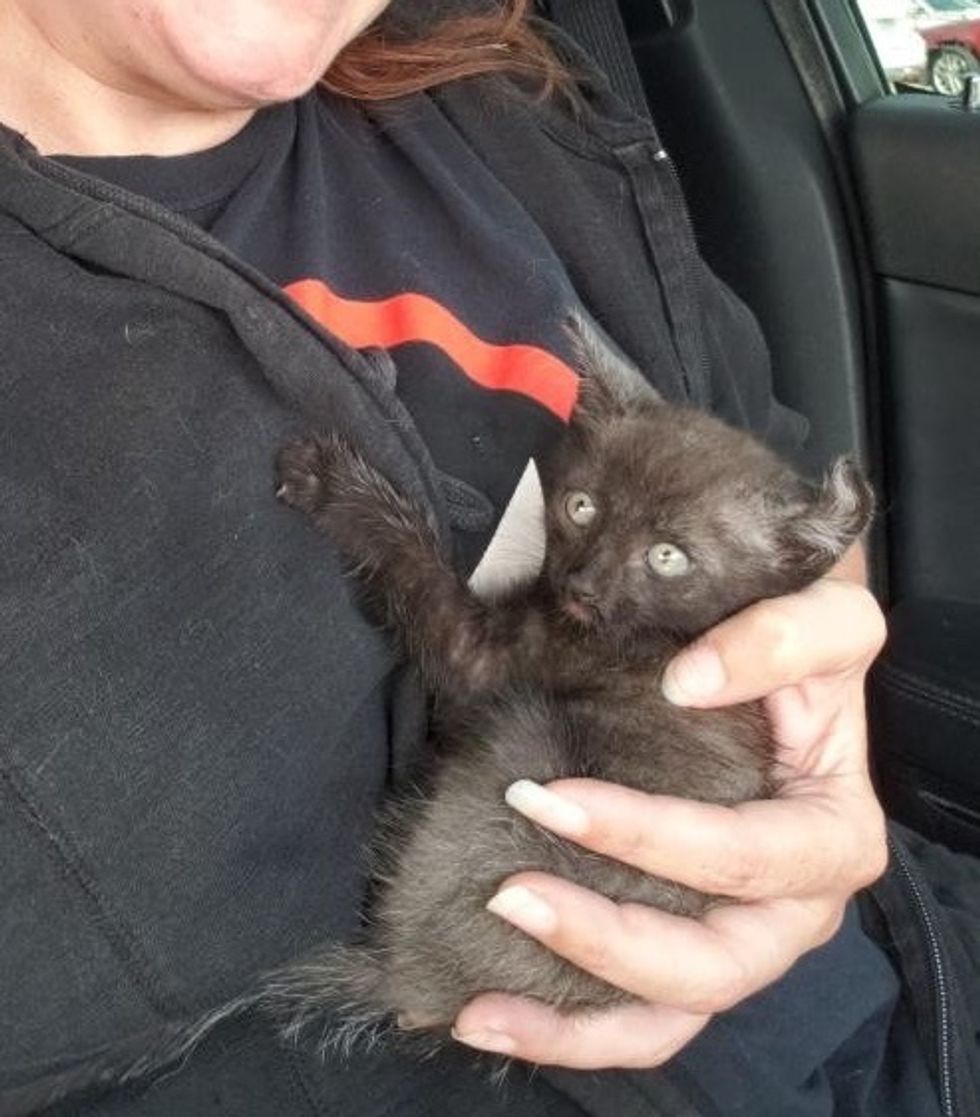 She tucked the little guy in her jacket and gave him some time to regain his composure. After about 15 minutes, he finally came to terms that he was not stuck any more.

"When he realized I was trying to help him he stopped crying immediately and relaxed onto my hand." 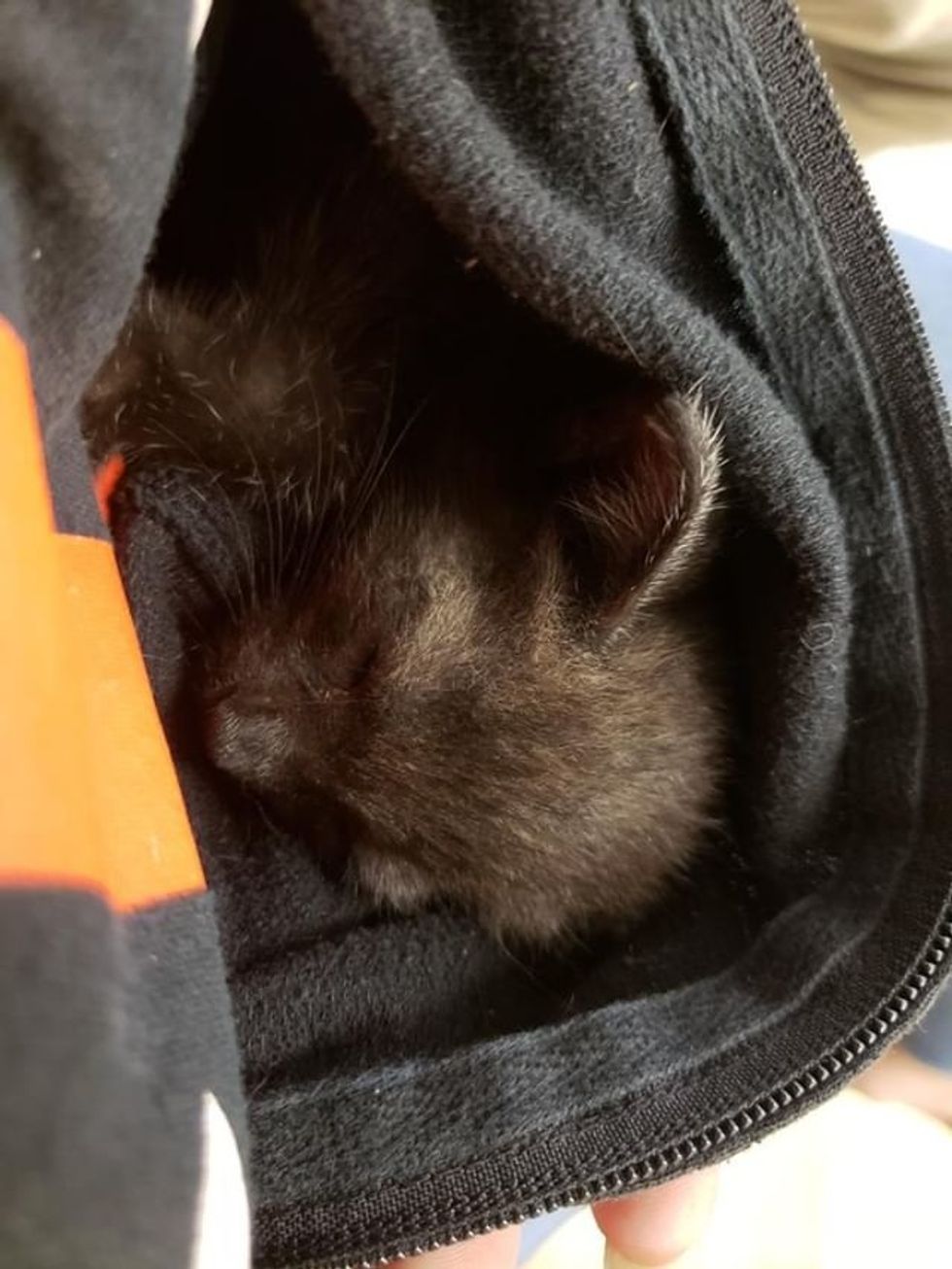 The kitten whom she named Kesto, was in rough shape. He was severely dehydrated and malnourished. "His front legs were slightly bowed from malnutrition, and his claws stuck out like grizzly bear feet. He had trouble even standing on his own for the first couple days."

Aaron, Mary's husband, wasn't sure if the little guy would pull through. "But I knew he could do it," she said. 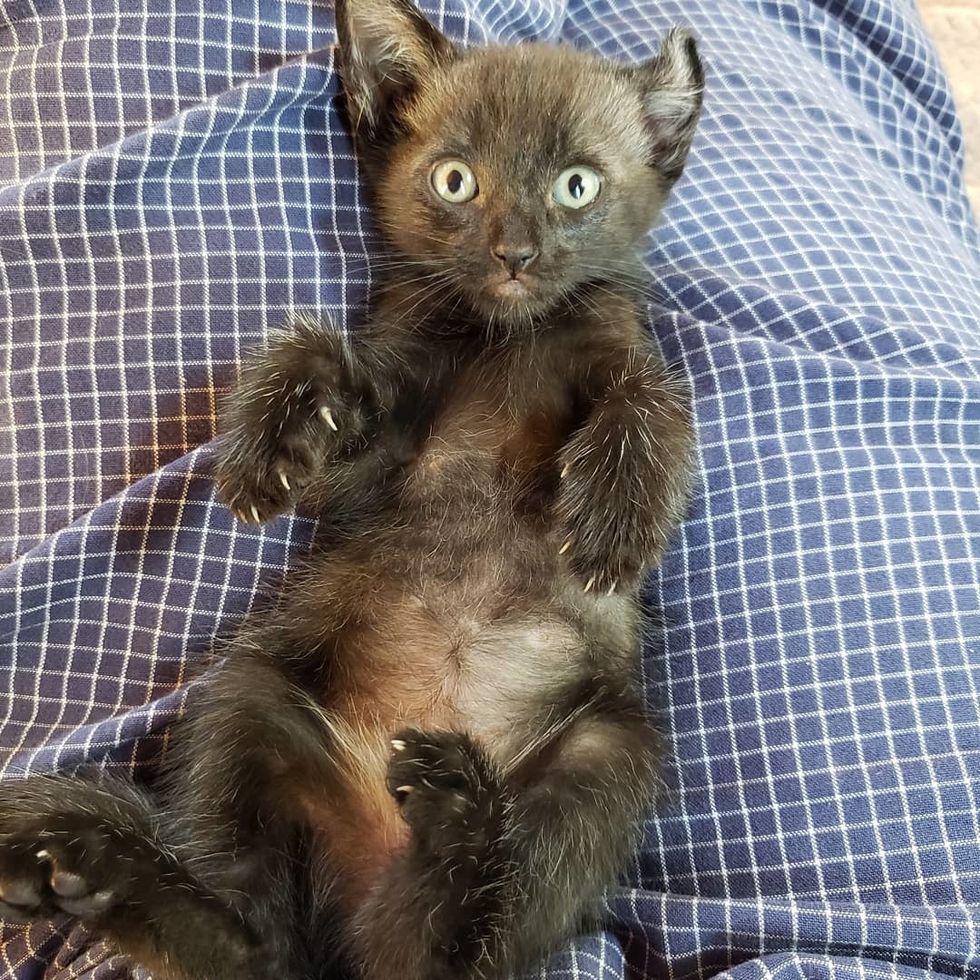 Mary stayed up overnight to get Kesto rehydrated, monitor his progress, and keep him comforted. "I was rewarded with the most perfect and tiny biscuits and tummy rumbles I've ever received."

The next morning, Kesto perked up and even started eating. "He trusted me from the moment I touched him. I was absolutely in love, and I knew he was going to be my new baby." 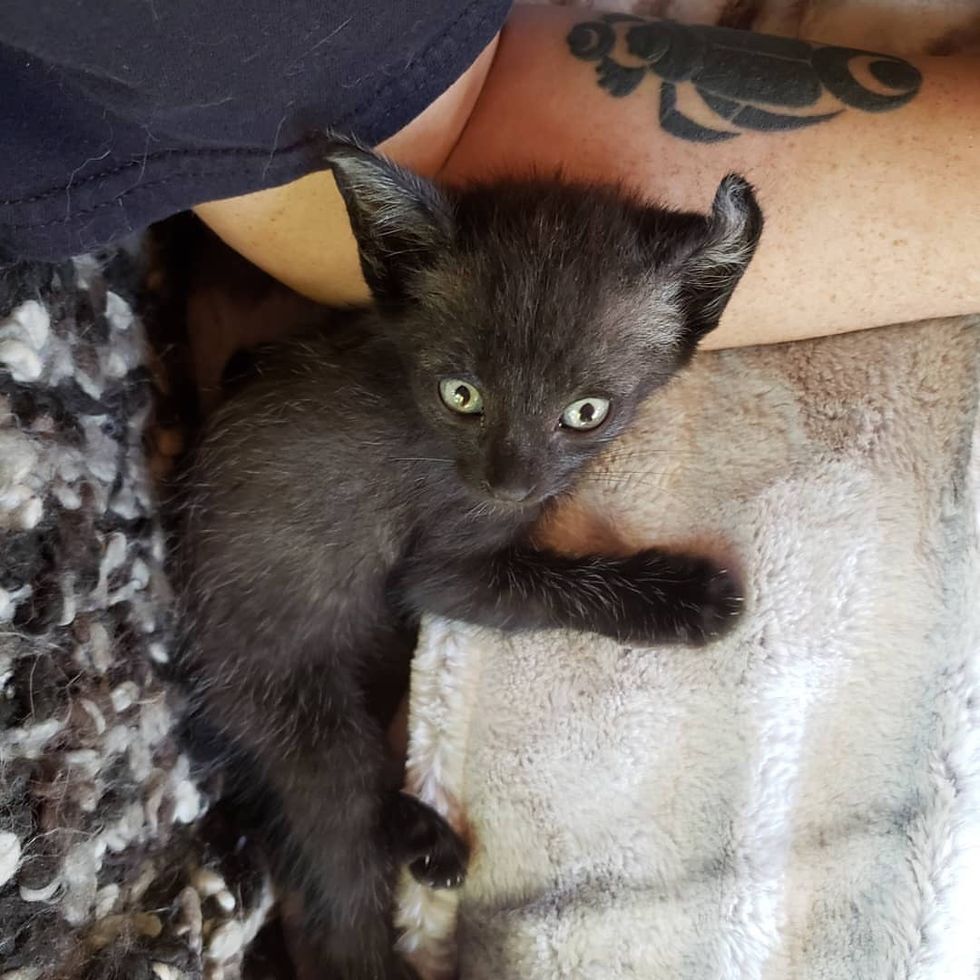 Despite daily cleanings of his affected ear, it couldn't be saved, but his nose and paw healed up wonderfully.

"He looked like a little teapot for about three days as his ear curled in on itself. He lost about 70% of his ear tip. It basically had been singed," Mary told Love Meow.

The remaining bit eventually dried up and fell off. 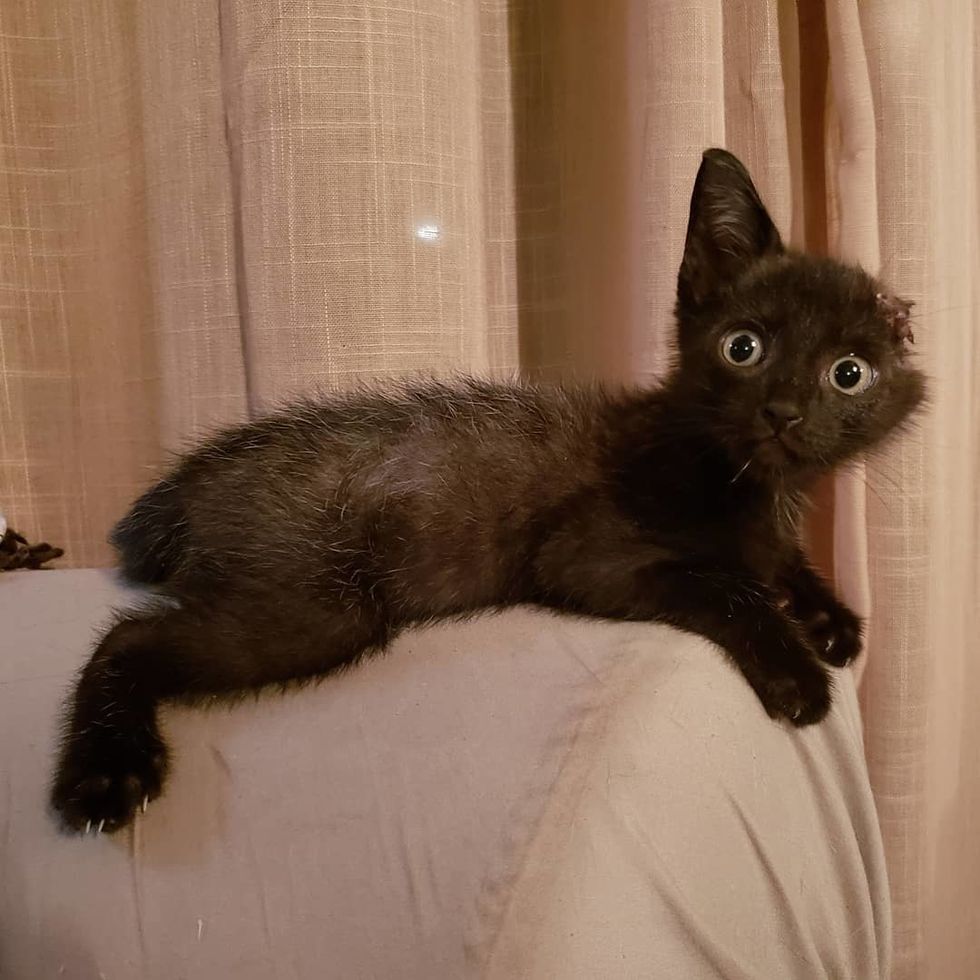 "Vet gave him antibiotics and an ointment that I needed to apply twice a day for up to about a week after it came off," she added. "He had regular check-up with the vet and they said it healed about as well as such an injury could have."

Watch Kesto's journey in this video:

Mary's dog, Rio, has been very nurturing to Kesto.

"She was the best auntie while he was healing. Between cleanings, she would lick his ear and help keep it healthy." 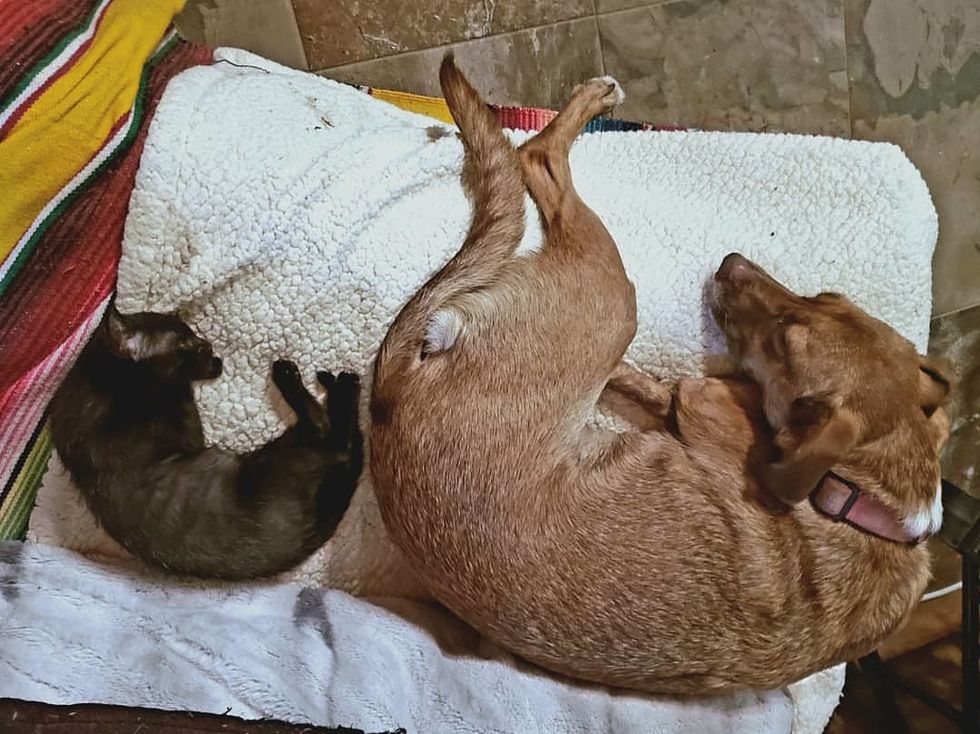 Their other cat East has taken him under her wing.

"They play together all the time, up and down the cat trees. They are inseparable." 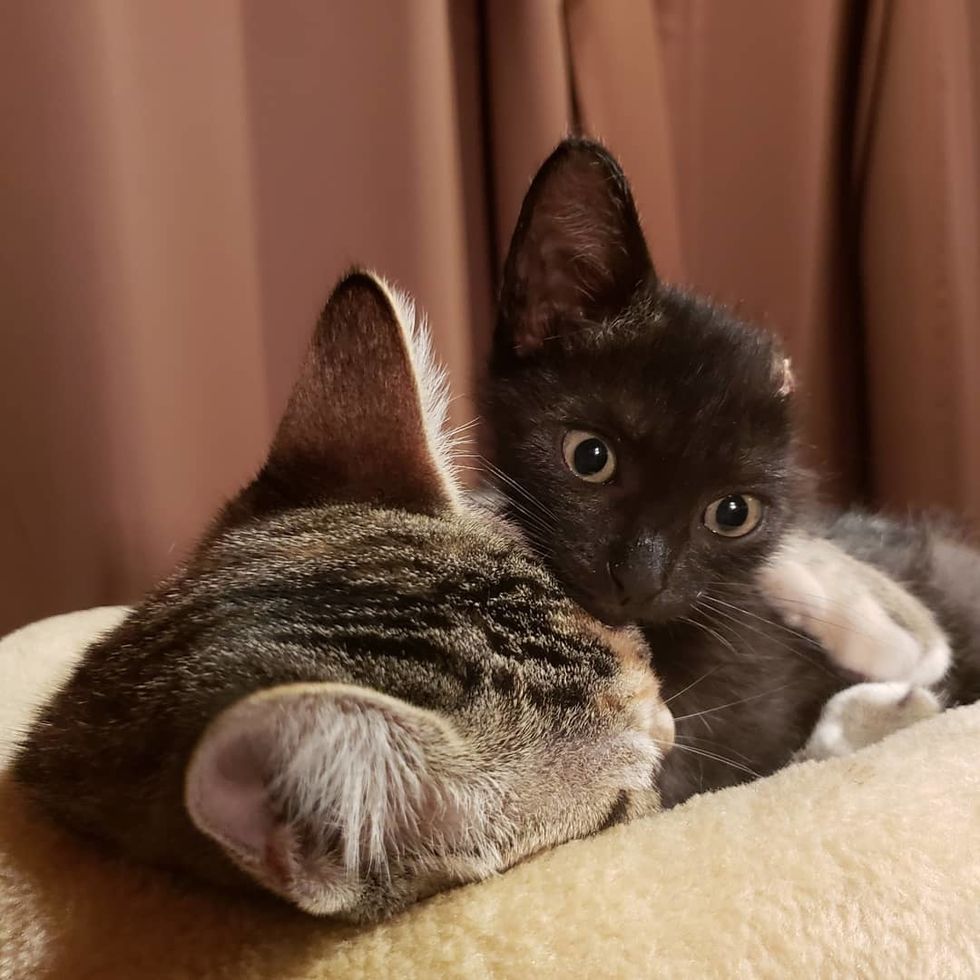 He will switch on his purr motor on high and bury himself in the blankets for some bedtime snuggles with his human mom. 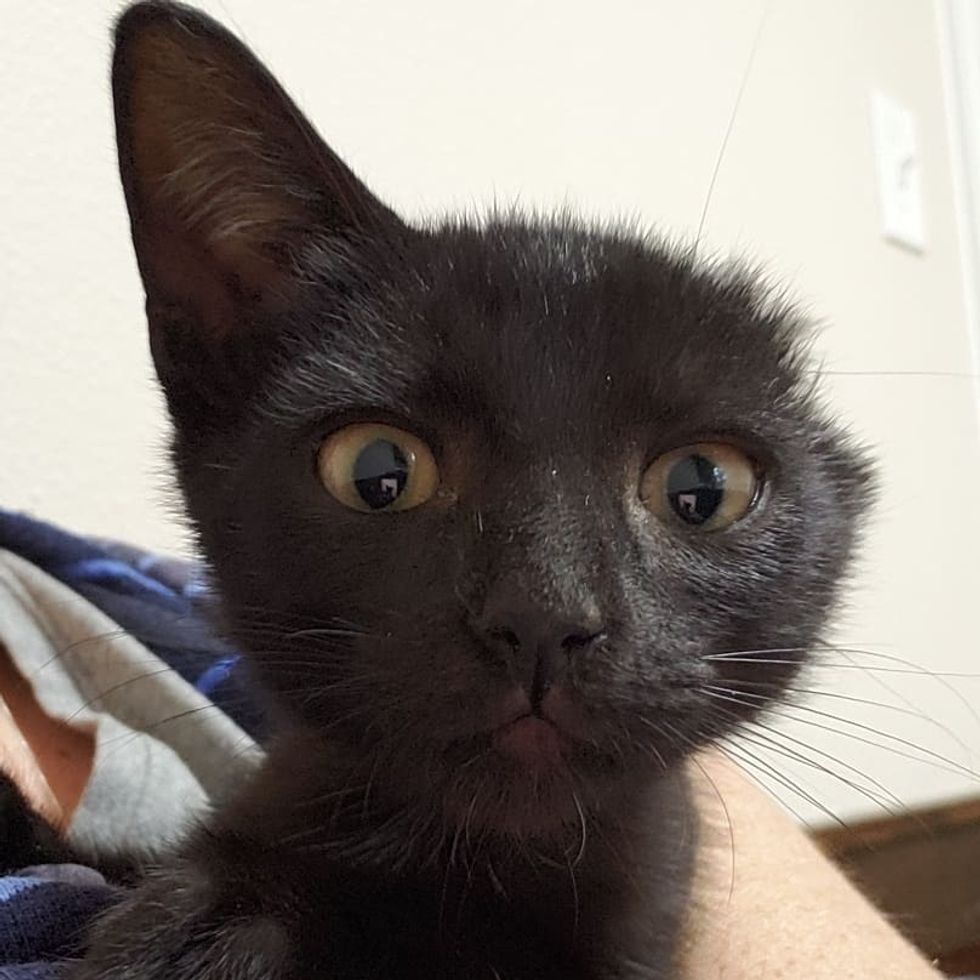 The family often brings home foster kitties. Kesto adores them and showers them with baths and cuddles.

Lucas, one of Kesto's former fosters, learned to trust and be confident while being with him. "He was instrumental in helping him transition into a home life and making him feel as spoiled as every baby kitty deserves," Mary told Love Meow. 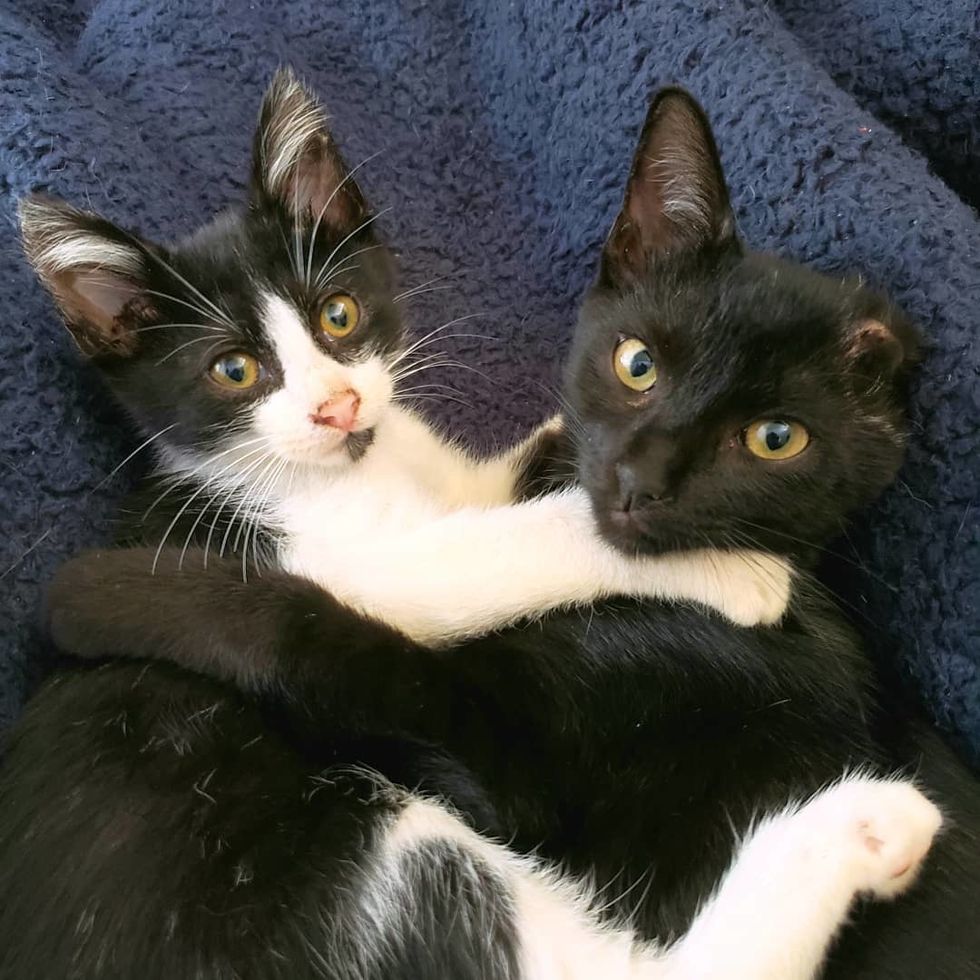 Kesto is five months old and has blossomed into a gorgeous kitty with a big heart.

"He has made such good progress and grown into such an amazing little cat. I fall in love more everyday," Mary said. 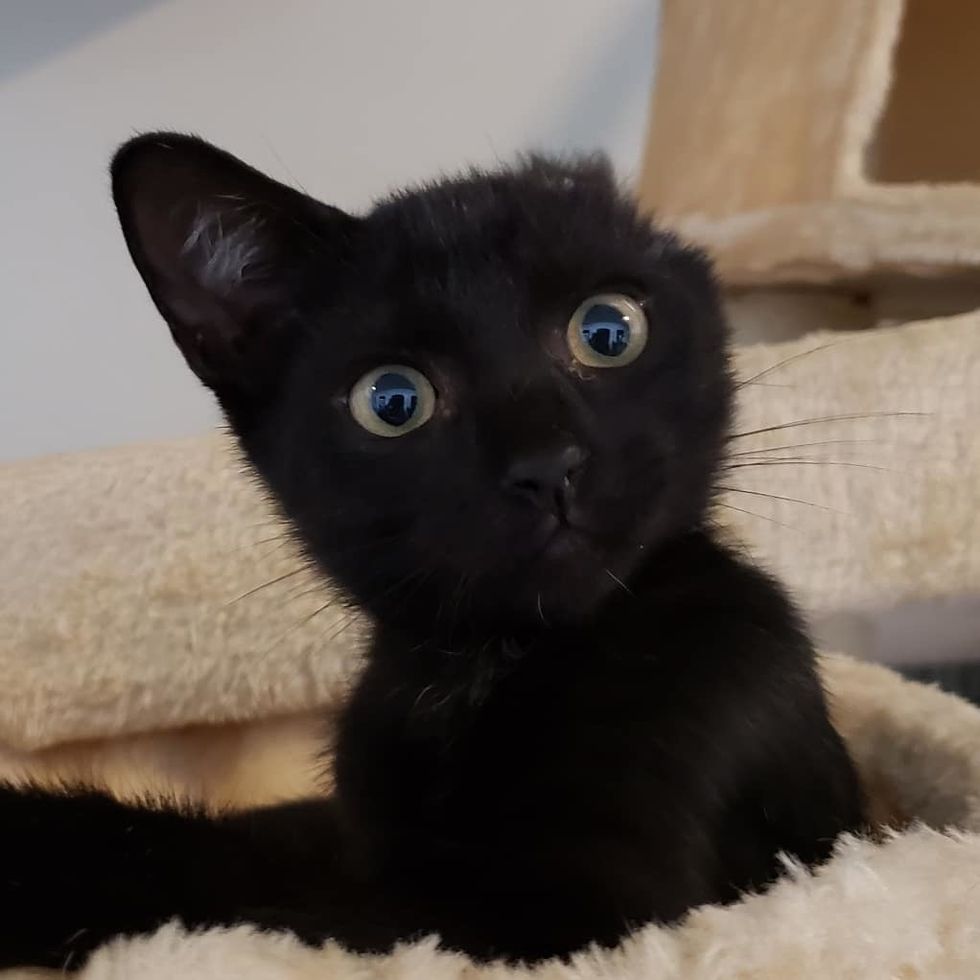 Related story: Rescuer Cuddles Kitten Overnight to Save Him After Nothing Else Worked