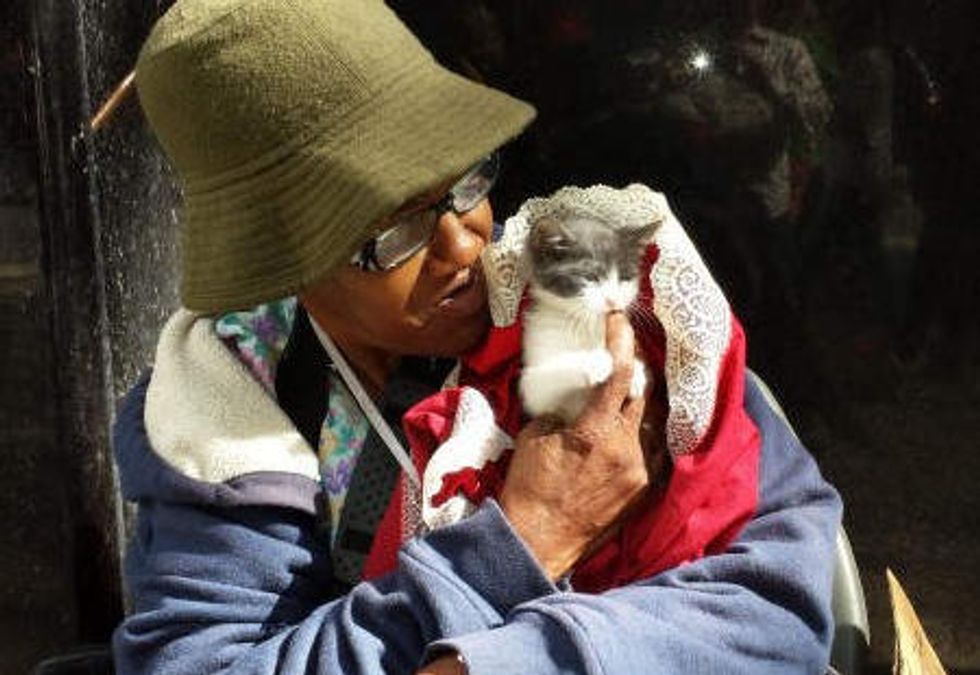 Unlike many homeless people in the city of Chicago and across America, a homeless woman has found hope from a tiny creature - a little kitten who found her and became her only family.

According to Chicago Now, the woman was forced out of the house after a fire that destroyed her home. "…as she told me the worst thing about the fire was that she lost her cat. She said that someone gave her this little kitten (which she clearly adores), and she named him Smokey," Steve Dale wrote on Chicago Now.

"I don't know what will happen to us, or how long we will be out on the street. I never thought this would ever happen to me. But I have little Smokey here!" she said to Steve.

Ever since Smokey came into her life, she's gotten from help from passerby's. "The kitten is lovable. People are attracted to him. I would be. No one really wants to hear the story of a homeless person. Everyone wants to see a kitten. For me, this kitten means hope."

A tiny kitten found a homeless woman who was forced out on the street after a house fire.

The tiny kitten has brought more than just love to the homeless woman. "For me, this kitten means hope."